* Instant recipes for your Instant Pot
* Vegan, keto, paleo and gluten-free options
* Suitable for chefs of all levels

The Instant Pot was an instant hit and one of the top-selling holiday gifts in 2017. Basically, if you do not own one by now, you might want to play catch-up. This easy-to-use pressure cooker is a 7-in-1 device that promises one-pot meals in less time, plenty of cooking options and easy cleanup.

To help make the most of your Instant Pot, we’ve listed some of the best cookbooks to accompany your new kitchen gadget that are made specifically for crock pots, pressure cookers, and smart cookers.

If you are following a Ketogenic Diet plan there is no need to be exempted from easy cooking. The Keto Crock Pot Cookbook has been created so that finding success with the ketogenic diet comes easy. The recipes are all quick and easy to prepare, and the book also equips you with all the information you need on how to approach the keto diet. 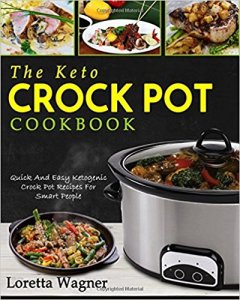 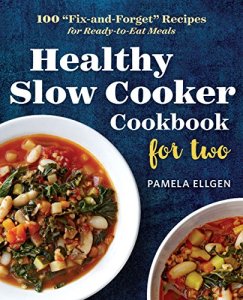 For those following the paleo diet, this cookbook is for you. The Paleo Slow Cooker Cookbook contains 250 paleo-specific recipes that can all be prepared in your slow cooker. From meat and seafood to everyday easy-to-cook recipes, this book has you covered. Also included is a list of ingredients, cooking times and nutritional information. 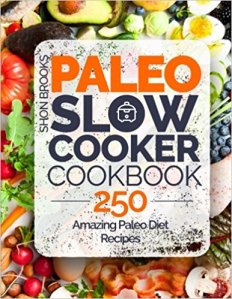 Perfect for you Mexican food lovers out there, the Mexican Slow Cooker Cookbook contains flavorful Mexican dishes that basically cook themselves. More than 80 slow cooker recipes and 10 bonus recipes for homemade staples like corn tortillas to salsa verde are included. It also is full of tips for using your slow cooker effectively and more efficiently. Most dishes in the book take less than 20 minutes of prep time and a list of must-have pantry items to keep on hand are included as well. 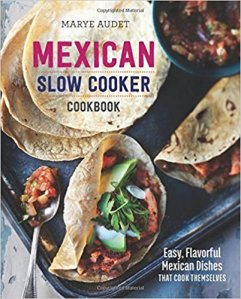 The Super Easy Vegan Slow Cooker Cookbook is the slow cooker’s take on creating easy and fast vegan meals at home. 100 easy and healthy recipes are easy to follow and can be created with just 15 minutes of active prep time. 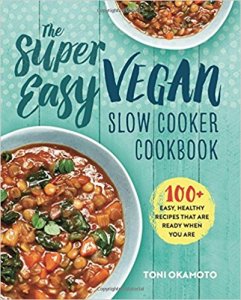 The Super Easy Vegan Slow Cooker Cookbook: 100 Easy, Healthy Recipes that Are Ready When You Are

Soups and stews are not the only things slow cookers excel at. The Meat Lover’s Slow Cooker Cookbook will show you how to make hearty, easy meals all with your favorite cuts of meat. From sliders to roasts and ribs, there are more than 100 recipes to satisfy any meat lovers craving. In addition to the main dish, the book gives you options on what side dishes to pair with your protein, and will save you money by explaining how to turn less expensive cuts of meat into quality dishes. 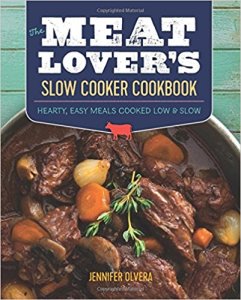 7. The Everything Gluten-Free Slow Cooker Cookbook

The Everything Gluten-Free Slow Cooker Cookbook is a must for those following a gluten-free diet. Hundreds of gluten-free recipes from chicken alfredo to pineapple cake are included, along with specialized slow-cooking tips and advice on how to eliminate wheat derivatives from your meals. 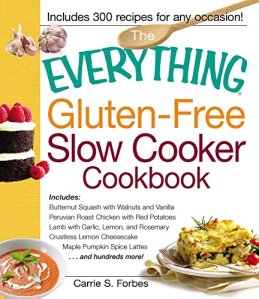 The Everything Gluten-Free Slow Cooker Cookbook

1400 slow-cooker recipes are included in this popular Fix-it and Forget-It Big Cookbook. With easy-to-understand recipes and easy to use language, the meals in this book have been collected from some of America’s best home cooks, and tested in real life settings and selected from thousands of recipes. 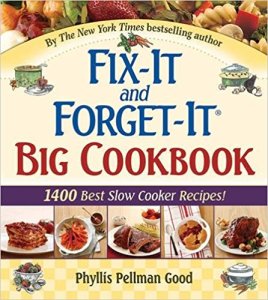 The Slow Cooker Revolution contains recipes from a team of ten test cooks at America’s Test Kitchen who spent a year developing recipes for slow cookers. The book contains over 200 recipes complete with detailed pictures that will change the way you use your slow cooker forever. 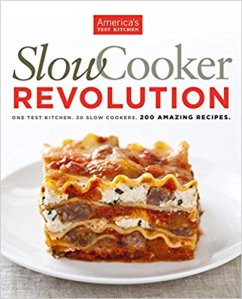