Those crazy shots of Wakanda that you saw in Black Panther as T’Challa flew over his beloved country? The majority of them were all shot with a drone, swapping the sweeping vistas of the Golden Gate Highlands in South Africa for the fictional sub-saharan nation in the Marvel universe. But drones aren’t just for movies anymore though, as companies make it easier for everyone to get the shot.

From Rolling Stone:
Since arriving on the scene just over a decade ago, drone cameras have become an integral part of moviemaking, capturing everything from action-packed chase scenes (think the opening motorcycle sequence in 2012’s Skyfall) to sparkling aerial footage of a city, beach or island (think every reality show montage ever).

While drones can still run into the four (or five) figures, there are a couple of brands out there making well-reviewed drones that deliver similar performance for a fraction of the price. These cameras get you shots that ordinary hand-held cameras can’t, from soaring above a canopy of trees, to following your car as you speed around a race track. It’s the birds-eye view you’ve always wanted, all controlled from the palm of your hand.

Simply charge up the camera battery, pair the drone with your phone or tablet (so you can “pilot” it from your device), then find an open spot to let it into the sky. Ready to start capturing those show-stopping shots? Here are four of the best-reviewed drone cameras under $500.

If you’re just starting out with a drone camera and only need it for casual use (say, capturing a family trip or shooting festival footage for your social media accounts), you won’t find a better beginner drone than the Altair 818 Hornet.

Super easy to set-up right out of the box, the drone features a wide-angle, 720p HD camera, and gets you 15 minutes of flight time. Add the second included battery and you’ll get 30 minutes flying time total. Pair it with your phone to get a first person view (FPV) of what your camera is seeing. The drone’s durable construction makes it strong enough to ensure a stable flight, but lightweight enough to carry with you without weighing you down.

What we like: there’s only one button for both take off and landing, making the controls easy to understand. Three controller skill settings let you up your game and try new tricks once you get used to the camera and its capabilities. 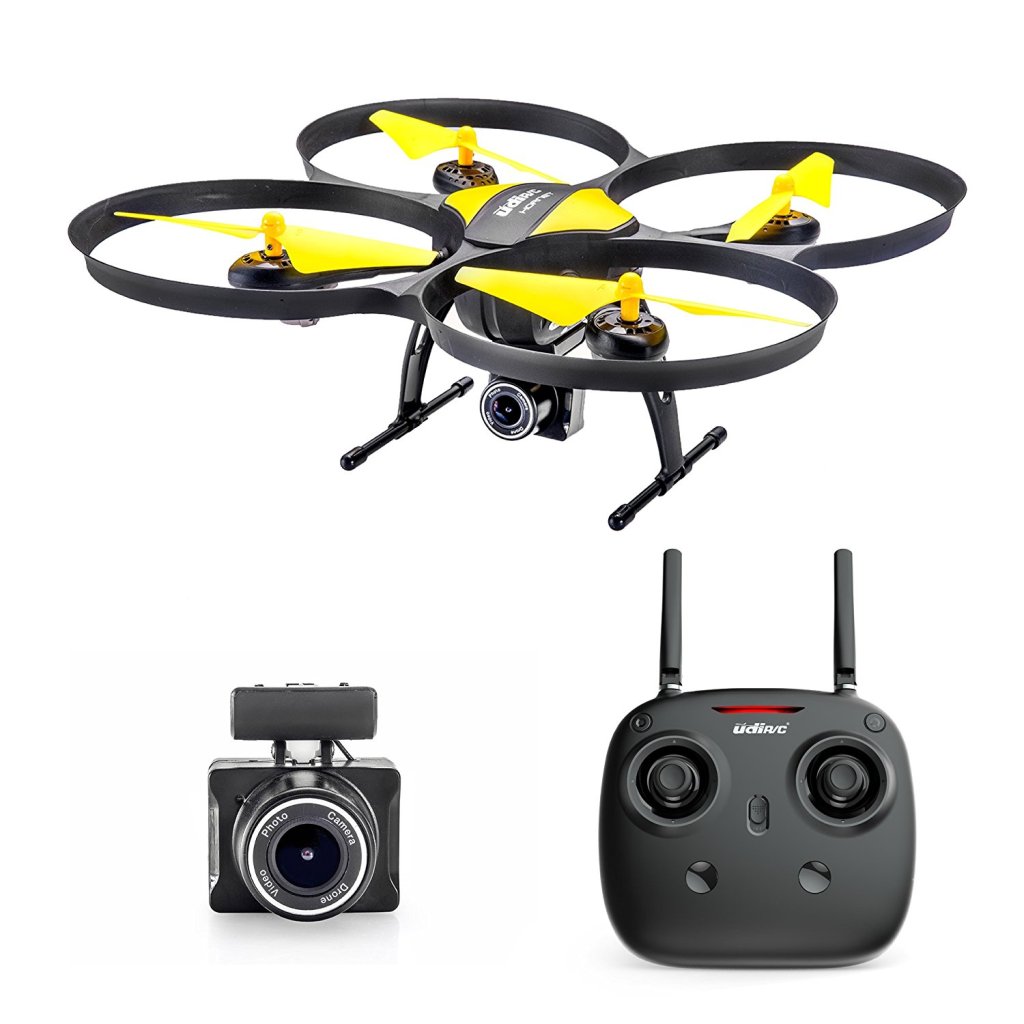 This high-definition drone features an advanced GPS system that hones in on the subject you want to shoot and tracks its motion, making sure the camera is focused and centered at all times. Holy Stone calls it the “follow me” feature, and it’s one of the best parts of these new drones. You no longer have to manually set a focus point or struggle to zoom in and out of your subject.

The drone is a step up from the previous model on the list, shooting in 1080p HD with a 120° wide-angle lens. The battery charges in as little as three hours, for up to 15 minutes of flying time.

What we like: the camera only weighs 700 grams (including the battery), and this set comes with eight propeller blades, propeller guards, a USB cable and a fireproof storage bag. 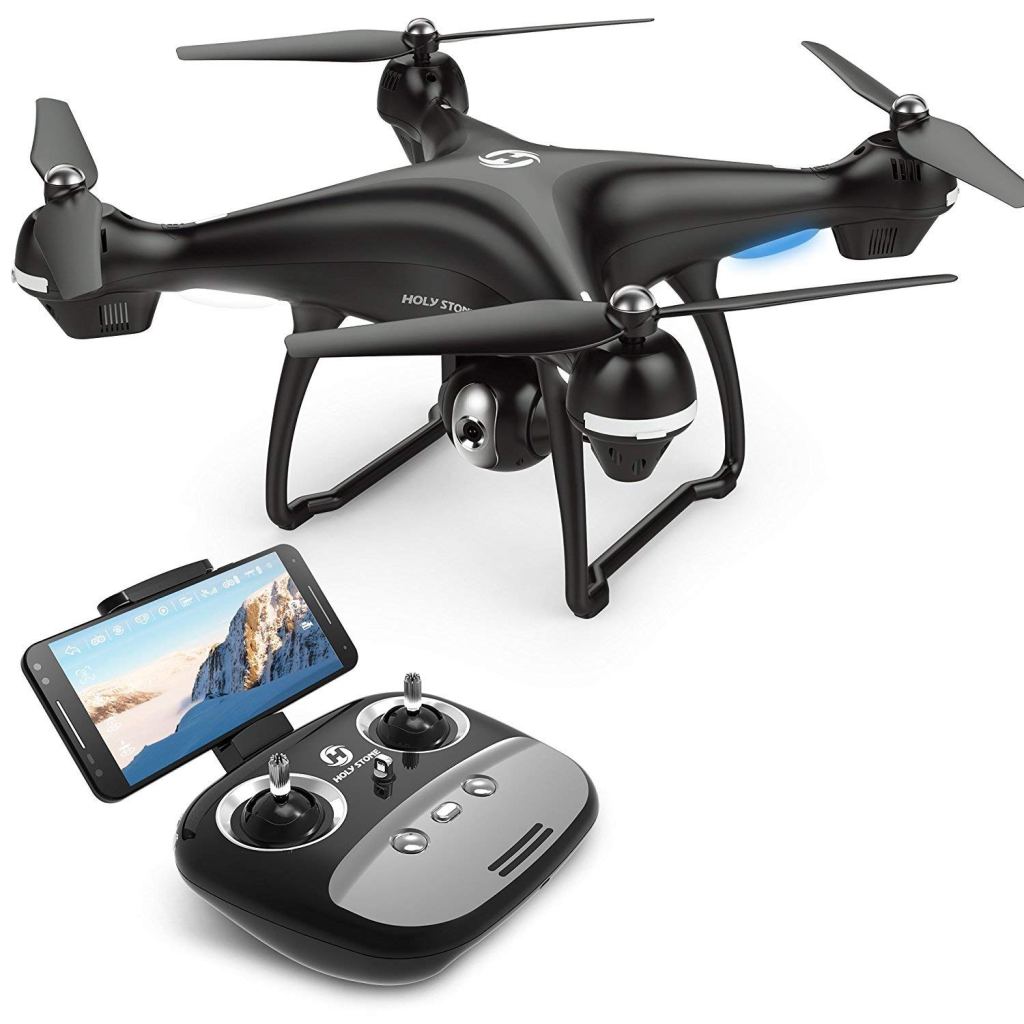 DJI is one of the leading names in drone cameras and this mini drone features super intelligent flight controls, a mechanical gimbal and a camera that delivers incredible image quality while maintaining stability in the air for shake-free shots.

DJI’s “FaceAware” technology zooms in on the subject you want to capture within seconds and keeps the focus throughout its flying time. Most people will get a drone for video footage, but drone cameras are also great for expansive still photos as well. The Spark shoots 12MP photos (say, of you on top of a mountain) and 1080p full HD videos.

What we like: the drone’s 3D obstacle-detection system helps it avoid buildings, poles, birds and other physical deterrents in its flight path, and the accompanying DJI GO 4 app lets you edit and filter your pics and videos on the go. Connect your drone to WiFi and instantly share your shots to social media. 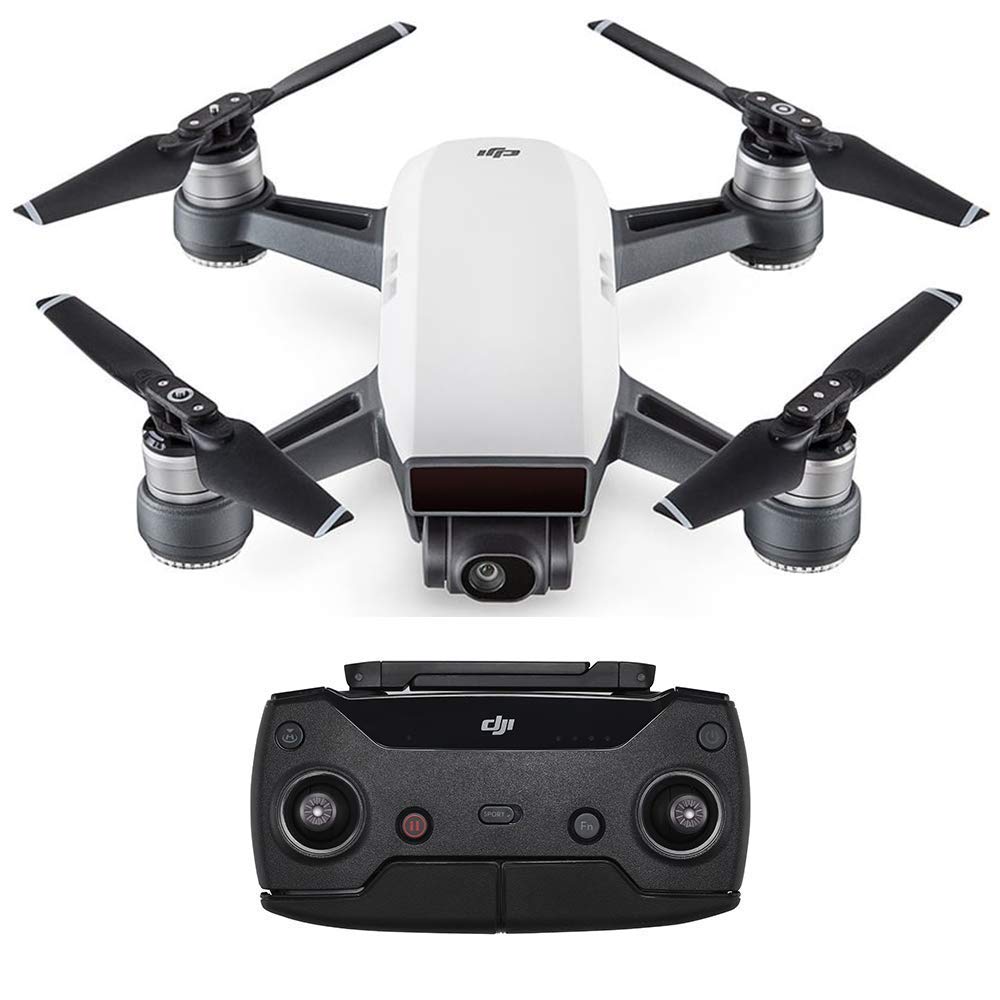 Don’t let the small size fool you, this Yuneec drone is one of the best values under $500, offering movie-level video (up to 4k) in a portable, durable package. It’s one of the most feature-packed drones in its class, with 33 minutes of flying time and speeds of more than 44 miles per hour. Control the drone via your phone or with its voice control technology.

What we like: Yuneec’s facial detection and gesture control. Just turn the camera on and smile into the lens and the Mantis Q will remember your face when it’s taking a photo — even from dozen of feet away. The gesture control mode, meantime, lets the camera zoom in you — or your subject — with something as simple as a hand wave.

The Mantis Q features foldable arms that make it easy to pack, and it weighs less than a pound. Available in five colors. 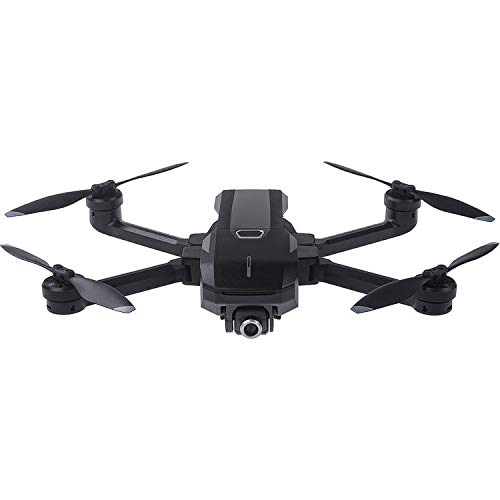 This story was republished with the permission of Rolling Stone. To read the original article, click here.