Awards season is in full swing and if you’re looking for a timely gift for your next birthday party, for your boss, a colleague’s going-away or just because, our sister site Variety has found 9 great gifts inspired by this year’s critically and audience-acclaimed films.

From Variety.com:
From superheroes to super nannies, 2018 was a year full of memorable characters — and memorable movies. Whether you’re a big film buff, an avid follower of a popular franchise, or have a couple movie fans in your life, here are nine gifts that capture the fun of some of this year’s biggest films.

“Won’t You Be My Neighbor?” was one of the best-reviewed films of 2018, with Variety‘s Owen Gleiberman calling it “the most glorious documentary of the year” (stream, $3.99 on Amazon). Directed by Morgan Neville, the film focused on the life and quiet impact of Fred Rogers, the affable host of “Mister Rogers’ Neighborhood.” Get this Mister Rogers vinyl figure from Funko POP! as a fun stocking stuffer this year. Holding his iconic “Neighborhood Trolley,” the Mister Rogers figure stands just under 4″ tall and comes in a window display box that’s ready for gifting.

2. “The Hate U Give” Graphic Print Mug

Inspired by the best-selling book (hardcover, $14.24 at Target), “The Hate U Give” was one of the most socially and culturally relevant films of the year, tackling issues of class divide, violence, and systemic racism, all told from the point of view of a teenage girl struggling with her own issues of love and acceptance. This ceramic mug captures the spirit of the film while drawing aesthetic inspiration from the original book cover.

The Hate U Give Mug

There’s a ton of great, fan-driven merch from Redbubble that includes everything from phone accessories to bags to apparel, all inspired by the hit Lady Gaga and Bradley Cooper film (browse here). We love this Jackson Maine shirt, inspired by vintage concert tees and available in a cool, washed yellow color. Sizes XS to 3XL. 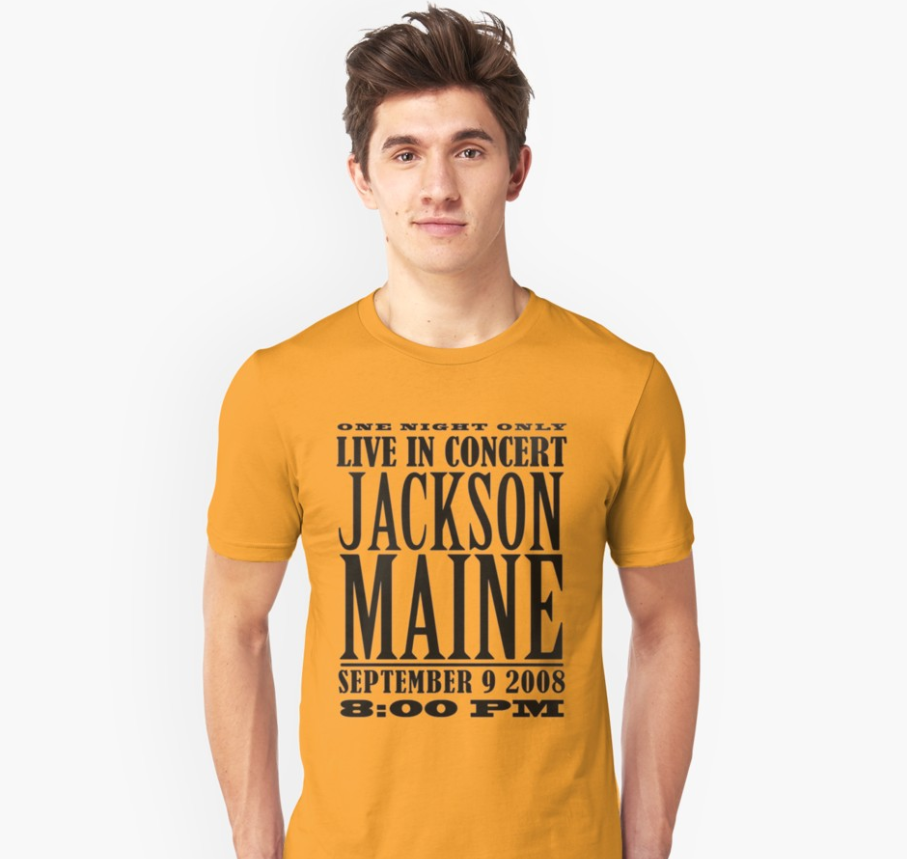 A Star Is Born T-Shirt

This collector’s edition box set contains all six of the films from Tom Cruise’s “Mission: Impossible” franchise, including 2018’s “Fallout” (stream, $4.99 on Amazon). The adrenaline-pumping set is available in Blu-ray and 4k Ultra HD, and includes an exclusive collectible book, “Ethan Hunt’s Case File,” which goes behind the scenes of the film’s most memorable missions.

“Bohemian Rhapsody” continues to be a box office hit, with Rami Malek’s portrayal of Freddie Mercury earning the actor raves from fans and critics alike, along with a surprise Golden Globe win for “Best Actor” and “Best Picture.” This original oil on canvas painting from British artist Rachel Maggart, depicts Mercury taking his final bow, the faces of the audience awash in a sea of muted tones. According to the artist, this painting, titled “Queen,” is also a “depiction of constitutional monarchy in the present era, exploring the fine line between tourist traps and sacred repositories of history, both of which England’s matriarch has come to personify.” Painting measures approximately 40″ x 27.” See more from the artist and other original pieces here.

6. “If Beale Street Could Talk” on Paperback

There were a number of well-received film adaptations of popular books this year, from Garrard Conley’s “Boy Erased” ($10.87 on Amazon), to Lee Israel’s memoir, “Can You Ever Forgive Me?” ($11.98 on Amazon). One of the most acclaimed film adaptations of 2018 is Barry Jenkins’ “If Beale Street Could Talk,” adopted from the James Baldwin novel of the same name. The book follows a young couple who are expecting a baby and engaged to be married, only to be torn apart by a crime that may or may not have actually taken place. Get tickets to see the film in theaters here, and grab a copy of the original book to see how it all started.

If Beale Street Could Talk

Damien Chazelle’s “First Man” tells the story of Neil Armstrong and NASA’s mission to land a man on the moon. Armstrong’s historic achievement set off an era of space exploration and travel that continues to this day. This illustrated 500-piece puzzle features every crewed space mission since 1961, from the space race of Vostok vs. Mercury to the famed Apollo program and beyond. The set includes a full-color reference poster with the puzzle design on the front and every mission date, objective, spacecraft and country of origin on the back.

Great for “Black Panther” fans young and old (stream, $3.99 on Amazon), this inflatable plush toy measures just over two feet tall and is part of ThinkGeek’s officially-licensed “Avengers: Infinity War” merchandise. The included air pump inflates the toy in minutes, while weighted feet allow it to stand on its own. The box includes the inflatable form, air pump hose, manual air pump, and repair patch.

Just in time for the release of “Mary Poppins Returns” (get a free song download with ticket purchase here) Disney has released this limited-edition replica of Mary Poppins’ outspoken parrot head umbrella. This working umbrella comes with a sculpted parrot head handle in a faux wood finish and gold accents. This umbrella is being released in a limited run of 6100 units, making it a true collector’s piece. Purchase of this item is limited to one per guest.

This story is being republished with the permission of Variety. To read the original article, click here.