The microphones included in a gaming headset are certainly getting better and better, but for premier audio quality, nothing beats a standalone gaming microphone. Though specifically designed to provide the best sound quality possible, many also provide the versatility to stream or record outside of the gaming arena.

What To Look For in the Best Gaming Microphones

If you are going to take the plunge and get a dedicated gaming microphone, you should consider how you are planning to use it, and the microphone’s available polar patterns. A polar pattern is the area around the diaphragm that records audio. And there are different types of polar patterns used for different situations. The most common are:

Cardioid or unidirectional: The microphone only records from one area and is best used for a solo speaker.

Bidirectional: The microphone can record out of two different areas. Good for podcasting with two people with one mic between them.

Omnidirectional: Able to record noise from all around a room. This is good for situations where multiple people are talking or playing music in a single room.

You should also consider the style and features of your gaming microphone. Some have awesome RGB lighting as you talk while others are rather plain, but by forgoing the cool colors, you can save yourself some coin and not compromise on audio quality. It really depends on your personal preference.

When you’re ready to take your gaming, Twitch, or YouTube channel up a notch, level up your audio recording prowess with one of these premier gaming microphones below.

The HyperX QuadCast is the total package of sound quality, features and aesthetics. Not only does it produce great vocal clarity, but it also looks equally as great while doing so as the mic illuminates red when in use. You can also turn off the red light with a simple tap on the top of the microphone. The shock mount and stand are sturdy in keeping your mic from moving and making unwanted noises during gameplay. Beyond gaming, the mic can be switched between four different polar pattern settings for different recording scenarios showing off this mic’s versatility beyond gaming. 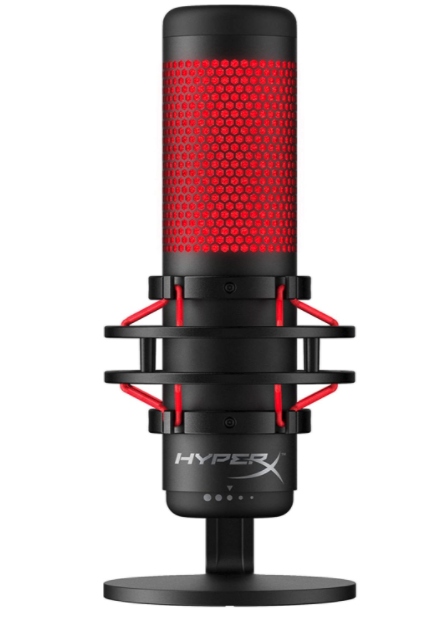 The Roccat Torch is one of the cleanest and most user-friendly gaming microphones around. The base comes with mixer-style controls that allow you to make adjustments to the sound quality on the fly. Speaking of on the fly, you can quickly mute the microphone with a contactless gesture. While unmuted, the RGB lighting is reactive and lights up with your speech. Roccat knocked it out of the park with the Torch. 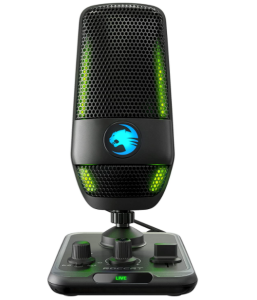 The Shure MV7 forgoes all of the vibrant RBG colorations and focuses on what’s most important  — making you sound great. It’s a pro-level microphone that has a hybrid input that works with both XLR and USB interfaces and even has the vocal clarity for recording vocals over music or podcasting. The only real downside we see is that it doesn’t come with a stand, but that’s a small omission when you consider the quality of the recordings this gaming microphone produces. 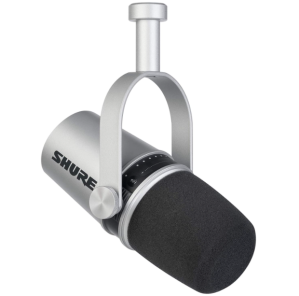 If you are looking for the sound quality of the QuadCast, but on a shoestring budget, the SoloCast performs like its high-end counterpart without the price tag. Of course, you lose the sweet lighting as well additional polar patterns for different recording situations, but if sound quality is king, as well as price, it’s hard to find a better-sounding gaming mic in this price range. 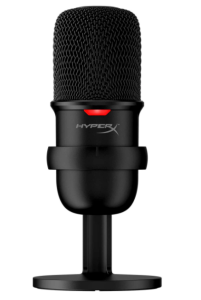 The bread and butter of the Elgato Wave:3 comes in the form of anti-clipping technology that keeps your vocals from sounding blown out even when your voice ramps up. This is great for those who get a little too excited during streams. It’s a great microphone for gaming, and individual streaming, but the limited pattern types make it difficult for additional streaming situations where more than one person is talking into the microphone. 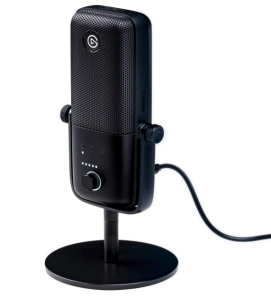 The Blue Yeti microphone is the mark of consistency and ease of use. It is one of the longest-standing gaming microphones and is still a favorite amongst many streamers, and for good reason. It sounds great and is incredibly easy to use with just a single volume button on the front and four polar patterns that adjust to different recording situations. The stand is incredibly sturdy and the look is straight-up classic. 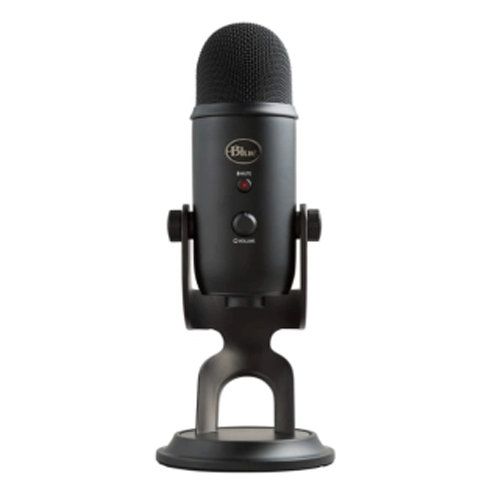 Essentially small enough to fit in your laptop bag and priced around $40, the Razer Seiren Mini is portable, affordable and sounds rather good for a budget-friendly gaming microphone. It has a nice dry soundscape meaning there is no artificial coloration — what you say is what you get, which is preferred among many streamers. It’s not heavy on features — there’s only one polar pattern and there aren’t any mixing knobs or a mute button. But it does come in a variety of colors so you can pick one up that matches your personal style, which is a nice touch. 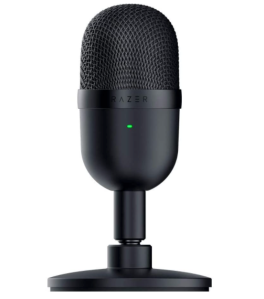 If you’ve yet to experience the Blue Yeti, or any other gaming microphone for that matter, the Blue Yeti X is an upgrade in sound quality and features compared to the classic. The upgrades aren’t staggering, but extra condenser capsules provide better sound quality and the additional knob that allows you to switch between polar patterns is welcome as well. And like the Yeti classic, it’s about as reliable as gaming mics come. 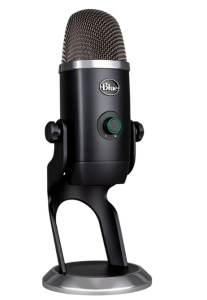 The Rode Mini is stripped down and great for those who don’t want to spend a fortune, want a simple operation, but still want the sound quality to be top-notch. The Mini is small enough to fit in your bag and has only a headphone volume knob and mute as its only features. It does come with its own software, but it’s proprietary to the Mini, so if you choose to switch up your microphone later in life, you’ll have to switch up software as well. 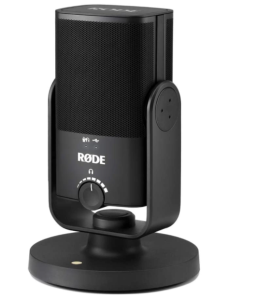 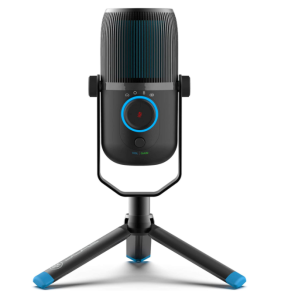