There’s a new Jurassic Park film out, Jurassic World: Fallen Kingdom, proving that the thrill of these dinosaur-themed adventures is far from extinct.

Get a free poster with ticket purchase to Jurassic World: Fallen Kingdom

Fallen Kingdom promises a Jurassic World as we’ve never seen before, with elements of gothic horror, conspiracy theories and inventive takes on classic monster film tropes. And while the original film came out some 25 years ago, it seems fans are still clamoring for more, judging by the hype for the new movie.

Whether you’re a dinosaur-obsessed fan, movie memorabilia hound or just looking for a fun gift to give this season, here are 10 of the best gifts for fans of Jurassic Park.

This blue short-sleeve button down features genuine Jurassic Park imagery, just subtle enough that you might have to look at it with a paleontologist’s eye.

Time may have stopped long ago for this fossil T-Rex, but you can be sure to get to your meetings of the Royal Society on time with this classy woodgrain watch. 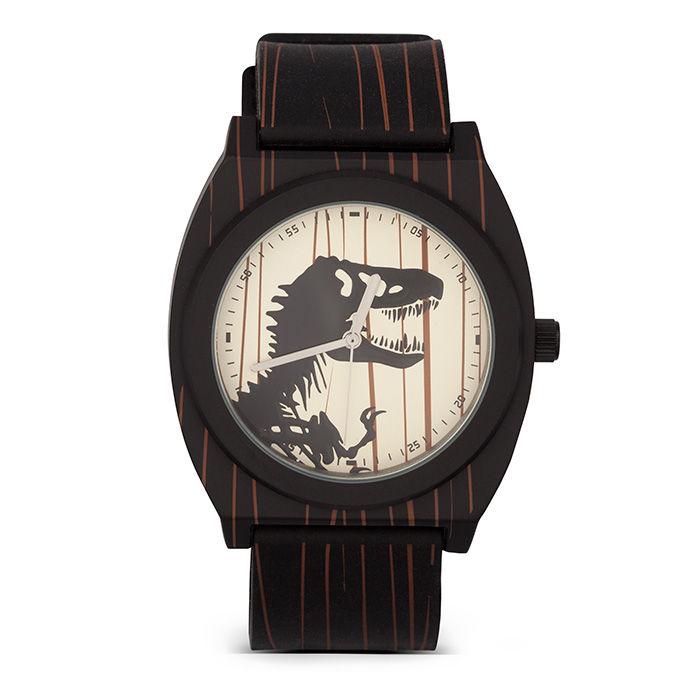 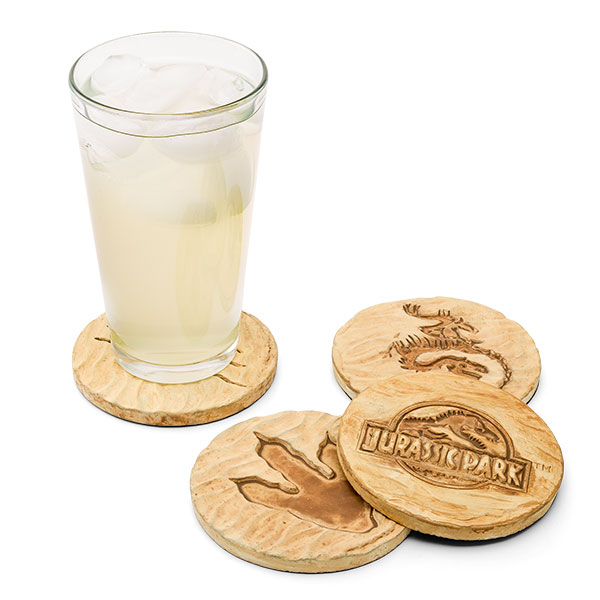 This Jurassic Park T-shirt has an oversized T-Rex among some Jurassic-looking foliage. The dinosaur may have silly, tiny arms but this shirt comes in a variety of sizes so it’ll look good even if you have (proportionally) much larger arms. 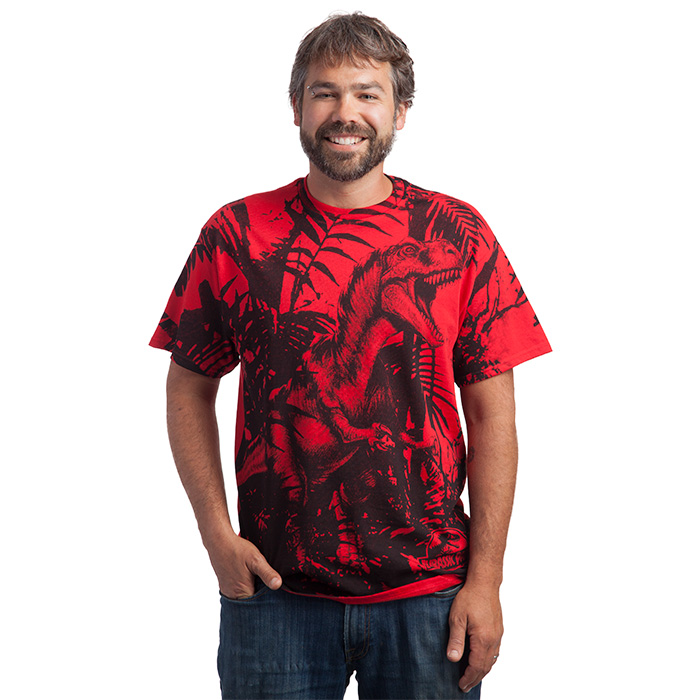 A real treat for Jurassic Park insiders, this coffee mug features the logo of the fictional InGen company, you know, the outfit that cloned the dinosaurs and thought it could outsmart nature. But, just like you in the morning when you’re determined to get some caffeine, nature finds a way. 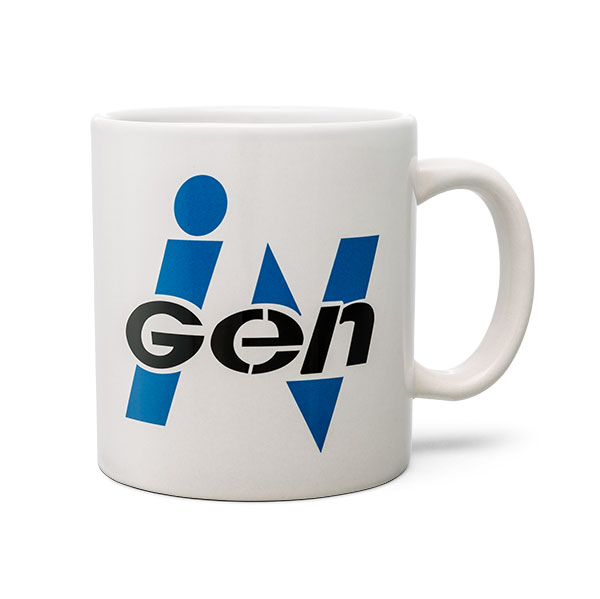 This unique, limited edition ThinkGeek original T-Rex statue comes on a base with the Jurassic Park title logo and represents an altogether safer way to bring back a dinosaur. 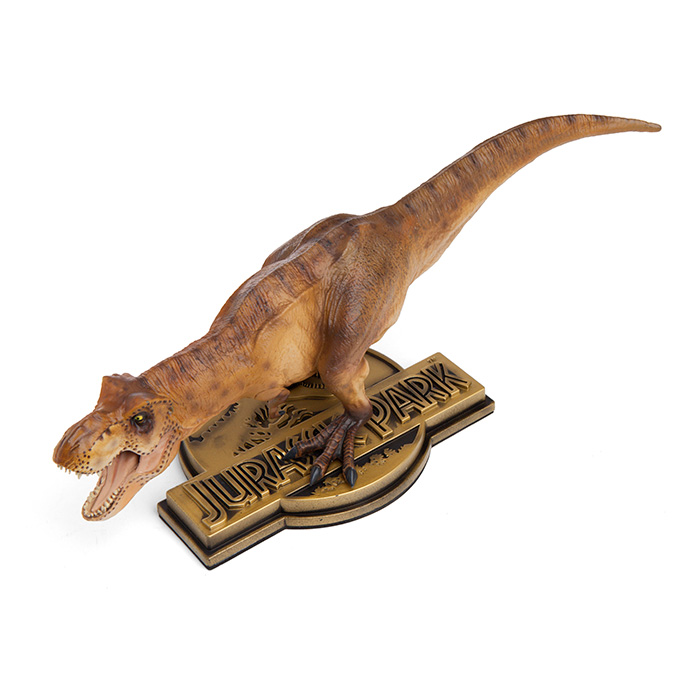 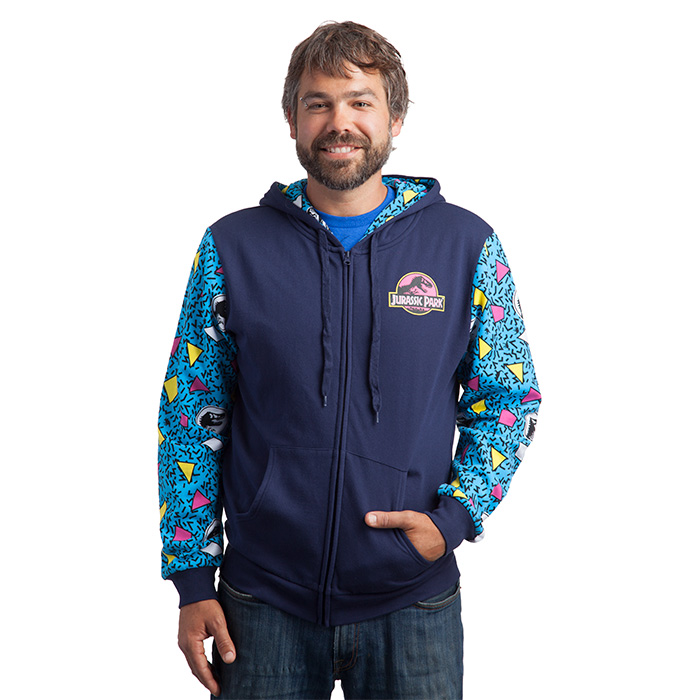 If you feel that tea is the king of the beverages, just like paleontologists dubbed T-Rex the “king of the thunder lizards,” then this mug’s for you. 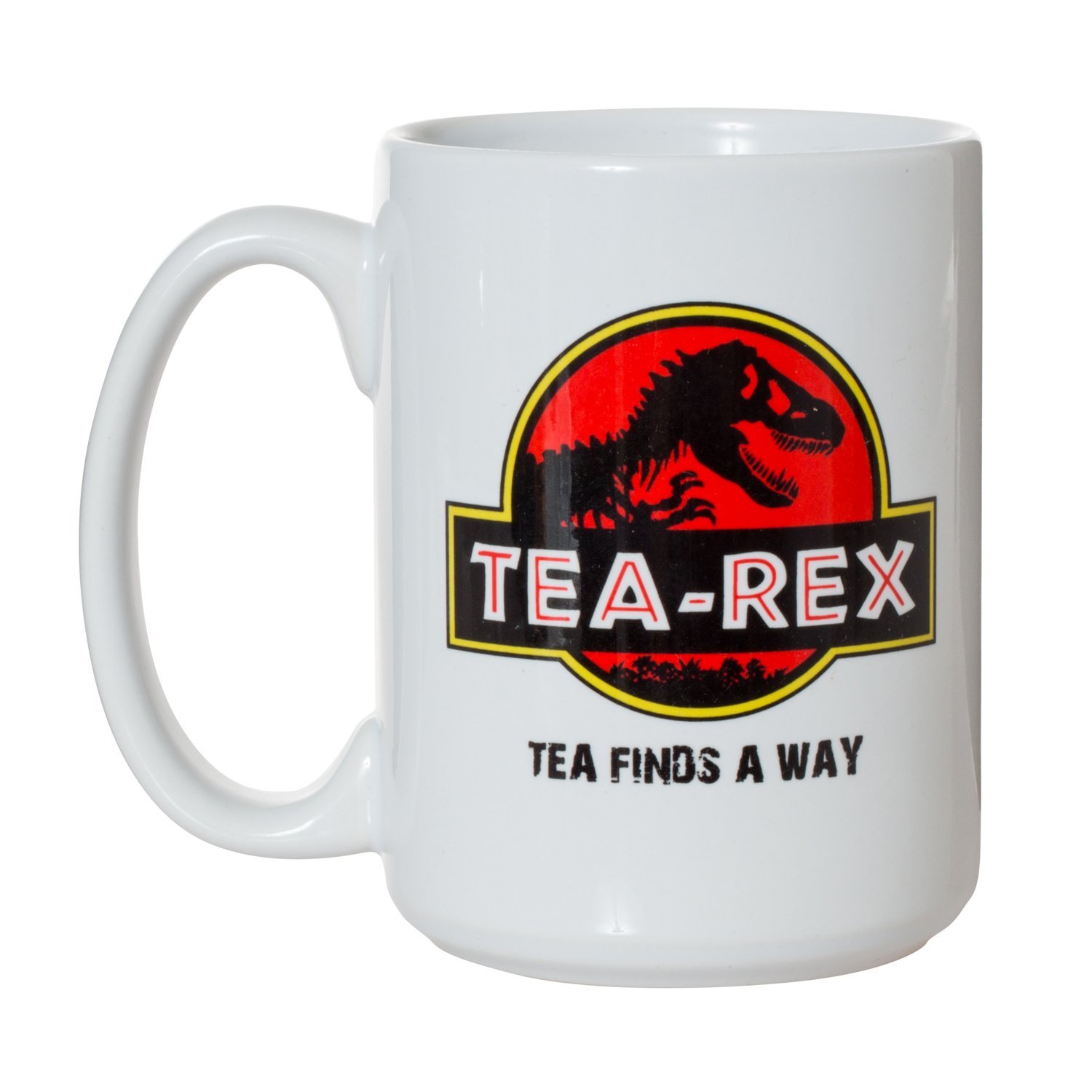 Great fun for kids, this traceretops-themed taco holder is just the thing if taco night has you feeling a hunger like the veloceraptor. 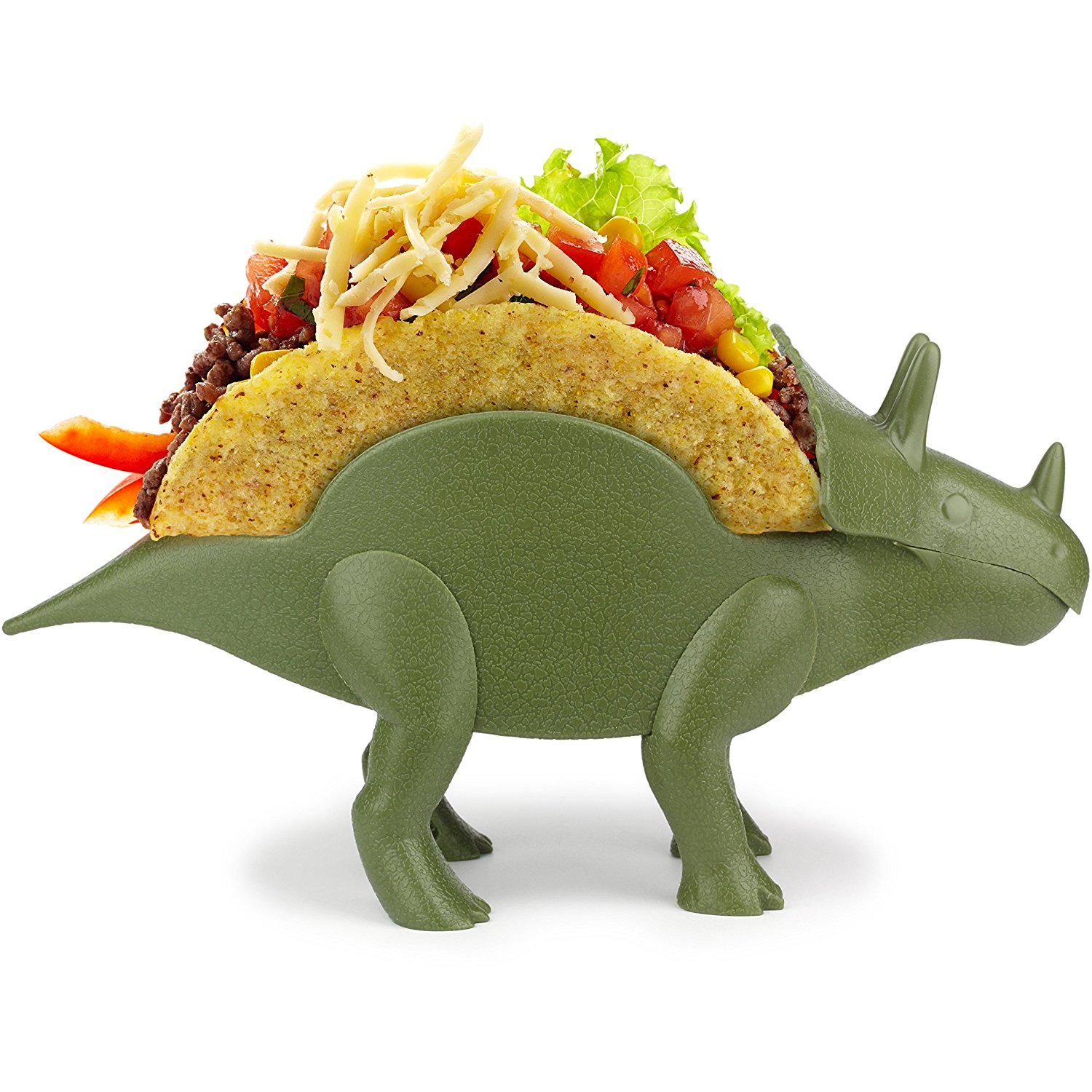 It may be hard to believe, but it’s been a quarter century since Spielberg first took us into the world of Jurassic Park. This box set contains the first four films in the series including the original Jurassic Park, Jurassic Park: The Lost World, Jurassic Park III and Jurassic World. 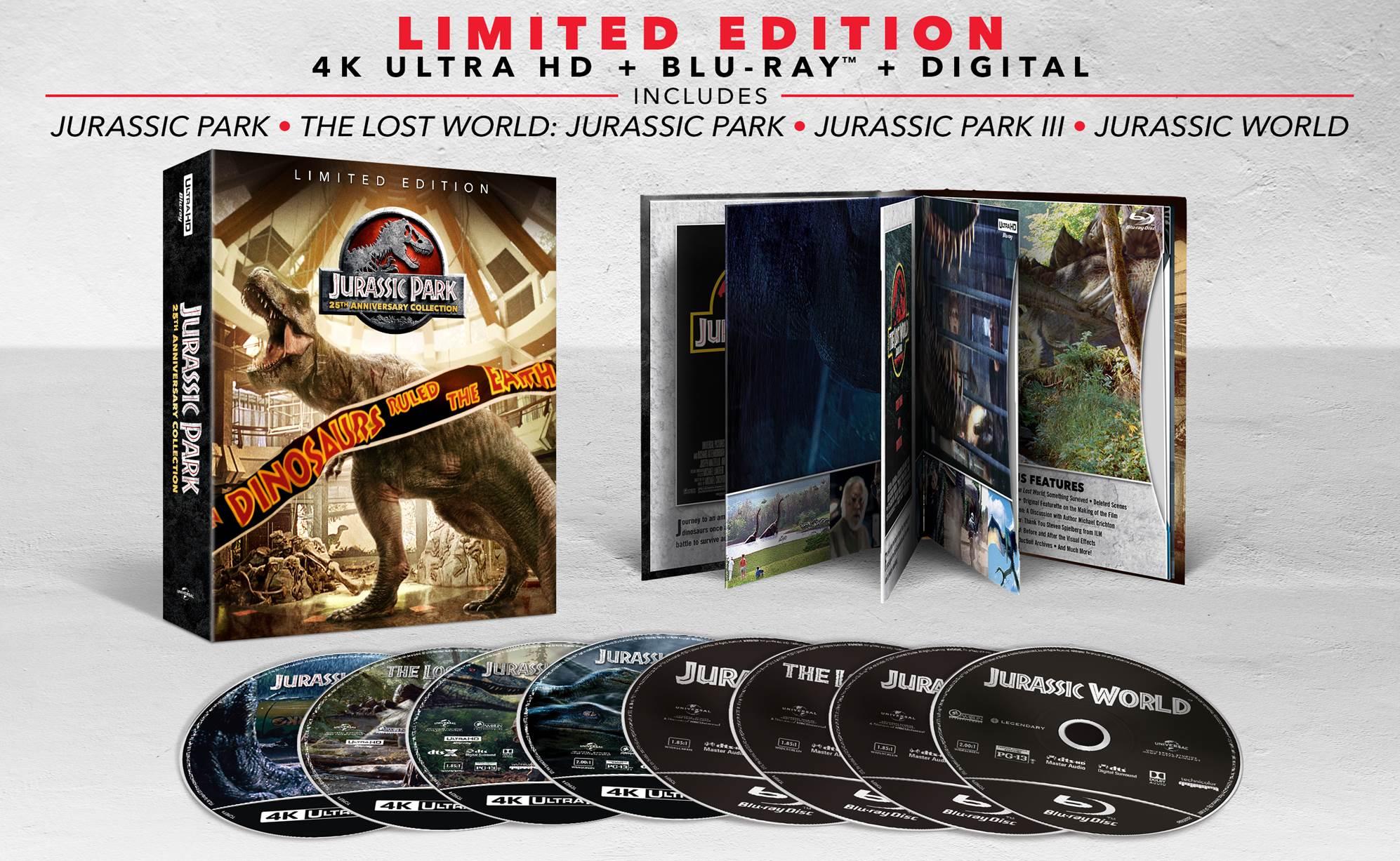