It goes without saying that the pandemic has radically altered people’s lives, and many find themselves missing aspects of daily life they once took for granted. You might even find yourself nostalgic for something as tedious as sitting in traffic. Angry drivers and unexpected lane closures will never be fun, but you might be missing the radio stations from your commute. Whether it’s a public radio FM station or satellite stations, radio can be a great way to discover new music or enjoy engaging news and talk programming while still focusing on the road.

Most people probably use streaming to listen to music at home. But as great as Spotify is, it can enforce something of a feedback loop — the algorithm records what you’re listening to and builds playlists around it. That can be great for hearing the music you already love, but it’s not ideal for finding new music. And when lockdown days can feel tedious, something as simple as hearing new music can go a long way in boosting your mood. That’s where internet radio comes in.

Internet radio is just like terrestrial AM/FM radio, minus the fuzzy feedback. You can tune into your favorite FM stations through apps like iHeartRadio, NPR One, BBC and a wide variety of other services. Got a college station you love but haven’t listened to since you moved away? Internet radio is the answer. In a world riddled with distractions, radio is one of the best ways to live in the moment. Without the ability to skip and pause, you’re forced to fully immerse yourself in the music. And you can find great new music you’d have never heard otherwise. After all, an algorithm simply can’t replace a human being hand-selecting the best music.

So what are the best ways to listen to FM and satellite stations? Fortunately, many smart speakers come with built-in WiFi, allowing you to stream from services like iHeartRadio, NPR One and SiriusXM, giving you access to all of your favorites without even needing to download any extra apps. There are also portable internet radios that combine old and new by including AM/FM antennas in addition to Bluetooth and built-in internet radio services. These radios are great options if you want a system for listening to the radio at home, but you’d rather not have a smart speaker listening to you.

If you’re a diehard SiriusXM fan, you can get a dedicated Sirius receiver that you can hook up to a speaker system for easy streaming. Unlike many smart speakers, these will have display screens that make it easier to toggle through your favorite stations, like you would in a car. If you live somewhere where the local selection of radio is limited, these options will allow you to plug into the best stations from just about anywhere.

Whether you want to stream your favorite terrestrial station over WiFi or catch up on the best XM stations, these are the best internet radio units to buy right now. Plus, some of these have FM receivers and built-in Bluetooth, expanding your listening options.

This option from Grace Digital is designed with a charming retro aesthetic, but it’s built for the modern era. It has a small digital color screen that allows you to toggle through different services, and it connects via WiFi and Bluetooth. With iHeartRadio, BBC, NPR and SiriusXM built-in, you can easily find your favorite online stations. And if it doesn’t have what you need, you can use the built-in Chromecast or Bluetooth to stream from your phone. It also has an alarm function and a wireless Qi-compatible charger, making it the perfect nightstand companion. 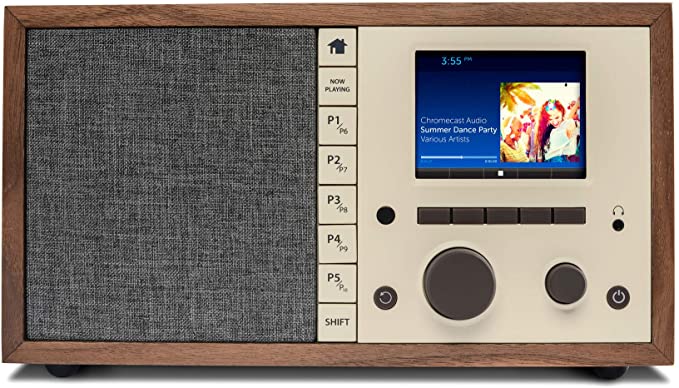 Sure, this smart speaker isn’t a radio. But using your voice, you can access a wide variety of public and commercial stations through iHeartRadio, NPR One and other services. Despite its compact size, it can reasonably fill small rooms with your favorite music and talk stations. Of course, you can also use the Home Mini to ask for the weather, set timers and access all of the information Google has to offer. 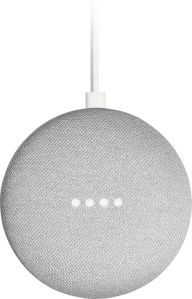 This beautiful speaker from Como Audio has a classic, mid-century-modern look, making it a stylish addition to your home. There’s a digital display screen that makes it easier to find your favorite stations. You can connect using Bluetooth, WiFi or FM, so you can play music from your phone, connect to internet radio stations or listen to terrestrial radio stations. It’s worth noting that Como’s speaker has a built-in system that allows you to access radio stations, which unfortunately does not include Sirius. However, if you have the SiriusXM app on your phone, you can simply connect using Bluetooth. 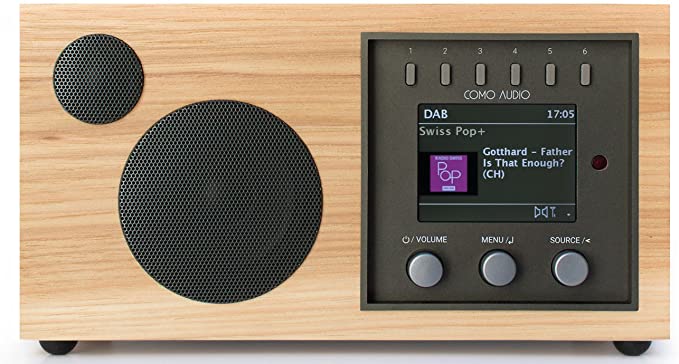 Bose makes great portable speakers, but they also have some options that are specifically built for the home. It’s Bluetooth and WiFi-compatible, so you can easily cast your favorite songs straight from your phone to the speaker. And with built-in Alexa, you can use voice control to play stations from Sirius and iHeartRadio, giving you access to tons of the best internet and FM stations. This is one of a handful of Bose speakers with a digital display screen, which makes it easier to find your preferred input and see what you’re listening to at a glance. 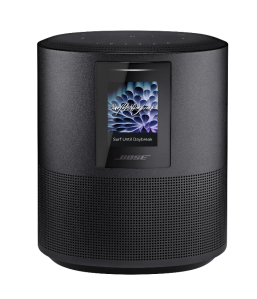 5. Palomar Around the World City Radio

Besides eating like the locals, tuning into TV and radio stations is one of the most illuminating ways to immerse yourself in a city or region’s culture. This unique City Radio has a beautiful retro-futuristic design that has buttons that allow you to listen to a radio station from that city, all in real-time. There are nine buttons but 18 city tiles, so you can swap them out for one of the 18 cities for a custom mix. Or, play from Bluetooth to listen to your own mix. You have to download the app in order for it to work, and there’s definitely an element of novelty to it — but this radio is still one of the coolest ways to take a trip around the world when most of us can’t. 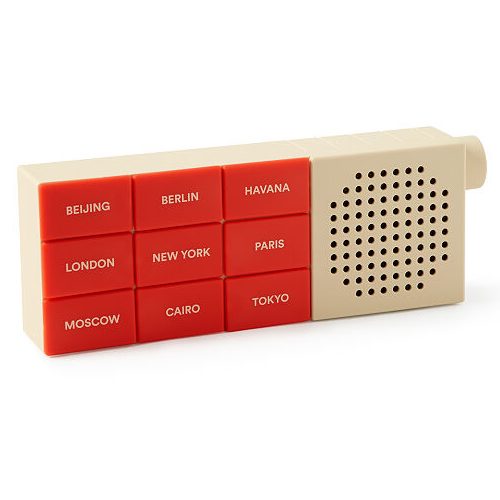 While most speakers are built to support SiriusXM, you might want an option that’s entirely built around Sirius’s interface. This satellite radio receiver has an intuitive screen that displays album art and channel information, and you save your favorite stations using the preset buttons at the bottom of the unit. This is just a receiver, so you’ll need to connect it to a stereo system. 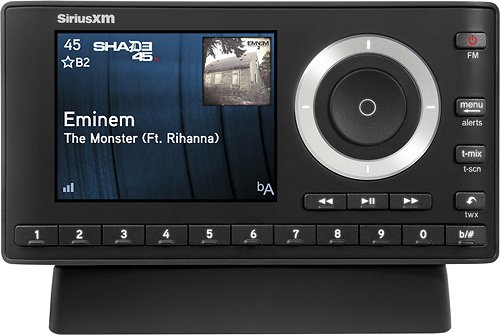 This option from Sangean has a more modern look if you don’t want a retro-looking speaker. It’s battery-powered rather than wired, making it one of the best options for taking on the go. You can use the built-in antenna for terrestrial stations, or connect to internet channels using the built-in Frontier Network portal. If you’d rather use it at home, you can also plug it in to the wall. Plus, you can connect to your Spotify account. 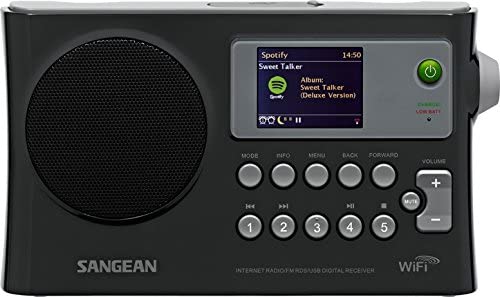 This sleek and simple option can be used for internet radio and it connects via Bluetooth, making it easy to find your favorite online stations or stream directly from your phone. It has a rechargeable battery, so you can easily take it on the go. It has a very small, unobtrusive screen that allows you to find the stations and settings you’re looking for. This radio has a built-in service that allows you to connect to a wide variety of FM stations from around the world. Plus, you can stream whatever you want from your phone using Bluetooth. 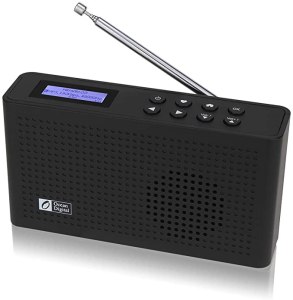