The fifth season of Rick and Morty is officially here, and while we’re all sifting through the many, many Easter eggs unveiled so far, the show continues to dominate the merchandise game with more than 150 global licensees that include everything from accessories and games to toys and home fashion. At this point, sales from themed swag are generating millions of dollars in extra revenue.

It’s no huge surprise, given that the series airs in more than 110 countries, won Emmys in 2018 and 2020 for best animated program, and was the No. 1 comedy in basic cable in 2019. Now that the fifth season is airing on Adult Swim, those numbers are only expected to grow.

This also means it’s a great time to gift the Rick and Morty fan in your life some new items. Sure, there are plenty of Funko Pops, t-shirts and other thoughtful items to add to your cart, but if you want to elevate yourself from a Jerry status in any true fan’s eyes, here are some of the most unique and show-specific gifts that will have any true fan shouting wubba lubba dub-dub. (But in a good, totally not actually painful kind of way.)

Protect yourself from a vat of acid rain and get your portal gun on with this officially licensed Ricky and Morty Portal Umbrella. It’s fashionable and practical, and many Amazon users also tout how sturdy and durable the actual umbrella is. That’s always an added bonus when you’re talking about rain gear, even if it’s conversation-starting rain gear meant to highlight your genius portal-jumping abilities. 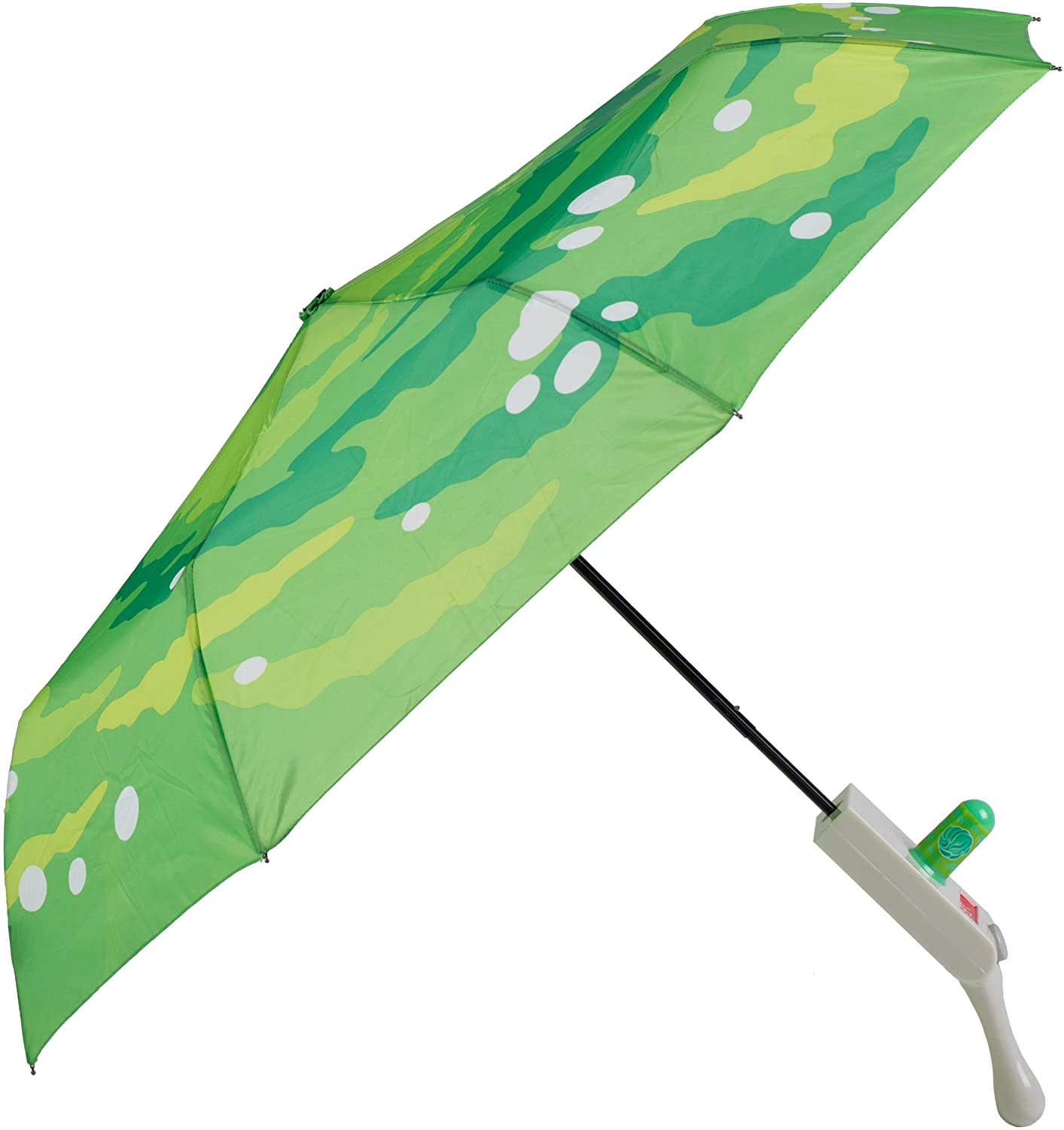 If it’s an actual portal gun you seek and you’re looking for something a little more lifelike, consider this interactive Rick and Morty gift. We say interactive not because you’ll be portal-jumping your way out of a situation like Rick, but because show lovers can assemble the 188-piece kit in their spare time. It also doubles as a great way to work on patience as fans wait for the next week’s episode to drop. 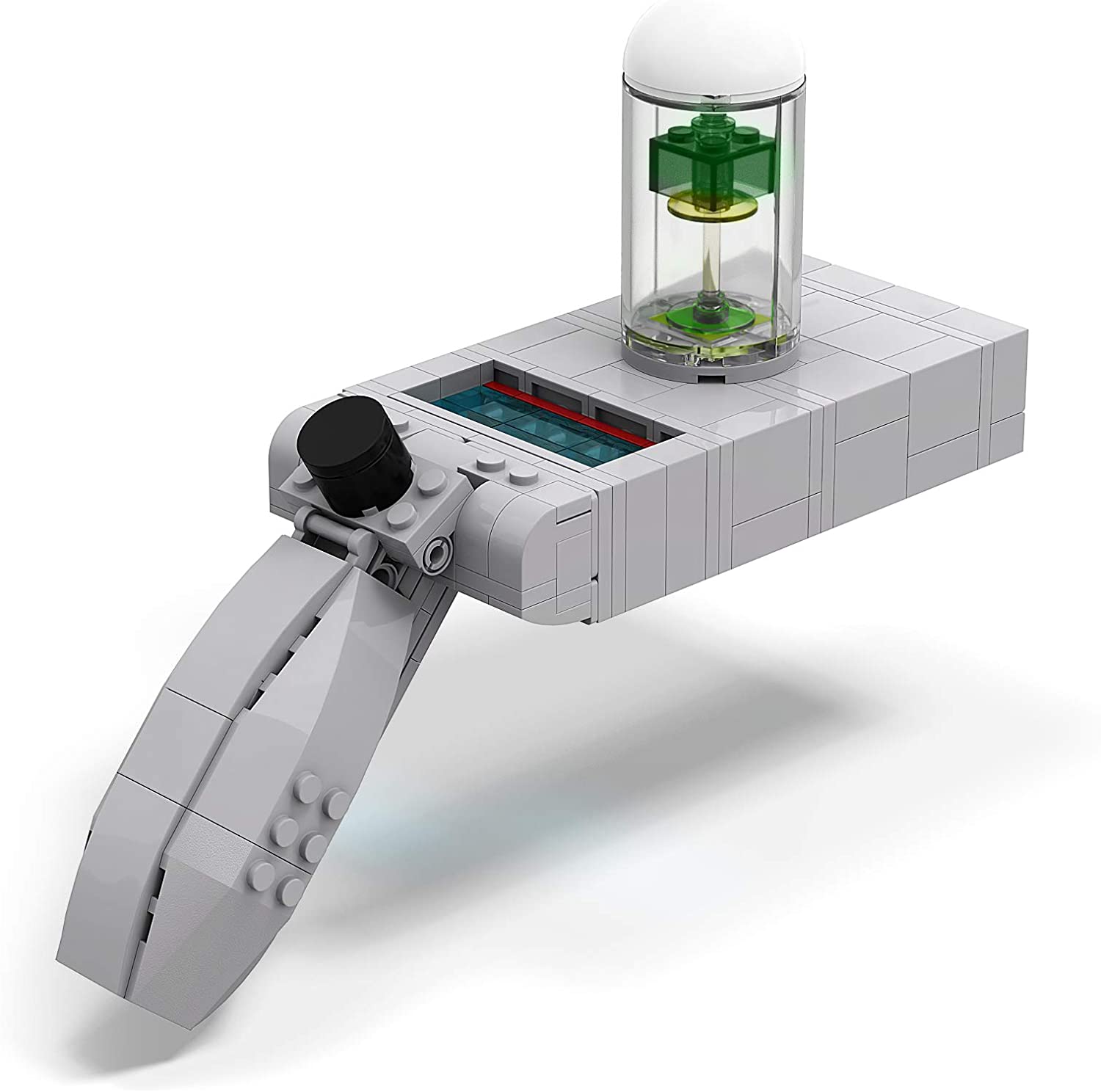 Help any fan personalize their desk or workspace with a light that’s out of this world. The USB light is fashioned after Rick’s actual inter-dimensional traveling ship from the show, and when you plug it in the lead characters appear. This one also makes a fun night light or a unique addition to a home theatre. 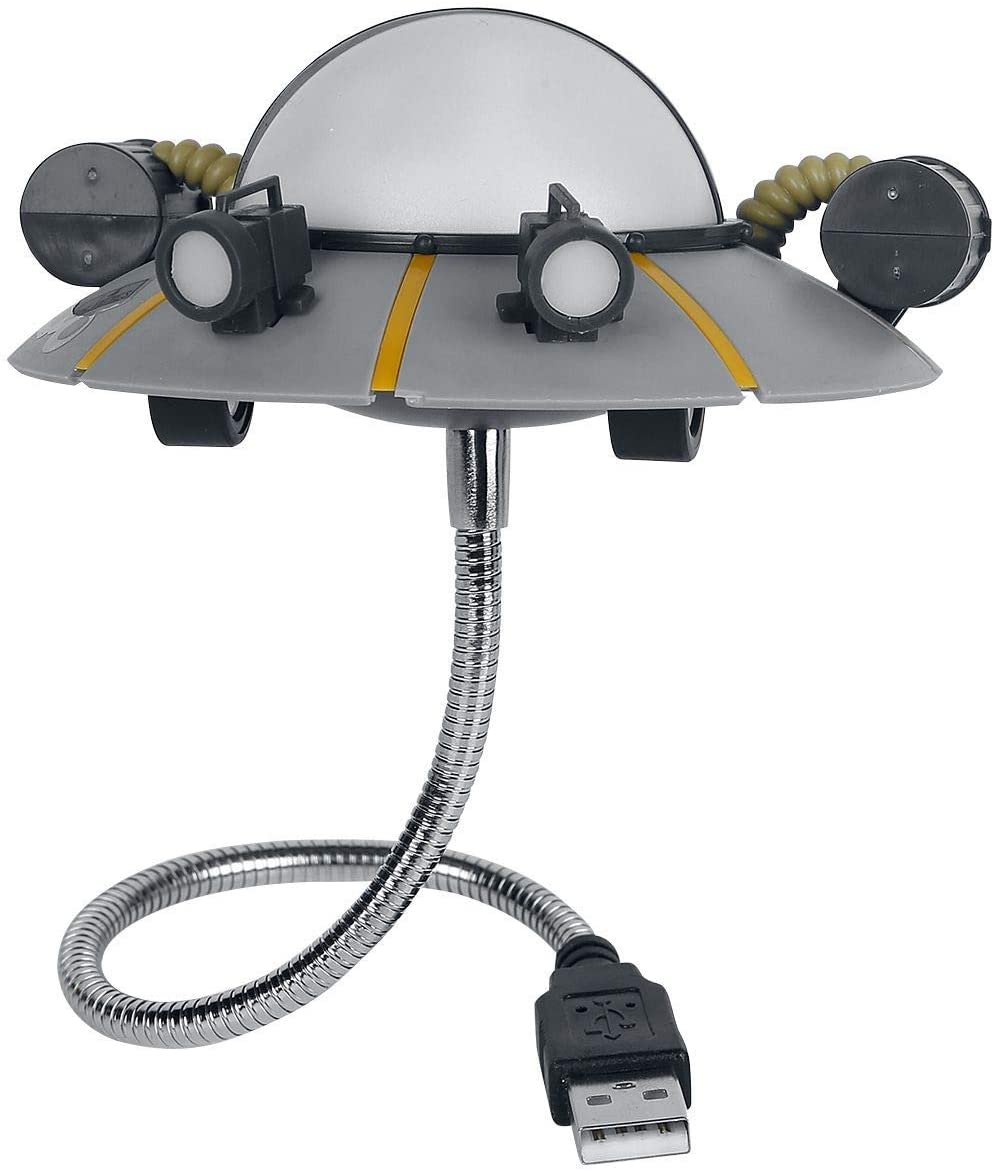 Get yourself out of a pickle with this perfect gift for any Rick and Morty fan. Because who wouldn’t want a talking Pickle Rick? Of course, this gift also comes with a 28-page book on the character, which is what Rick turned himself into right before attending a therapy session with his family back in Season 3. The model is only three inches so it’s perfect for small desks and shelves, and it’s instantly recognizable for occasional and hardcore fans alike. 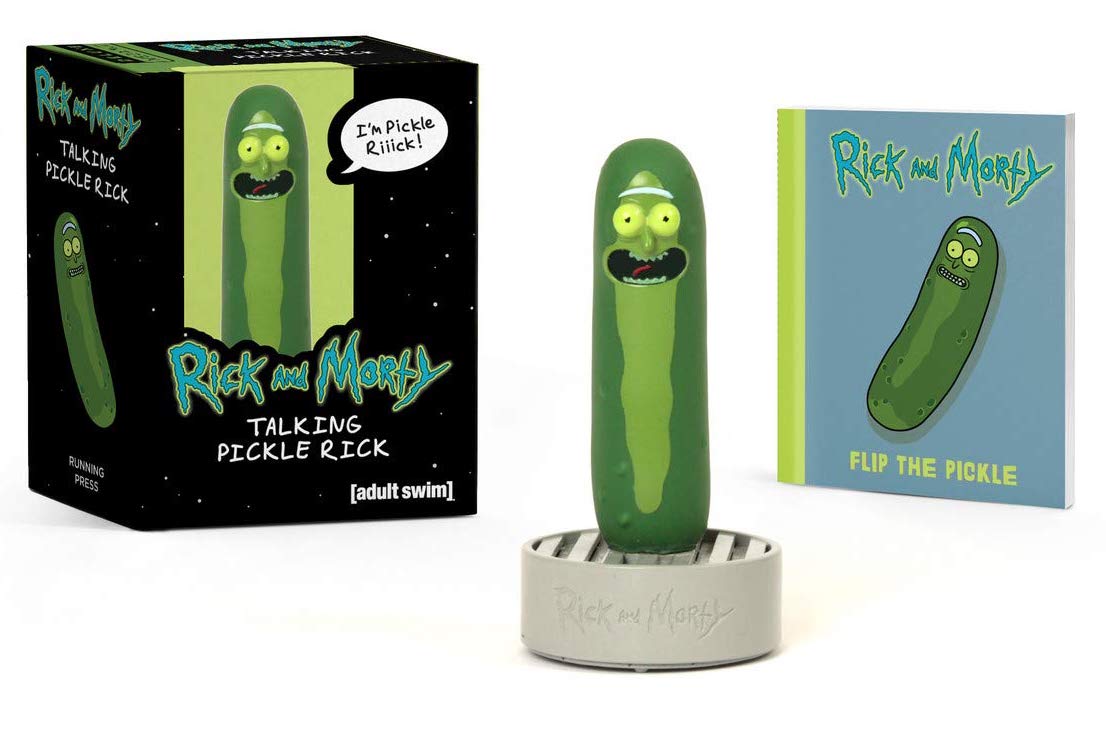 BEST FOR A FAMILY OF FANS

Have you ever thought that your family is just as out-of-this-world as Rick and Morty’s? Why not commemorate them all (yes, all of them, even your version of Jerry), with a personalized show poster? Each colorful poster is drawn by a pro based on images that you upload, making this the ultimate present for any fan’s living room, bedroom or home theatre. 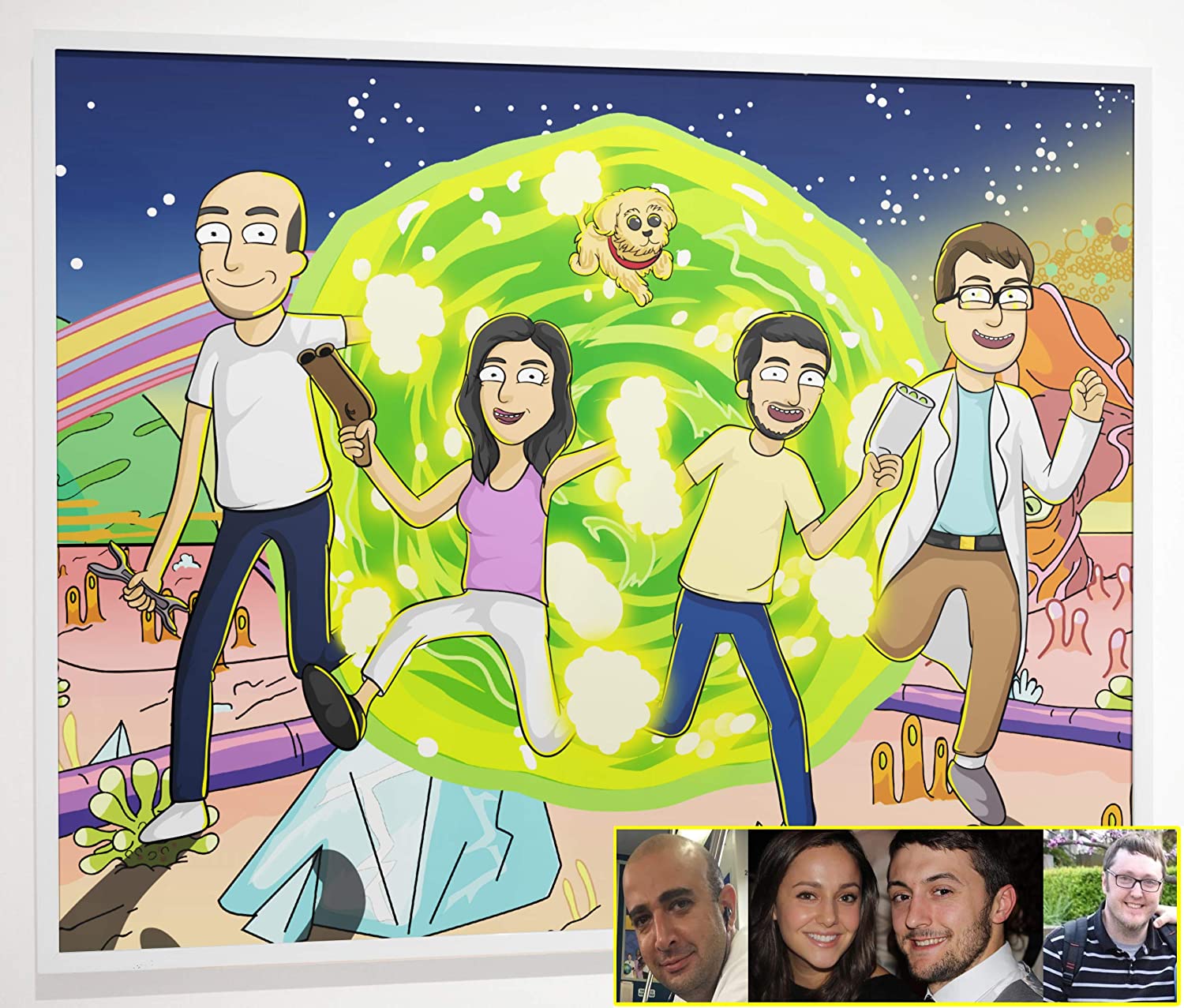 You don’t need to know what a Plumbus actually does in order to appreciate the genius of this gift for Rick and Morty fans, because the whole point is that no one actually knows what it does. Well maybe you do, when it’s gifted in the form of a handy salt and pepper shaker, that is. Fans can proudly display it in their kitchen for an instant conversation starter when guests come over, potentially putting even more people on to the show. 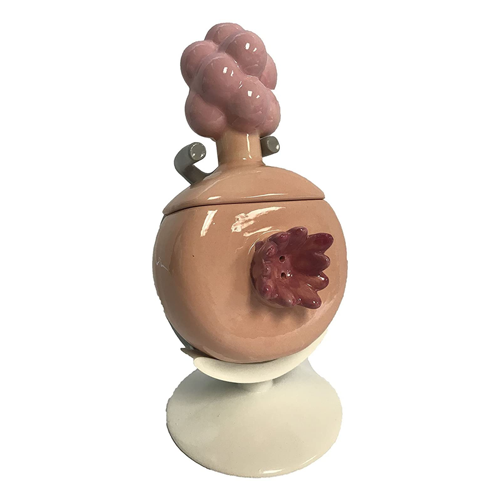 Caffeine-addicted Rick and Morty fans will absolutely appreciate the on-brand messaging of this gift because Meeseeks would clearly give their lives for a groggy viewer to have his or her strong cup of brew in the morning. This mug comes with Mr. Meeseeks himself inside, but it also has a fitted lid to keep your coffee or tea hot and steamy all morning long. 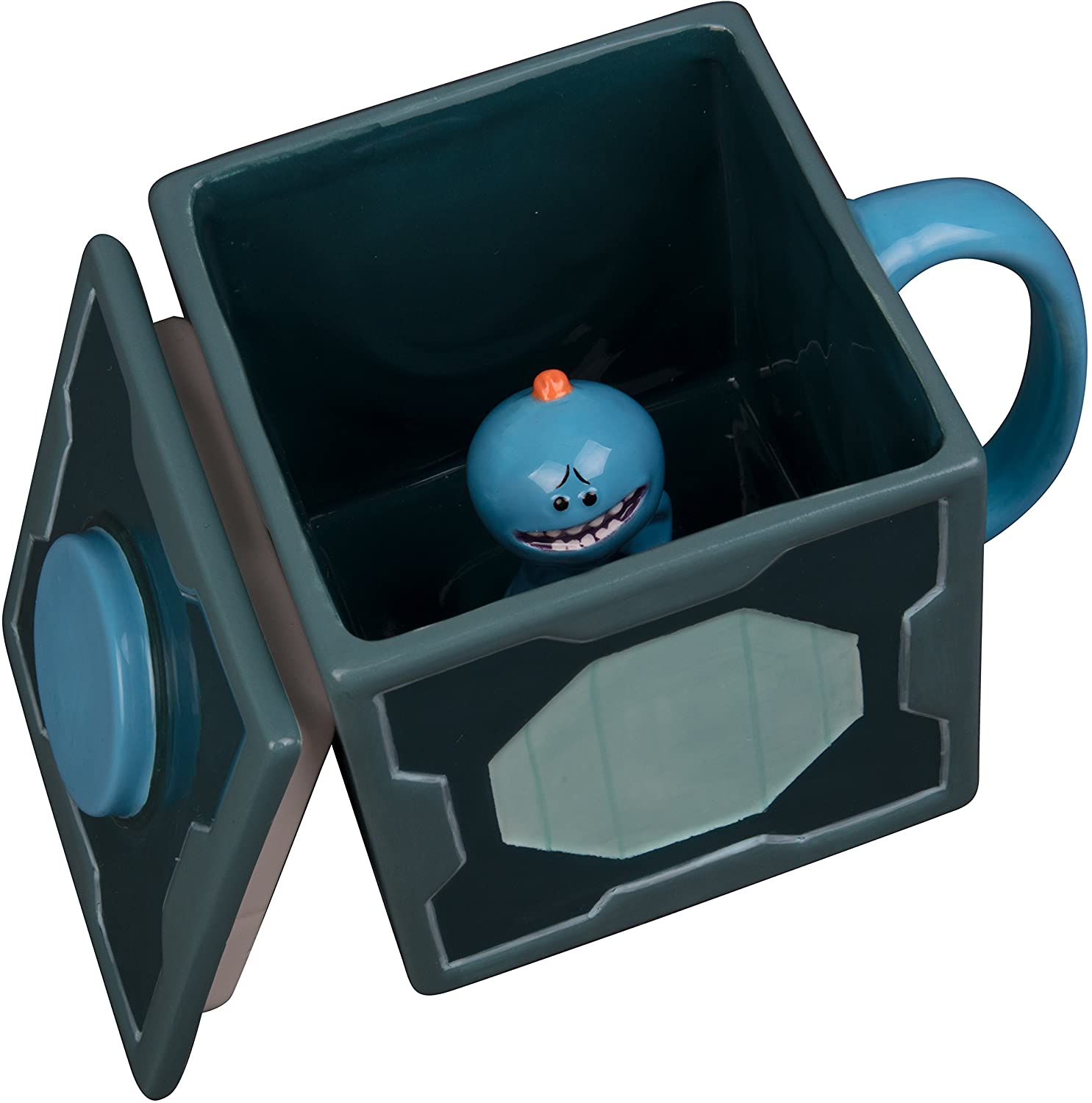 If you know a hardcore fan who is in a constant battle between his toxic and healthy side, these themed energy drinks may make for the perfect gag gift. They’re a direct reference to the character first introduced in the “Rest and Ricklaxation” episode, but the drinks themselves may also be exactly what a fan needs in order to charge through their next binge-watch of the series. 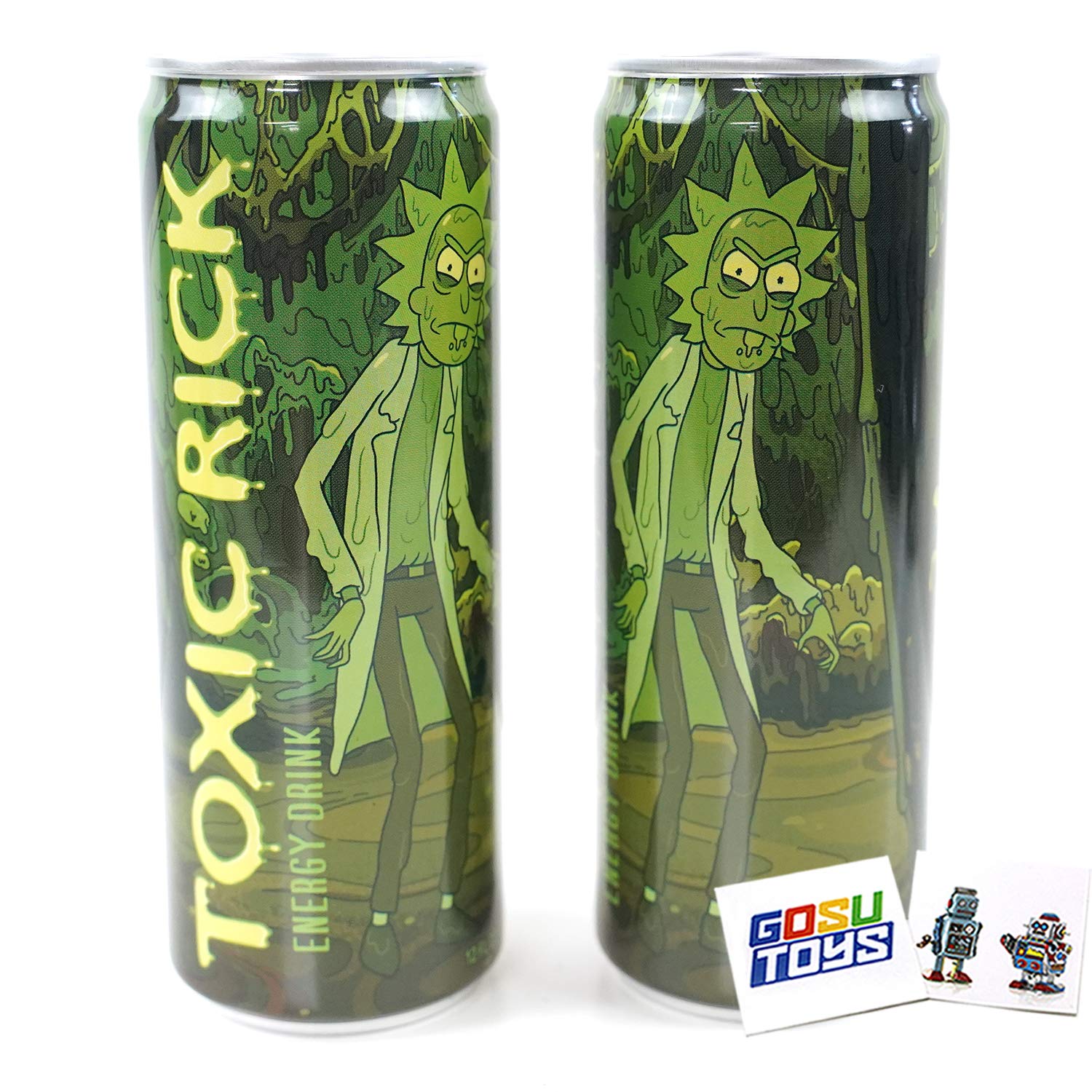 You may no longer be able to get your hands on McDonald’s limited-edition sauce (first introduced in 1998 in conjunction with Mulan and then popularized again following a gag on the show). But at least you can shoot back your sorrows with some kind of sauce in these themed shot glasses. They’re a must-have for any hardcore fan, plus they come packaged in clever fast-food takeout boxes. 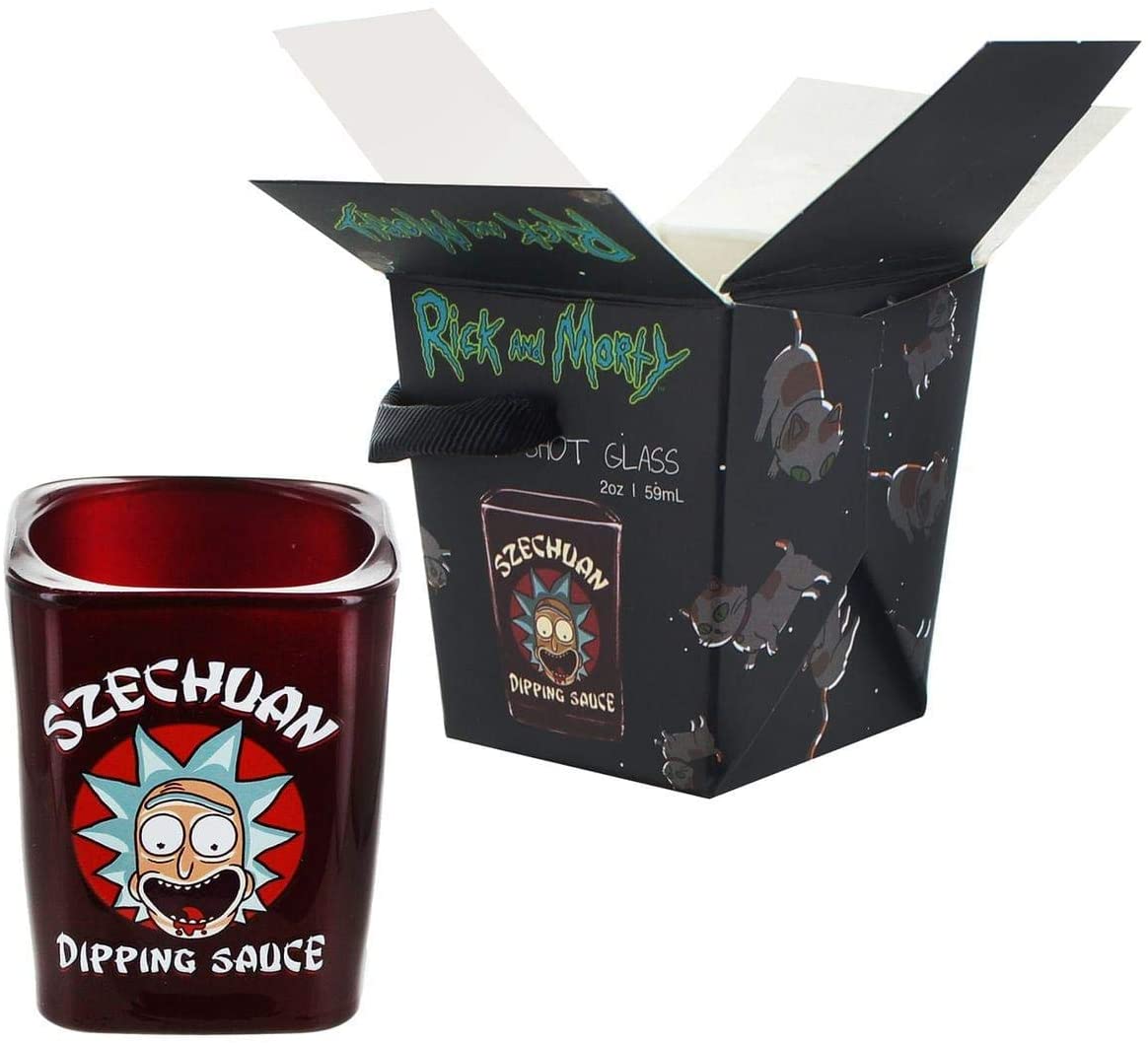 When Rick and Morty introduced Anatomy Park in the first season, it was really only a matter of time before someone took the concept and transformed it into a full-on board game. Fans don’t need to know a homeless man named Ruben to enjoy the ins and outs of this organ-inspired romp, which includes park tiles and all the instructions you need for a strategic, theme-park building gaming session with pals. 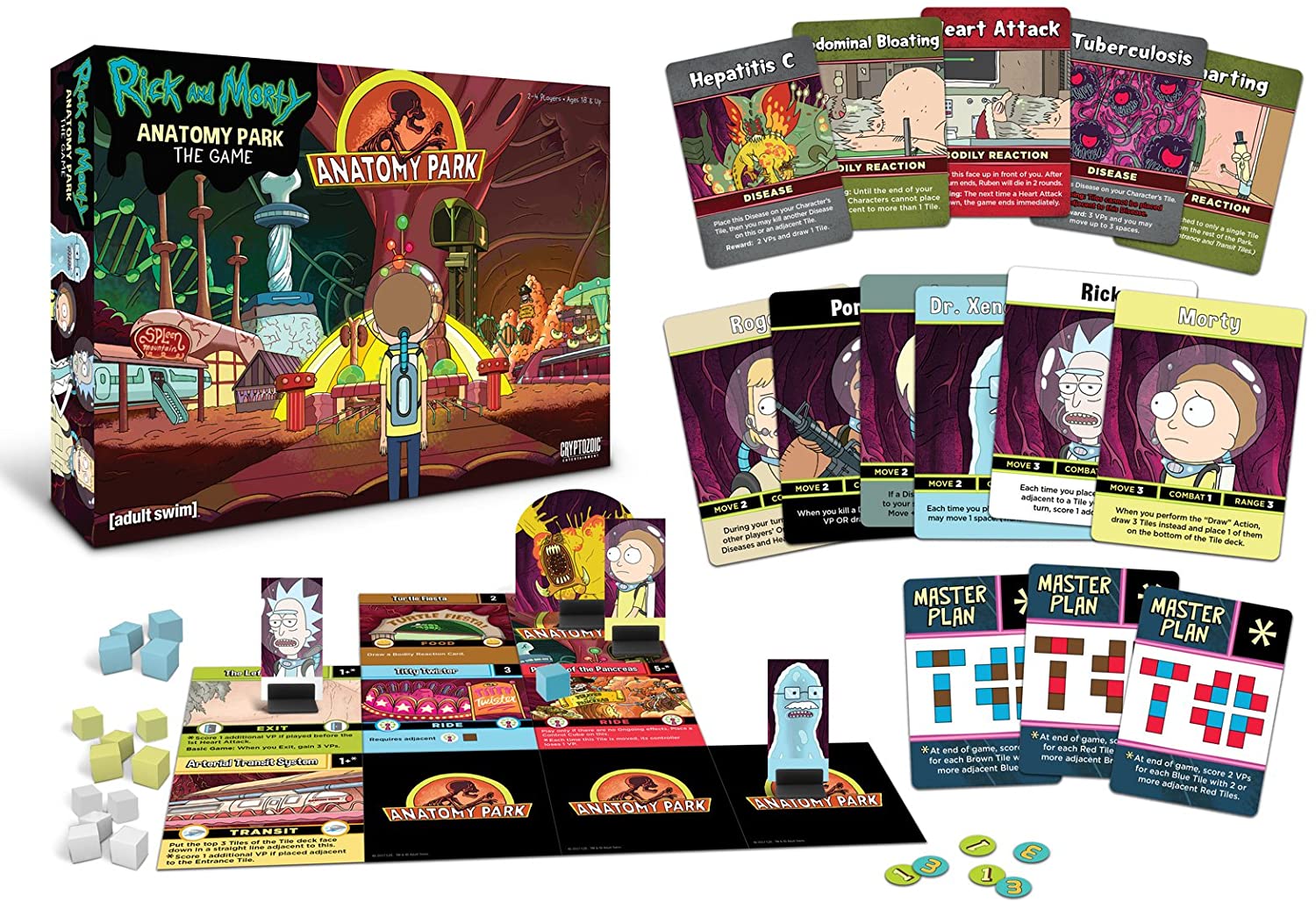 11. Rick And Morty Come In And Get Schwifty Door Mat

Fans can show their undying love of the series while reminding everyone that their home is the ultimate place to get schwifty with this show-inspired doormat. The psychedelic green hues are out of this world for sure, but in case anyone was left with any doubt, the caricature of Rick is also at his schwiftiest self. 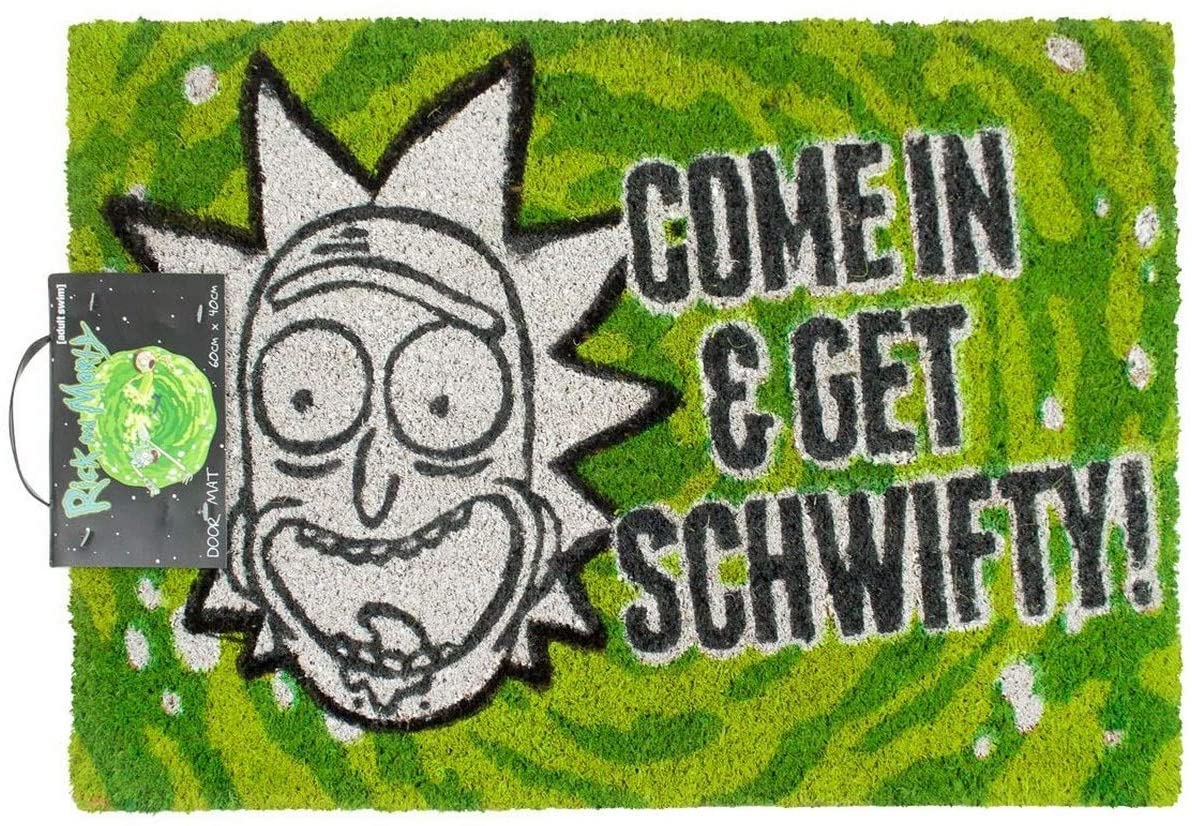 Rick And Morty Come In And Get Schwifty Door Mat

The Best Funko POP! Figures to Flex Your Inner Fanboy