We’ve seen classic consoles from the past such as the Sega Genesis and Nintendo NES come back into the limelight in miniature form. Now the miniaturization of retro gaming systems has hit classic arcade games. Except these versions are really small. Tiny Arcade makes miniature arcade games that literally fit on your key chain. These mini arcade games are only a couple inches wide and tall, and are powered with AA batteries. Don’t let the size fool you though, gameplay is every bit as fun as their full-sized counterparts.

Honestly, it’s kind of surprising that these micro arcades actually work, and are fun to play. The controls and screens are tiny, only allowing you enough room to control the joystick with a tiny pinch of your index and thumb, and the two buttons with the tip of your index finger. But the visuals and the audio are just like the originals.

You no longer need a 500-pound machine, a giant game room, and thousands of dollars in quarters to play your favorite arcade games. Now you just a need an Andrew Jackson and two of your ten fingers to play any of our five favorite mini arcade games. Check them out below.

The oldie but goodie is just as fun in miniature form. Tiny Arcade Pac-Man is exactly like you remember: guiding your yellow, hungry half-circled friend through a maze while you allude ghosts and eat pac-dots and fruit. Eat all the dots and you advance to the next maze. Get swallowed by a ghost and your dot-eating days are numbered. It’s funny how the simplest games are the most fun. Tiny Pac-Man is a great one you can take with you wherever you go. 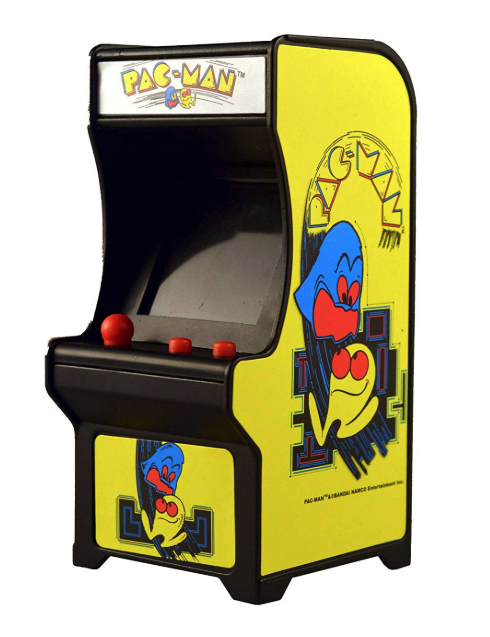 You’re our only hope to protect the planet as space invaders are on a mission to destroy our world. You’ll strafe from left to right dodging alien attacks. You’ll need to fire your cannons to fend them off before it’s too late. You only get three lives to stop the attack, so you’ll need to be nimble and accurate to save the world. Space Invaders does the original justice by looking and controlling like the 1978 version of the popular game, except this one is in tiny form. 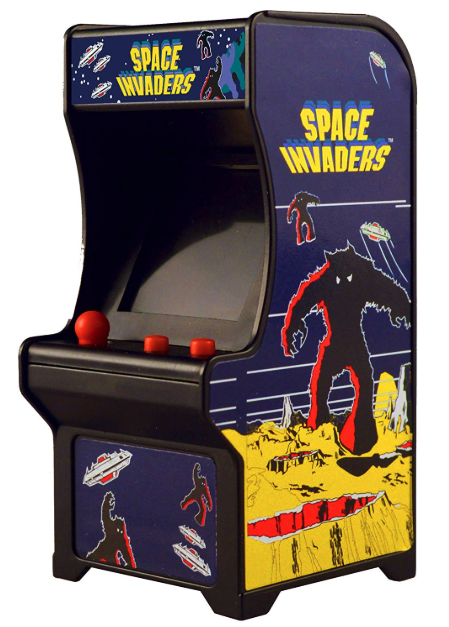 Tetris can be difficult enough on a full-sized screen and controls. Tiny Arcade Tetris adds a whole new wrinkle to this addictingly difficult puzzle. Same as the original, you’ll use the tiny controls to maneuver, rotate and stock different shaped blocks, and line them up just right to “clear” them and gain points. As you advance through each level, the blocks fall faster and faster, leaving you less time to make critical stacking decisions. If your stack hits the top of the screen, you block-stacking days come to an end. Combine all of that with tiny-sized finger controls, you have yourself one frustratingly amazing mini arcade game. 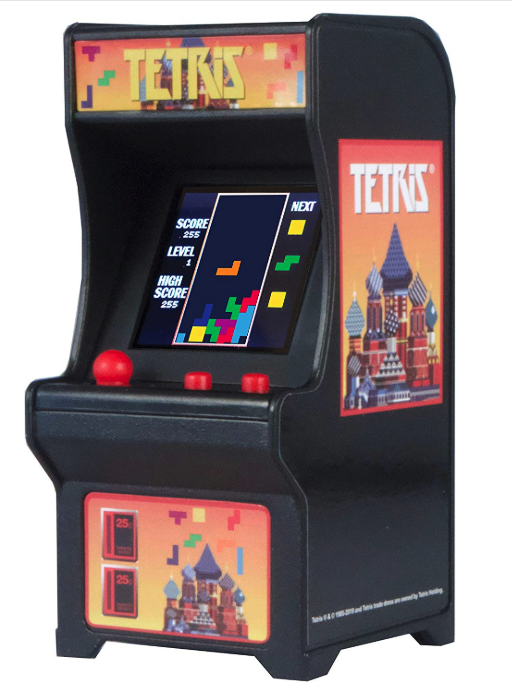 Space travel ain’t easy, especially in Galaxian. You’re the sole defender of the universe as you fight off swarms of alien armies with clever maneuvering and dead-eye marksmanship. The tiny screen and joy-stick make fending off these hell-bound aliens a difficult task, but you’re the world’s only hope, so you just have to work with what you got. The full-color display and authentic game audio will bring you right back to the year 1979. 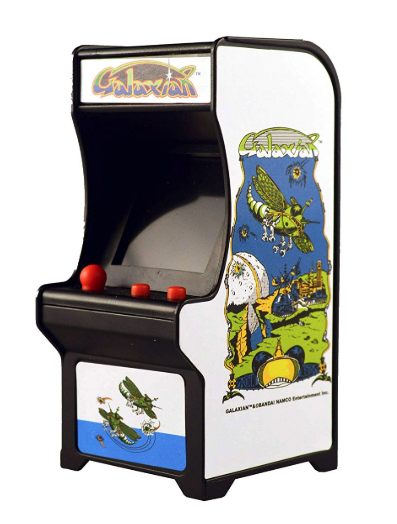 Frogger is equal parts strategy, skill and timing as you get your jumpy green friend through traffic and to its swamp without getting hurt. You’ll need to use the tiny joystick and buttons to maneuver Frogger through unique challenges from level to level, as the stage becomes more and more difficult the farther you progress. Cars aren’t the only thing Frogger needs to worry about. Dangerous snakes and alligators find their way onto highway medians and roads to speed up your decision making. You’ll need to be on point to safely get your little green buddy to safety. 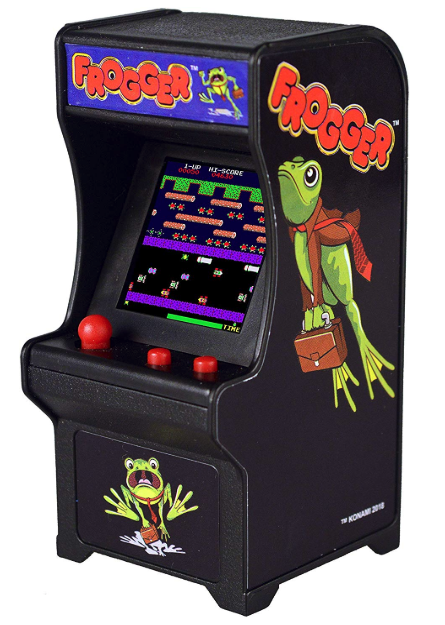 What Happened to Curved TVs? Here's Why They Disappeared as Quickly as They Arrived