Geostorm, a new natural disaster blockbuster, is being released on October 20. The movie is set in the near future when the world’s leaders have created a system to control the weather, but things go wrong when someone starts controlling the system and causing catastrophic “geostorms” all over the world.

Starring Gerard Butler and Abbie Cornish, the film adds an intriguing element of crime mystery to the disaster genre, and look’s like a spectacle worth enjoying in the theater. Click the link below for tickets and showtimes and grab your seats in advance:

Although it’s not a major film genre, natural disaster movies have been reliably captivating audiences for quite some time. If you’re interested in the genre or just want to catch up to get excited for Geostorm, check out our list of the seven best natural disaster movies below, along with easy links to stream the flicks online.

The Perfect Storm stars Mark Wahlberg and George Clooney as two ambitious fishermen that get caught in a massive hurricane. The film came out in 2000, so the special effects aren’t great, but the movie still provides a satisfying Deadliest Catch kind of excitement and suspense. 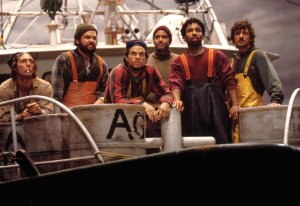 The most recent natural disaster hit is San Andreas, which follows a rescue helicopter pilot (Dwayne Johnson) and his wife as they try to save their daughter during a magnitude 9 earthquake that’s destroying all of California. Because it’s relatively new the special effects are convincing and entertaining, but let’s be honest: The Rock is the real draw here. 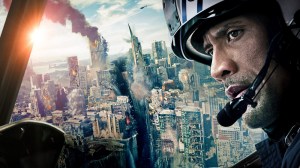 Pierce Brosnan and Linda Hamilton team up in Dante’s Peak to save a small Washington town from a volcano explosion. It’s often compared to the movie Volcano, which came out the same year, but fans agree that the emotional focus, stars, and intense moments make Dante’s Peak the superior volcano flick of ‘97. 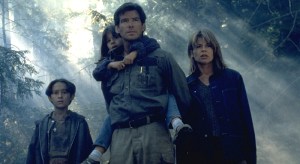 The impossible tells the true story of a family’s struggle to survive during the devastating tsunami that hit Thailand in 2004. What sets this film apart is the phenomenal performances by Ewan McGregor and Naomi Watts, who received an Oscar nomination for her role as the mom searching for her kids amidst the flood. 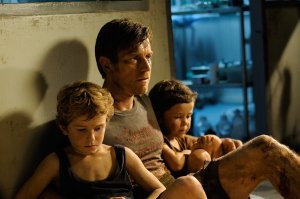 The changes caused by global warming start sooner than climatologist Jack Hall (Dennis Quaid) expected in The Day After Tomorrow. It’s a great disaster movie with plenty of action and decent performances (also starring Jake Gyllenhaal), and has an interesting political twist. 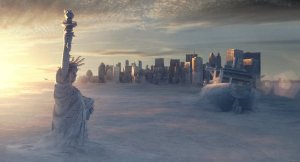 The Day After Tomorrow

Ronald Emmerich, the director of The Day After Tomorrow and Independence Day, continues building his portfolio of end-of-the-world hits with 2012. Widely acclaimed for its special effects, 2012 imagines an end-of-the-world scenario as predicted by the Mayan calendar.

Twister is considered one of the best natural disaster movies of all time, and we have to agree. The suspense created by Speed director Jan de Bont and solid performances by Helen Hunt and Bill Paxton make this an impressively entertaining film, even at 20 years old. Fun fact: this movie created the now-iconic image of a cow flying through a tornado. 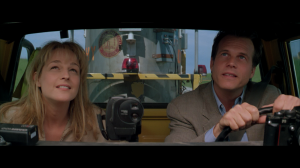 10 Items You Need In Your Emergency Bug Out Bag