If you’re the proud owner of a Nintendo Switch, you already know how many fantastic games there are to purchase for the console/handheld hybrid. But it can be difficult to keep up with every single title that releases for the system – even though there are some games you just can’t go wrong buying for the gamers in your life.

The Switch is an amazingly versatile console, full of excellent ports from other systems, original games and plenty of intriguing indie titles that you won’t find anywhere else. It’s got a little something for everyone, but with the sheer amount of content that comes out in any given time frame, it can be tough to keep up with the best of the best.

With that said, if you’re looking for a great new title to dive into, we’ve got you covered. We did all the digging and found the eight best games to come out within the past few months. Whether you’re trying to build your own Mario levels, save Peach from a haunted hotel or terrorize your local town as a goose, our list has you covered. But be sure to save some cash for future releases. If the Nintendo’s past is anything like its future, you’ll have plenty of new great games to play before the year is up.

Give a Mario fan a new Mario adventure, and they’ll be entertained for weeks. Give them a way to make their own Mario levels, and they’ll be set for years. Super Mario Maker 2 is an even more powerful tool than its predecessor back on the Wii U. It features over 100 courses to play solo to learn the ropes, but most importantly, you can jump online and download hundreds of different fan-created levels. There are musical courses, levels that play themselves, and stages that feel nearly impossible to complete. In the hands of seasoned Mario fans, Super Mario Maker 2 can produce actual magic — get creative with it and see what you can come up with. 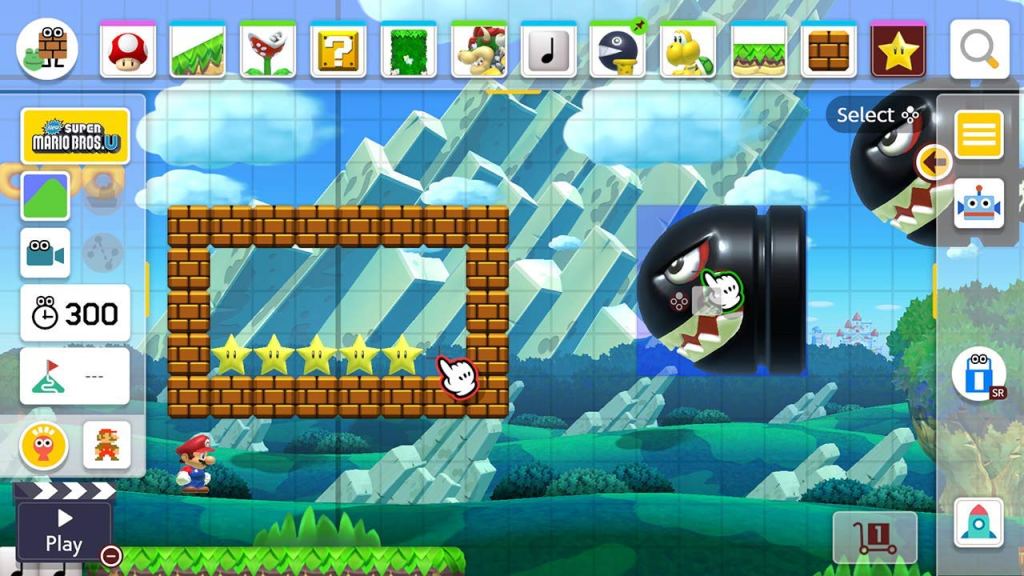 Take one part Harry Potter and one part exciting strategy game and combine them together. What do you get? The sprawling, addictive Fire Emblem: Three Houses. This lengthy RPG places you in the shoes of a new professor who must teach and guide one of three different classes through the basics of combat to prepare them for the coming war between various factions. It’s the perfect mixture of fun social simulation and time management elements like the ones you may have seen in titles like Persona. You can even fall in love with a student and begin dating them, all while training to be proficient on the battlefield. It’s the best entry in the Fire Emblem series yet, and perfect for on-the-go play. 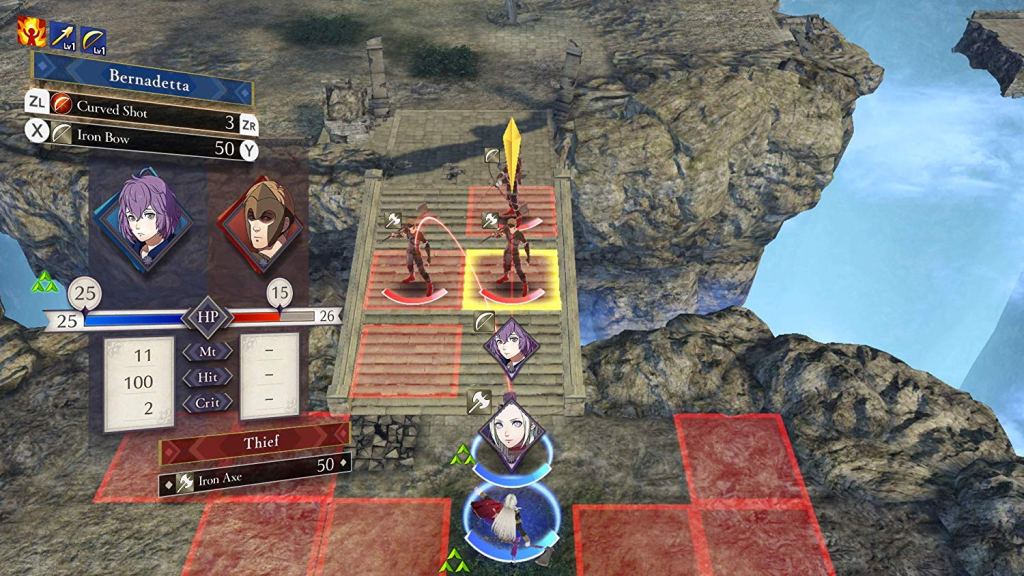 Untitled Goose Game is one of the funniest games the Switch has to offer — mostly because you get to take the form of a goose and cause trouble. That’s right. That’s all you do — waddle around and make people angry. You can steal shears, drop radios in rivers, and harass poor farmers as they try and get their work done. Your only real concern is completing your list of nefarious tasks and making nuisance of yourself. Oh, and there’s a special dedicated “HONK” button to make sure you’re plenty noisy while doing it. 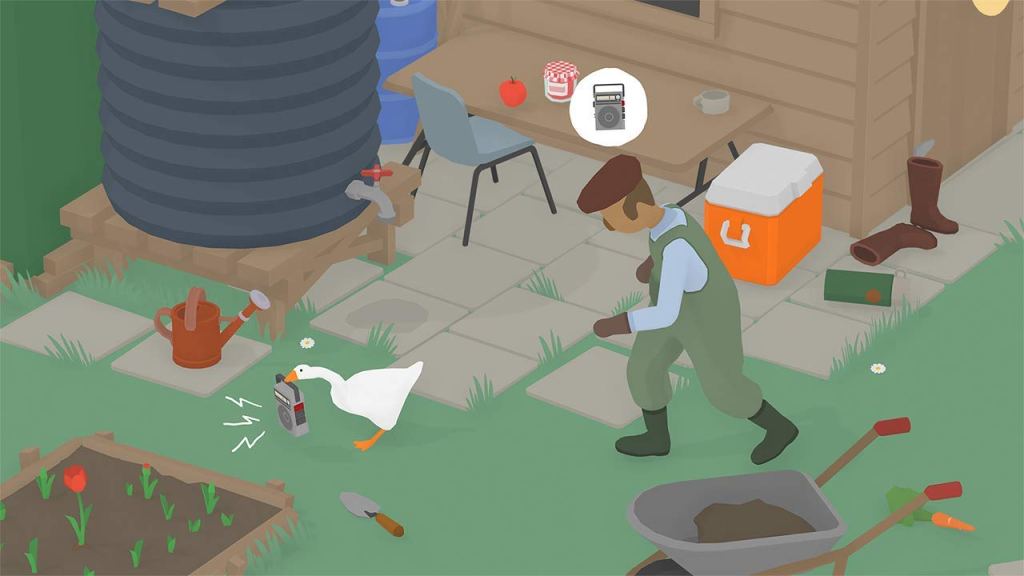 Pokémon is finally on the Nintendo Switch, and this new set of games is a must for longtime fans. Explore the new, 3D world in the Galar region, with a brand new set of monsters, new ways to battle, and plenty of new ground to cover. Pokémon can use the new Dynamax phenomenon to become absolutely enormous, and gym battles are more akin to stadium events. There’s plenty to love here, even for fans who have been around since the days of Pokémon Blue and Red. While you still need to concern yourself with trying to “catch ’em all,” the formula has never felt fresher than with these colorful, expansive entries. 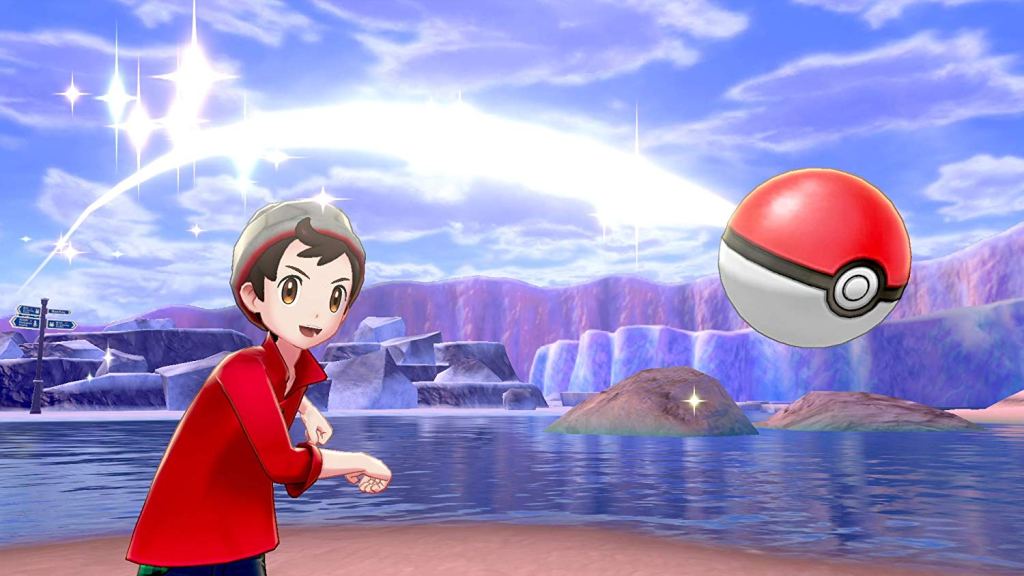 5. The Legend of Zelda: Link’s Awakening

Nintendo did a fantastic job bringing the classic adventure The Legend of Zelda: Link’s Awakening to new audiences on the Switch. Thanks to the toy-like, diorama-style art direction as well as improved controls and enhanced story set pieces, the game feels brand new. It looks absolutely fantastic, so much so that it’s hard to believe you’re not looking down at cute little Zelda figures as you play. Of course, this is also one of the best Zelda handheld titles in the series, made even more memorable with new music, excellent visuals, and the bonus content that make it well worth revisiting, even for old pros. 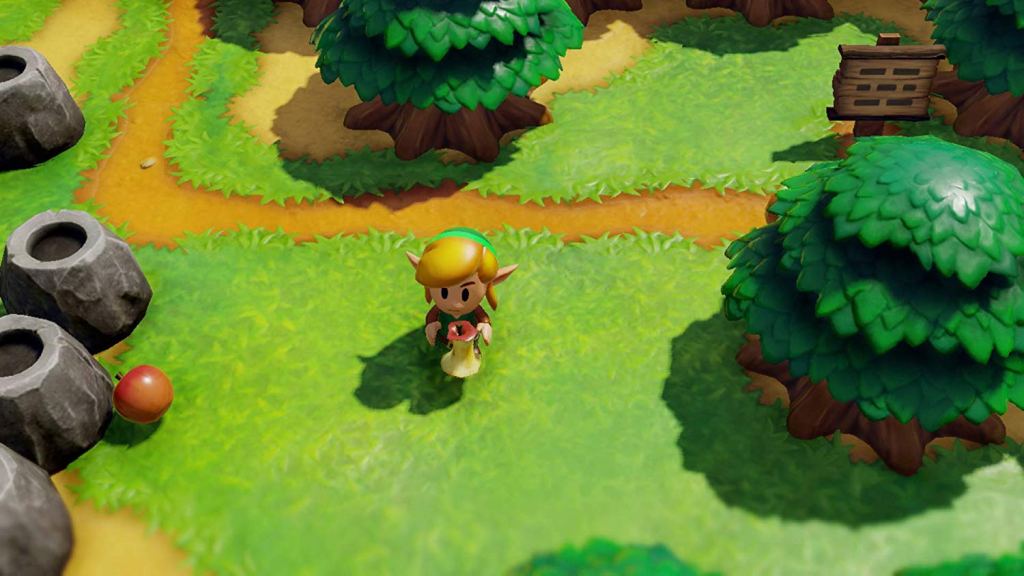 The Legend of Zelda: Link's Awakening

Dragon Quest XI S: Echoes of an Elusive Age may be an enhanced port of an adventure that was already released a while back, but it’s still a breathtaking journey. The turn-based combat and mysterious hero story feel delightfully retro, but there’s enough modern convenience packed in to make it worth your time. In a time when long-running franchises are trying (sometimes too hard) to stay relevant, Dragon Quest XI is fine with being reliable and well-built, which ironically makes it unique among its peers. Plus, the Switch version means you can take it along with you wherever you go. 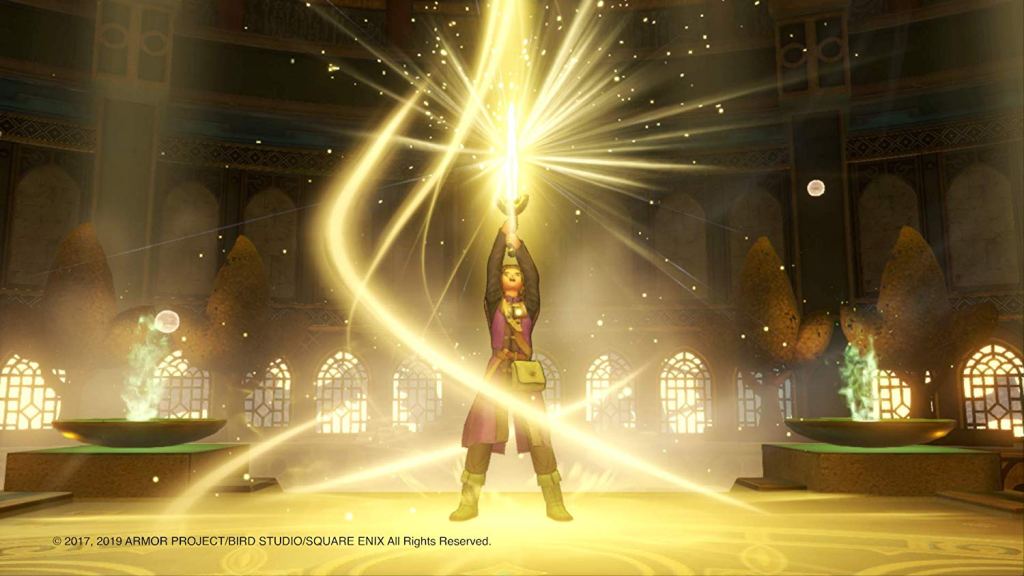 Luigi is Mario’s scaredy-cat brother, and instead of jumping around in a platformer, he gets to explore a haunted hotel in Luigi’s Mansion 3. As the taller, skinnier Mario brother, you’ll bust ghosts with the best of ’em with a vacuum called the Poltergust which can trap all the pesky spirits hanging around the hotel. There’s plenty of spooky gameplay to take in, but don’t worry, it’s not too scary — it’s actually a great option for younger players looking to ease themselves into the horror genre. It’s a hilarious adventure for Luigi as well, because watching him get scared is endlessly entertaining. 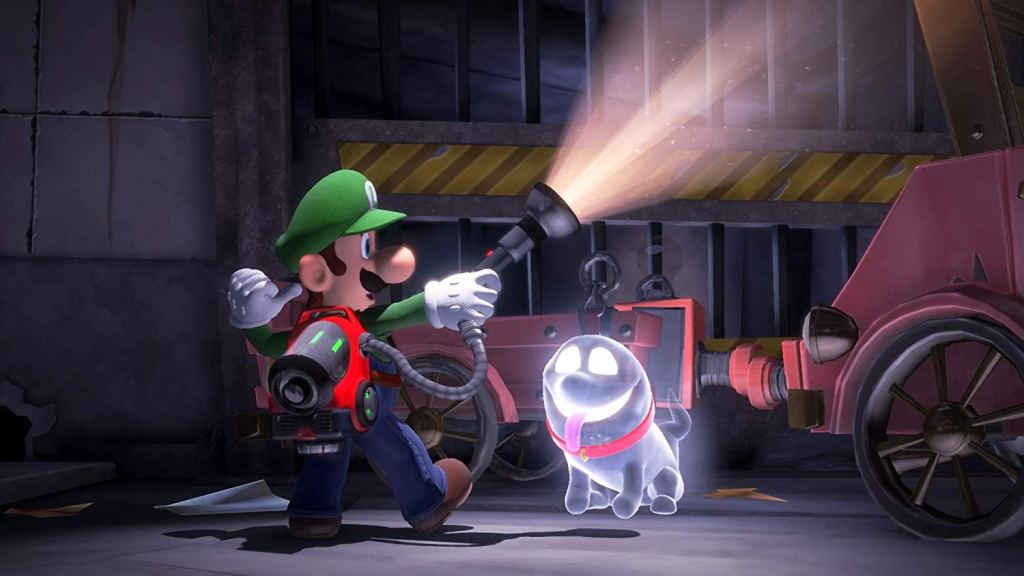 Getting in shape doesn’t have to be a pain. It can be as simple as setting off on a colorful journey with your Nintendo Switch! Ring Fit Adventure is called as such because it comes packing a ring controller that lets you control a character by working up a sweat in the real world. Strap on a special peripheral and hang on tight as you sweat your way through a series of workouts disguised as a role-playing game. You’ll forget you’re exercising as you kick monster butt and complete an exciting quest with engaging characters and an intriguing storyline. 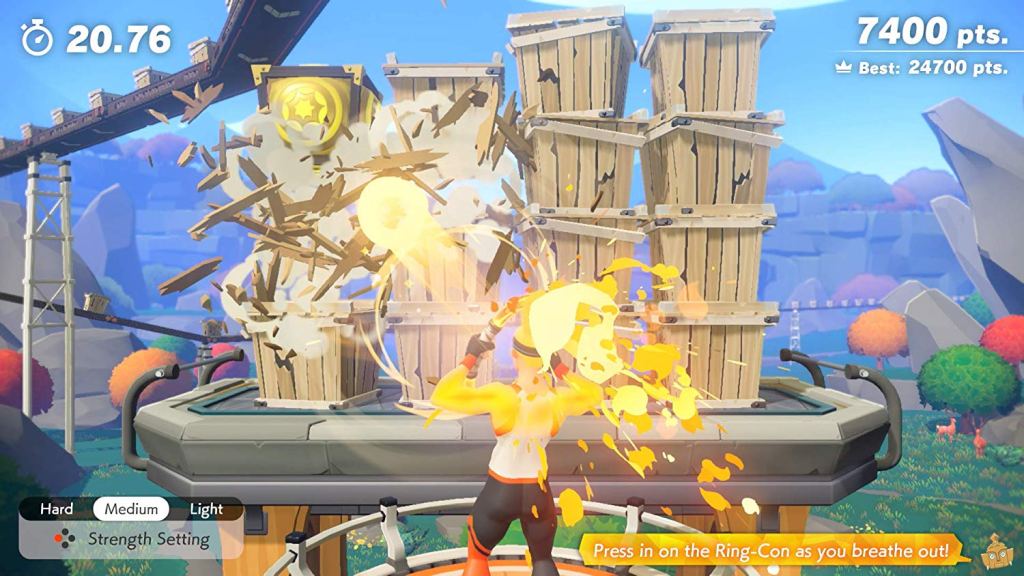