As much as you might think, vinyl records aren’t just for your grandparents anymore. The once deemed dinosaur-esque way of listening to music we began dropping for CD-players and iPod Nanos is becoming as popular as ever. So much so, that one out of every three albums sold in the United States during 2021 were vinyl records, as per MRC Data.

It wasn’t just the last year, either. Since 2011, the world has seen astronomical growth in vinyl sales, going from just 1.7% of physical music sales to 50.4% in only ten years. This makes it official, the best vinyl records have singlehandedly become the most popular physical music format, beating out CDs for the first time since 1991, MRC reports. Vinyl records are officially back and better than ever and this time, they aren’t going anywhere.

For the past couple of years, SPY has been including the best record players within our yearly Christmas gift guide. Why? Because vinyl record players make a great gift for any music lover, whether they’re old, young or anywhere in between. Adding to a record collection can become extremely fulfilling and sometimes, your collection might become a lot more money down the road.

But, for any new or old record player owner, some folks might be wondering in this digitally-forward world, where exactly are the best places to buy vinyl records online?

Where to Find Vinyl Records Online

Sure, supporting your local record store should be top priority, but the honest truth is this: most of the time, vinyl records are so much more affordable when purchased online. Additionally, some of the best places to buy vinyl records online have a number of exclusive, limited LPs that can consist of specialized album artwork or colorful discs you won’t be able to find elsewhere.

Plus, the best places to buy vinyl records online will almost always have whichever record you’re looking for. Not for nothing, but the same can’t be said when shopping at your local record store. Anything hyper-specific you might be searching for will 100% have a spot online.

But, where exactly? Read on and find our top spots for buying vinyl records online below.

As the world’s biggest no-brainer, you can absolutely purchase a number of popular vinyl records on Amazon. And, the best part about it, is that these records will be at your house in no time thanks to Prime. When purchasing, keep in mind that a majority of records available on Amazon will be all-black LPs unless stated otherwise. You won’t have much luck finding Amazon-specific exclusives, but they’ll likely have whatever it is you’re looking for. 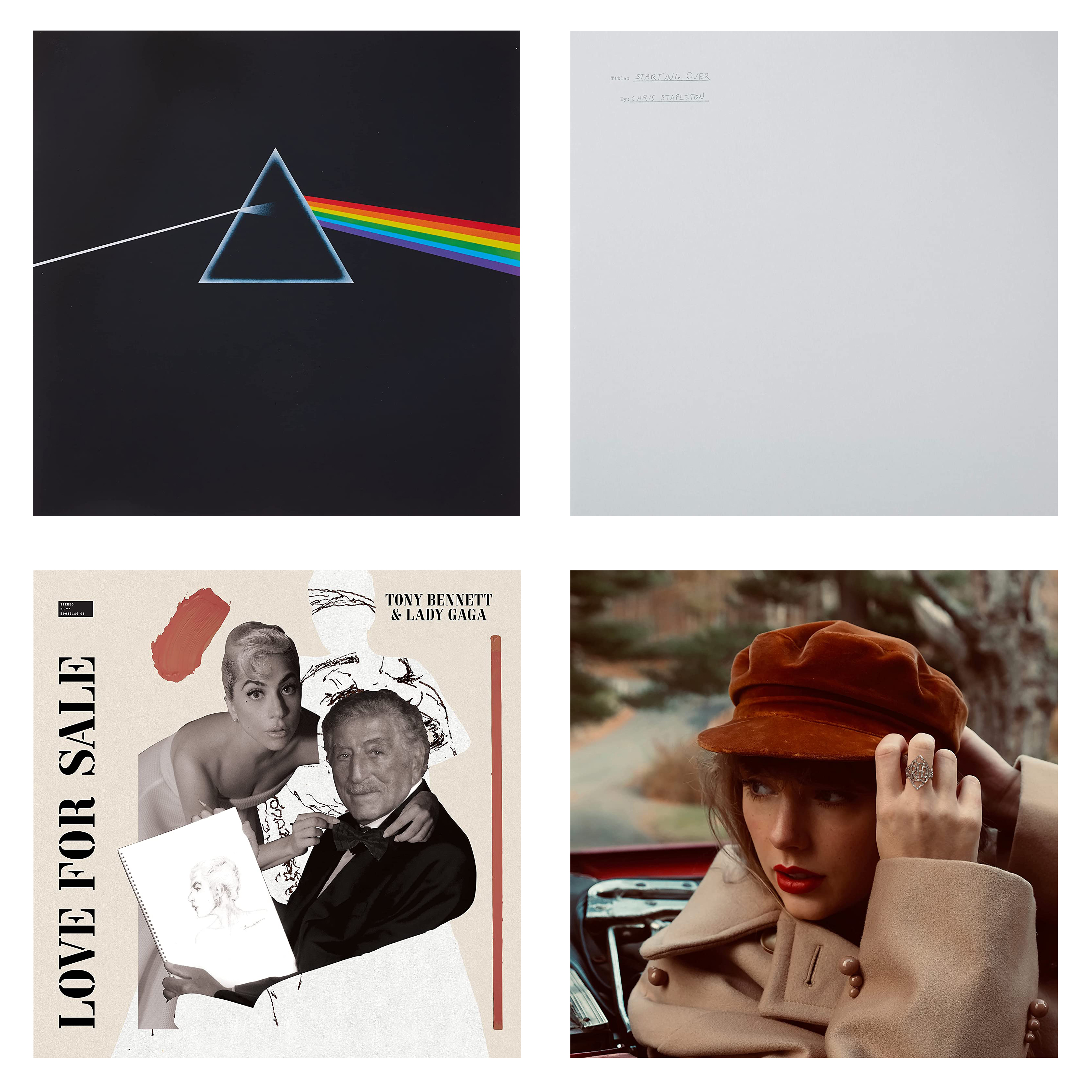 Rough Trade is a UK-based in-person and online record store dedicated to bringing LP must-haves to folks around the world. Rough Trade’s wide catalog of LPs range from online exclusives only purchasable on artists’ websites upon being sold at Rough Trade, all-black LPs and even Routh Trade exclusives you won’t be able to find elsewhere. The store is also a record label for a number of today’s popular artists, including Sufjan Stevens and Princess Nokia, to name a few. 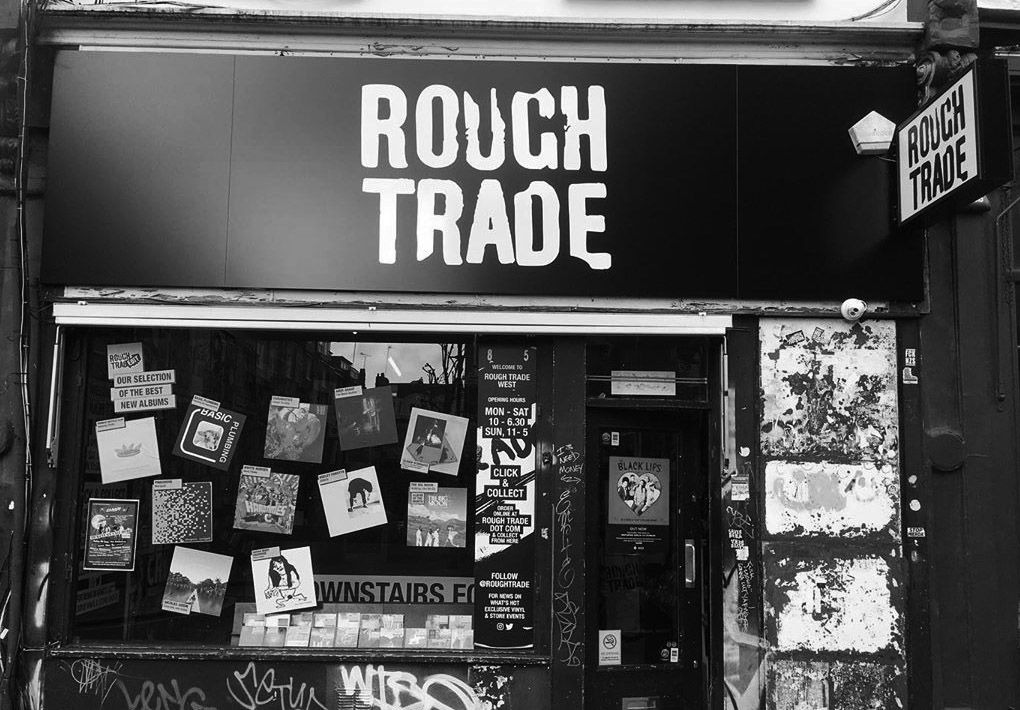 As someone that’s been purchasing vinyl records from Urban Outfitters over the course of the past few years, I have to say that Urban Outfitters started out with a pretty bad rap when it comes to their records. In the beginning, UO was creating candy-colored exclusive pressings teeny-boppers (like myself, at the time) would geek over. But, when placing them onto a record player, they’d sound like… well… shit. I don’t know what it is they did, but in recent years, Urban Outfitters stepped up its game tremendously. Every record I’ve purchased in the past two years has sounded pristine and the brand has some of today’s most popular current artists, which is so exciting to have in a vinyl format. 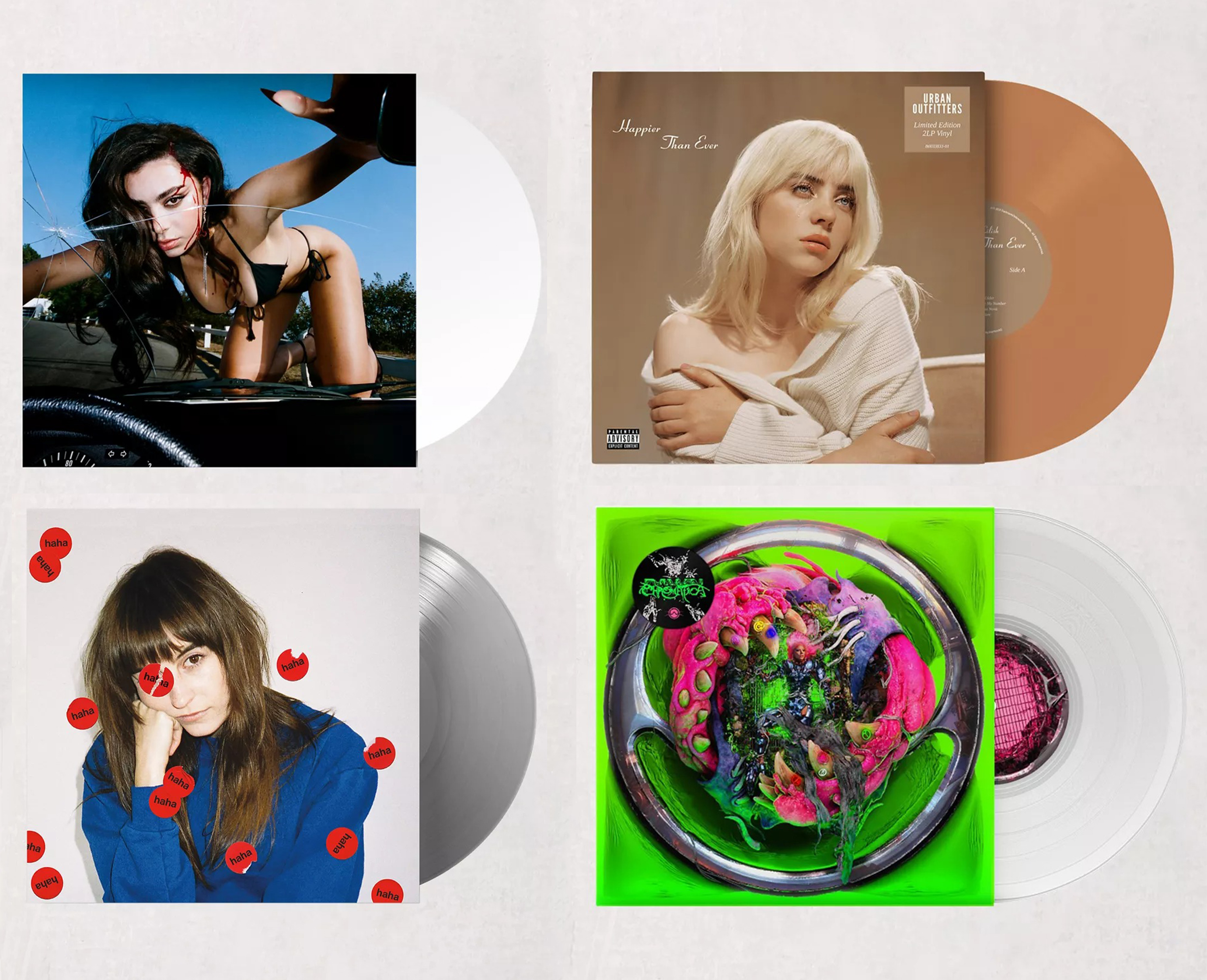 Are you shocked? Don’t be. One thing we can promise you is that in your local Target, there is a section for vinyl records. It might be small, but it’s there. Target’s selection of vinyl records is much larger online than it is in person, which is why we’re considering it one of the best places to buy vinyl records online. The options are seemingly endless here, and Target even does some fun exclusive records with colorful LPs and unique album art you typically don’t see from larger retailers. 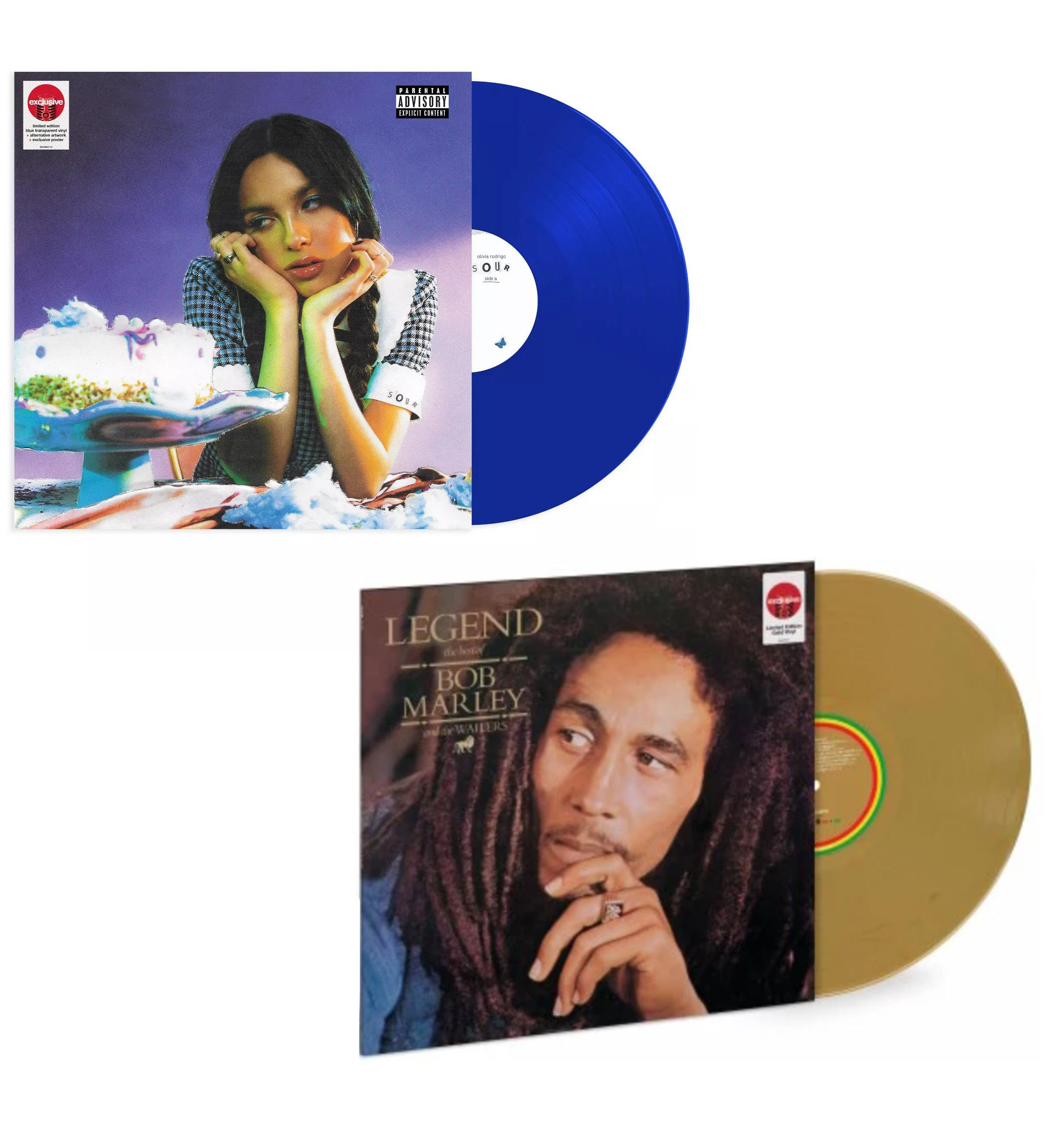 Say you’re looking for something super specific. Maybe it’s a very specific exclusive that sold out years before you started your collection, a first pressing, whatever. Odds are, you’ll be able to find it on Discogs. Maybe not today, maybe not tomorrow, but it’ll be there eventually. Discogs is a website dedicated to connecting buyers and sellers from anywhere and everywhere so folks can find exactly what it is they’re looking for. Discogs is hyper-comprehensive, too, so you’ll get all of the information you could possibly want to know about a record before purchasing, leaving no surprises. Most records sold at Discogs are used, but you will be able to find some rarer new LPs as well.

Much like Rough Trade, Amoeba Music is an in-store and online store featuring records of new and used qualities. With three in-person locations in California and one of the most massive record collections on Earth, Amoeba Music has been bringing LPs to the people since 1990. Find anything from used oldies to good ‘ole Billie Eilish in their vast collection. Sure, their website might look like it was made the same year their first store opened, but it’s much easier to use than it looks. 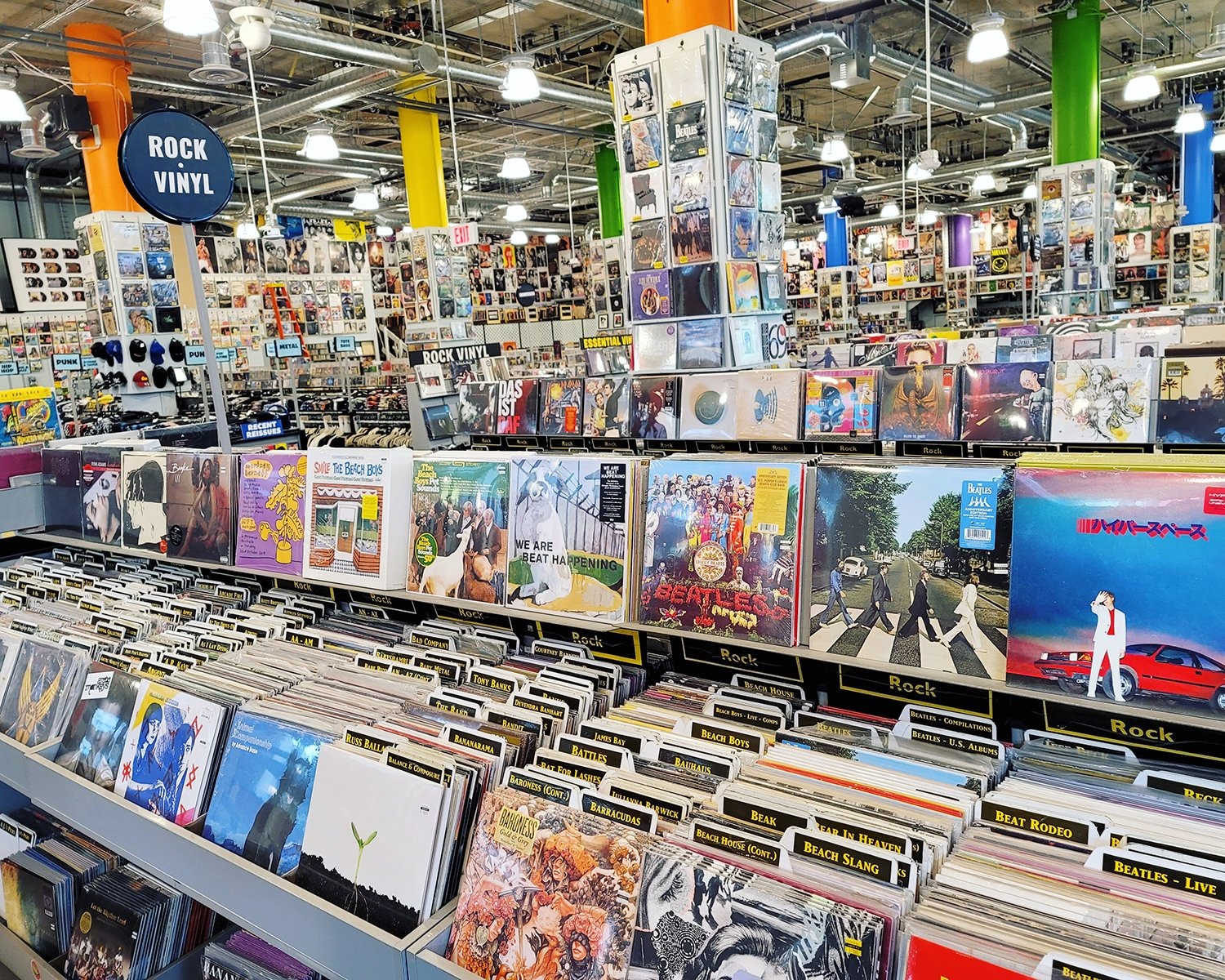 VNYL is one of the most unique ways to grow your vinyl record collection in 2022. But, how exactly does it work? Well, unlike any other places to buy vinyl records online that we’ve included so far, VNYL sends folks three records a month that they think buyers might like based on their music taste. I reviewed VNYL back in 2020 and my experience was pretty neat. All in all, VNYL is something every vinyl record collector needs to try at least once. 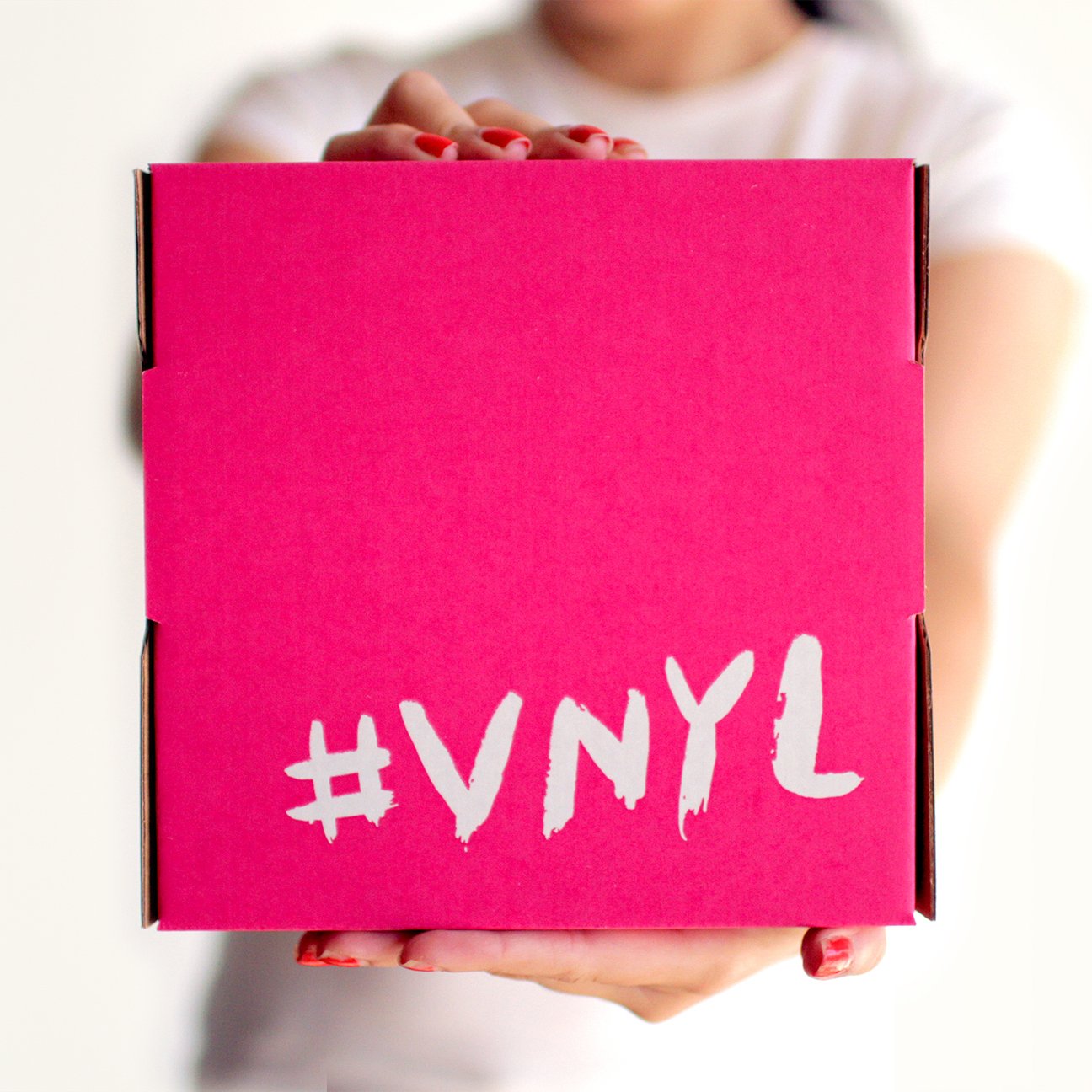 8. The Sound of Vinyl 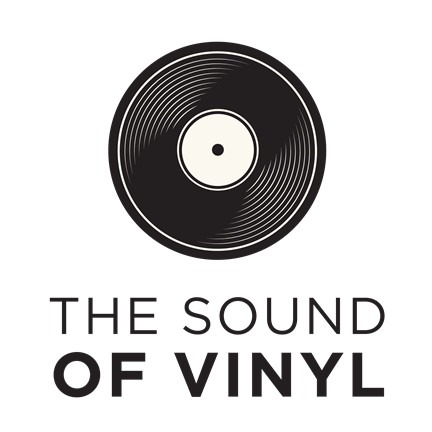 Courtesy of The Sound of Vinyl

Vinyl Records from The Sound of Vinyl

The Best Vinyl Record Storage Hacks for Your Home