As more and more gamers get their hands on the newest gaming consoles, the next step is to ensure their setup can take advantage of the units’ full power. And while gaming monitors and gaming televisions are an excellent way to harness this power, a gaming projector is also an equally compelling candidate. If you don’t want to hang a TV but still want to have a massive screen, a gaming projector might be worth it.

As with all TVs and monitors, you’ll want to ensure your gaming projector is capable of outputting images in a big, bright, sharp, and vivid quality, so pay attention to projectors that feature high contrast ratios, HDR, 4K output, low input lag, and more. These factors will make your gaming experience even better.

To make this process even easier for you, we’ve rounded up eight of the best gaming projectors available right now to take your gaming experience up a notch. Our selections can be found below.

Thanks to its short-throw projection, the LG HF85LA gaming projector will fill out your gaming room nicely thanks to its ability to deliver a large image in a small space by simply placing it a few inches away from your wall. The ability to add a Bluetooth speaker to the projector means you can boost your audio experience to ensure you’re getting quality sound. The 1500 ANSI lumens projection ensures a decidedly vivid and HD picture (no 4K output here, sadly). Still, the laser lamp helps to provide a highly detailed image that will last for years and years without needing to be replaced. 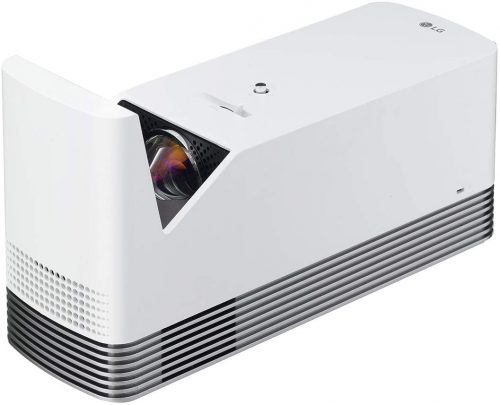 If you want a projector for your gaming experience but don’t have a lot of funds, Anker’s Nebula Capsule II gaming projector is a fantastic value pick. While the HD output tops out around 720p (which may be a dealbreaker for some), it’s excellent for those who want to pair a Nintendo Switch with a projector. The 100-inch image provides a wide viewing space, while the 200 ANSI lumens allows for a bright and vivid picture for all of your favorite games. 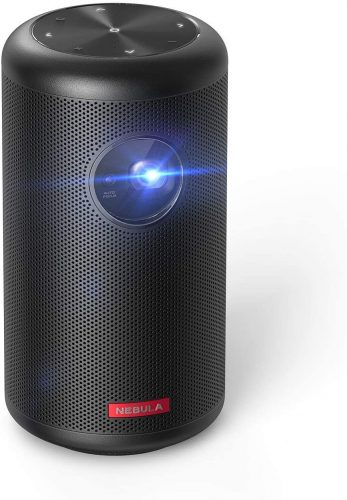 If you’re looking for a projector you can use for more than just gaming, the Epson EF-100 is a great multi-use choice. With 150-inches worth of projection space, you’ll get a bright and rich image, even if the light happens to be on while you’re using it. The built-in Android TV functionality allows you to connect to smart apps to stream Netflix, Hulu, and other shows. Additionally, the included speaker does a pretty good job of sound output, but it’s pretty easy to connect another audio device of your choosing, should you so desire. 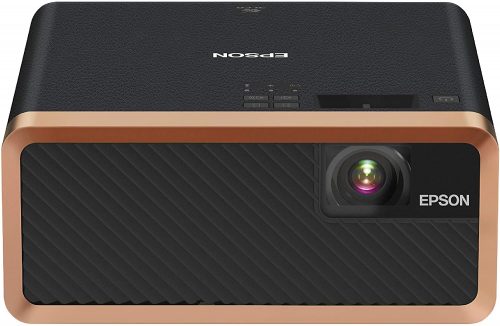 One of the (many) benefits of new gaming consoles like the PlayStation 5 or the Xbox Series X is their capacity to render games in High Dynamic Range, otherwise known as HDR. HDR refers to the range of light and dark tones in your image and a device’s ability to render that range effectively. The BenQ TK850 will make sure you can take full advantage of the HDR output of both systems, which means your game image will look spectacular, especially once you pair it with the 4K UHD image quality.

Looking to really splurge on your setup? Optoma’s CinemaX P2 gaming projector is the top-of-the-line option. With a staggering 3000 lumens and a 4K UHD output, your images (whether from your favorite game or maybe your favorite movie) will shine in unparalleled quality. The integrated soundbar produces an impressive sound, making it so you don’t have to worry about getting something to pair with the unit itself. Plus, the short-throw capacity means you can place it on top of the media console and have it project onto your wall with ease. 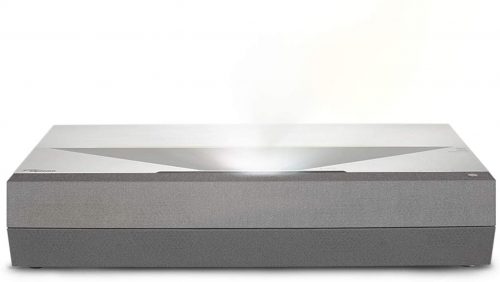 Those who want a massive image in a small space but who also don’t want to skimp on features should check out the EqiqVision gaming projector from Epson. Capable of rendering your images in 4K HDR, the Epson is another short-throw projector, but our pick for the best short throw on this list. With a projection of up to 120″, you’ll get plenty of bang for your buck when it comes to screen size. The unit comes with a custom-designed Yamaha speaker built-in, making it a great all-in-one unit for apartments or tiny game rooms.

For those with a slightly higher budget to spend on a gaming projector will want to check out the Optoma GT1080HDR gaming projector. While it doesn’t have a 4K output, it does offer a full HD 1080p image quality that’s bolstered by HDR to provide a more vivid picture than what you’d typically get from a full HD device. Additionally, the 3800 lumens make it so the image quality itself is vivid and bright. Oh, and the two HDMI outputs make it easy to have multiple devices attached to the projector at the same time in case you want to game on different consoles.

Looking to make sure your new gaming console has a screen that can utilize its high resolution? The BenQ HT3500i gaming projector outputs all its images in a stunning 4K resolution, so you’ll have a more clear and vivid picture when you’re gaming. This image is further improved by a 30,000:1 contrast ratio, making it so all the little details of the gaming world you’re exploring pop nicely. Plus, the 2,000 lumens output provides a bright display no matter the lighting condition. 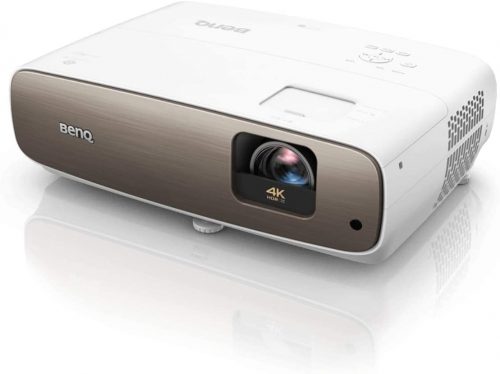 Want the Best-Looking Visuals? You Need One of These 4K Monitors