When it comes to gaming, the controller you use to guide your character to victory is as important as your skills as a player. Sure, consoles like the PlayStation 4 come packing their own proprietary equipment when you purchase one, but you may find yourself needing an additional controller or having to replace one if the original breaks. Perhaps you just don’t like the color you received.

Whatever the case may be, there are plenty of other Playstation controllers on the market that will suit your needs if you find that you need another. From controllers that offer a configuration similar to the Xbox One to comfortable, miniature riffs on the classic design, the perfect model is out there.

If you’re ready to power up your PlayStation 4 setup, look no further. We’ve selected some of the best PS4 controllers on the market to give you the biggest edge on the competition you can possibly get — or at the very least, offer a way for you to invite a Player 2 into the fold.

Our favorite PlayStation 4 controller may seem pedestrian, but that’s because Sony makes the best there is for the money. The original, factory-standard wireless DualShock 4 that comes along with a new console is the best option for most players. Whether you need to purchase an additional controller to play games with others or simply need a replacement, you can’t go wrong with this industry standard. Its thumbsticks fit comfortably beneath the pads of your fingers, it comes in a wide variety of colors and it lasts from eight to 10 hours on a single charge. It’s also pleasingly weighty, which makes it extremely durable — in the event you drop it (or throw it out of frustration.) 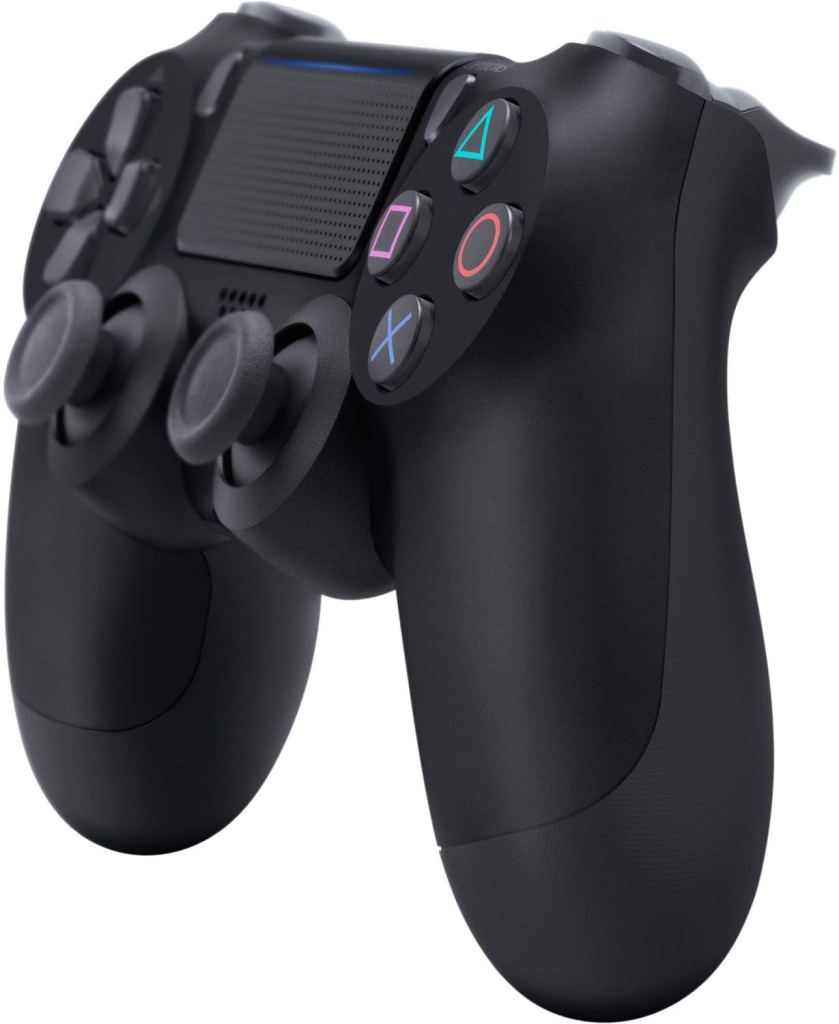 Nacon’s Revolution Pro Controller is officially licensed by Sony, which gives it an automatic seal of approval from the PlayStation 4 manufacturer itself. If the official DualShock 4 doesn’t appeal to you, this slick riff on the PS4 controller certainly will. It includes the same niceties as Sony’s official controller but switches up the analog stick locations to make it more comfortable for those used to the Xbox One’s layout instead. It also opts for a grippy, fingerprint oil-fighting texture as well as an LED light circling the right analog stick. You may find yourself fighting for the third-party option instead of Sony’s controller for once during multiplayer games. 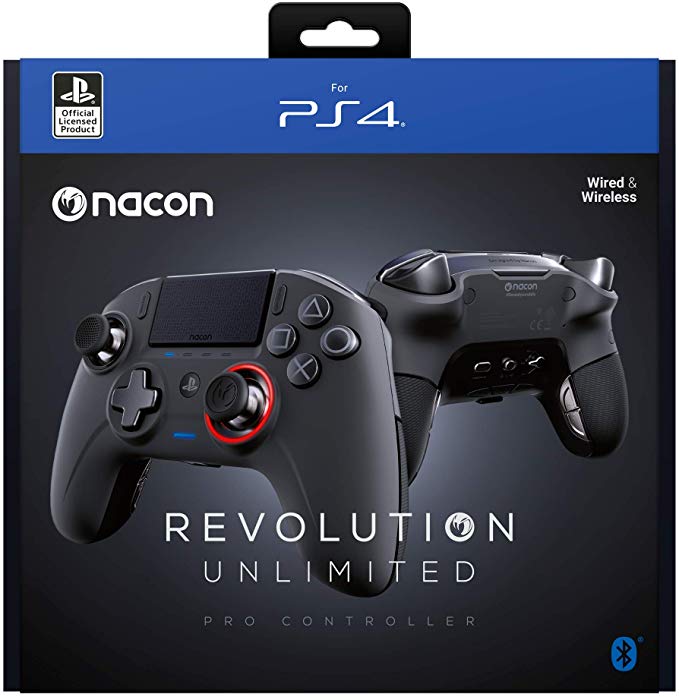 When your kid wants to get in on all the PS4 fun, this Wired Mini Gamepad can help their little hands gain control. It connects to the console with a 10 ft cable and lacks many of the features of the DualShock 4 controller such as a headphone jack, speaker or light bar. It’s compatible with most PS4 games, but if you’re getting this for a kid, you shouldn’t have to worry about the game being too complicated for this PS4 controller to not work. 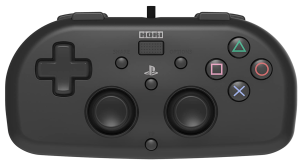 The big difference between this controller and the DualShock 4 is the layout of the joysticks, and you don’t have to be Sherlock Holmes to figure out that the difference is an asymmetrical layout. Many people find asymmetrical thumbsticks to be more ergonomic and comfortable to hold. And its oh so slightly heavier and thicker than its DualShock counterpart making it feel more prominent in your hands, which some gamers will prefer. 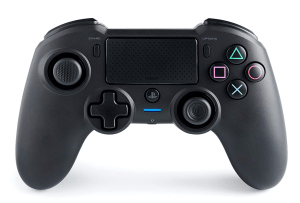 This budget friendly PS4 compatible controller is available in four different colors and has all of the features you’d expect from the likes of a DualShock 4 controller such as built-in speaker and headphone jack to immerse yourself in the game with a gaming headset. Beyond that, the palm ends are grippy and the buttons are speedy and responsive for players looking for better reaction times from their controllers. 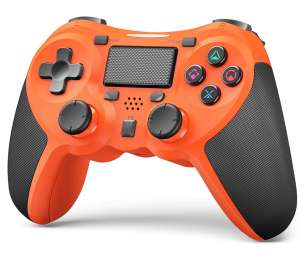 The Thrustmaster eSwap Pro lets gamers really get particular and specific with this controller. There are re-mappable buttons, as well as adjustable trigger sensitivity for gamers who demand precision. If you have a whole other set of presets you like, you can switch between the two in real time. And if you decide you want completely different components like a different joystick or D-Pad, yeah, you can swap those out, too. 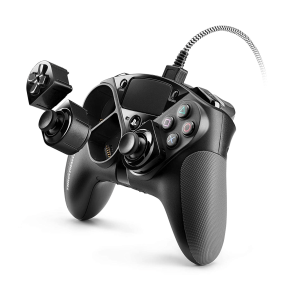 Calling all fighting game fans, beat your next boss with the controller that’ll help you get it done. The PlayStation 4 Raion Fightpad is built with a 6 face button layout using Razer’s classic style. Carrying a feel that exudes that classic arcade feel you’ve always craved in a gaming controller, the Raion Fightpad is built for thriving and winning any combat. This wired option sits at just under a hundred bucks, too, making it on the more affordable side of gaming controllers—which is perfect for the kind of guy that wants to game seriously but save some coin while doing so. 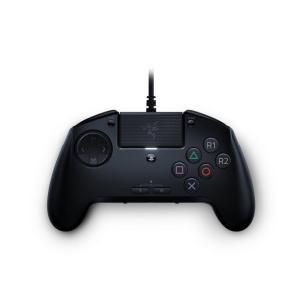 Everything about Astro’s C40 TR PS4 controller screams quality, especially its excellent battery life and wireless connectivity. It dwarfs even Sony’s DualShock 4, offering up to 12 hours of battery life, plus it features interchangeable thumbstick toppers and directional pads. If you’re more interested in how the Xbox One gamepad is set up, you can even switch out the entire configuration to make the C40 TR match an Xbox-style controller. It’s extremely versatile in that way, and it’s also extremely attractive in general. 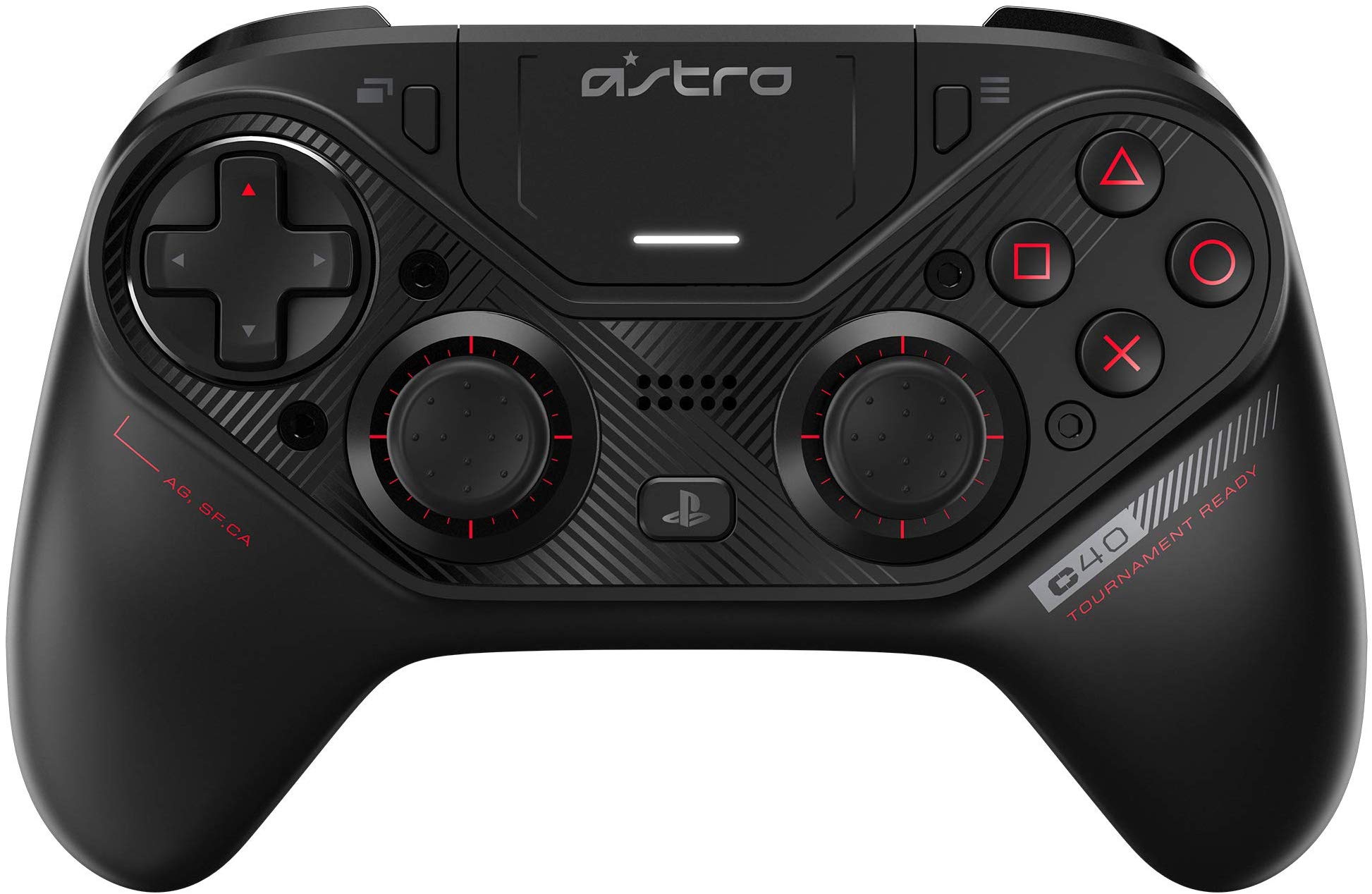 This budget controller may not be from a recognizable brand, but it does a fantastic job at mimicking everything that makes the DualShock 4 so comfortable and satisfying to use. It looks nearly identical to the original and performs similarly, all for half the price. It features a headphone jack, wireless connectivity and the same light bar seen on the official Sony-branded controller. The stylish blackout buttons add a fun look to the design as well, though for those unfamiliar with the face buttons’ functionality, you might offer a different option. 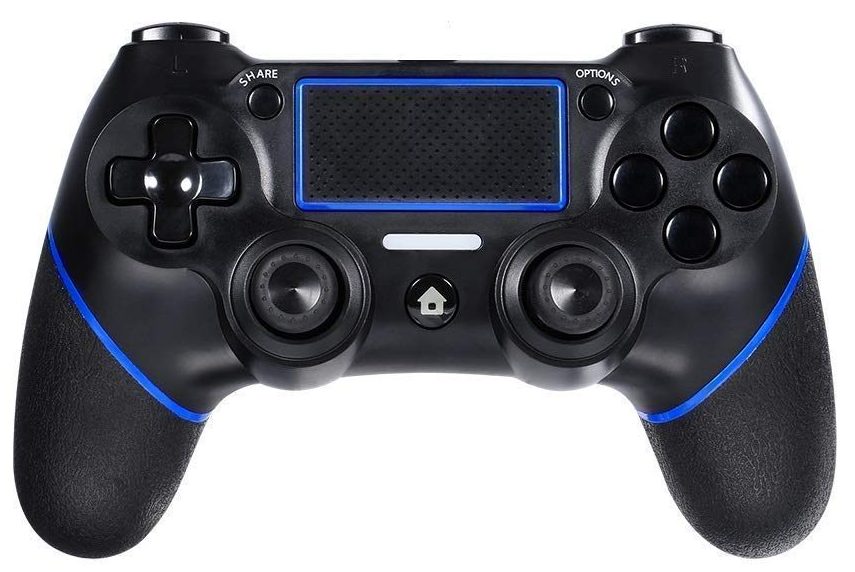