In honor of Reservoir Dogs’ 25th anniversary, what better way to commemorate Quentin Tarantino’s groundbreaking first film than to rank all 8 of his films? (We’ve included links to rent and stream their films online, too).

The story surrounds the life of Stuntman Mike (Kurt Russell) who takes unsuspecting women on deadly joy rides. One could say that Tarantino pays a small homage to stunt doubles, considering the main character plays a stuntman and the main antagonist, Zoe Bell–a real stuntwoman–plays herself. 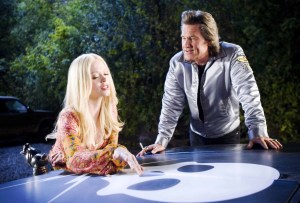 Tarantino’s newest movie marks his eighth film as a director; coincidentally, or not, the title reflects this achievement. In its most static setting, The Hateful Eight incorporates mystery and thrill as eight strangers are trapped in a cabin because of a snowstorm. With nowhere to go and no way to leave, they attempt to discover (or cover-up?) who is responsible for the deaths of the owners of the cabin, while trying not to get killed themselves.

With that said, this isn’t your typical “Guess Who?” game. Tarantino excites his audience by making us incapable of foreseeing the dangers that await each character. Also, despite the movie’s minimal setting and characters, The Hateful Eight displays a glorious cinematic experience, with its reintroduction of 70mm film and a nerve-wracking story. 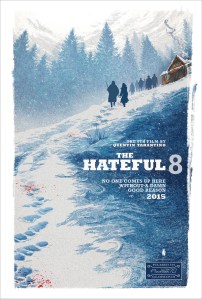 Released on Christmas Day in 1997, Jackie Brown is a cool Los Angeles movie about a flight attendant named Jackie Brown (Pam Grier) who is busted for smuggling money for her arms dealer boss. Now, with Jackie busted, she will have to decide whether she will face jail time for her silence or death for cooperating with law enforcement in saying who her boss is.

An homage to 1970’s Blaxploitation films, Jackie puts a spin on the mob narrative and Tarantino has fun with the two oppositions: criminals and law enforcement. 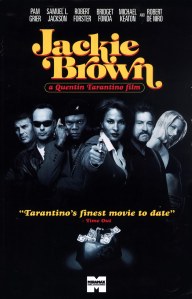 Tarantino heads to the South in this western action film. Django Unchained follows the story of Django: a freed slave accompanying a bounty hunter on a mission to capture the Brittle Brothers.

Along the journey, Django will use his extraordinary gunslinging skills to defend the ones he loves and kill the people that threaten him. Like Inglourious Basterds, Django Unchained presents a controversial yet ultimately beloved historical fiction film, that displays another amazing performance by Leonardo Dicaprio, and what some consider as one of Jamie Foxx’s best performances. 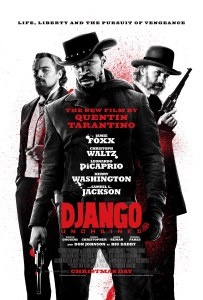 Uma Thurman kicks ass in Kill Bill 1 & 2. Quentin Tarantino merges American culture with Japanese film inspiration to deliver one of the 2000s most action-filled movies. Similar to Shoshanna from Inglourious Basterds, The Bride (Uma Thurman) seeks vengeance with death and will stop at nothing until she completes her goal. As a result, she will have to fight old-friends, travel to Japan, and Kill Bill. 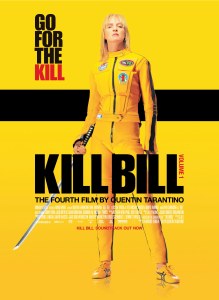 Image courtesy of A Band Apart/Miramax/Kobal/REX/Shutterstock

Five years after the release of Kill Bill 2, Tarantino reemerged with the release of Inglourious Basterds, a historical fiction masterpiece set during World War 2. The story begins by introducing Nazi occupation in France, which makes it all the more ironic when a team of Jewish allied soldiers is displayed tormenting Nazis. The story then intersects on the life of Shosanna Dreyfus who seeks vengeance from the Nazis.

Inglourious Basterds is without a doubt as inventive as it is enjoyable to watch. With a dialogue that offers some of Hollywood’s greatest examples of suspense, this movie presents carefully layered circumstances for all walks of life to enjoy. 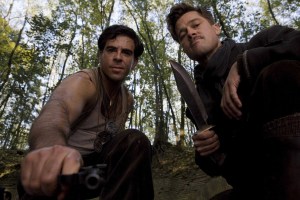 Tarantino crosses the storylines of Los Angeles mobsters, athletes, and petty-criminals in Pulp Fiction. Starring John Travolta, Bruce Willis, Uma Thurman, and Samuel L. Jackson, these acclaimed actors take on some of their career’s most adored and famous characters. For anyone searching for a movie that will make them laugh hysterically and question every scene, watching Pulp Fiction is a roller coaster of its own, that will have you wanting to re-watch it again. 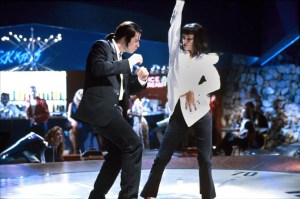 If it weren’t for Reservoir Dogs, Quentin Tarantino wouldn’t have generated the same level of praise received in Pulp Fiction or any of his later films. Even though the film reportedly didn’t have enough budget to pay for traffic control during production or for top-billed actors, Reservoir Dogs manages to stand out as a notable cult movie today.

The story follows a gang failing to successfully pull-off a bank heist, and, simple as it may sound, the film’s structure–which opposes standard chronological narrative–proves how the art of storytelling factors into the movie’s achievement at the Sundance Film Festival and beyond. Its Tarantino’s use of natural dialogue, meticulous choice of scenes, and unchronological order in Reservoir Dogs that began to shape his daring, signature style as a director. 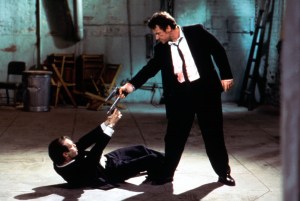