Gone are the days of rummaging through old thrift stores in order to find a decent record player. For the first time in some 40 odd years, record sales are up–leading to an ever-growing market of portable turntables. And with growing market demand comes an increasingly more competitive price. In fact, these days you can find a decent record player for a fraction of what they used to cost. For proof, just check out these five great (budget) options below.

This sleek turntable comes with three built-in speeds and boasts its own stereo speakers. As a USB turntable, simply connect your phone or laptop via the USB outlet to instantly record and transfer your records into both MP3 or WAV files. 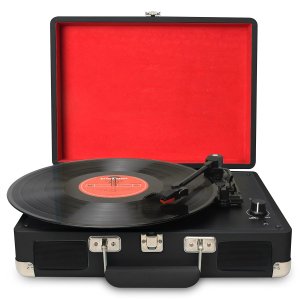 This compact turntable features three adjustable speeds and comes with its own built-in speakers, so you won’t have to worry about hooking it up to an external outlet. It also features a handy RCA output, headphone jack and AUX input so you can plug your smartphone in. At just under $40, this record player is a serious steal. 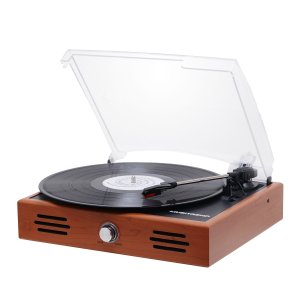 Convert any vinyl record into a digital MP3 file with this easy-to-use turntable. With three built-in speeds, an RCA Line Out output and an auto stop switch (which is hard to find on modern record players), this model looks great displayed on a shelf and it even comes with its own internal stereo system. 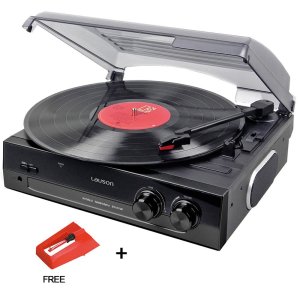 Available in two eye-catching colors, this charming turntable comes with front-facing speakers, headphone jack and RCA output for all your listening needs. Best of all, it’s extremely lightweight and compact, making it a great choice for on-the-go audiophiles. 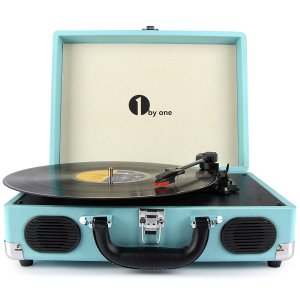 As one of the most respected and well-known names in the industry, Victrola record players are simply the cream of the crop. This three-speed model comes with built-in Bluetooth and a 3.5mm aux-in for traditional listening. It also comes with its own carrying case for extra portability. 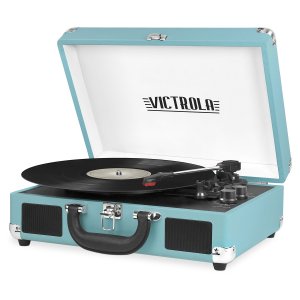 
The Ultimate SPY Guide to Audio