Like FAANG to the tech stock market world (Facebook, Apple, Amazon, Netflix and Google), you could say LSS is the equivalent in the world of TVs (LG, Samsung, Sony — although not nearly as catchy or cool to stay). If you want a premium TV, most likely you’re going to get a TV from one of those three heavy hitters.

Samsung has some of the most impressive TV technology around, forgoing OLED technology (found in upper-end LG and Sony TVs) to boast their proprietary Quantum Dot technology that produces bright and beautiful picture quality. And in their newest 2021 releases, we’re seeing 4K TV infused with mini-LED technology, better HDR processing capabilities and Samsung continuing to lean into 8K displays.

While it’s great to get the newest TV with the latest technology, this also gives budget shoppers an option to score a fantastic 2020 TV for hundreds of dollars cheaper, simply because it’s last year’s model. Don’t sleep on 2020 Samsung TVs, many of which are still in the mix.

We want you to get an amazing TV, and Samsung is one of the best TV manufacturers around. Below you’ll find our recommendations for the 10 best Samsung TVs for sale in 2021.

You can save a little money by going with a smaller screen (is 55-inch small now?) and choosing the Q80T compared to the Q90T. You still get the same impressive Quantum 4K Picture processor, and while the HDR isn’t quite as powerful as the Q90T, this is still a TV that is nothing short of impressive. Plus, with 4K AI upscaling, older 1080p movies will look like you’re watching them in theaters. 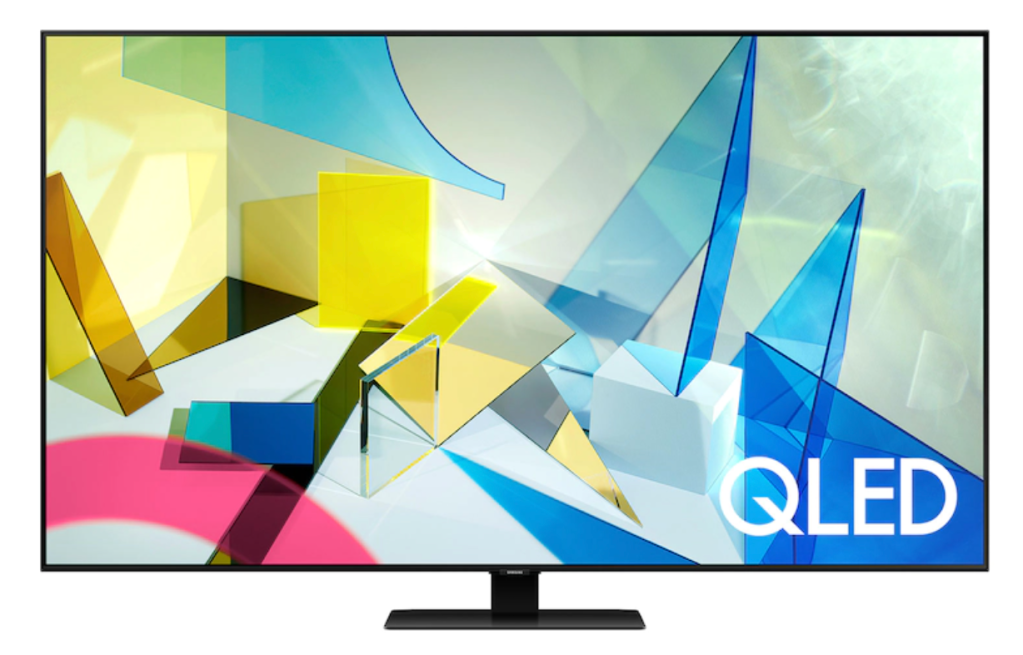 Samsung’s 4K Neo QLED TVs wowed us at CES 2021, and now that they’re available for pre-order, it’s looking more and more promising that Samsung can truly compete with Sony for the title of best LED TV. The 65-inch QN85A is the model that looks like it will provide the most bang for the buck with QLED and mini-LED technologies packed into the display panel, local array dimming and Filmmaker Mode. The one downside here is that it doesn’t include Dolby Vision support, which Samsung oddly continues to ignore. But specs suggest that it will be an excellent gaming TV, with true 120Hz support at 4K resolutions and AMD FreeSync support to minimize ghosting. It even has Wi-Fi 6, which ensures that your 4K streams will be flawless over Wi-Fi, provided you have a Wi-Fi 6 router. 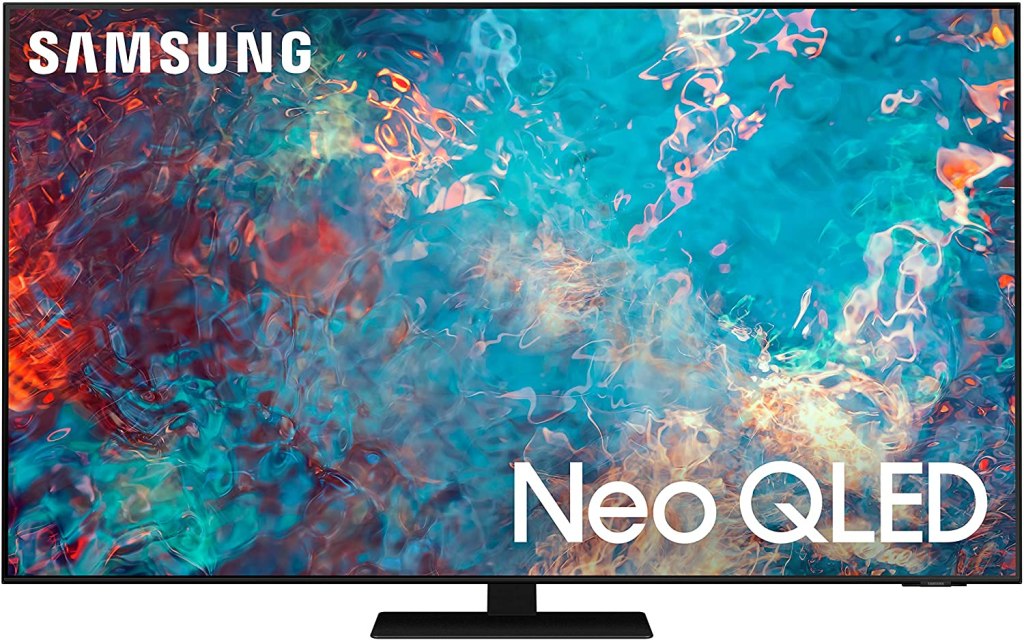 If you want a decent-sized Samsung QLED TV that is reasonably priced, the Samsung Q60T is a solid budget option. It doesn’t have the local-dimming that the Q80T has, it also costs several hundred dollars less. And while there are TVs out there with similar specs that cost much less, few that are as responsive or have as low an input lag, which makes the Q60T better for gaming. The Q60T also gets brighter than most TVs in its class, which means that HDR performance will also be superior, even if it’s not Dolby Vision. 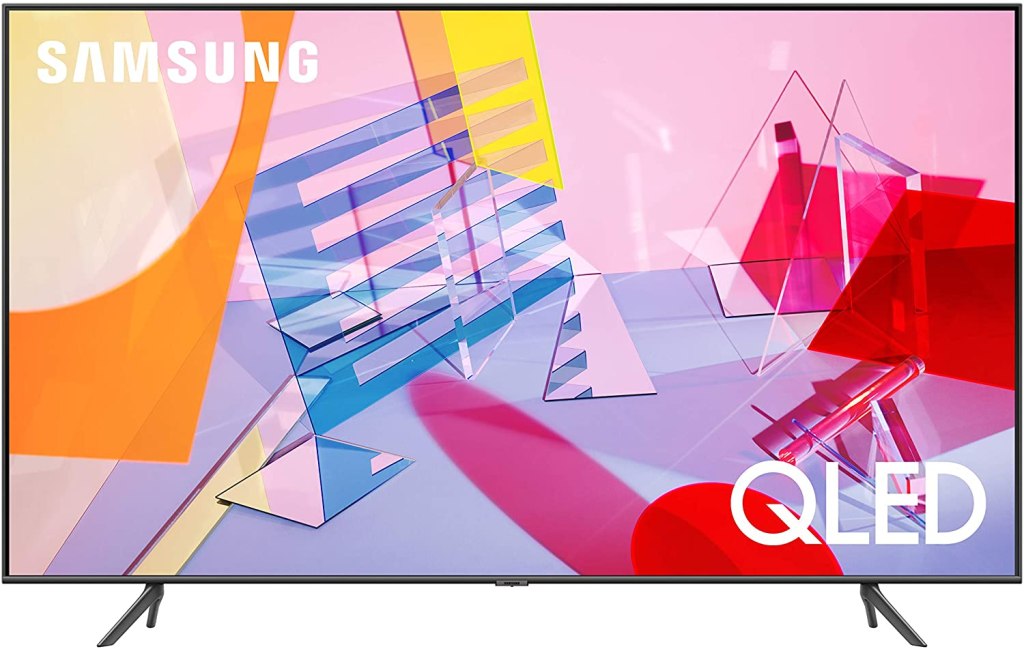 Outdoor TVs are a weird corner of the TV market because weatherproofing either comes at the expense of a reasonable price, or picture quality. Samsung’s “The Terrace” opts to preserve picture quality, which means that this TV will, at minimum, cost you $3500. If you do have pockets deep enough for this TV, you’ll be rewarded with a QLED TV that can withstand the elements (even snow), and deliver a picture that’s rated for 2000 nits of brightness. This basically means you can sit in direct sunlight and still have a vibrant picture. And if you’re lucky enough to live somewhere warm enough to spend more of your time outside than inside, The Terrace could be an incredible splurge. 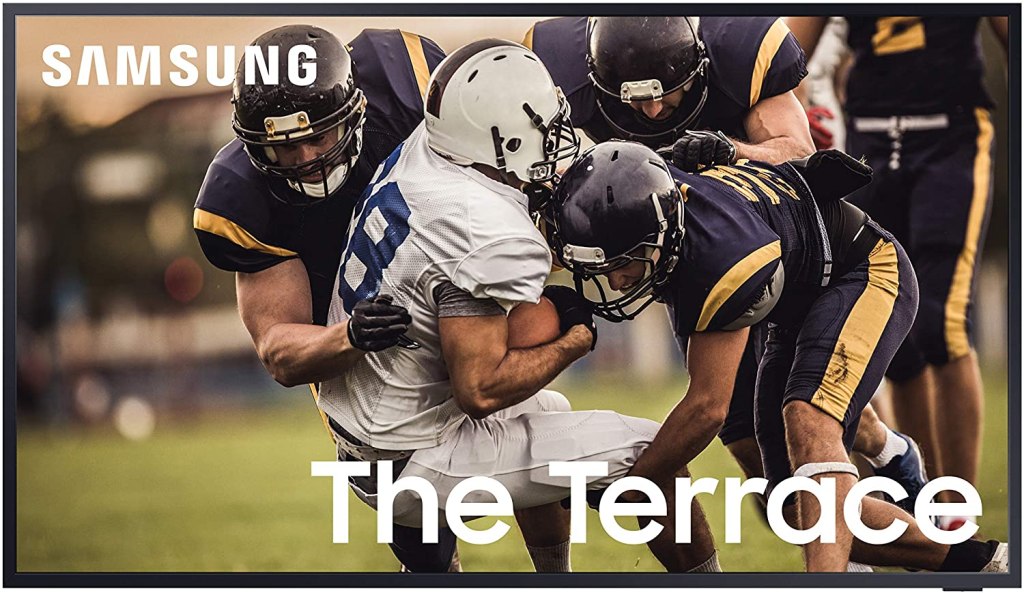 We’ve said it once, but we’ll say it again: 8K TVs are overkill in 2021. But if you insist on having the shiniest toy on the block, the Samsung QN900A Neo QLED TV is it. In addition to the 8K resolution, this TV promises to be Samsung’s brightest, sharpest, most-responsive and accurate TVs yet thanks to its vaguely defined “Quantum Matrix Pro” technology. Unfortunately, there’s not much native 8K content in the world that can take advantage of this content, but the QN900A does have an AI-powered 8K upscaler that promises to make all of your 4K content look incredible (that is still to be determined). If this sounds irresistible to you, you can pre-order now to ensure you’ll have one as soon as these TVs start shipping. 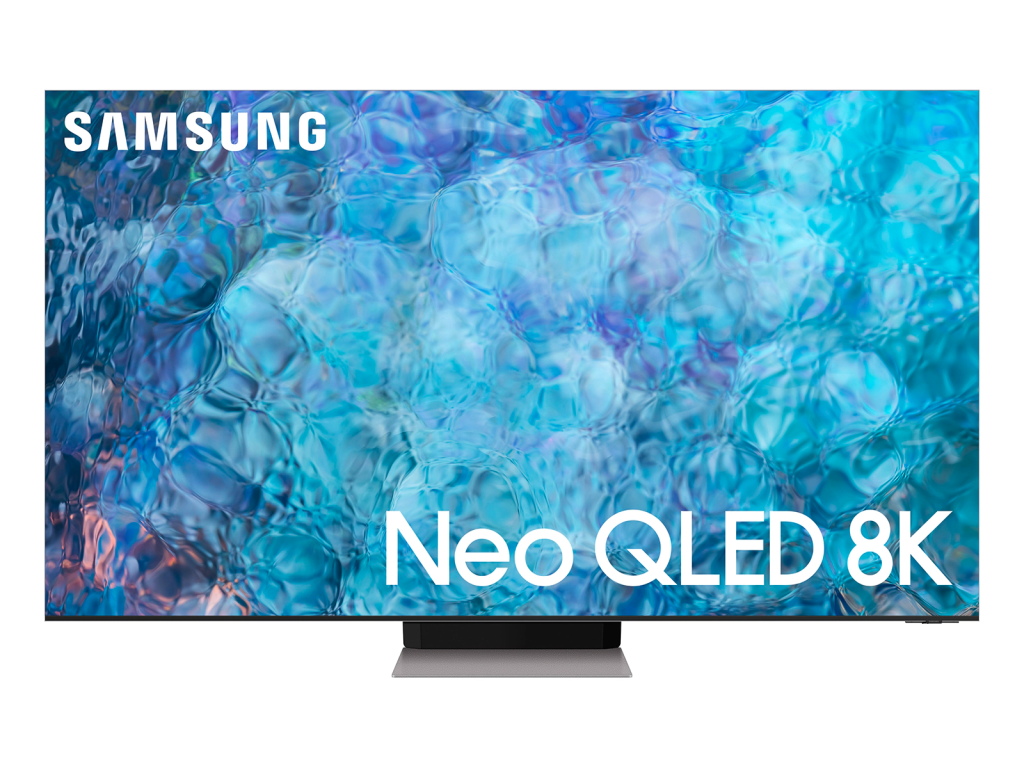 Since there are so many pixels crammed into a 4K screen, the best way to truly take advantage of the sharpness is to get a large 75-inch display. The larger size, like in the Q90T, provides an upgrade in the form of an ultra-wide viewing angle (the screen won’t wash out when you’re viewing from the sides) and impressive sharpness and color saturation. This seems like a nice perk, considering the new 2020 model is powered by the Quantum HDR 16x (same as the 8K TV). It also sports four HDMI ports, to connect all of your favorite media streaming devices. It’s expensive, but it is worth it go to big. 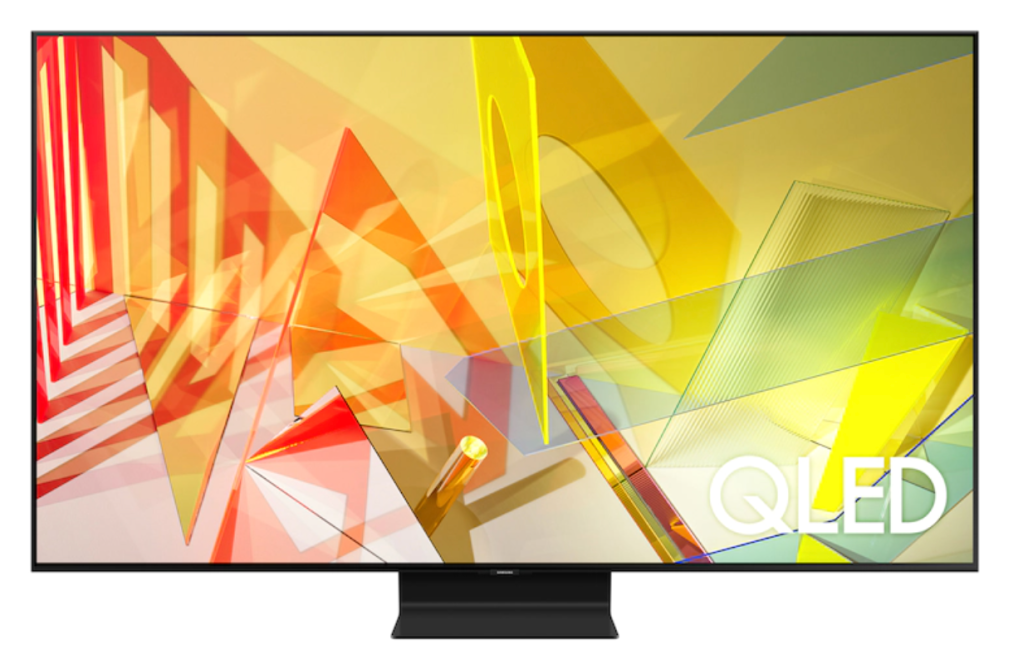 A TV when you want it, and a digital art frame when it’s off; that’s the idea behind The Frame. Speaking of, the bezel is customizable, and we aren’t joking, it really does look like a picture frame. Whether in TV or Art Mode, all of the contents on the display shine in definitive 4K QLED picture quality with a color gamut that covers 100% of the DCI-P3 spectrum. 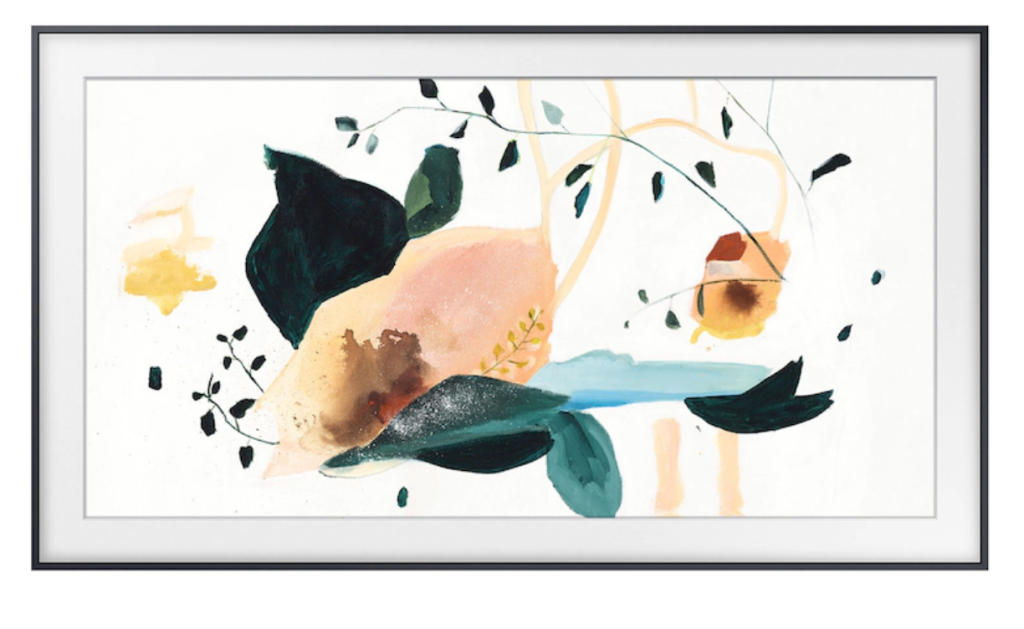 Although this impressive 8K TV is expensive, the picture quality and sharpness are about as realistic as it gets. The Q800T sports an impressive 7680 x 4320 resolution and thanks to the Quantum 8K Picture processor and Quantum HDR 16x, the colors are vivid and saturated. Beyond the incredible picture quality, the TV boasts plenty of connectivity with four HDMI ports, so you’ll have enough room for that new PS5 (when you can finally get your hands on one). 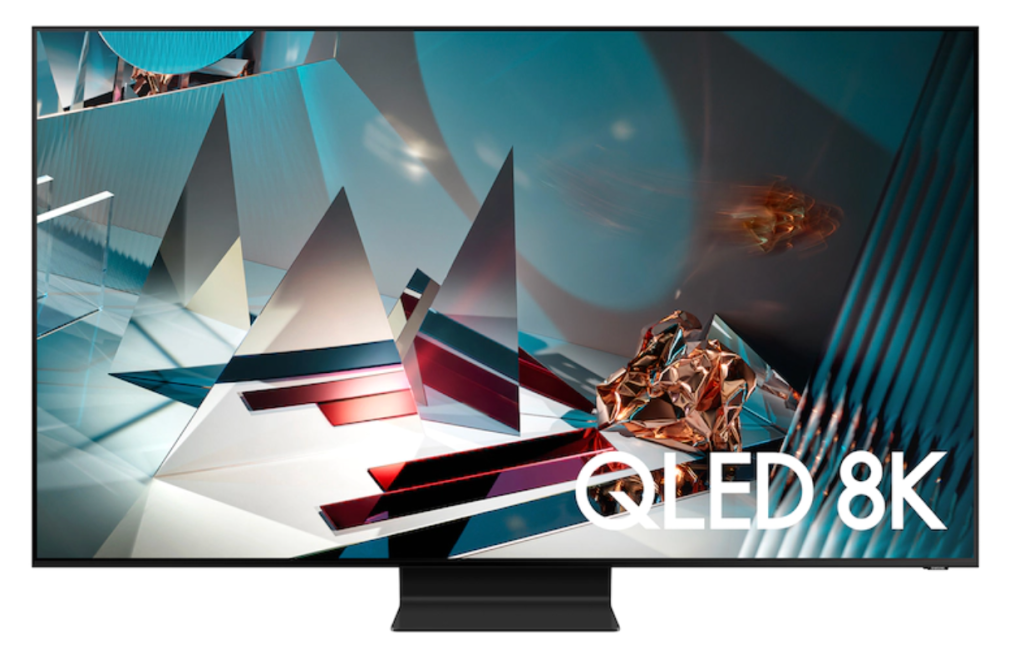 If you want a brand new Samsung TV, but you aren’t willing to spend upwards of two grand to get one, the Q70T provides a viable option. The HDR isn’t as powerful as the Q80 or Q90 series, but inside powering the picture is still the same Quantum 4K processor. And with 4K upscaling, your favorite older movies and shows will have a new shine. One unique feature found on the Q70T is the Ambient Mode, which essentially camouflages your TV with the wall behind it. It’s not quite the same as The Frame, but still gets rid of a black square when your TV isn’t in use. 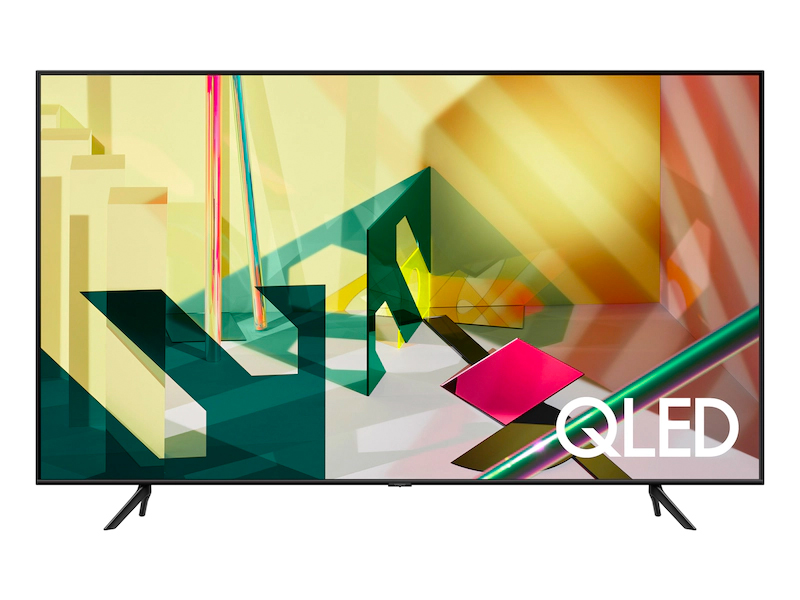 When money is no object, and you want a giant TV with the best resolution available, let us recommend to you the Samsung Q950TS. It’s a whopping $8000, but the 85-inch display is jam-packed with 33 million pixels for 8K clarity that will make your jaw hit the floor. Beyond the incredible picture quality, the ultra-thin design combined with the One Invisible Connection allows you to get the TV flush against a wall for seamless mounting. This TV is nothing short of impressive (and expensive). 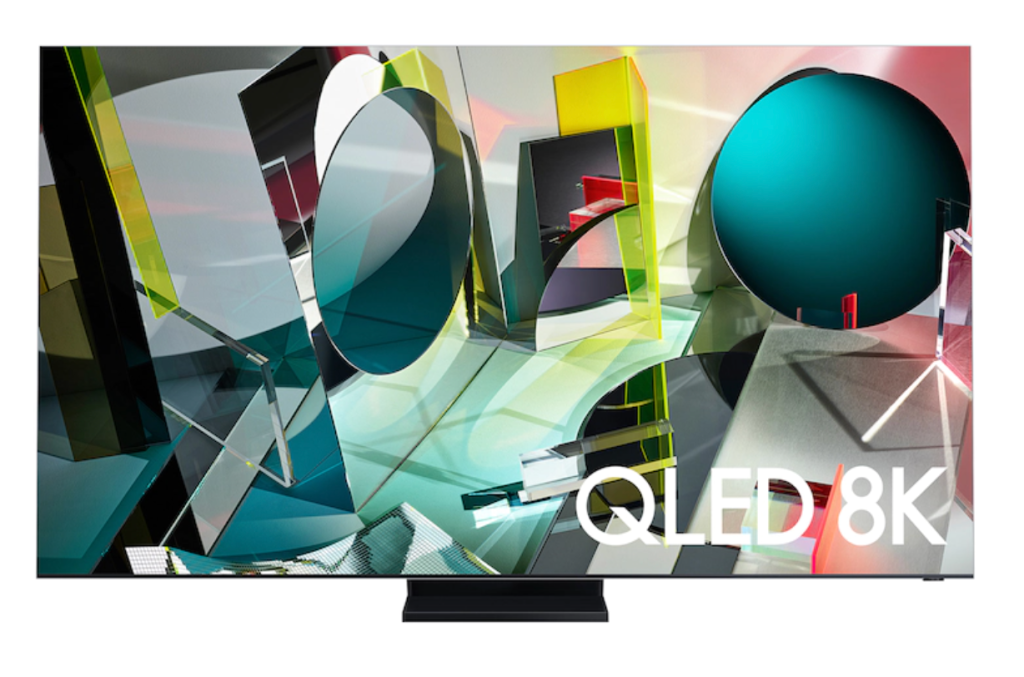