A common sentiment is that science fiction predicts the future. So when society held the widespread belief that men mostly told science-fiction tales for many years, it could have been considered problematic. However, it turns out that that couldn’t be further from the truth.

Science fiction novels are no man’s game — and never have been. In fact, throughout the past century, some of the best science fiction books have been by women authors.

“Frankenstein, the story of a man, brought to life by a mad scientist, is a story that is well-known by almost everybody and has been the inspiration for many movies since female author Mary Shelley wrote it in 1818,” said Louisa Smith, founder of Epic Book Society.

Today, there are many very successful female sci-fi authors. One of the most successful is Connie Willis, who has won 11 Hugo Awards, science fiction’s most prestigious award and seven Nebula Awards. In fact: “She has more major science-fiction awards than any other writer,” said Smith. So when it comes to sci-fi, it seems that female authors dominate.

The Handmaid’s Tale by Margaret Atwood

Thanks to the Hulu television series, many already know about this story, but some don’t know that it’s based on a book. Margaret Atwood popularized the science fiction genre for an entire generation of female readers with this book. This best science fiction book is about gender struggles as much as a dystopian future. In covering these topics instead of aliens and monsters (at least, non-human monsters), it became part of a new age of science fiction. When we think of science fiction, we don’t often think of it in terms of politics and individual struggles, but it’s part of what makes this book the masterpiece it is. 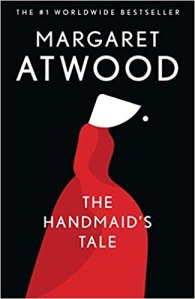 There’s a common sci-fi trope in which humanity is the architect of its own fate. Never is it better articulated than in the story of Dr. Frankenstein and the creation of a monster. Some consider this work to be among the first true sci-fi novels, and so in a sense it helped define the genre. Which means that if it hadn’t been for a nineteen-year-old, and at the time unknown, female author, the literary medium of science fiction might not exist. How wild is that? 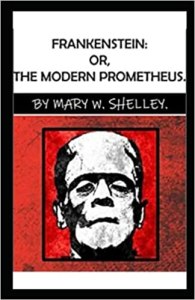 The book is about the story of Fatima, who is later known as Sankofa, who is, literally, the daughter of death. This means she has the power of death at her disposal and the adventure she goes on with death as the backdrop. Although that may sound creepy, it’s actually a rather beautiful story incorporating serious history education. It also shows the beauty of hope and searching for your purpose in the world. 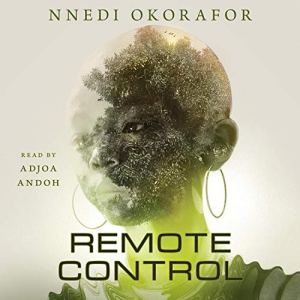 Oryx and Crake by Margaret Atwood

Margaret Atwood is such a massive part of the science fiction genre, she deserves to be on this list twice. The story of Oryx and Crake takes place in the future, after the big cataclysm. Much like in her other famous work, this future is, of course, dystopian. However, this one is filled with odd creatures that aren’t human gone awry, but lab-made. This one has plenty of political and science projection, all on the backdrop of what happens after apocalyptic events. 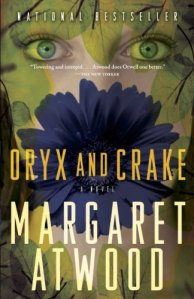 The Dreamcatcher Codes by Barbara Newman

BEST FOR THE ENVIRONMENTALLY AWARE

Mother Earth is suffering, and we risk her not surviving. A chance of rescue is possible though if we can find the Codes of Nature. However, they are missing, and this book is a quest to find them and save the planet. Time is running out. This story is based on the genuine climate change crisis, making it all the more frightening and engaging. 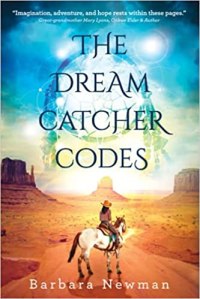 The Curse of Chalion by Lois McMaster Bujold

BEST FOR THOSE WHO STUDY THEOLOGY

This fascinating book poses the question that perhaps gods do exist, but not in the way we always had imagined. In a sense, this book’s concept of higher powers is somewhat more plausible. It also explores heroes that don’t feel or act like a hero, somehow making them more relatable. This female-written science fiction book is an excellent thought-provoking work from one of the greatest science-fiction writers out there. 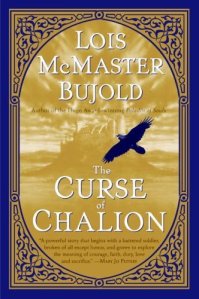 The Curse of Chalion

To Say Nothing of the Dog by Connie Willis

A hilarious time travel novel packed with mystery and romance. “It tells the story of Ned Henry, a time traveler on a quest to find the bishop’s bird stump, to help restore Coventry Cathedral, which was destroyed in a Nazi air raid a hundred years previously,” says Smith. “When Ned meets a fellow time traveler, Verity Kindle, who accidentally stole something from the past, he must help her return the item and put things right.” It’s a comical story but also has excellent character development, showing how relationships form even in the most unlikely circumstances. 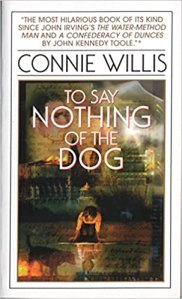 To Say Nothing of the Dog

The Left Hand of Darkness by Ursula Le Guin

Ursula Le Guin is a household name among those who follow science fiction, and for good reason. She’s been writing for many decades, and this is one of the books that solidified her influential status. undoubtedly one of the most famous and influential science fiction writers. She began writing in It is about a human emissary to Winter, which is an alien planet where beings can choose or change their gender. It’s about overcoming bias and prejudice, and it’s as timely today as when it was written. 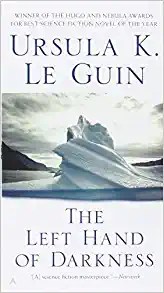 The Left Hand of Darkness

The Book of M by Peng Shepherd

Post-apocalyptic science fiction is pretty standard in the genre, but some authors do it better than others. This work tells the story of how people begin to change in weird ways in the (not too distant) future. Their shadows disappear, along with their memories. This is something of a plague that people fear, and one married couple tries to hide as to avoid it. However, resistance is futile, and Max’s shadow begins to disappear. She runs away from her partner in an attempt to save him and find a cure. In a way she leaves her love so she will never forget him, making this a beautiful love story. 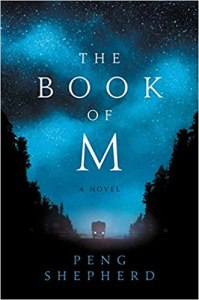 The Book of M

Cue Elma York was one of few female scientists hired by the International Aerospace Coalition to figure out how to place a man on the moon. But Elma wonders why it’s not a woman on the moon, and decides to become the first female astronaut. Very relatable and timely. 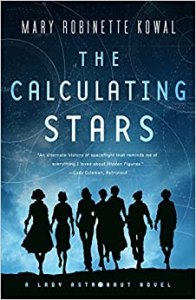