* Spies have been used for centuries, but few of their true stories have been made public
* These eight books all address different eras in spy history
* Many include coded messages and never before seen photos

Due to the secretive nature of the profession it’s hard to tell exactly where the history of spies began. Sun Tzu, in his famous book Art of War, writes of using subversive tactics to gain military intelligence, all the way back in the fifth century BC. Famously, Mary, Queen of Scots was said to have used a network of “intelligencers” to help plot to take down Queen Elizabeth.

In more modern times, spies were utilized in both World Wars, as well as aggressively and creatively for decades during the Cold War, leading to some of the greatest-and most famous “spy tales” of all time, inspiring everyone from John Le Carre to Ian Fleming. These eight books below all cover a different, real-life aspect of espionage history, and recount it in brilliant, gripping detail.

Purchase the book to read or get this 30-day free trial to Amazon Kindle Unlimited to download and read the books for free.

1. The Spy and the Traitor: The Greatest Espionage Story of the Cold War

When arguably the greatest spy novelist of all time, John Le Carre, calls your book “the best true spy story I have ever read,” you know you have something special. The book tells the fascinating Cold War tale of Oleg Gordievsky, the son of two KGB agents, who embarked on secret work for MI6. Filled with twists, turns and double-crosses, it embodies the creed that truth is stranger than fiction. 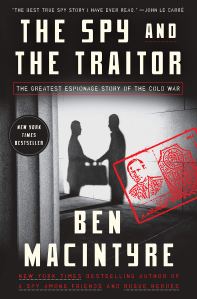 Image Courtesy of Crown
Buy: The Spy and the Traitor: The Greatest Espionage Story of the Cold War
buy it

From the trusted writers of National Geographic comes the little-known true story of the spies that operated behind the scenes during the second world war. Much of the source material for this book was only recently declassified, and contains never-before-seen photographs and coded messages. Covering everything from psychological warfare tactics to Enigma machines, get ready to dive into the world of war-time spies. 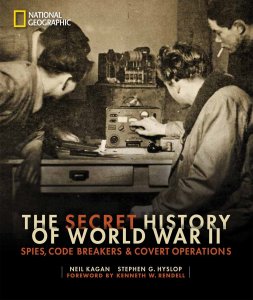 Filled with over 350 photographs, this book offers a visual history of the KGB through the years from over ninety different cameras. It contains priceless details and fascinating, previously hidden, angles that both history buffs and novices will enjoy. 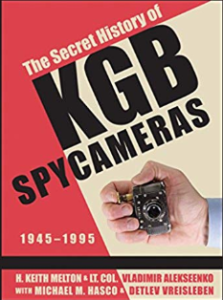 A story that few people are familiar with, Sarah Rose tells the tale of the D-Day Girls – spies who were recruited by Britain’s Special Operations Executive in France to work undetected in Nazi-occupied territory. Read about these fascinating women, from Lise de Baissac, a member of French colonial high society, to Odette Sansom, a suburban housewife turned super spy. 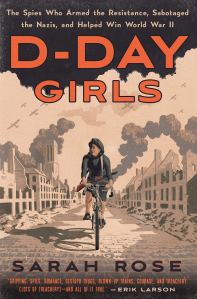 5. The Dictionary of Espionage: Spyspeak into English

While we all may have had secret code words we used with our friends and siblings growing up, it’s time to graduate to the real thing. This comprehensive list compiled by Joseph C. Goulden incorporates words used by the CIA, MI6 and KGB, providing a comprehensive list of definitions, as well as unique observations and anecdotes. 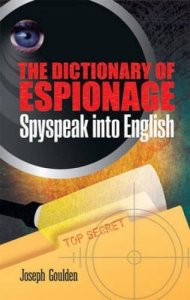 We all think of spies as being confined to CIA offices and back alleys, but America has a long history of recruiting everyday people to spy on each other. From its early beginnings during the Colonial era with “town criers,” to its modern role in the War on Terror, Joshua Reeves discusses America’s civilian spies, and the culture they create. 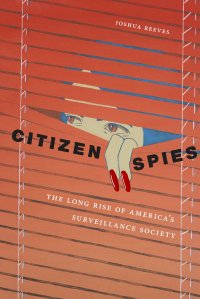 You may know the story of George Washington and the American Revolution, but do you know the story of the Culper Spy Ring? Brian Kilmeade and Don Yaeger piece together this intricately researched tale of the men and women involved in this ring, from a tavern keeper to a grumpy Long Island-based bachelor, all of which makes for a gripping read. 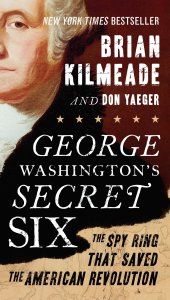 From the famous Rosenberg and Bentley trials, to lesser-known cases, this book traverses America’s complicated relationship with Communism and those associated with it. In this detailed, engaging, often shocking historical account, you’ll learn things you’ll be sharing at many dinner parties to come. 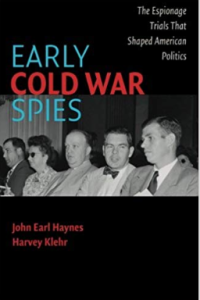 The Best Books You Should Be Reading Right Now