* Go where no geeky gifts have gone before
* From board games to sushi sets, find toys and collectibles
* From the logical to the absurd

Know a Trekkie with a birthday coming up? Captain Kirk got some contraband “Romulan Ale” for his birthday in The Wrath of Khan, and while we have no idea what that might be like, here in 2018, we’ve found a dozen of the best gifts for Star Trek fans.

These “engaging” games, collectibles and commemorative decor bits are even better than having Shatner tell you to “get a life.”

Add Comment
1 Person Commenting
Ornesto
3 years
Birthday? You all could have made this a mothers day gift guide

Add Comment
1 Person Commenting
Ornesto
3 years
Birthday? You all could have made this a mothers day gift guide

This highly logical calendar lets you mark the star date on your captain’s log with help from some kitties whose cuteness not even a vulcan could withstand. 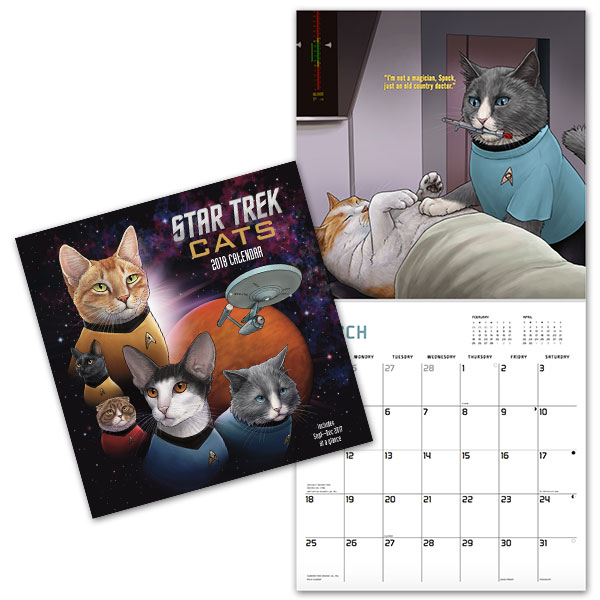 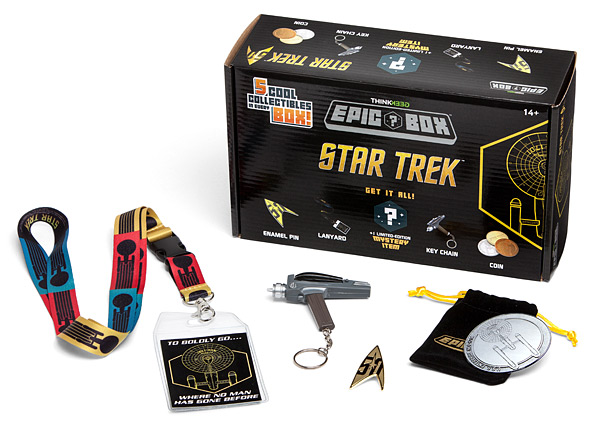 Choose from Original Series or The Next Generation coloring book illustrations. The style is all up to you: Data would probably color inside the lines and then spend the rest of the episode trying to learn why humans find this boring. 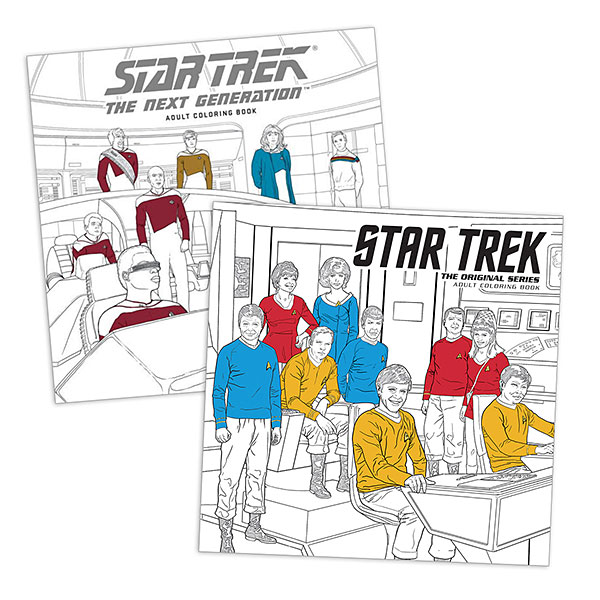 This product’s existence serves to contradict a stereotype, namely that Star Trek fans don’t go outside. Of course, we suppose you could use it to construct a simulated beach environment in your loft. 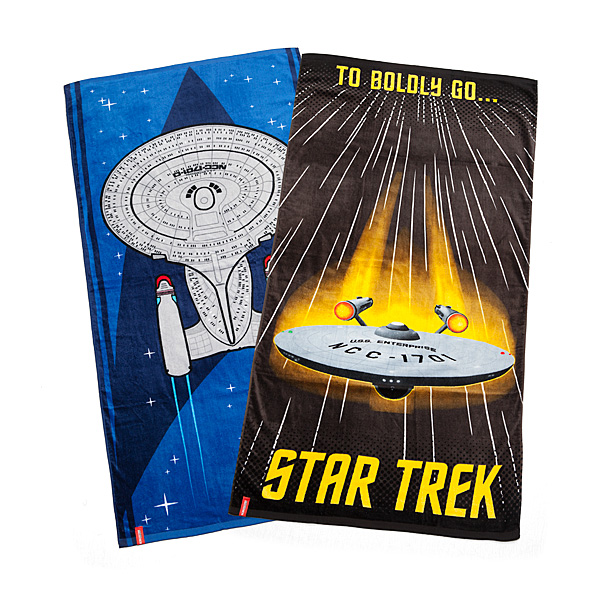 This Star Trek-themed oven mitt is a highly logical way to get hot items out of the oven while helping you to “live long and prosper” by avoiding burns on your fingers. 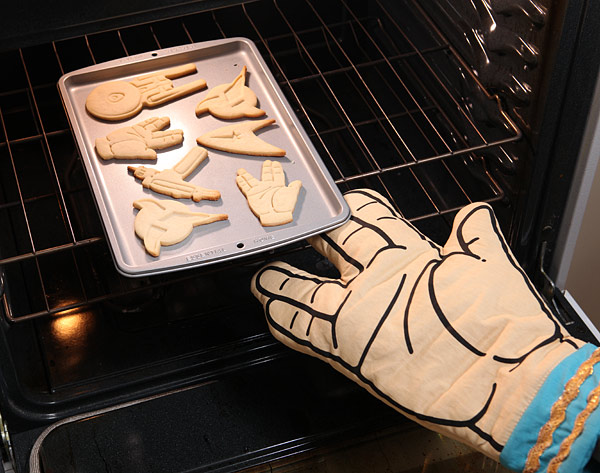 An original ThinkGeek creation, this Sushi Set is, like the best fandom gifts, both hilariously self aware and aesthetically solid. Turns out the model of the Starship Enterprise lends itself nicely to a soy sauce dish and chopstick holders.

This USB drive is patterned after the cool ‘90s “isolinear chips” featured in Star Trek: The Next Generation and Deep Space Nine. Useful, since the Enterprise doesn’t have WiFi. Presumably it was turned off in the Original Series because Sulu kept posting memes while driving. 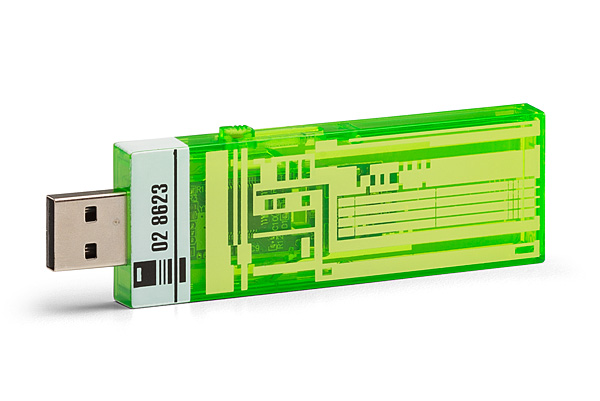 This officially licensed Star Trek Monopoly set features a bilingual (English and Klingon, naturally) playing board. Who needs Park Place or the railroads when you can charge rent on the entire Crab Nebula? 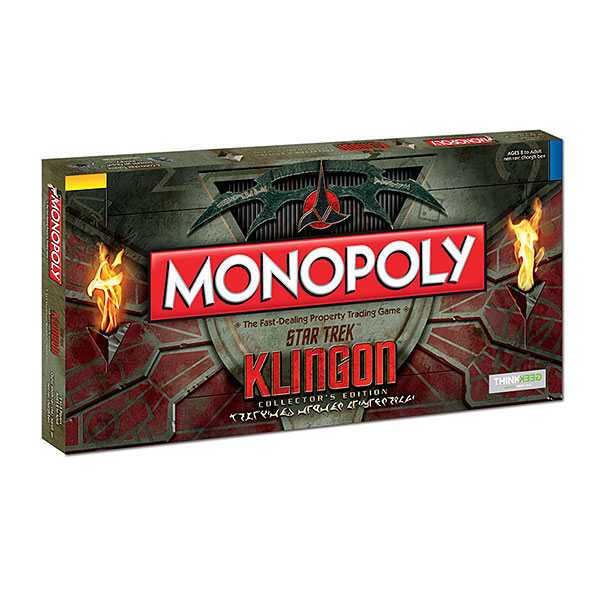 Set your plates to salted with these “shipshape” salt and pepper shakers. Now if only the replicator could give us a bowl of ramen without spitting out a tribble instead, we’d be set. 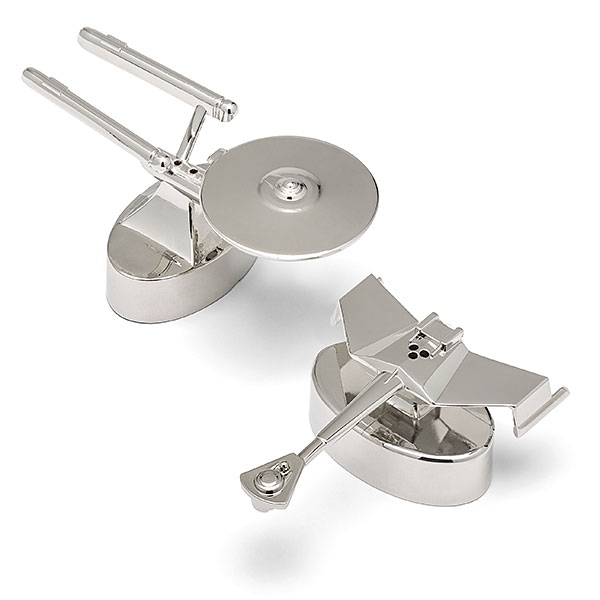 Coincidentally, the Starship Enterprise is already a pretty ideal shape for a pizza cutter, so this product is a natural case of life imitating art. 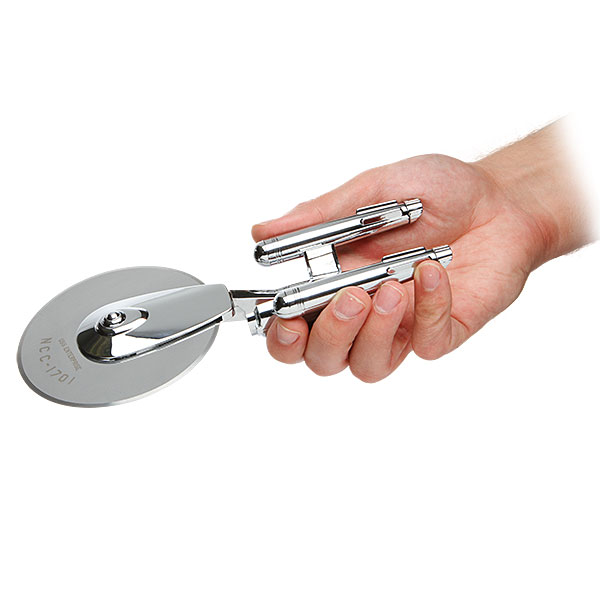 Kirk was always asking poor Scottie for more power, and now with this USB car charger you too can have a quick fix for getting your devices powered up on the go. Refer to it as a shielded power coupling for maximum nerd value. 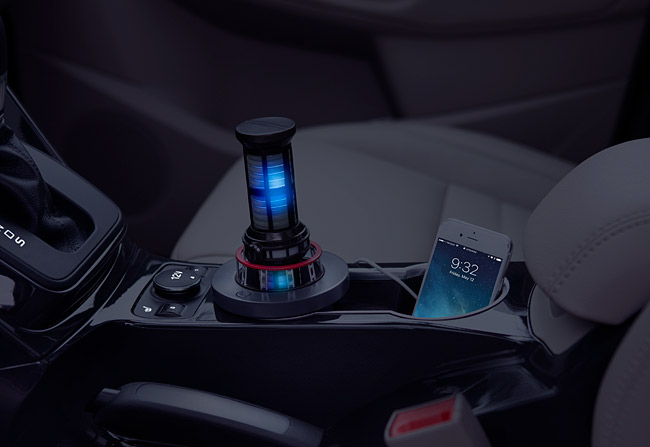 This Star Trek schematic illuminated display benefits from decades of LED tech that ironically, makes it look more advanced than the actual props used on the shows. Choose from TOS (The Original Series) or TNG (The Next Generation) themes. 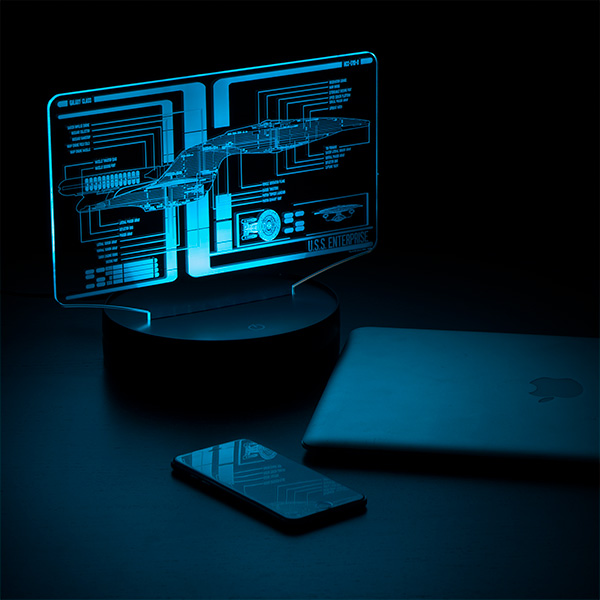