While plenty of new TVs have internet connectivity and smart apps built right in, you may not want to trade in your perfectly functional flatscreen just to get access to these features. Fortunately, there are a handful of affordable devices you can buy online to upgrade your TV and access your preferred streaming apps. That includes newer entrants like Apple TV and Disney+ and old standbys like Netflix, Prime and Hulu.

The leaders in the market include Google with Chromecast, Amazon with Fire TV and Roku with its eponymous streaming device. Each device offers its own benefits. Chromecast is one of the least expensive, and it offers a simple way to play content from your phone or laptop to the TV. However, there’s no built-in interface or dedicated remote, which means you can only control content with your voice or phone. For this reason, Google’s entry into the streaming TV market didn’t make our cut of the best streaming devices.

Roku and Fire Stick are distinct from Chromecast in that they offer a user-friendly interface for your TV, and they come with a remote that can replace your TV’s remote. They basically allow you to turn a regular TV into a smart TV. Roku, despite being a smaller brand, can more than keep up with its competitors who are worth tens of billions of dollars (or even a trillion, in Amazon’s case). Roku is a popular option because it has an intuitive and uncluttered search menu, and it’s better optimized for 4K. However, if controlling your TV using a smart speaker is important to you, then Amazon’s Fire devices have a clear edge. There are also more niche alternatives like the NVIDIA Shield TV, which is a great option for gamers.

To help you get the most out of your TV, we’ve rounded up the best streaming devices on Amazon.

The difference between Roku’s Premiere device and some of its other offerings is 4K — Roku Express doesn’t offer 4K streaming. The latest streaming services like Apple TV and Disney+ are available as apps on Roku’s interface. Roku excels at simplicity — the remote is easy to use, the device is easy to set up, and the interface is as intuitive as ever.

CONS: More expensive than basic Roku models, so another Roku device may be a better option if you don’t have a 4K TV. 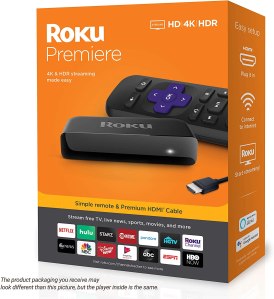 The Fire TV Stick 4K by Amazon is one of the latest entries into the Fire family and has a ton of power, a lightning-fast processor, Wi-Fi support capabilities and a more complete 4K HD streaming experience. Also, finding content on Fire TV just got easier with the addition of voice control. Now you can ask Alexa to find, launch and control all of your content.

PROS: The Fire streaming service gives you access to over 500,000 movies and TV episodes in addition to the ability to stream live news, sports and your favorite shows.

CONS: This latest version does not support casting from your mobile device. 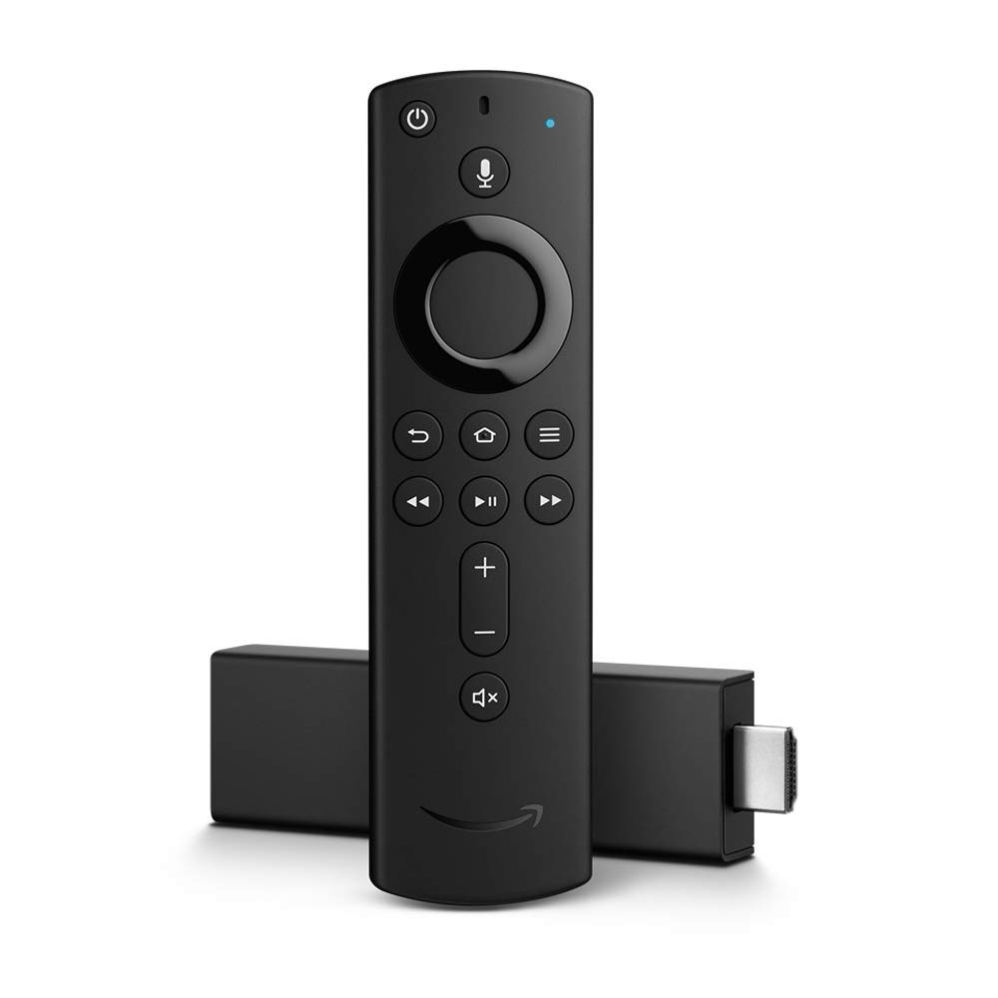 Voice commands, HD upscaling and a remote locator are only a handful of the amazing features that come standard with the NVIDIA TV Shield. While NVIDIA isn’t as well know as Fire TV or Roku, even the best streaming devices can’t match this product in terms of picture and sound quality. The NVIDIA Shield can let you stream 4K HDR video and connects with your Dolby Atmos surround sound speakers. With this powerful streaming device, you’re a TV wizard, deftly flipping back and forth between streaming titans like Prime and Netflix. Customers can control SHIELD using voice commands via Google Home or Alexa. The NVIDIA is also a particularly great option for gamers and audiophiles, allowing you to stream PC games.

CONS: Expensive streaming device. Advanced features may not be worth it if you’re just using basic streaming services. Designed for Android TVs. 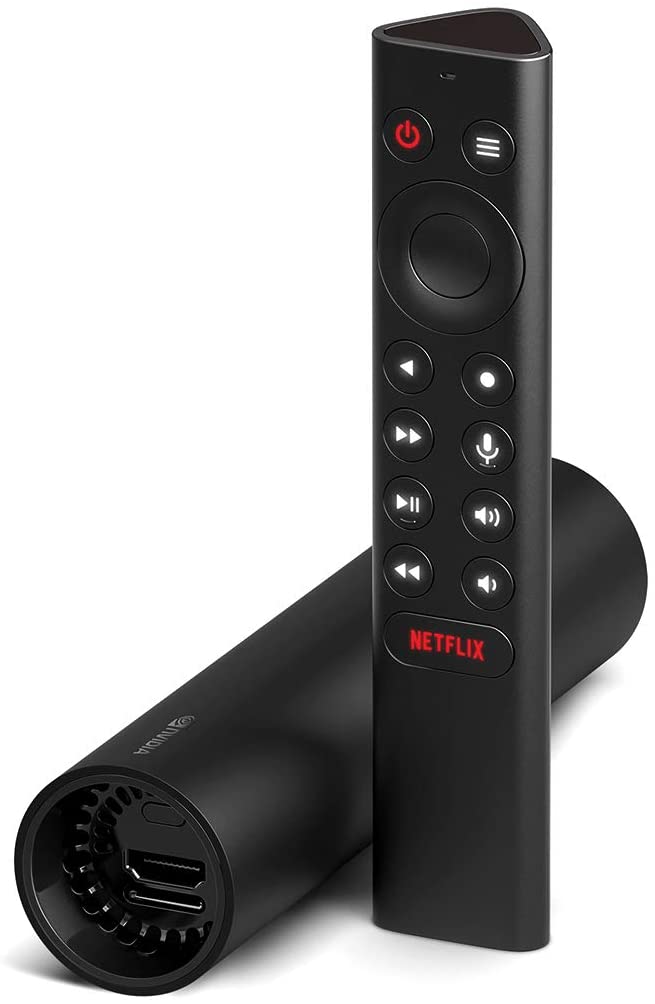 If you don’t have a 4K TV and you aren’t planning on getting one, then shelling out the extra cost for 4K compatibility isn’t worth it. This HD streaming device from Roku is economical and offers all of the best features of Roku’s streaming devices. It’s been upgraded with access to the best streaming services, including newer entrants like Apple TV and Disney+.

Cons: Not compatible with 4K. 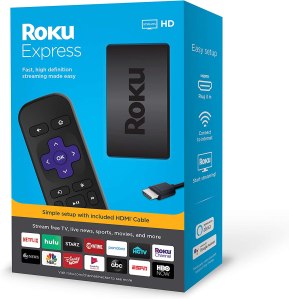 The Fire TV Cube is an upgrade on the basic Fire Stick, offering greater functionality and convenience. The Fire TV Cube offers 4K streaming and support for Dolby Vision. It functions as somewhat of a cross between Echo smart speakers and Fire streaming sticks. You can use voice commands to find a specific program or channel on the TV. However, the Fire TV Cube goes beyond TV. You can use it to control other smart devices such as lights, and you can ask for weather or set reminders.

Pros: Combines the benefits of a smart speaker with the functionality of a streaming device thanks to built-in Alexa. Faster than previous iterations of Fire.

Cons: More expensive than other models. Smart home features won’t be useful to all customers. 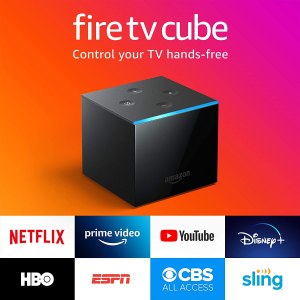