It’s no coincidence that so many Hollywood blockbusters are released during Thanksgiving weekend. As one of the biggest days of the year in terms of sheer movie ticket sales, it’s a known tradition to hit up the cinema after you’ve had your fill of turkey and stuffing. In case you’d rather skip the large communal auditoriums and stale popcorn this year, we’ve gathered the best Thanksgiving movies you can enjoy from the comfort of your couch.

Whether you’re planning to spend the Thanksgiving holiday hosting family and friends at home or you’re having an intimate day in to celebrate, add one of these festive flicks to your post-feast itinerary. Now, some of these options might not be what you traditionally consider to be a “Thanksgiving movie,” but they all feature familiar themes that resonate with the holiday. Top picks include:

From comedy classics and animated favorites to even a few dramas and scary movies, no matter what your cinematic pallet is craving, here are 19 of the best Thanksgiving movies to consume when you’re too full to leave the couch.

There’s a good chance that your Thanksgiving won’t be as out of control as what Home For The Holidays presents. This movie tells the story of Claudia Larson (Holly Hunter) whom after being laid-off from her job, learns that her daughter will spend Thanksgiving with her boyfriend and that she’ll have to spend the holiday alone. Instead, she tests her luck and heads home for yet another chaotic dinner. 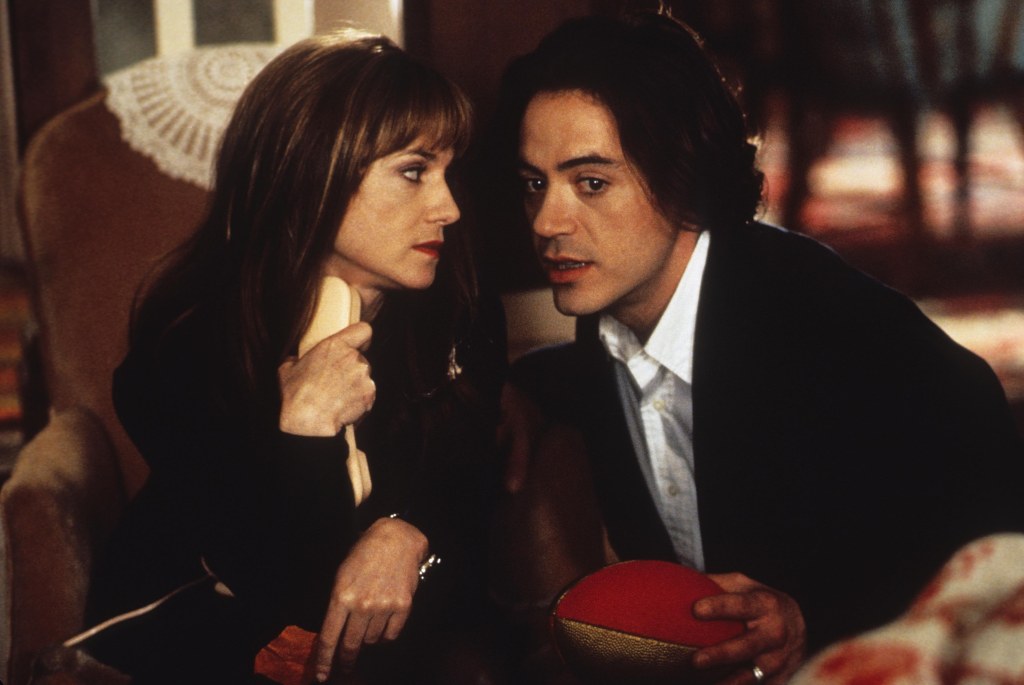 Home for the Holidays

Speaking of chaotic dinners, Planes Trains and Automobiles (starring Steve Martin and John Candy), will have you laughing until your stomach hurts. The story focuses on the life of advertising executive Neal Page (Steve Martin), who’s ready to fly home and spend Thanksgiving with the family, but instead finds himself in a disastrous cross-country road trip after crossing paths with a salesman (John Candy). 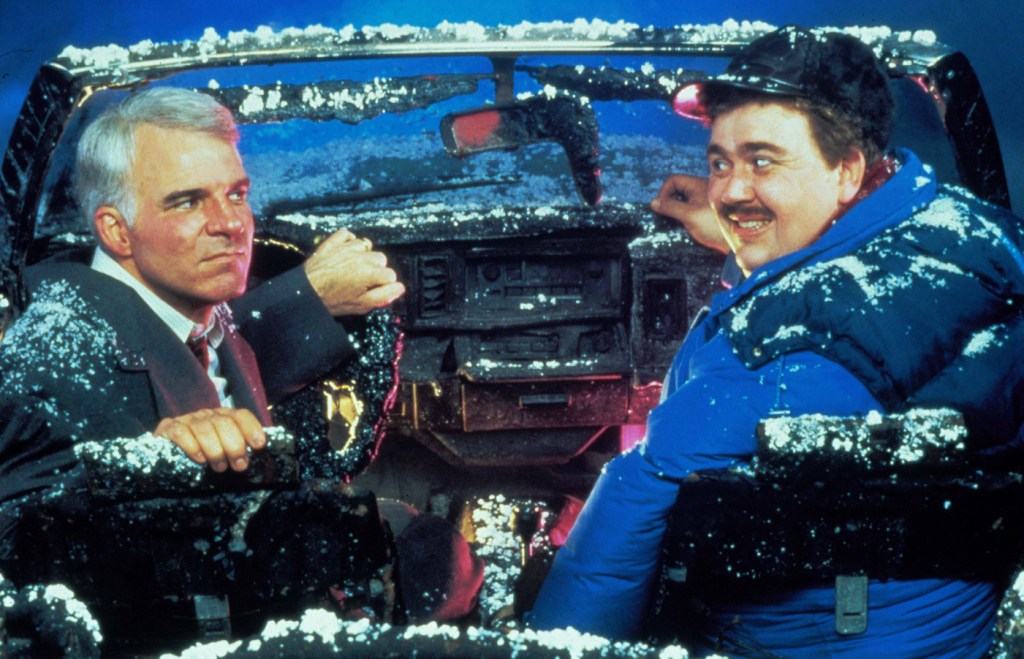 In Tower Heist, a group of working-class folks (led by Eddie Murphy and Ben Stiller) attempt to steal from the Wall Street hustler who did them all wrong. So why is this a great Thanksgiving comedy of riches? The heist takes place in a New York City high-rise during the course of the Macy’s Thanksgiving Day Parade. 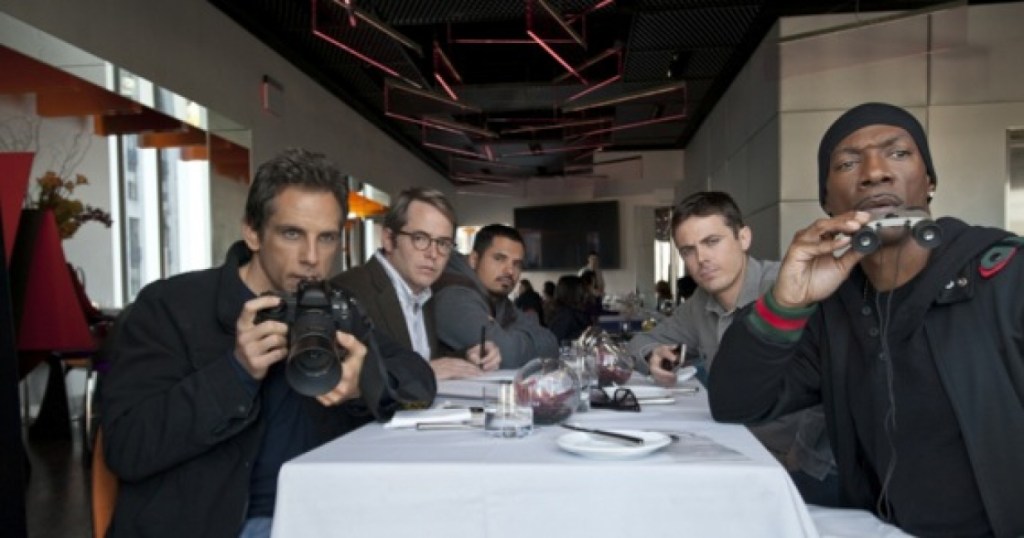 The hilarious Christopher Guest comedy chronicles the behind-the-scenes chaos of a fictional movie later titled Home for Thanksgiving. As the buzz of Oscar season approaches, several of the film’s stars, played by Catherine O’Hara and Parker Posey, get caught up in the excitement of it all. The hysterical Hollywood satire also stars Eugene Levy, Jane Lynch, and Jennifer Coolidge. 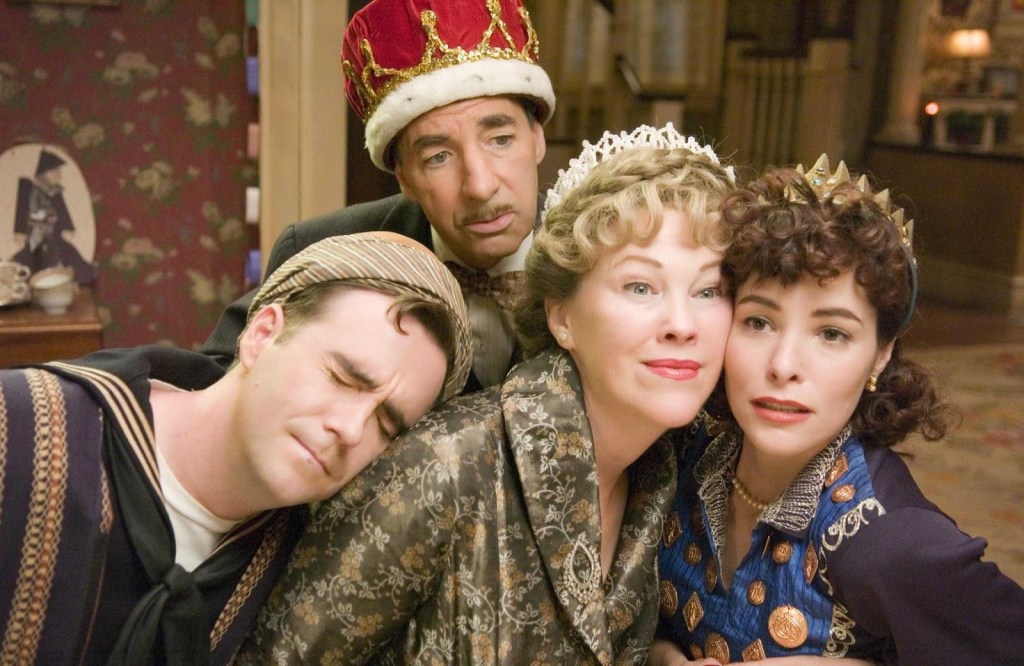 Sit down and chill out with one of the funniest Thanksgiving comedies of all time. Pauly Shore stars as Crawl, your not-so-typical college student who’s majored in almost everything. After befriending Rebecca, a small-town college girl, Crawl joins her to spend Thanksgiving with her farm-living, country-loving family. Naturally, the two cultures quickly collide with hilarious consequences. 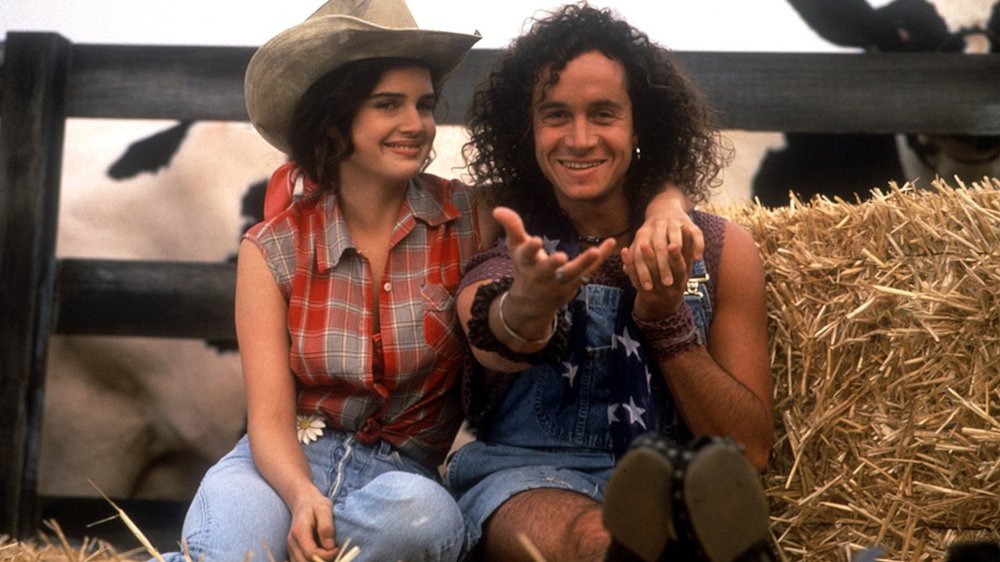 With a runtime of just twenty-two minutes, A Charlie Brown Thanksgiving is technically not a movie, but we will make an exception for this classic. Watching this Charlie Brown program during the Thanksgiving season is enjoyable for both kids and adults alike. How could anyone turn down the imperfect but heartfelt dinner hosted by Peppermint Patty? 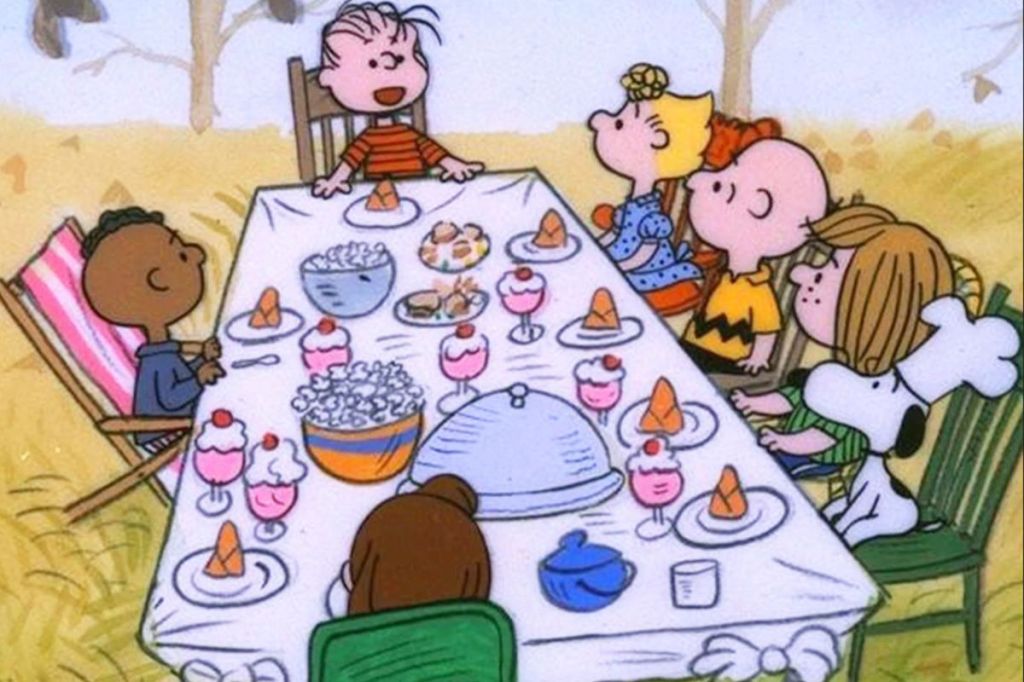 The Blind Side shares the incredible true story of NFL star Michael Oher. As a teen, Oher lived in poverty and struggled to find security on the streets, but he quickly learned the true meaning of family when he was brought in by the generous Tuohy’s, led by Sandra Bullock. One of the most powerful scenes in the film happens when he joins the Tuohy family for Thanksgiving dinner. Warning: it might cue the waterworks. 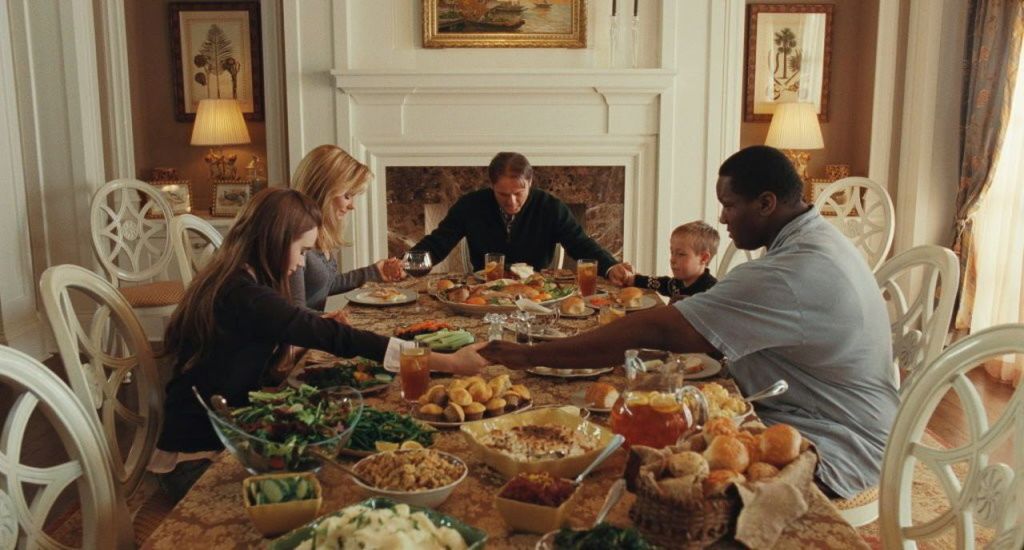 What happens the day after we give thanks? Well, we rush to the shopping mall for Black Friday sales. That’s why this obscure mall cop comedy is an ideal turkey day watch. The film stars Seth Rogan as a mall cop set on capturing a local flasher, in the hopes of dating the girl at the perfume counter (played by Anna Faris). 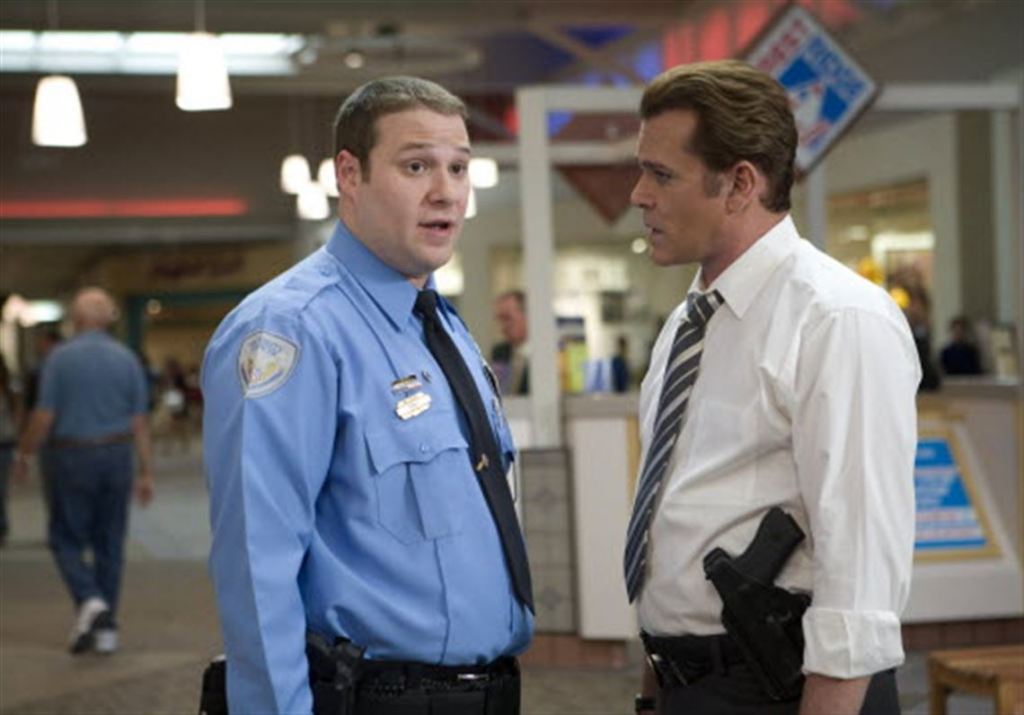 A relative newcomer that’s sure to become a classic, The Oath is a dark comedy set in the not-too-distant future. After American citizens are asked to sign a loyalty pledge to the current political administration, Chris and his wife, Kai, are soon visited by two eerie government agents who help turn what was supposed to a normal Thanksgiving into a roller coaster ride they surely won’t forget. 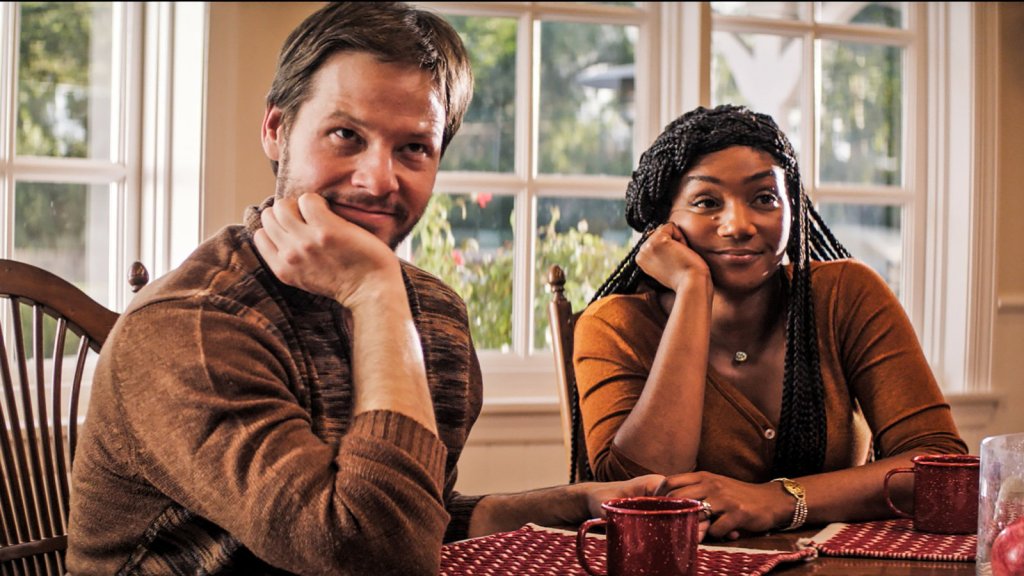 Even though many might consider Miracle on 34th Street to be a Christmas movie, the film actually opens on Thanksgiving Day. The flick is about a department store Santa and his enduring relationship with a young girl who has her reservations about the Christmas myth. It’s a joyous throwback that honors the entire holiday season. 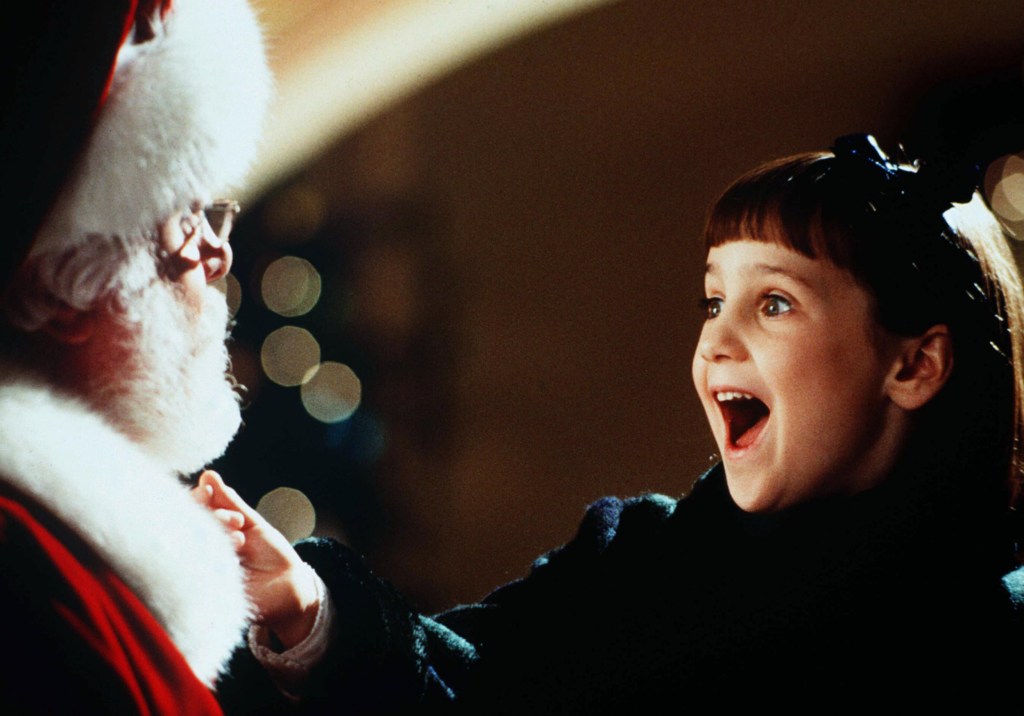 It may be best to wait for the kids to be tucked into bed before watching this movie. The Ice Storm is about two middle-class families experimenting with casual sex, drinks, and drugs during Thanksgiving break. As a result, they find their lives stumbling out of control. So if you’re looking for a movie that will make Thanksgiving more exciting, this R-rated flick is a good choice. 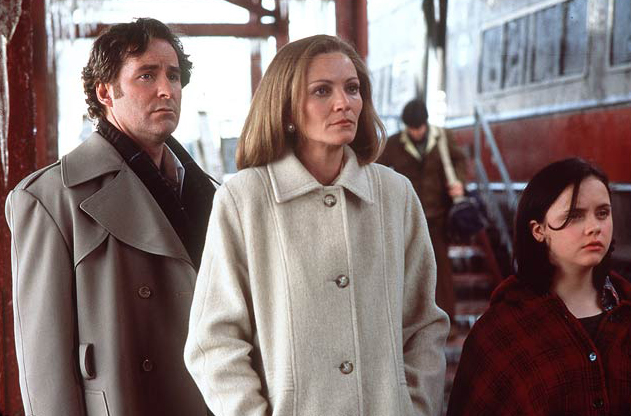 Although the slapstick comedy doesn’t take place on Thanksgiving, it does include a hilarious dinner scene involving a turkey, mashed potatoes, and a pie. That’s all we’ll say about that. The R-rated horror satire follows Cindy Campbell (Anna Faris) and a group of university students as they spend a weekend at a haunted mansion. 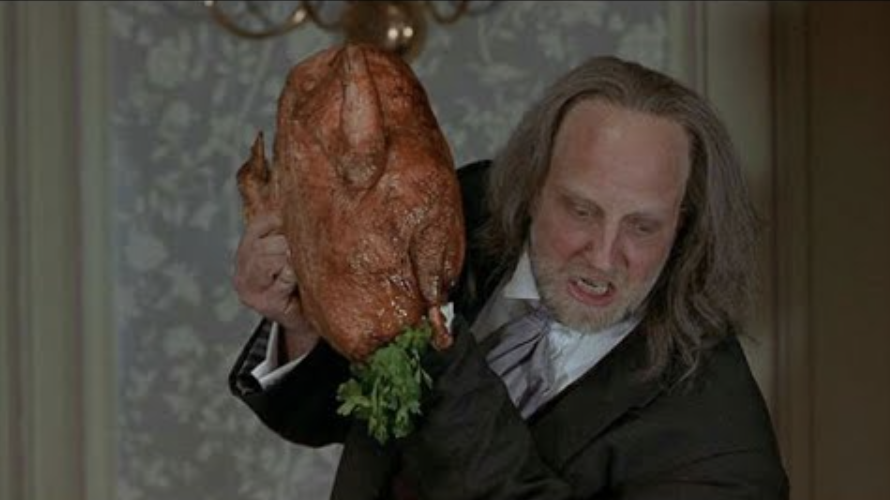 In Scent of a Woman, Frank (Al Pacino) is blind and difficult to get along with, but when a broke university student is desperate for money, he agrees to look after Frank during the Thanksgiving holiday. This movie shows us that there’s a lot to be grateful for. 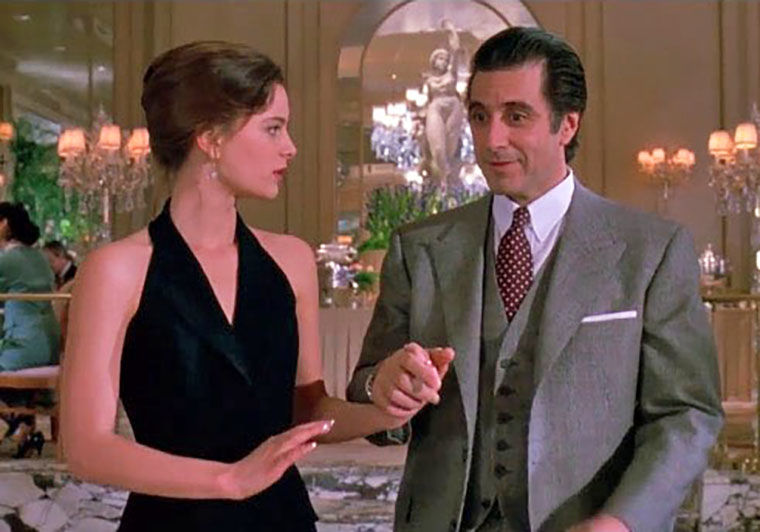 Scent of a Woman

If you’re looking to watch a Thanksgiving movie about an atypical Thanksgiving dinner, then Pieces of April is the right choice for you. The movie centers on a wayward daughter who invites her dying mother and the rest of her estranged family to her apartment for Thanksgiving. What’s the worst that can happen? 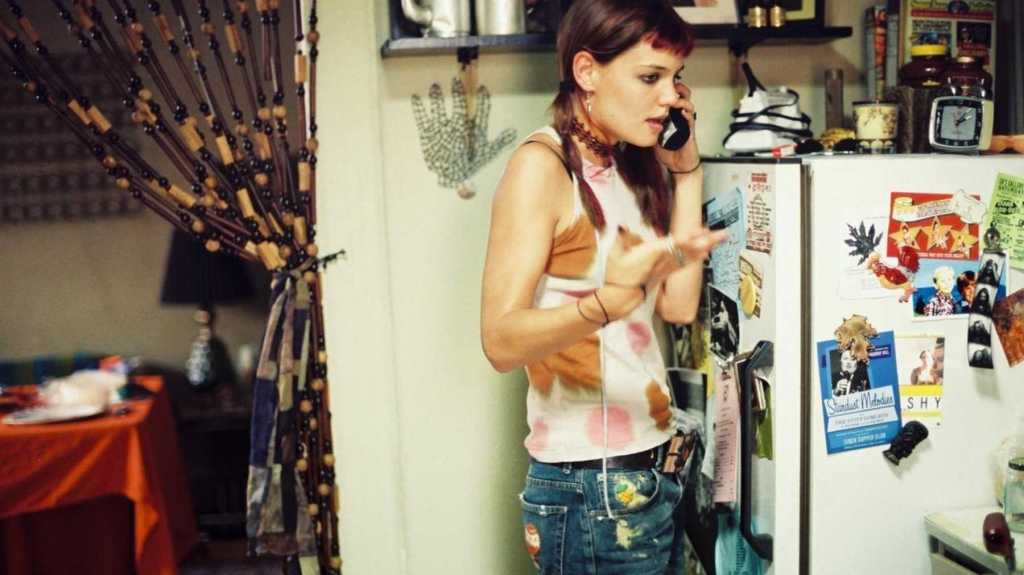 Hannah and Her Sisters shows the strength of a parent’s’ ability to remain collected amid some of the most difficult life situations. Though Hannah gives up a promising career as an actress to raise a family, she continues to be the ideal wife and mother. Hannah and Her Sisters teaches us at that familial bonding isn’t always as easy as it looks, but the desire to remain a family will always outweigh the struggles that keep us apart. 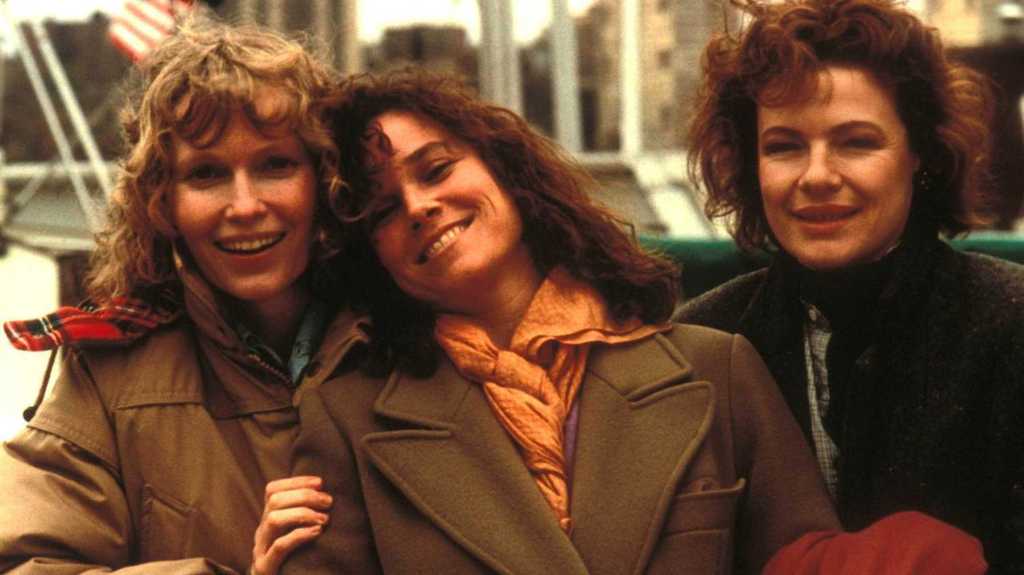 Hannah and Her Sisters

If you’re looking for a few frights after your turkey day feast, You’re Next is the Thanksgiving horror film to die for. The film follows a group of grown siblings who gather for dinner at their family’s secluded country estate. Their reunion is cut short, however, when a gang of masked killers invade the house, picking the family members off one-by-one. 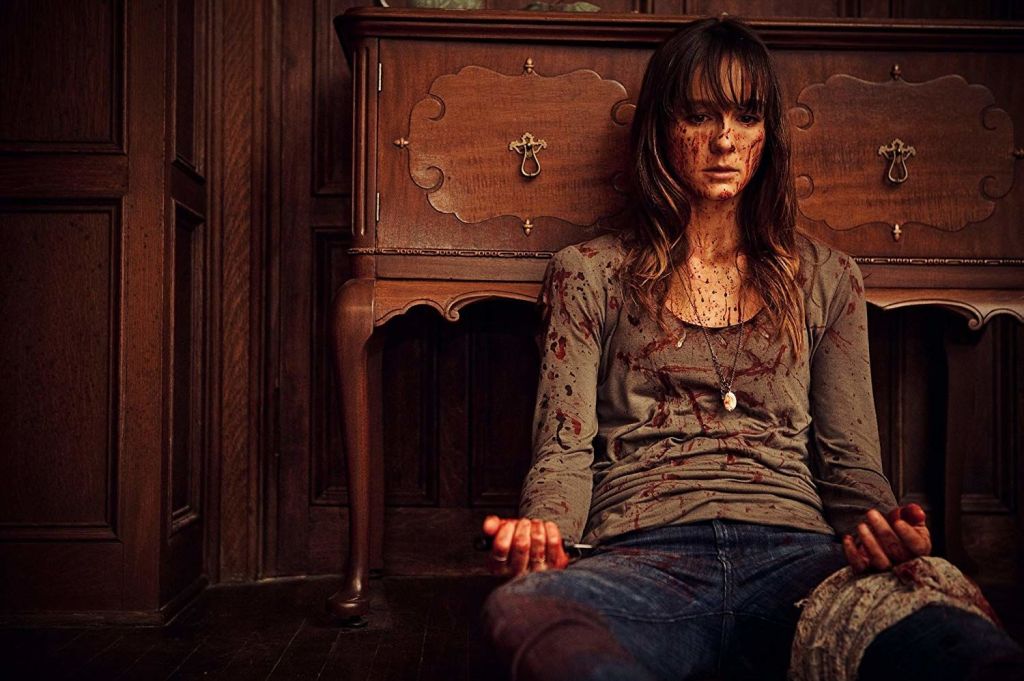 Perhaps the quirkiest movie on our list is none other than Adam Sandler’s cross-dressing experience in the Thanksgiving comedy Jack and Jill. While it may not offer the same no-holds-barred holiday cheer as some of the other movies on this list, the Thanksgiving dinner scene is pretty epic. 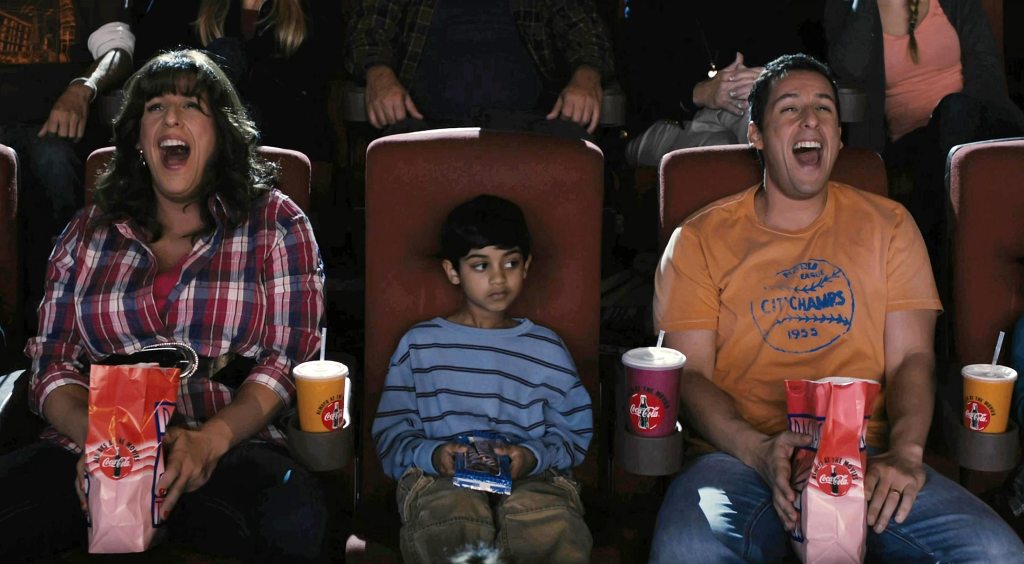 No one loves to celebrate with food more than Garfield the cat, but he finds he doesn’t get the chance when he learns that he must go on a diet . . . on Thanksgiving of all days. After you’ve set the turkey day tradition with A Charlie Brown Thanksgiving, Garfield’s Thanksgiving is the perfect follow-up to create a family-friendly double-billing. 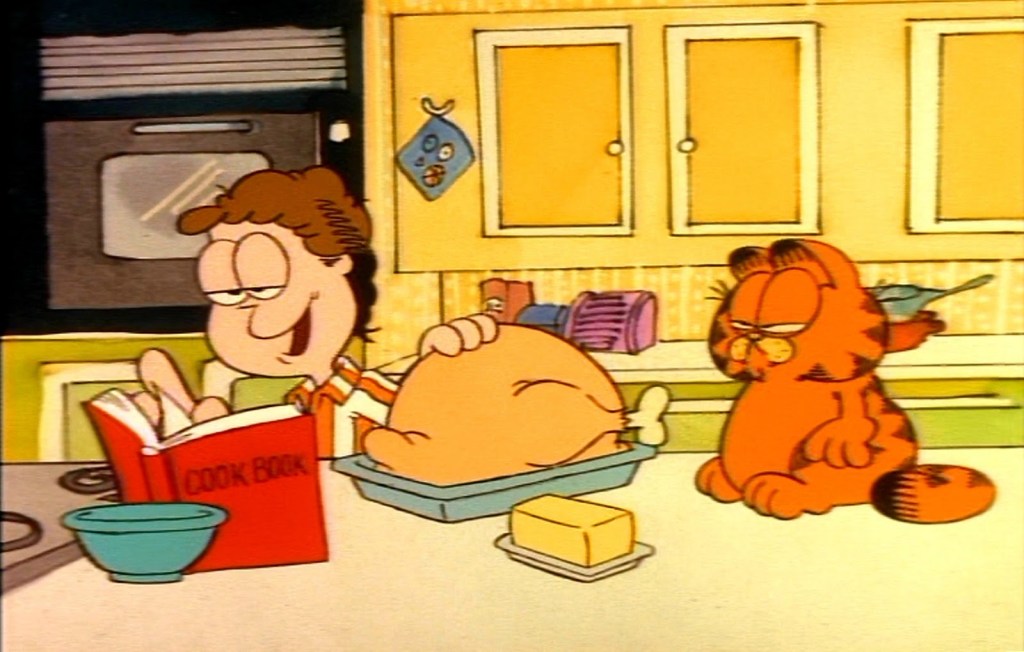 Jack Lemmon and Walter Matthau star in this romantic comedy about the love-hate relationship between two grumpy neighbors. Although the movie does not take place during Thanksgiving, its premise involves the reunion of two rivaling neighbors, and illuminates the spirit of Thanksgiving by expressing gratitude. 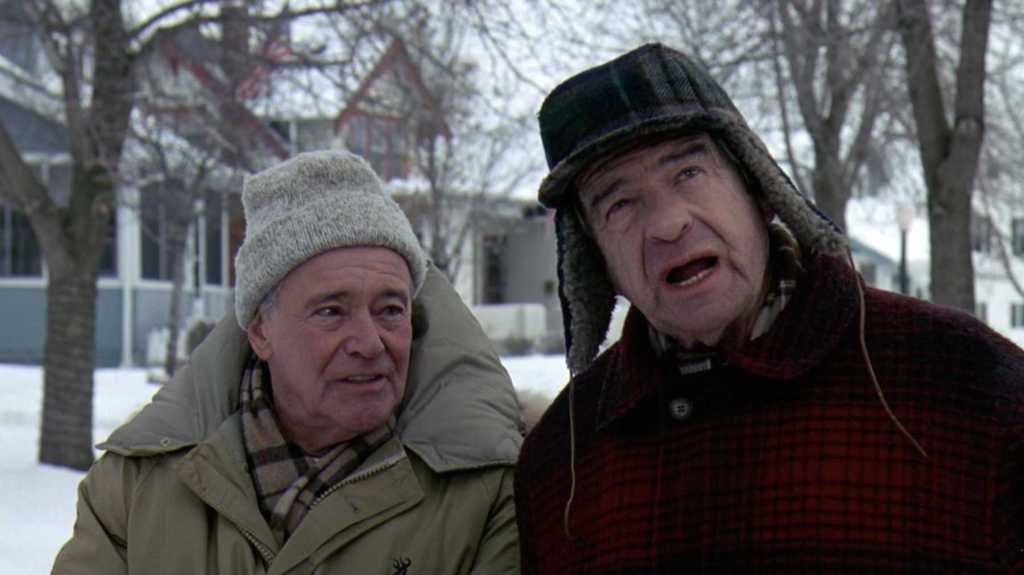 This cheesy comedy came out last year and despite mediocre reviews it’s definitely on-brand for turkey day. Malin Ackerman, a.k.a Mrs. Rom Com stars in this film about a group of friends who plan for a quiet Thanksgiving away from it all, only to have their plans dashed by a chaotic, loud group of friends and family. It’s got a stacked cast, funny dialogue and it’s only an hour and a half, so by the time the tryptophan kicks in and you doze off the movie will be over. 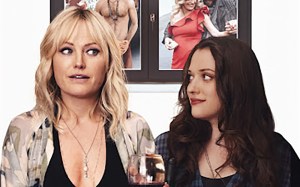 Let’s be honest, it’s Tom Hanks and Meg Ryan, we don’t need to say much else. If you’re in the mood for a great romantic comedy after polishing off your second piece of pie, this is a great one to go for. The Sleepless in Seattle co-stars are together again in this Nora Ephron classic all about discovering love at first byte. 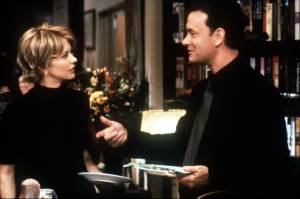 This is an emotional one, so if you’re looking for something purely feel good go for one of the other picks. Ellen (Renée Zellweger) returns home to her parents, Katherine and George Gulden (Meryl Streep and William Hurt), only to find out her mother is sick, and this may be their final autumn and holiday season to spend together. It’s a film about crisis, family, support, love, and navigating the holidays amongst loss. Have some tissues at hand, just in case. 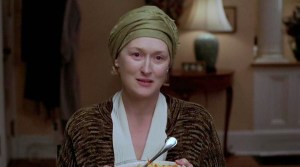