Batman, Captain America, Mario and Wolverine. It’s easy to name heroes as they get plenty of the limelight. But what would they be if they didn’t have their villainous counterparts? Batman would just be a man sat in a cave. Captain America would work at your local grocery store bagging groceries, and Mario would be nothing more than your friendly local plumber. The point is, villains don’t get the recognition their job deserves.

But that’s about to change. We’ve put together a list of striking collectibles from t-shirts and figurines to doormats and slippers that put villains centre stage. And if anyone questions why you would want the “bad person” on anything, simply explain that without bad there can be no good.

Take a look through our villain inspired items and give the bad guys some of the love their hard work deserves.

The joker is undoubtedly one of the hottest villains in the comic book universe at the moment. While years ago Jack Nicholson laid the groundwork, Heath Ledger, Mark Hamill and Jared Leto alongside many others have allowed the character to raise his game completely. Celebrate his success with this Q-Fig figurine of the Joker from The Killing Joke. The model shows the Joker laughing and surrounded by physical HAs as well as a number of chattering false teeth. It’s a great addition to the office or any shelf in the house. 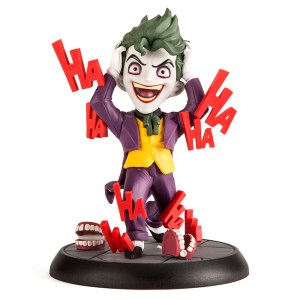 Everyone knows how much Thanos likes his things in halves, which is why we’re sure he’d love this t-shirt, too. The design is split into halves with one side sporting the now famous infinity gauntlet in grey accompanied by the quote, “The hardest choices require the strongest wills.” The second half of the design features an image of Thanos’ head alongside the words “Infinite Power.” It’s officially licensed and a great way to show your support for the big man before the release of Avengers: Endgame. 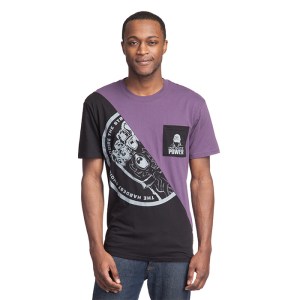 3. Darth Vader Welcome to the Dark Side Doormat

With arguably the most recognizable voice in the whole world, there’s no way visitors to your home will be able to do anything other than imagine Vader saying the printed text “Welcome to the Dark Side” whenever they pass over your doormat. Next to the text is also a picture of the Sith Lord himself to complete the villain-filled welcome for your guests. And if you don’t like villains, that’s okay. With this mat, you can disgrace Darth Vader by wiping your feet over his mask every day. 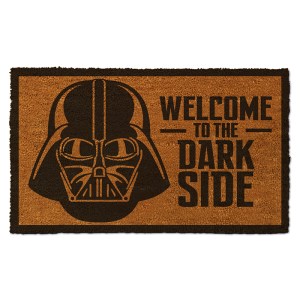 Darth Vader Welcome to the Dark Side Doormat

If you’re one of those people who’s always dreamed of having a sidekick to agree with all of your evil plans, this Super Mario Bowser Puppet may be the answer you’ve been looking for. This plush hand puppet from ThinkGeek fits snuggly over either of your hands and gives you the perfect accomplice for your devious schemes. He also makes a perfect scapegoat anytime things go wrong. With this puppet by your side, any free time you have can be spent plotting how to kidnap any nearby princesses.

He may have breathed his last breath in Infinity War (possibly), but what better way to pay your respects to the Norse god of mischief than with a pair of these Loki-inspired slippers? The design includes beautiful, golden decorations on top of a green background finished with a pair of the oversized horns to mimic Loki’s battle armor. The novelty slippers are officially licensed and also sport no-slip dots on the underside to keep you on your feet and well balanced. In addition, these Loki slippers would make a great gift for any Tom Hiddleston fans in your life. 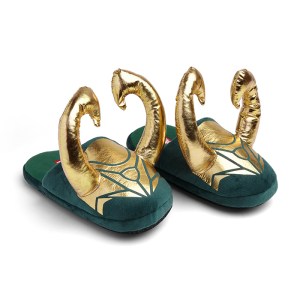 He may look a lot like Darth Maul’s slightly frostier cousin, but as the supreme leader and first of the White Walkers, the Night King deserves your respect. By placing this translucent figurine on display in your home, it won’t be long before other visiting GOT fans notice him standing there and strike up conversation with you about just how darn cool the guy really is. The figurine stands at 8 inches tall and comes with an integrated base for quick and easy display. 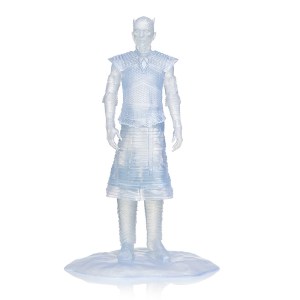 As production has been limited to 3000 pieces, you know when you buy one of these awesome Magneto statues that there’s only 2999 other people in the world who can say they have one, too. The statue features the comic book version of the legendary mutant leader in the process of levitating. His powerful pose is enough to get the attention of any passersby. Place Magneto on your desk, a shelf or even on the dining room table as a rather unusual centerpiece. 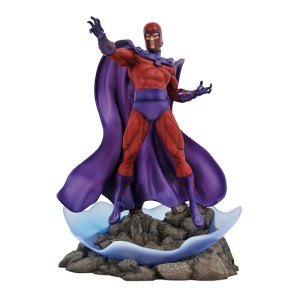 This Marvel Mood Lamp Won’t Let You Control The Universe, But You Can Control the Lighting