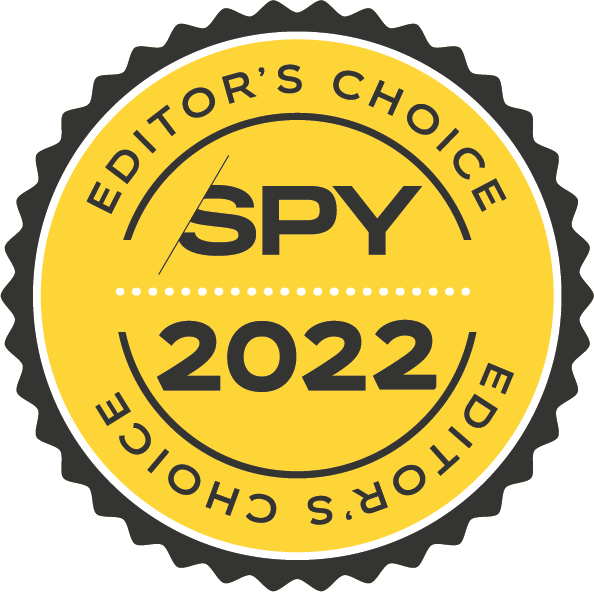 There’s a bit of wisdom in the filmmaking world that goes something like this: You can have the worst-looking cinematography ever, but if your sound is good, no one will notice. Yes, I’m stretching the truth a little, but only to emphasize the essentials of crisp and clear sound.

As an independent filmmaker, I’ve worked on a range of productions, from lo-fi operations with one or two tech-heads operating all the audio and video gear to fully-funded departments with several crew members and more hardware, wires and accessories than I thought I would ever see in my lifetime.

Regardless of the budget, when it comes time to edit a music video, commercial, short or feature film, high-quality audio is absolutely essential. And in my career, wireless microphone systems have given me some of the cleanest audio files to edit, and the setup and maintenance of this equipment is an order of magnitude simpler than with wired mics.

Whether you’re an indie filmmaker like myself, an aspiring TikTok star or a live-streamer with a dedicated following, you’ll need a reliable microphone. Fortunately, you can learn from my years of experience. I’ve gathered the best wireless microphones for you below, and I can vouch for each of these wireless mic kits.

The Benefits of Wireless Microphone Kits

Wireless microphone systems provide a range of benefits for filmmakers shooting projects at any budget level. One of the leading pros of going wireless is the ability to cut down on production costs. After all, every last penny counts in the world of indie films, and expensive equipment is one of the heaviest upfront investments that can quickly deplete your funds.

Now comparing apples to oranges, there’s not much difference in the cost between wired and wireless mic kits. That being said, when you consider the time and energy it takes to run cabling around a set, the head of your sound department may require fewer crew and production assistants for the day or week when all they have to do is clip a lavalier transmitter onto an actor’s belt and dial in the channel on an out of sight receiver.

And less crew means less payroll, as well as fewer mouths to feed — and trust me, you wouldn’t believe how much money goes into keeping the craft services table filled with treats.

Another wireless benefit is that keeping your set clean and hazard-free will be easier. XLR cables and other types of mic leads can quickly become tripping targets, even when sandwiched in the corners of your set. And while many of these wires are designed to withstand the rigors of the toughest shoots, that doesn’t make them indestructible.

In my experience, it’s quicker to replace a set of transmitter batteries or choose a new wireless channel on an audio receiver than it is to unplug a damaged wire, run a new lead, hook it up to the mic, run it back to the mixer and do a test to make sure everything works.

Operating in the 88MHz spectrum, the EW 500’s frequency scanner automatically detects the cleanest channels to use, ensuring you’ll always get the path of least resistance and interference. And with a transmission reach of 330 feet, you won’t have to worry about placing the receiver too close to your talent.

In terms of sound quality, the MKE 2 lavalier mic can be set up in minutes and delivers high-quality, broadcast-ready sound. You’ll also get a plug-in transmitter for your boom mic needs. 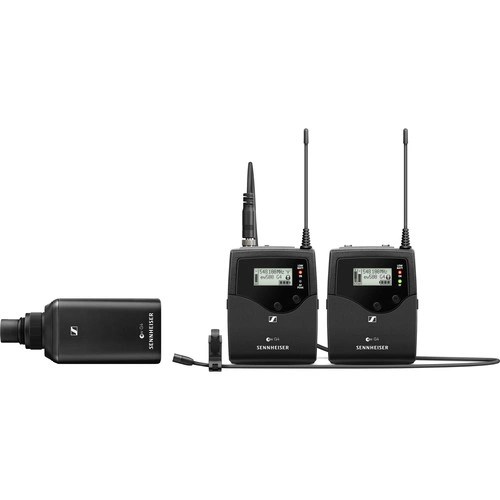 Delivering up to eight discrete channels and an operating range of 330 feet, the RodeLink FM Digital is the perfect wireless mic kit for run-and-gun filmmaking.

Out of the box, you’ll have everything you need to start dialing in sound in minutes, including a wireless receiver with camera and tripod-mounting attachments, a clip-on transmitter and a powerful lavalier mic for your talent. The receiving unit also features an OLED display with easy muting and channel optimization controls.

In terms of power, both the transmitter and receiver take AA batteries but can operate with just a standard USB cable. While you may not get the range of channels and frequency optimization of some of the more expensive kits on this list, the RodeLink FM Digital is perfect for shoestring budgets and small crews. 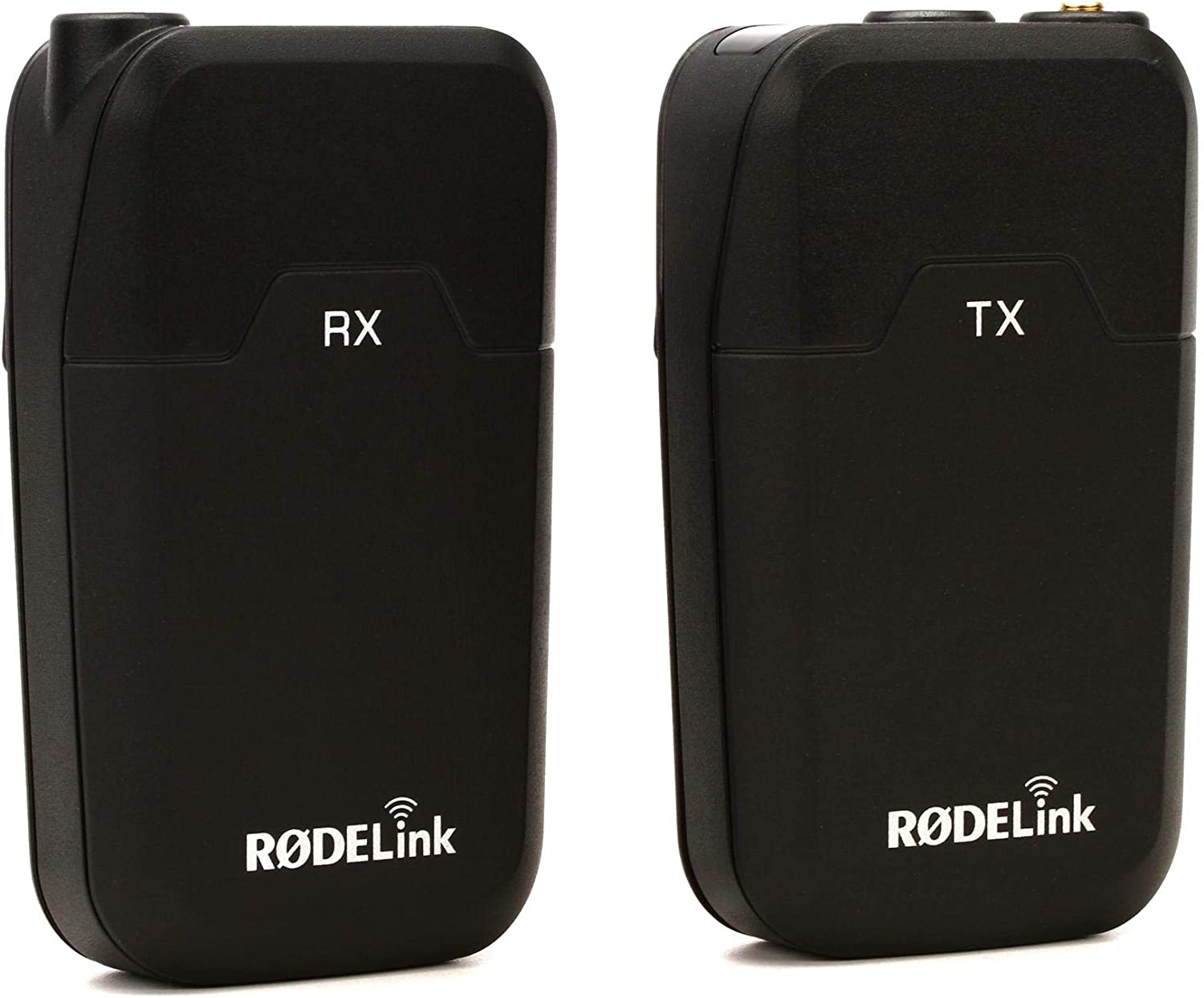 The quintessential wireless microphones for frequent vloggers, man-on-the-street interviews, and unpredictable guerrilla shoots, the Azden PRO-XR operates in the 2.4GHz spectrum, delivering reliable, distortion-free sound at distances up to 500 feet. And with the Frequency Spectrum Auto-Scan function, the receiver automatically dials in the 12 best frequencies for each channel.

Out of the box, you’ll have everything you need to start grabbing sound right away, including a lavalier mic, the transmitter and receiver, and a host of mobile-friendly add-ons like the 3.5mm TRRS adapter for phones and tablets, as well as a clamping mount that fits most smartphones. 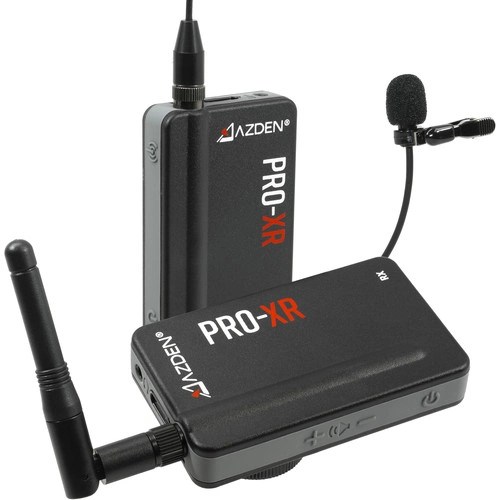 What if you could man an entire mixing board from the everyday comfort of your go-to phone or tablet? Guess what? Thanks to the inspired minds at Rode, you can! Enter the Rode Wireless GO II system, a dual-channel wireless mic kit with incredible mobile controls.

In terms of performance, many reviewers have noted just how powerful and clear the microphones are, delivering 128-bit encrypted sound across the 2.4GHz with minimal noise and distortion. Best of all, the receiver allows two mics to run simultaneously, negating the need for additional peripherals.

Referring to the above mixing board statement, the Rode Wireless GO II can be controlled and managed through the Rode Central app. From this mobile command center, you’ll be able to adjust gain, set up transmitters, access your recordings and so much more. 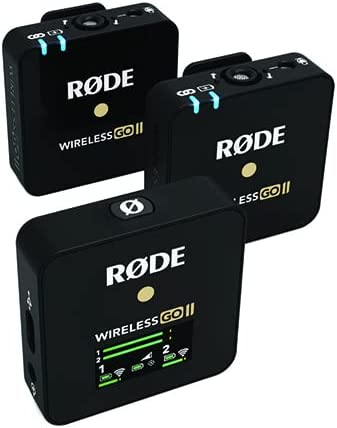 If your sound department consists of your best friend or the smartest peer in your film production class, the Joby Wavo Air is the wireless audio system you’ll want to use. Ergonomic, stylish, and capable of clipping and mounting to just about any film hardware, the Joby gear transmits and receives across the 2.4GHz frequency spectrum, providing clean and clear audio.

You’ll also get a beautiful batch of accessories and cables with your two transmitters with built-in mics. These include windscreens, adapters, and magnetized pendants for easily adhering the lav packs to clothing.

While the six hours of battery may not be best for larger productions, the Joby Wavo Air is the perfect sound solution for students, first-time movie makers, and ultra-shoestring crews. These wireless microphones are easy to set up and won’t let you down. 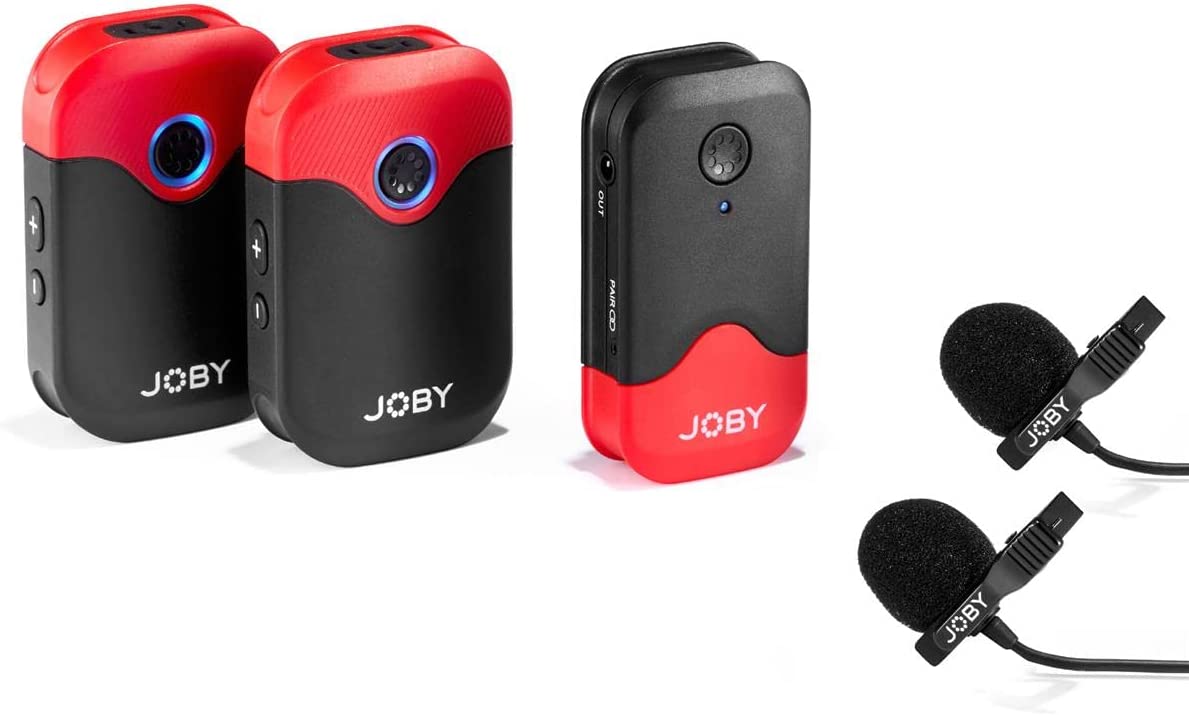 The Best Smartphone Rigs for Enhancing Your Photos and Filmmaking