The easiest way to upgrade your home audio experience is with a wireless soundbar. But a soundbar isn’t just a simple, or even “lazy,” alternative to a full home theater setup. Technology has become so refined and impressive that soundbars are full home theater setups, but you don’t need a million wires running from speakers to a receiver anymore.

Wireless soundbars can serve as a single unit to create a surround sound environment thanks to the latest audio codecs and creatively placed speakers inside of the soundbars. Many soundbars can be paired with a wireless subwoofer for enhanced bass performance, as well as additional speakers, but without the need to run speaker cable all over your living room. And now with built-in voice assistants and WiFi connectivity, you can stream music from your phone or even have Alexa dim the lights without having to move from the couch. Even though you’re upgrading your audio at home, you’re really getting so much more with a quality wireless soundbar.

Below you’ll find our recommendations for the best wireless soundbars for sale in 2021:

The directional firing speakers, rounded design and wireless connectivity make this the wireless soundbar you want to own. The speakers fire sounds all around the room creating a true surround sound experience, even though it’s a single soundbar. And the Arc is completely controlled with the Sonos app on your phone. It supports all the major music streaming services, so you can enjoy wireless music streaming at its highest audio quality. Simply put, it’s the best wireless soundbar available right now. 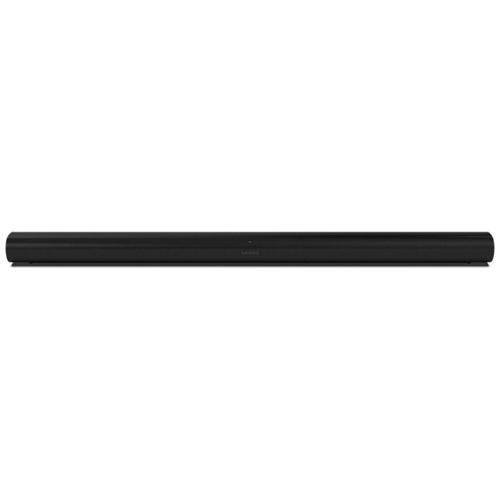 When it comes to the best Dolby Wireless soundbars, the Vizio Elevate stands out from the pack thanks to 18 separate drivers contained in this soundbar. But what really makes this soundbar worth consideration is that the outermost speakers automatically turn upwards to provide the most immersive Dolby Atmos effect possible. This may not have all of the connectivity, voice assistant and streaming options as the Sonos Arc, but it does come bundled with a subwoofer and two satellites. If you did the same thing with the Sonos Arc it would cost nearly $2,000. 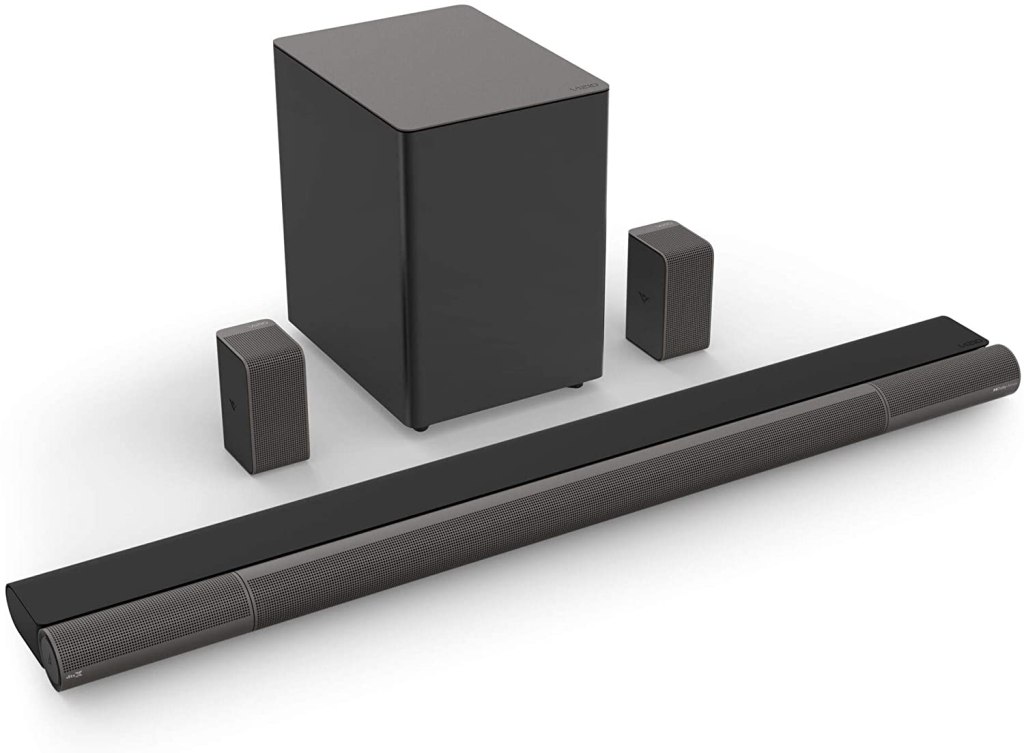 The Yamaha YAS-209BL has a lot to like. It sounds fantastic, and the wireless subwoofer adds that extra thump to your favorite action movies or games. Thanks to the DTS Virtual:X, this soundbar setup truly pulls off surround sound like you’d get by adding additional speakers around the room. As far as other wireless features go, the 209BL has voice control via Amazon Alexa to not only control your soundbar, but other Alexa enabled devices throughout your home. 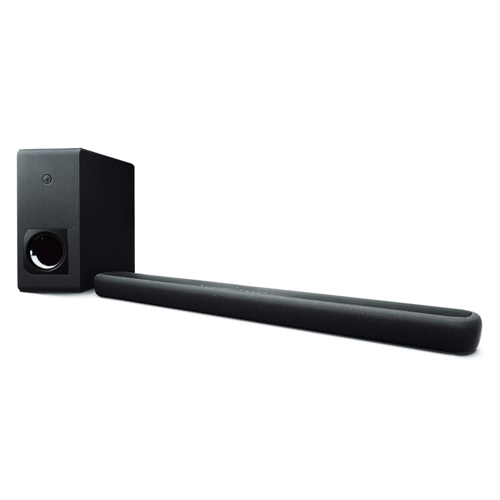 By using the “vertical sound engine” built-inside the G700, with the press of a button, the soundbar delivers convincing home theater-quality audio from the wireless subwoofer and soundbar setup. In our testing, sports, gaming and movies like Extraction put the soundbar’s impressive audio prowess on display. Even with all this tech used to create such an immersive soundbar, it’s actually really easy to install. It’s on the higher-end in terms of price, but your dollars are well spent. 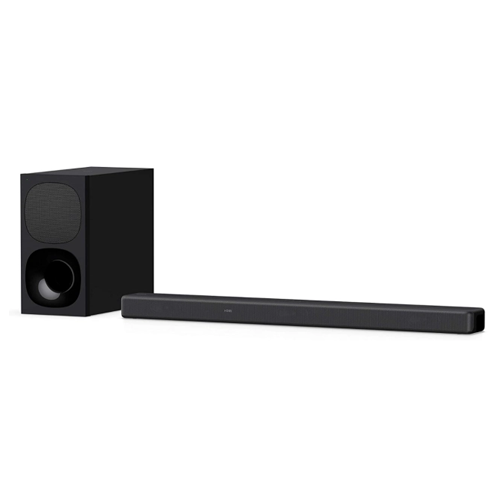 Bose integrated a lot of great and useful features into a small package. For starters, you can use WiFi or Bluetooth to stream music (we recommend WiFi for better range and quality). But if you’re listening or watching something late, and your significant other calls it a night, you can quickly connect a pair of Bose headphones using Simple Sync to send all the audio to the headphones instead of through the soundbar. The 300 also has voice command through Alexa and Google Assistant compatibility. Oh, and it sounds great, too. 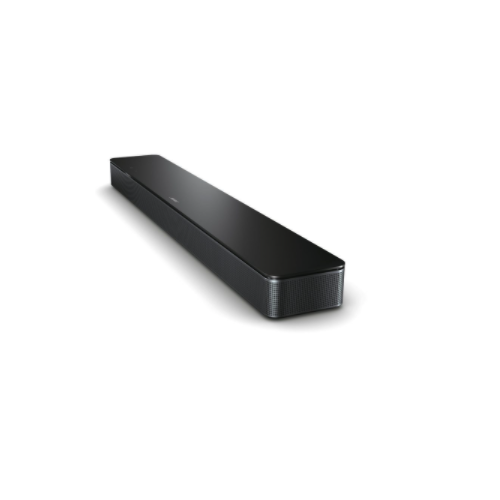 It’s pricey, but the Samsung HW-Q90 setup is the total package. The soundbar alone holds its own with top and side-firing speakers to get the sound bouncing off walls, creating surround sound. Add wireless rear speakers and a subwoofer and you’ve got a totally immersive sound system package. It supports the latest audio codecs, as well as Bluetooth and WiFi connectivity for your favorite music streaming apps. It’s a great system, but you’ll certainly pay for the added audio quality. 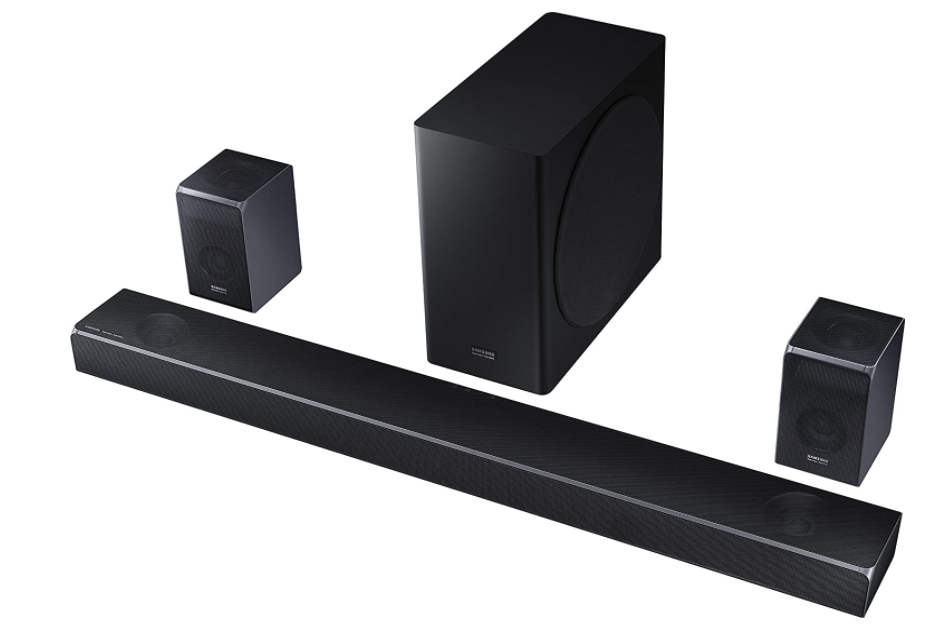 TCL offers a solid choice to upgrade your home entertainment system without going above $150. It comes with a subwoofer that connects wirelessly for enhanced bass performance. If you have a TV that sits low to the tabletop, the IR pass-through ensures that the soundbar won’t block the receiver on the TV from receiving the remote’s signal. It’s incredibly easy to set up and your wallet will thank you later. 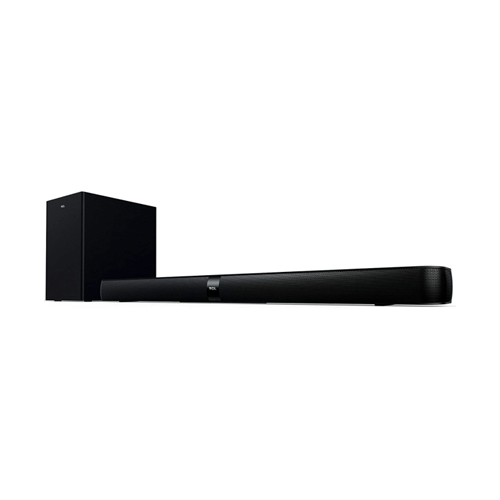 Do you ever watch movies or shows where the dialogue is really quiet and the action scenes almost explode your eardrums? The Signa S2 helps to eliminate this problem with VoiceAdjust, allowing you to customize the voice levels of the audio. So, when you’re watching anything from Heat to Inception, while the wireless subwoofer is rumbling, you’ll still be able to hear all the dialogue clear as day. And when you’re not watching movies, you can stream music wirelessly from your phone or tablet to the Signa S2 thanks to Bluetooth connectivity. 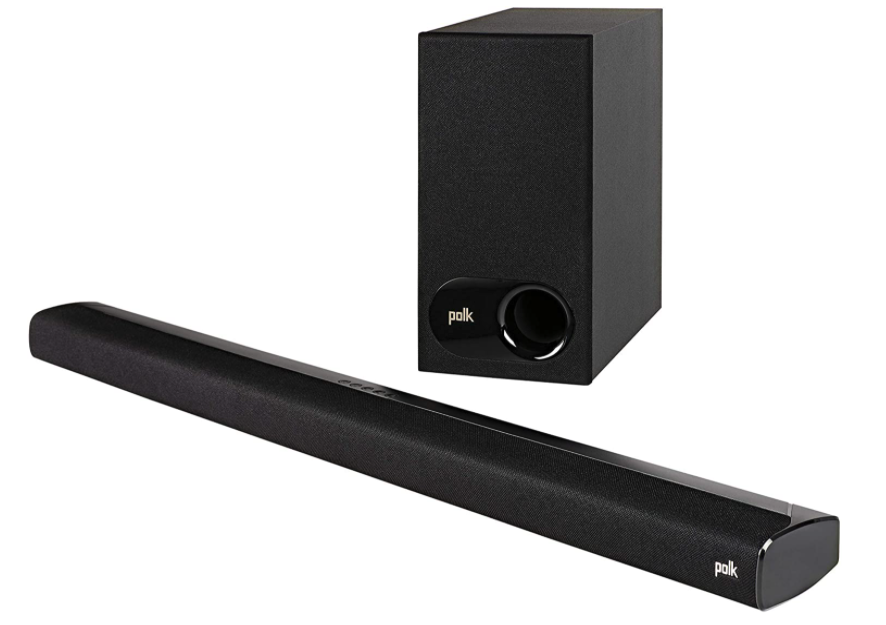 When you plug this soundbar into your “dumb” TV, you’ll have the Roku media interface at your service. That’s right, it’s a soundbar, but it is also a media streaming device. You instantly get upgraded sound through the two-channel design, as well as turning that old TV into a smart one. That alone is worth the wireless connection to Amazon Prime Video, Hulu, Netflix and other major streaming providers. You get your cake and can eat it, too. 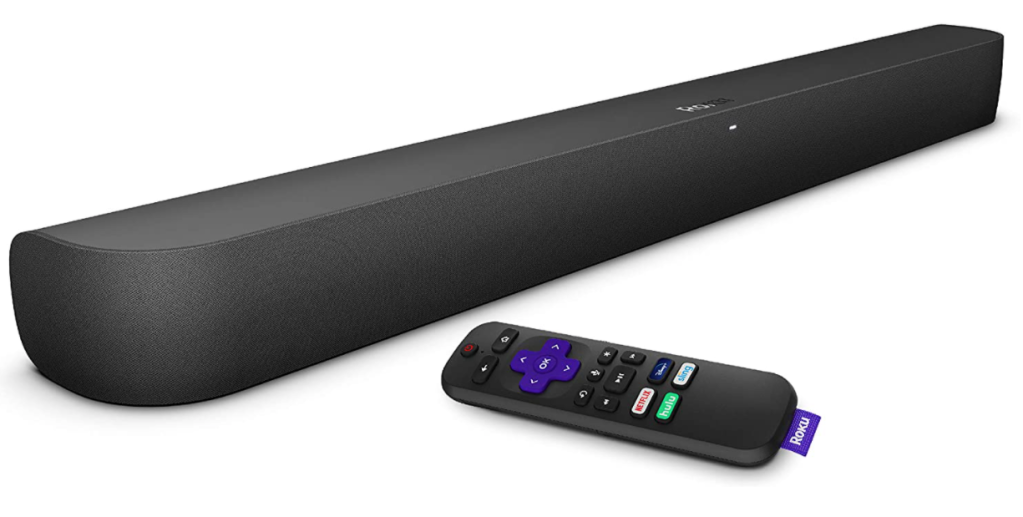 The Vizio V-51H6 is as easy to set up as it is affordable. It’s optimized for 4K use, so the audio quality will finally be up to par with the visuals. The soundbar and included speakers are low-profile and slim, so you can easily slide the soundbar under the TV and hide the other two speakers on end-tables or stands to blend right in. When you want to listen to music, you can connect wirelessly via Bluetooth. It’s a great full 5.1 option, especially if you’re on a budget. 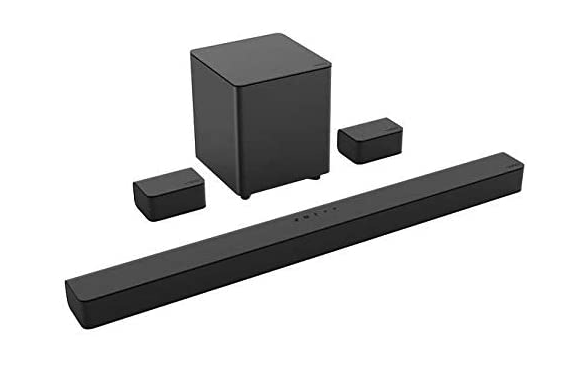 If you’re looking for a more affordable Sonos alternative, the Beam soundbar combines Sonos’ custom Wi-Fi streaming platform and voice assistant compatibility with Sonos’  well-earned reputation for audio quality to yield a system that’s smart, sounds great and costs less than $500. It can be wirelessly paired with other Sonos speakers, such as the subwoofer, allowing you to create an immersive surround sound experience. And if you’d rather not listen too loudly, speech enhancement software makes movies audible without having to turn the knob to 100.