* Black Mirror has become a cultural phenomenon
* Winning Emmys, attracting A-List stars and directors- things are only looking bigger and better for 5th season
* These seven gifts make great, unique gifts for fans of the series

Ever since its premiere in the Winter of 2014, Charlie Brooker’s Black Mirror has been dominating water-cooler conversations and Reddit forums. Pitched in one deck as saying “just as The Twilight Zone would talk about McCarthyism, we’re going to talk about Apple,” Black Mirror examines our relationship with technology in ways that are often so honest they’re uncomfortable. It’s attracted A-list talent from Jon Hamm to Bryce Dallas Howard, and examined complex philosophical arguments surrounding AI, data sharing and VR gaming. Winner of six Emmys, it’s a cultural staple that’s here to stay, and we’ve found seven gift ideas to help hold fans over in their long wait for the fifth season.

If you don’t get palpitations of excitement every time you see that black screen crack, you’re not a true fan. Slap this sticker on your notebook, laptop or phone to let people know you don’t trust technology, but you do trust Netflix.

One of the few Black Mirror episodes with a happy ending, San Junipero also won two Emmy awards and recaptured what fans love about the series. This nostalgia printed notebook comes with 120 pages for you to fill with Black Mirror fan theories. 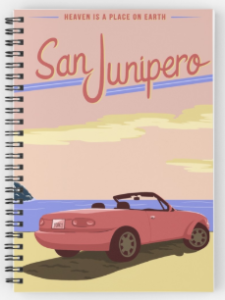 Right from the first season, we knew Black Mirror was special. This mug is inspired by the second episode of the first season, Fifteen Million Merits, in which characters are forced to constantly ride an exercise bike, unless they succeed on Hot Shots, a talent show that requires you to drink a Cuppliance before heading onstage. Hopefully you won’t fill yours with anything as potentially hazardous… 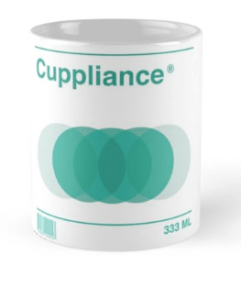 Based on the Nosedive game from the season 3 episode, which revolves around a social app that allows you to rank people, this Target version is built for 3-6 players and has an accompanying digital app. If you’ve ever wondered what it’s like to live in a Black Mirror episode, but have been too afraid to find out, this game’s for you. 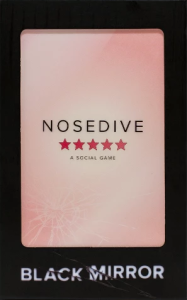 An official companion to the series, this book goes into the mind of creator Charlie Brooker, as well as providing a vast collection of behind the scenes images. An essential gift for any Black Mirror fan, this book is great to have on hand while re-watching the series. 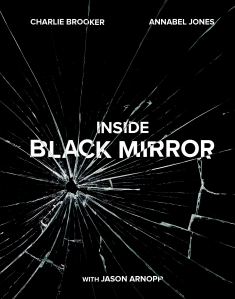 This edge-to-edge custom printed shirt uses a sublimation transfer technique, which ensures even crisper colors. Featuring an iconic image from the Nosedive episode, showing the ranking system that is the crux of the episode, this shirt invites others to stop you in the street for shared Black Mirror fan-girl moments. 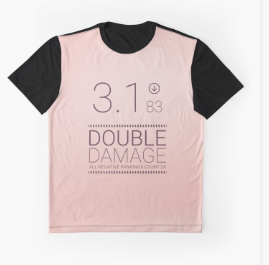 Choose between high gloss or satin for this metal print, featuring the titular locale from the San Junipero episode, as well as its two central characters, Yorkie and Kelly. The high quality print makes a great birthday present idea to help tide someone over in the wait for the next season. 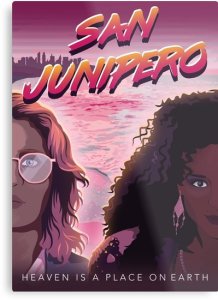 Simulation Blues: 8 Books to Read if You Can’t Get Enough of Black Mirror