Boomboxes are making a comeback. We all love our portable speakers, but oftentimes those are too small to really get the tunes bumping. Boomboxes are portable speakers with a little more oomph. They’re big enough that you wouldn’t want to necessarily toss them in your backpack but small enough to carry using a handle. Boomboxes slap, and have been since the ’70s.

Quick History of The Boombox 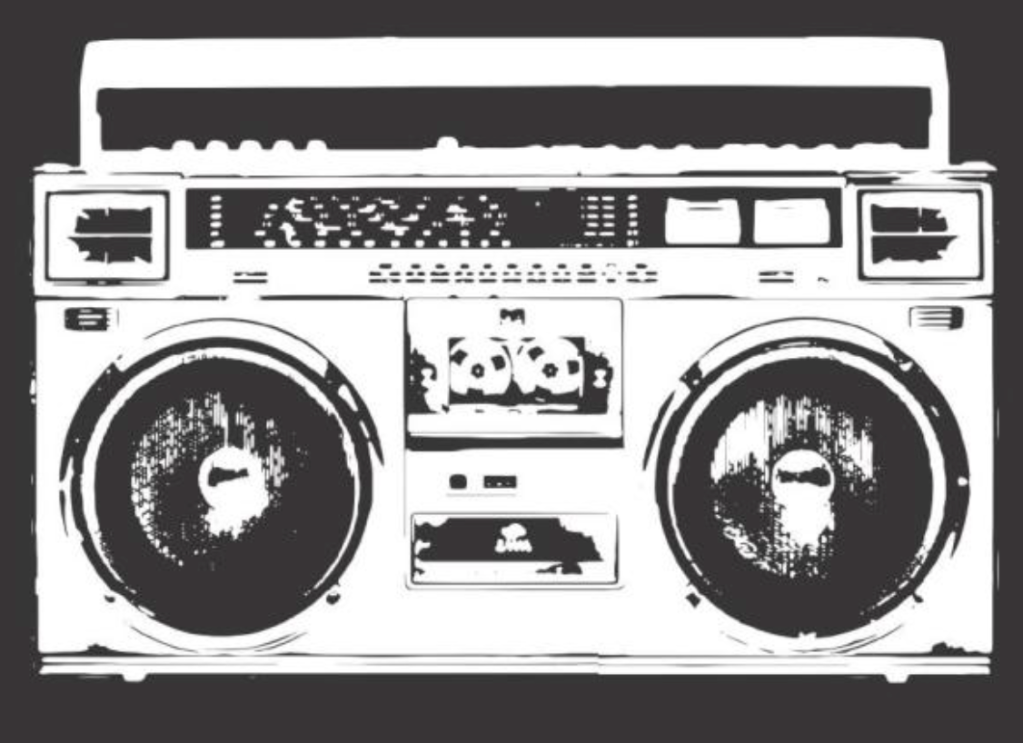 There are four main reasons boomboxes exploded in popularity in the ’70s and ’80s. They were portable, sounded great, allowed you to record music and frankly, they just looked awesome. The boombox and hip-hop’s history tightly interweave through the boombox’s ability to record and its style.

The boombox helped spread music across cities through mix-tapes. Artists could record their concerts and fans could use boomboxes to record concerts they went to. These tapes would circulate through the cities and spread music much like the way YouTube does with viral videos today. Tapes were like an acceptable and analog version of Napster that helped promote the growth of music, especially hip-hop in that era. Not only could you blast your music through the streets, but you also looked like a bad-ass while doing it with a boombox on your shoulder. It became as much as a fashion statement as it was a tool for recording and playing music.

Today, boomboxes are making a comeback — though not as “cool” as they were in the ’70s and ’80s, the tech has corrected some of the things that made boomboxes go by the wayside in the first place. Now, instead of handfuls of D batteries to power your boombox, many have rechargeable batteries that can last for 20, 30 and sometimes 40 hours. Many are virtually indestructible and waterproof where old boomboxes were rather delicate devices. And with wireless streaming and sound quality that’s never sounded better, it’s obvious why boomboxes are making a comeback.

It’s time to get the party boomin’. Here are our recommendations for the best boomboxes available right now.

The handle, the beefy 12-pound weight and the booming sound may make you reminisce of the days when you were bringing your boombox from 1984 to the beach — but this isn’t your 1984 boombox and the experience is 10x better. The Sony SRS XG500 boombox has loud and clear sound quality. Plus, unlike the boombox of yore, this impressively loud speaker runs for 30 hours before it needs a change and can last up to three hours on a 10-minute change. Times have changed for the better. 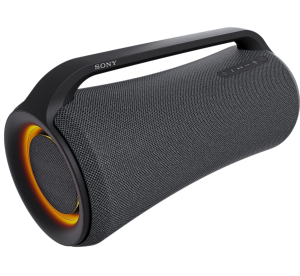 As far as sound quality goes, this is on par with the Sony SRS, so it really comes down to personal preference or brand loyalty. The JBL Boombox 2 is slightly more waterproof with an IPX7 rating, so if you set it down a little too close to the ocean or pool, you don’t need to fret. It has 24 hours of battery life instead of 30 and costs slightly more than the Sony. Whether you decide to go with the Boombox 2 or the Sony boombox, you won’t be disappointed.

It’s beefy like both the JBL and the Sony, but the design here is arguably more basic and less visually appealing. But that is easy to ignore when you see the $100 price tag compared to the $400 plus tags of our top picks. That’s right, you can save more than $300 and still get a booming speaker with 24 hours of battery life and an IPX7 waterproof rating. Not a bad choice for the boat or beachgoer on a budget. 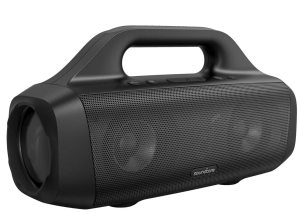 This looks more like the black box out of an airplane than it does a boombox, but as you can imagine with this design, it can take a ton of punishment and stand to tell the tale. The speakers are built inside a crush-proof pelican case that can also withstand rain, dirt, snow, heat — you name it. You can even open up the case and toss in your wallet or phone to keep your personal items safe when the weather turns. All things considered, it actually gets pretty loud and has an impressive 40 hours of battery life. 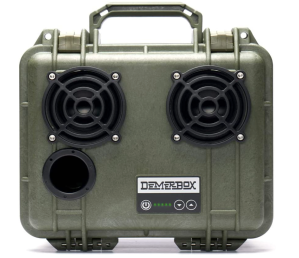 Nothing like coming home from a concert with a CD from an artist you just discovered and you have no way to play it. Sometimes you just need a boombox that plays a CD, and this no-frills Toshiba boombox fits the bill. It doesn’t have Bluetooth connectivity like most other modern boomboxes, but it does have an Aux port to connect your phone, tablet or laptop in a pinch. Plus, it’s incredibly affordable. 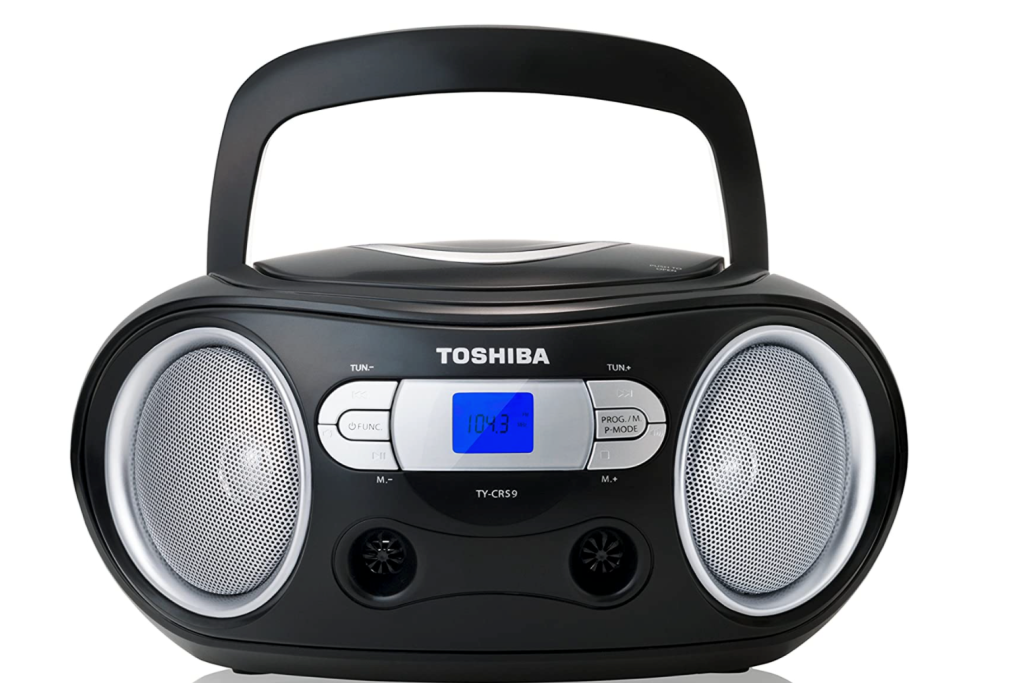 When you think of the term “boombox,” this is probably closer to what you picture in your head. But, unlike those boomboxes, this one has Bluetooth and NFC for quick connection to your streaming device. Beyond that, it has a CD player, radio and can operate for 26 hours on a single charge. For under $100, it’s not a bad option for a portable boombox that can play a variety of different media. 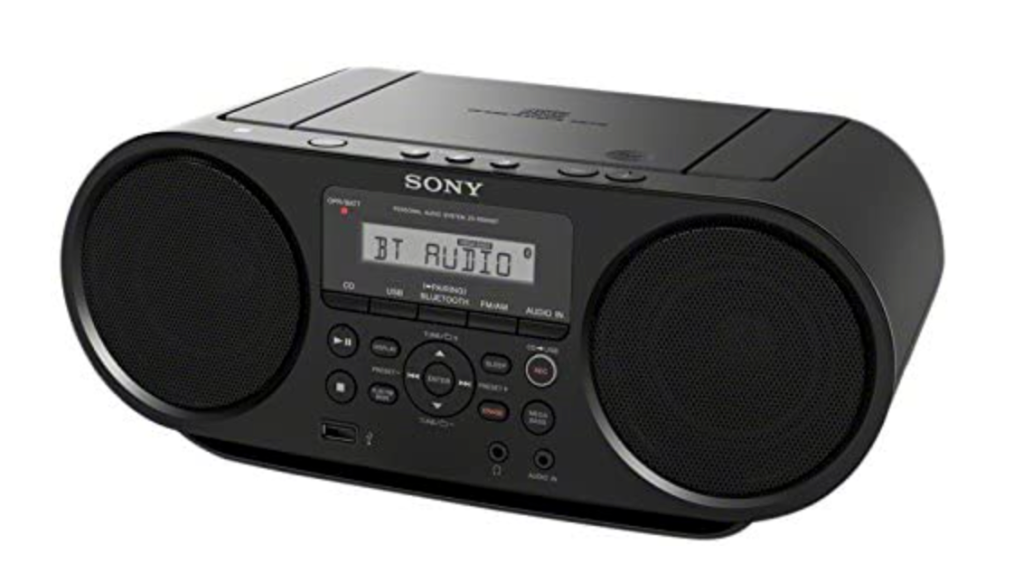 We went back and forth on whether this should be considered a boombox or not. But the fact that this speaker is designed to connect a strap to it, we figured it’s big enough to fit the bill. Speaking of big, the sound the Extreme 3 produces is plenty big and carries even outside. You can take it to the beach and not worry thanks to IP67 waterproofing and pair it with another speaker for stereo audio. It gets about 15 hours of battery life but is about $100 less expensive than the JBL Boombox 2. 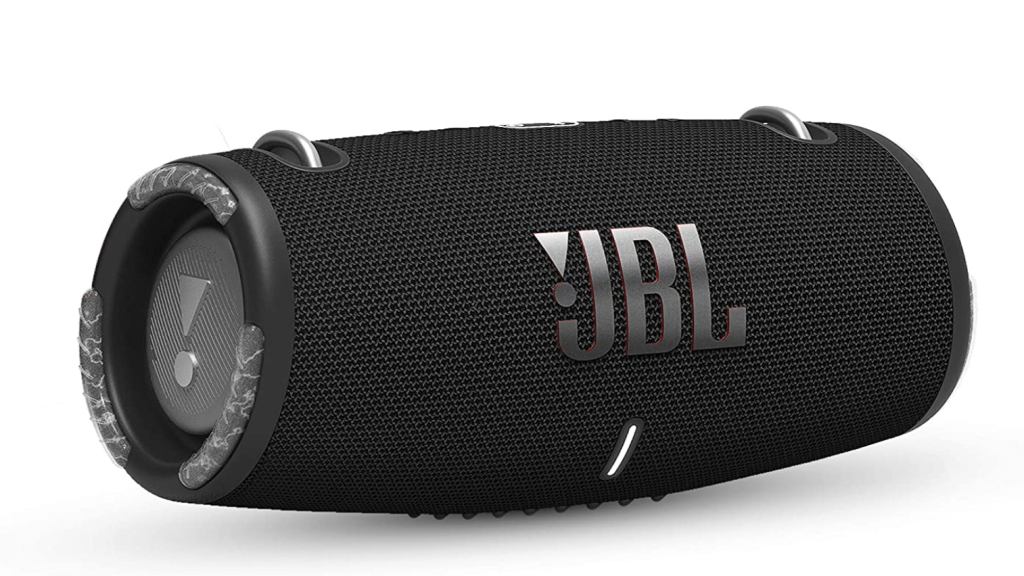 If you really want to bring it back to the ’80s, the Victrola Retro Boombox has a sweet old-school design, but with modern features. You can play your favorite mixtape (literally, it plays tapes), or you can stream wirelessly from your phone or computer. One thing that’s a little bit of a bummer is it takes eight D batteries to operate which is true to form for old-school boomboxes but also a reminder of how far tech has come since the 1980s. 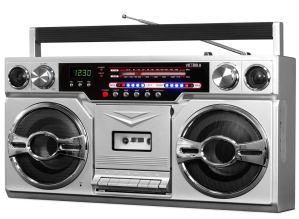