As one of the flagship audio companies in the industry, Bose stepping into the world of gaming is one of those no-brainer moves. Why not apply the same wonderful tech that revolutionized listening to music and apply it to the dynamic, fast-paced world of video games? The better question: why did it take Bose so long to make this move? With the company’s QuietComfort 35 II Gaming Headset, Bose has made an impressive first step into the gaming sector.

I deeply admire Bose’s design approach. If you’re anything like me, there’s a good chance you have multiple audio devices for various tasks: I have earbuds for commuting, a gaming headset, noise-canceling headphones for work, and exercise earbuds that can take a beating. The QuietComfort 35 aims to eliminate at least two of those, folding the gaming headset and noise-canceling headphones into one model. Yes, Bose’s gaming headset basically takes the existing noise-canceling foundation we know and love and adds gaming functionality to it. In and of itself, that is cause enough to get extremely excited. In theory, the Bose QuietComfort 35 II Gaming Headset should offer the best of all worlds.

So do they live up to their promise? 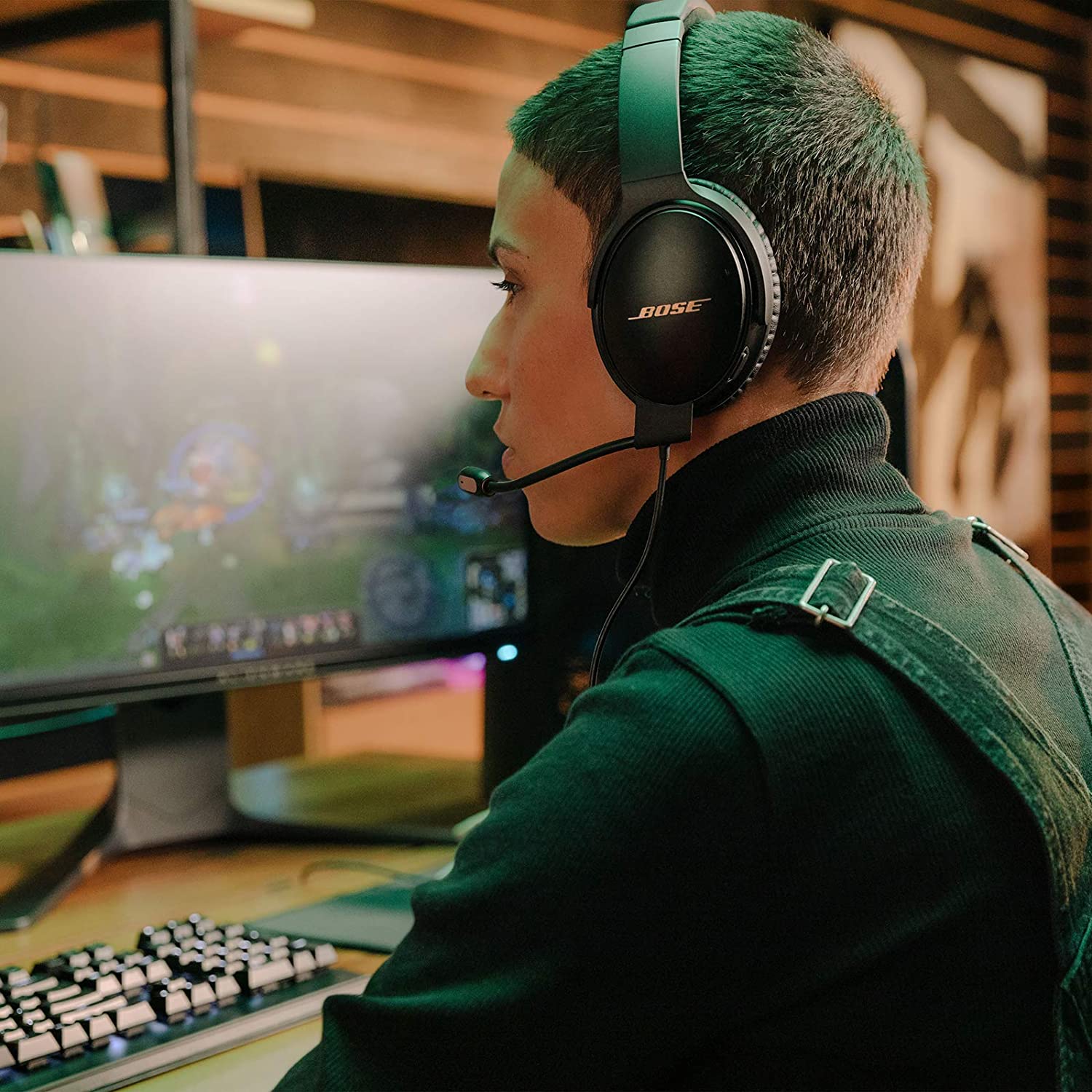 When it comes to the gaming side of things, the QuietComfort 35 II connects to a PC via an included USB controller. The puck-shaped device has a real sturdy and comfortable and feel to it, as the dial allows you effortless scale the volume up and down. The controller also allows you to toggle mic monitoring on and off so you can hear yourself (which is handy for those Twitch Streamers.) The microphone itself attaches to the lower portion of the headphones and then plugs into the audio controller puck. The Discord and TeamSpeak mic also includes an audio on/off slider to make muting yourself quick and easy. A wired connection for the headset means you can use it both for PC gaming and console gaming with ease. They’re also the preferred gaming headsets of Riot Games’ League of Legends, used by legitimate pro gamers in actual competition play, which further adds to the impressive wow factor of it all.

But some might be frustrated by the lack of true wireless connectivity.

The one thing that’s a little frustrating is the audio output itself. While the playback itself is clear and crisp, it lacks the dynamic surround sound you might find in other gaming headsets. That might not be a deal-breaker for some, especially those who will opt to use the QuietComfort as their dedicated gaming headset, but for others who are used to higher-end features, they might be a little disappointed with the lack of oomph. In short, they’re not as specialized as they could be, but it’s a tradeoff for something that excels in other areas. It also leaves a lot of room for improvement in future Bose gaming headsets, and I expect these features to be upgraded for future models.

The Verdict: A Great 2-in-1 Headset That Doesn’t Quite Live Up To Its Full Potential

If you already have a great gaming headset, then we wouldn’t necessarily recommend replacing them with the Bose QuietComfort 35 II. However, if you’re in the market for a new PC gaming headset, then this is a great choice. They’ll do wonders for those gamers who are on the go and want a suitable option to pair with a swanky laptop or for those who care about their music as much as they do their favorite games. In this stage, it’s more a generalist product than a specialist.

Unfortunately, these headphones are priced like a premier gaming headset, and so we’re grading them on a steep curve. Priced at just under $300, this 2-in-1 doesn’t quite match the audio quality of similarly-priced headphones or gaming headsets. However, the ability to get both devices in a single product is certainly worth a closer look.

And with Bose’s reputation for making long-lasting audio products, this headset is still a great investment. 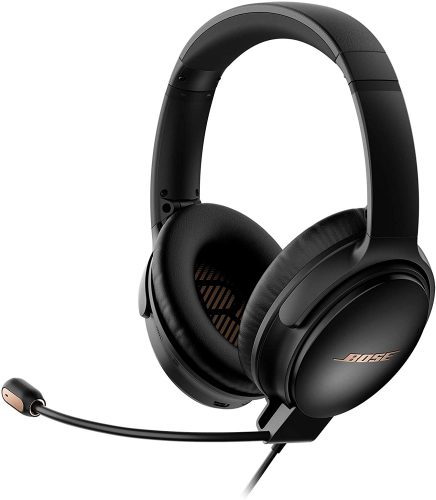