* Big celebs with best-selling audiobooks
* Books written and read by their famous authors
* Memorable narratives that will make you laugh, cringe, and be moved

When you can’t find the time to indulge in a paperback book or stay still enough to sit and consume the intricacies of a well-written story, we want to remind you that you don’t have to miss out on a best-seller because you’re too busy living your best life.

Audiobooks are what get us through the treacherous standstill traffic of LA and cacophonous rides on the subway in NYC; they are the modern answer to millennials who love to read but are juggling an over-scheduled life.

So, we gathered some of the best celebrity-written books out there (don’t miss our presidential audiobook roundup) that can be enjoyed during daily commutes, or honestly, while on the couch for a little audio entertainment from these familiar voices.

From the comedic and coarse language of the late and great, Anthony Bourdain, to the inspirational and endearingly honest tone of Amy Poehler, we recommend plugging in your headphones to tune into some of these memorable stories.

Actress, comedian, and author, Tiffany Haddish, will keep you pining for more awkward moments and relatable anecdotes through “The Last Black Unicorn” – a book that takes you through her childhood in South Central Los Angeles. This book stands out because of Haddish’s massive rise to success in recent years that has put her alongside some of the most well-known actors and actresses in Hollywood, while her casual tone and sly wit remind us that this bold star can entertain as much in-ear as she can on-screen. 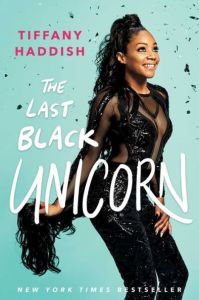 This New York Times Bestselling book from the late Anthony Bourdain is a must-read to begin your venture into his handful of other books he has published. The gritty story is a deep look into the drugs, drama, and debauchery that happens in the kitchens where Bourdain begins his early career – a career that would lead him around the world to create some of the most celebrated shows on television including CNN’s Anthony Bourdain: Parts Unknown. 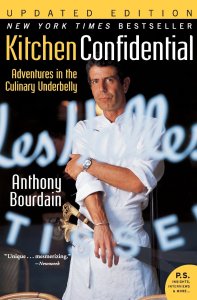 3. Nick Offerman’s “Paddle Your Own Canoe: One Man’s Fundamentals for Delicious Living”

Many of us know Nick Offerman from his widely-adored character on the television show Parks and Recreation, where he charmed audiences with his dry sense of humor and clever insults to vegans. His humor doesn’t quit here in his book, that spans topics from woodworking, manliness, and his appreciation for a quality steak. “Paddle Your Own Canoe” can best be enjoyed when in the comfort of your own home, or car, as bursts of laughter tend to be common. 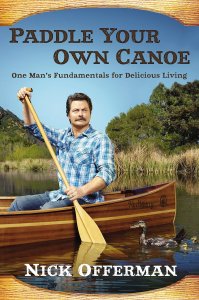 'Paddle Your Own Canoe'

The iconic English musician, Elvis Costello, writes an eloquent and masterful book documenting his wildly successful music career, his work on television, and movie appearances. From working with Lou Reed to recording his legendary albums, this walk through Costello’s life is not one to be missed—for both music aficionados and history buffs alike. 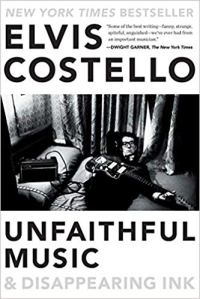 I think it’s fair to say that Amy Poehler has become a household name. She just appeared at the Academy Awards as a “non-presenter” alongside her famous female comedian sidekicks, and she has deemed herself one of the most memorable characters on television as Leslie Knope from the aforementioned TV show, Parks and Recreation. In her book, “Yes Please,“ she describes the unbearable process of writing her very own book and how humor and empathy have taken her to pretty incredible places in life. Not a far cry from her TV character, she operates from her heart, while inspiring others to act on their passion and get going. 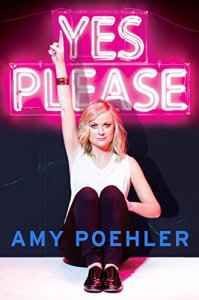