New details are emerging in the sudden death of The Cranberries’ lead singer, Dolores O’Riordan. The Irish-born singer was found dead Monday in London, and police are saying the death is being treated as “unexplained,” but “not suspicious.” That seems to rule out any sort of foul play.

A full investigation is taking place. O’Riordan had been in London for a recording session, according to her publicist, and there were rumors that The Cranberries had been preparing to release new material this year.

We are devastated on the passing of our friend Dolores. She was an extraordinary talent and we feel very privileged to have been part of her life from 1989 when we started the Cranberries. The world has lost a true artist today.
Noel, Mike and Fergal

The Cranberries was formed in Limerick in 1989 and the group rose to fame in the 90s with songs like “Linger” and “Zombie.” After a long hiatus, the group re-formed in recent years, and even embarked on a tour last year in support of “Something Else,” an acoustic album featuring some of the band’s most popular hits.

According to Nielsen Music, which tracks album sales in the U.S., The Cranberries’ total music sales grew more than 11,000% following the news of O’Riordan’s death, with fans rushing to pay tribute to the singer and her legacy of hits. 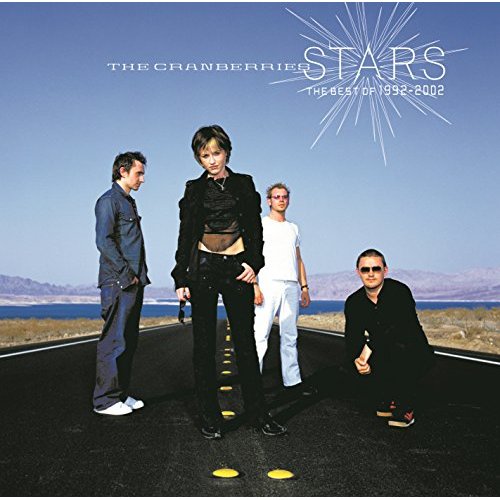 The Cranberries had a number of hits that made them one of the most biggest groups of the 90s, soundtracking many prom dances, house parties and club nights, in addition to making them a popular live touring act around the world.

“Linger” is the group’s highest-charting song on the Billboard Hot 100, reaching number 8 in 1994 and appearing in a number of movies and TV shows. O’Riordan has said in interviews that the song was inspired by her first kiss.

Follow-up singer, “Zombie,” meantime, hit number one in half a dozen countries around the world, and also topped the Billboard Alternative Chart. Most recently, “Zombie” was featured in the movie, Pitch Perfect 3 as part of a “riff-off” scene featuring actress Ruby Rose taking on O’Riordan’s vocals.

Released in 1992 as the band’s debut single in Ireland, “Dreams” was later re-released and hit the charts in the U.S. and UK. The song was also heard in a number of seminal 90s pop culture moments, including an episode of Beverly Hills 90210 and in the movie, Boys on the Side.

Written by O’Riordan and guitarist Noel Hogan, the churning rock ballad was reportedly inspired by O’Riordan’s childhood. The song is notable for its memorable music video, which was shot in black and white, and interspersed shots of different families with a simple close-up of O’Riordan singing the tune.

Stream/Download Ode to my family

This acoustic pop song showcased a lighter, free-spirited side to both The Cranberries and O’Riodan. It was recorded for the band’s fourth album, “Bury the Hatchet,” released in 1999. You may remember the band performing the song on an early episode of Charmed.

In addition to her work with The Cranberries, O’Riordan also released two solo albums, 2007’s “Are You Listening?” and 2009’s “No Baggage.”

O’Riordan’s funeral is expected to take place in her home county of Limerick, in Ireland. Thousands of fans and mourners are expected to gather to pay tribute to the singer.