* New book chronicles ups and downs of President Trump’s first 18 months in office
* Book reveals culture of chaos and lack of communication in the White House
* Trump has fired back, threatening legal action against the author

Just when you thought you’ve read everything you need to know about President Trump’s rocky first year in office, out comes “Fire and Fury: Inside the Trump White House.”

From experienced political journalist, Michael Wolff, the new book explores the events leading up to Trump’s election night victory (which reportedly surprised even Trump himself), the transition to power, and the divisions and conflicts that have arisen within the White House walls since then (both between Trump and his administration, and in the Trump family itself).

Add Comment
1 Person Commenting
Valerie furr
4 years
You can shove your fake book and lies up your A_ _. How much is Sorros paying...

Add Comment
1 Person Commenting
Valerie furr
4 years
You can shove your fake book and lies up your A_ _. How much is Sorros paying… 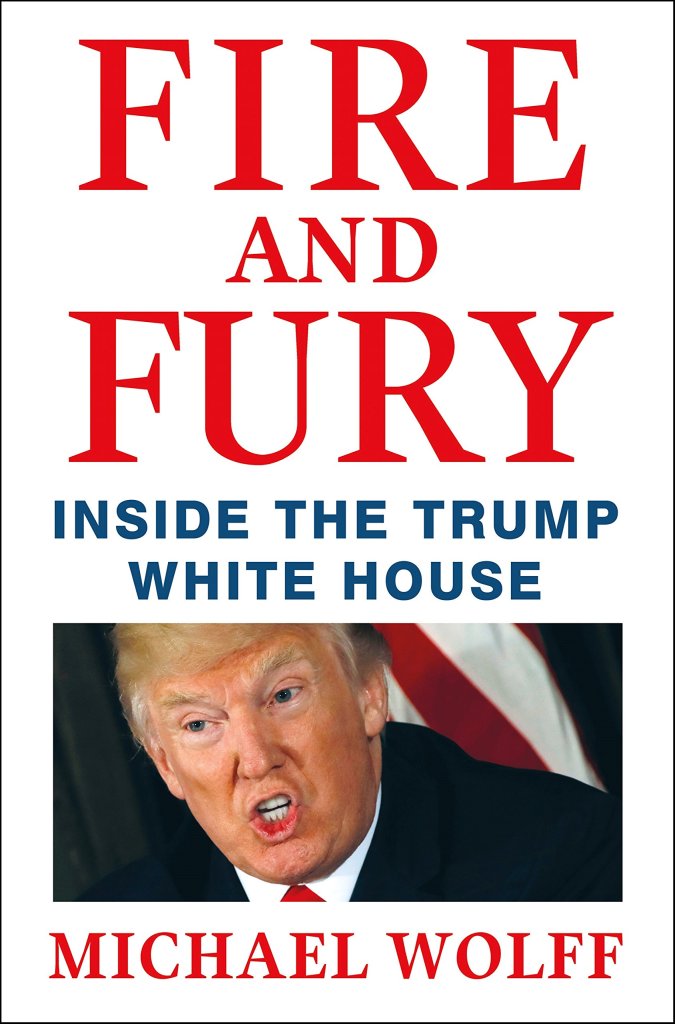 Fire and Fury: Inside the Trump White House

Incredibly, Wolff was given unprecedented access to the Trump White House, and he conducted conversations and interviews over a period of 18 months with the president, most members of his senior staff, and many people to whom they in turn spoke. Shortly after Trump’s inauguration, Wolff says, he was able to take up “something like a semi-permanent seat on a couch in the West Wing” — an idea encouraged by the president himself. Because no one was in a position to either officially approve or formally deny such access, Wolff became “more a constant interloper than an invited guest.” There were no ground rules placed on his access, and he was required to make no promises about how he would report on what he witnessed.

Now, in his new book, Wolff tells the inside story of the most controversial and polarizing presidency of our time. Among the details released in the book, Wolff explores why FBI director James Comey was really fired, the impact of former Chief Strategist Steve Bannon on Trump’s policies, and what President Trump’s staff really thinks of him.

Excerpts from the book have also revealed the odd working and communication styles employed by Trump, who, Wolff argues, were often fraught with confusion, finger-pointing and outright ignorance of the facts at hand.

Already one of the most buzzed-about books of 2018, “Fire and Fury” has shot to the top of the charts even before its release. Get the book now on Kindle or hardcover, and read the incredible story that is still winding and weaving its way with no ending in sight.

As expected, President Trump hasn’t sat idle while the book continues to gain traction. His lawyer has threatened legal action against Wolff, calling on the author to “immediately cease and desist from any further publication, release or dissemination” of his book and to issue a retraction and apology, adding that his firm is investigating what he called “numerous false and/or baseless statements” made about the president in the book.

The Most Tremendous Trump-Themed Gag Gifts