Remember queuing up your MP3 playlist to burn CDs in the early 2000s? Well, it’s 2020, and now it’s time to convert your CDs (and your vinyls) back into MP3. Boy, how the tables have turned.

The vinyl record market is booming right now. Over the course of the past few years, vinyl records have crossed the line from hipster collectible to mainstream consumerism. It seems that everyone has jumped on the vinyl record bandwagon. At this point, you can even grab a vinyl record at your local Walmart or Target. In 2019, vinyl records outsold CDs for the first time in decades, and the trend doesn’t appear to be slowing down anytime soon.

As a result of this resurgence, an entire industry of vinyl record systems and accessories has seemingly blossomed overnight — including everything from vinyl cleaning kits and record storage hacks to basic vinyl record players. But what if you’re looking to invest in something that does a little bit more than just spin your records? Enter the Electrohome Kingston Record Player. This seven-in-one Electrohome Bluetooth player is that, and so much more. 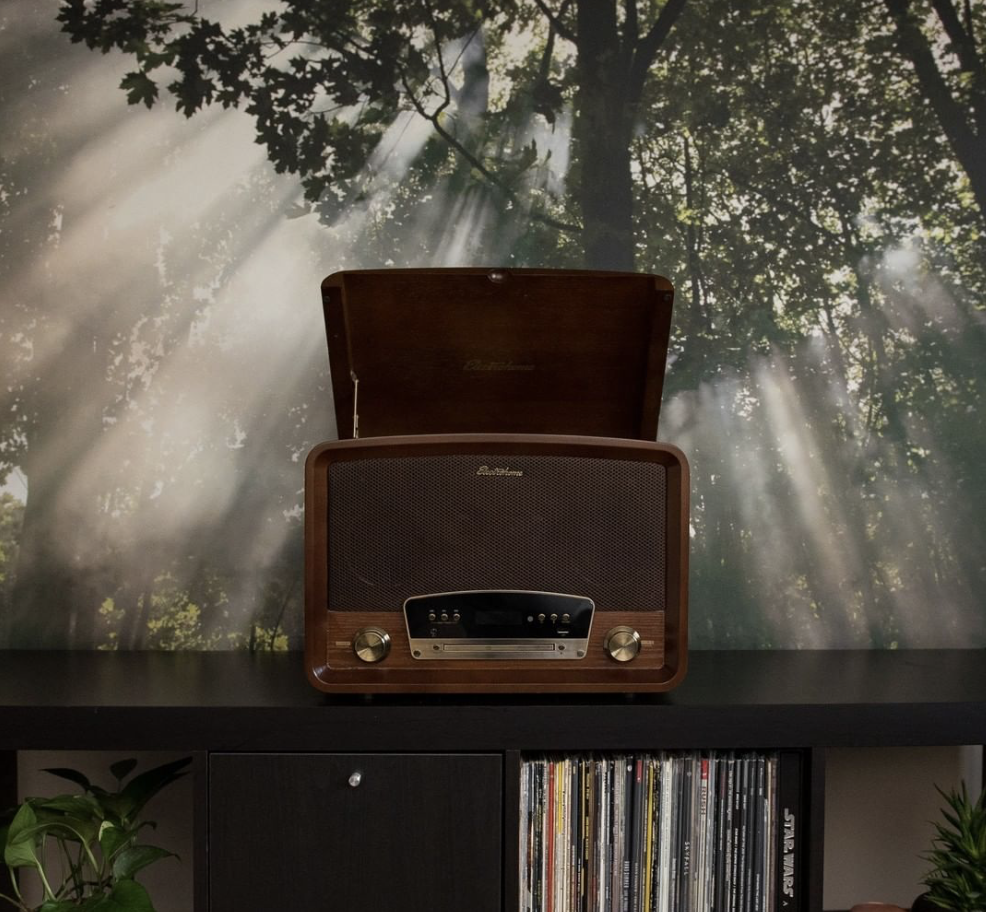 What We Liked About the Electrohome Record Player…

The Electrohome Bluetooth player is handsomely crafted out of real wood veneer and is available in three different finishes: black with silver hardware; walnut with bronze hardware; or cherry with silver hardware. The vintage-styled system, which measures 12.25″ (H) x 17.3″ (W) x 13.5″ (D), boasts an impressive list of capabilities:

But enough about the specs, how does this bad boy sound? Whether you’re broadcasting your favorite Spotify playlist via Bluetooth or popping in a CD or record, the front-facing speaker does it all justice — providing crisp, quality sound. And the best part is that the 35-watt amplifier system comes with a remote that allows you to adjust all the nitty-gritty, such as volume, bass and source inputs, from the comfort of your couch.

The Most Unique Feature? Vinyl to MP3 Conversion.

The Kingston can transfer your physical media, including vinyl and CD, over to USB, so you can digitally and safely bank all your precious tunes. The transfer process is actually quite simple: you simply insert a USB into the designated drive on the player, pop in your favorite vinyl, hit the record button and let the machine do all the magic. You can also hit the forward track button whenever you want to divide your songs into separate files. It’s a very unique spec that not many players on the market offer, and it’s something that will surely appeal to avid wax collectors. 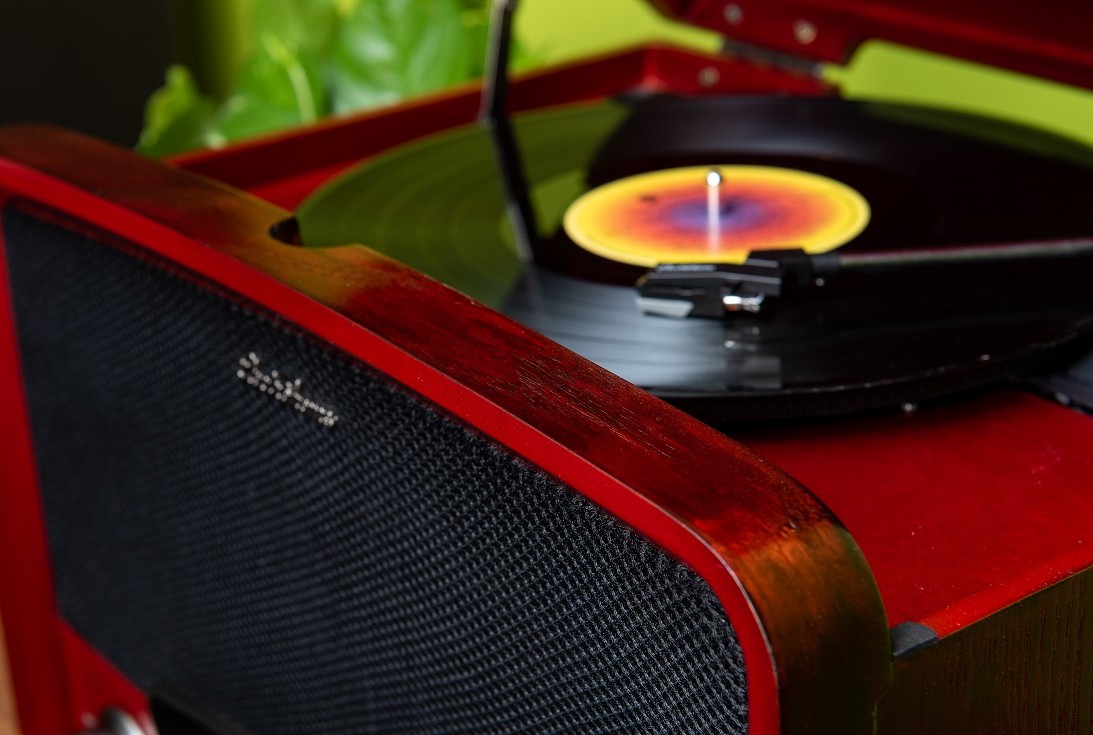 What We Didn’t Like About the Electrohome Record Player…

While it appears that the Electrohome Kingston vintage record player stereo system is essentially a one-stop-shop for music lovers, there is one feature that is notably missing: a cassette player. While certainly not as popular as vinyl records, cassette tapes are on the verge of making a comeback. Stop into any Urban Outfitters, and you’ll find shelves stocked with cassettes of all latest music releases. A sign of trends to come? Perhaps.

With all the ways to listen to music on the Kingston sound system, it’s interesting that this one feature was left out. For a system that caters not only to the casual listener but to avid music enthusiasts as well, it’s surprising that this kind of investment doesn’t look to future trends. The absence of a cassette tape player is a potential downside to the otherwise impressive set-up, and it might even be enough of a gap to make some music junkies press pause on buying.

The Electrohome Kingston Player retails on Amazon for $169.96. Comparatively speaking, the Electrohome Bluetooth player is a bit more expensive than other popular brands in the vinyl player market, namely Victrola or Crosley, which both start at around $50 for a basic player. But the keywords here are “basic player.” If you’re looking for something that offers more than just a Bluetooth capable record player, like this one, which also includes a radio, CD player and an alluring physical media-to-MP3 transfer, then the Electrohome Kingston is ultimately a worthy splurge. 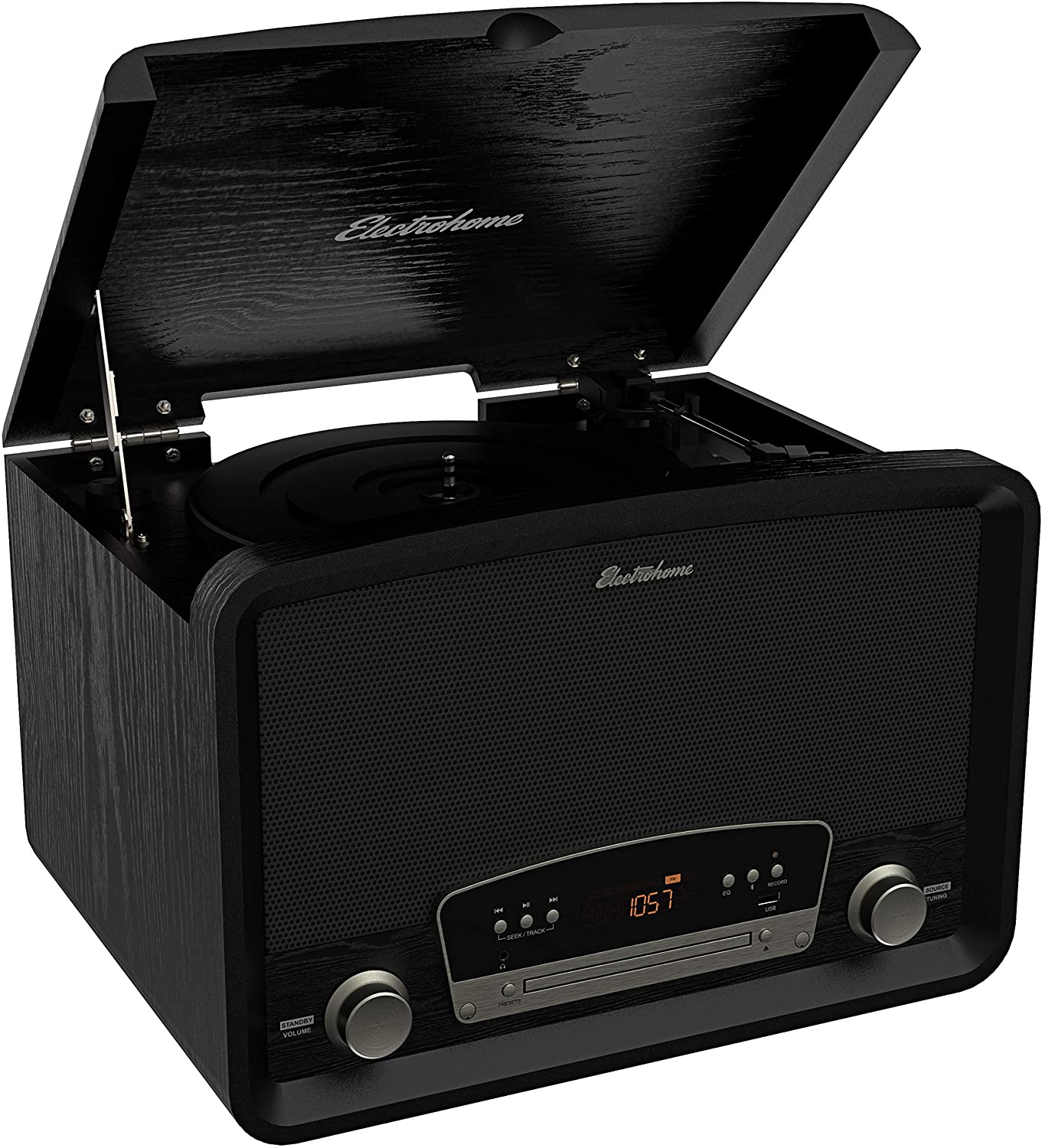