Chris Cornell left us all too soon. The sudden tragedy of his death, just mere days ago, still leaves a heavy hole for many fans. For those wanting to remember the great voice of Soundgarden and more recently, Audioslave, or for new fans looking for an introduction, Cornell’s final album, “Higher Truth,” puts on display everything we have grown to love about the singer. 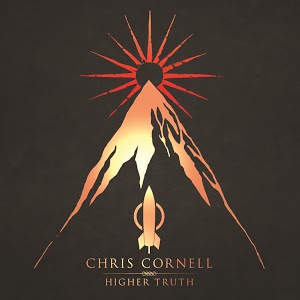 The “Higher Truth” Deluxe Edition contains 15 original songs and one remix. It’s an intimate, acoustic album that displays the richness and power of Cornell’s voice. These tracks highlight how Cornell transcends genres in his singing. With a folksy, bluesy and almost countrified feel to it, this album shows that Cornell is far more than the grunge sound he’s so often associated with.

Perhaps most on display in this fourth of Cornell’s solo efforts is his love of reflective songwriting. Cornell’s lyrics plumb the depths of his soul and become a cathartic expression of his life, love and passions.

For many, Cornell will be remembered for Soundgarden’s power ballad, “Black Hole Sun,” or Audioslave’s “Like a Stone.” But fans shouldn’t stop their appreciation of this master songwriter and performer by ignoring his later, more nuanced and soul searching work as a solo artist.

Hear the voice that captured the hearts of many for generations. Though taken too early from this world, Chris Cornell will live on through his music. Capture the magic once again in this, his final solo recording.