Here’s something that will make you feel old: pop-rock trio HANSON is celebrating its 25th anniversary this year. Another time stamp: their debut single, “Mmmbop,” turns 20.

The brothers from Tulsa, OK first started performing together in 1992, crafting a unique blend of harmonies and organic soulful pop-rock that made them a well-known act in Oklahoma. The group took the world by storm with their debut major release in 1997, ushering in a string of top 40 singles and establishing them as one of the most popular bands in the world. 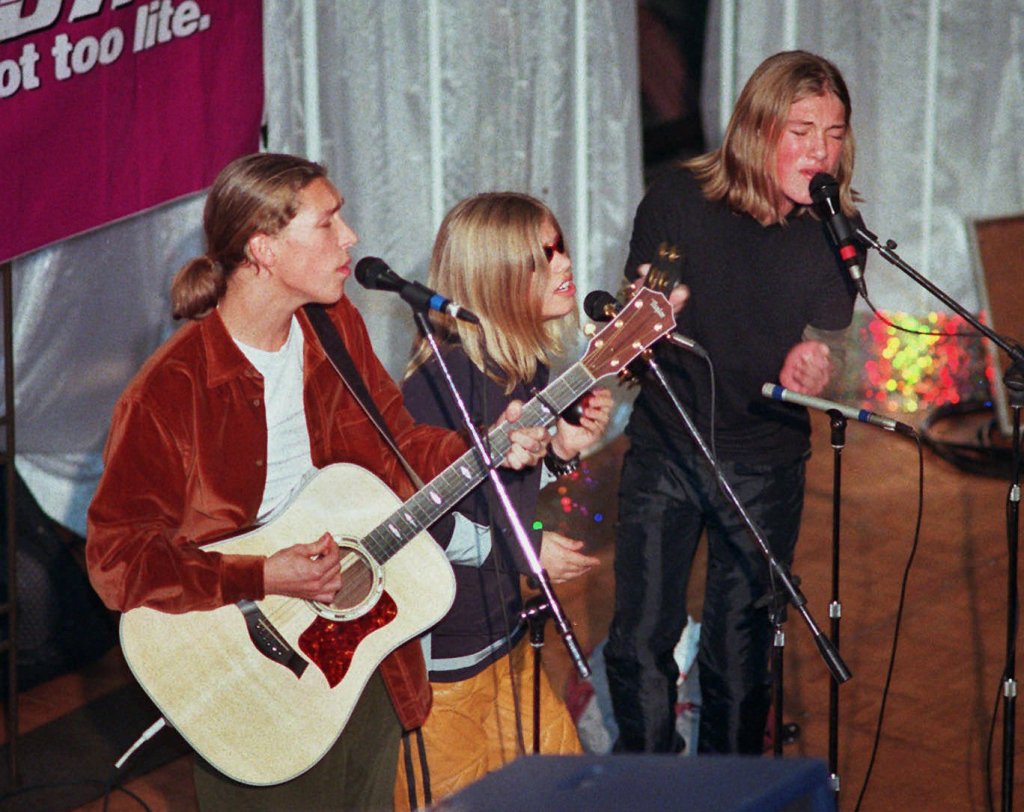 In celebration of the band’s 25th Anniversary, HANSON is releasing “Middle Of Everywhere – The Greatest Hits,” their first comprehensive career-spanning collection. The album includes hit singles spanning the last two decades, including “Mmmbop,” “Where’s The Love,” “This Time Around,” “If Only” and “Penny and Me.” The album also includes a brand new single, titled “I Was Born.”

Middle of Everywhere: The Greatest Hits

The album spans two discs and 26 songs in total. To mark the album release and the anniversary, the band has embarked on a Middle Of Everywhere 25th Anniversary World Tour. The extensive world tour has seen the band performing to sold out crowds in Europe, Australia, New Zealand and Latin America, and begins its North American leg this month.

“It’s incredible to be able to reflect on 25 years of making music together, and even more amazing to have been able make such a strong connection with music fans around the world,” said keyboardist Taylor Hanson.

Adds guitarist Isaac Hanson, “The response to the tour so far has blown us away. Releasing the album and kicking off the US tour in the same week is very exciting.”

Besides HANSON’s 25th anniversary, 2017 is also the 20th anniversary of their debut release, “Middle Of Nowhere,” a huge album that was propelled by the memorable lead single “Mmmbop,” which introduced the group to the world.

The brothers have now found a comfortable place in pop music, away from the heyday of the 90s. In 2003, the group founded their own independent label, called 3CG Records, ushering in a new era for the band. In 2013, the group diversified its brand with the founding of their Hanson Brothers Beer Company. Their signature beer: “Mmmhops.”