It’s no small irony that despite the fact that we’re living in the era of “peak TV,” so many shows aren’t actually on broadcast television. Rather, many of the most talked-about shows are found on streaming services like Hulu and Netflix, and even traditional networks like CBS are getting in on the streaming game. The point is; from gaming to streaming to casting from your computer, there’s a whole lot of stuff we do with our TVs that has nothing to do with terrestrial television. That’s why it’s odd that most TVs are sold with only a couple HDMI ports.

While smart TVs make it easy to stream online content without the need for HDMI, there are still a lot of things HDMI is good for. If you have a Blu-Ray or DVD player, a gaming console, a streaming stick, speakers, or all of the above, you’ll quickly find that the standard supply of HDMI ports isn’t enough. That’s why an HDMI switch is handy. It allows you to plug in multiple HDMI devices, and easily toggle between them. Best of all, the technology isn’t expensive. Read on for our picks for good HDMI switches for your TV.

If you sprung for a 4K TV, you want to make sure you can actually enjoy it. This HDMI switch has three inputs and supports 4K quality. Plus, if there is only one active input, the HDMI switch will automatically select that one. There’s also an included remote to easily choose which device you want.

Pros: Only option with a remote, supports 4K, easy to set up and use. 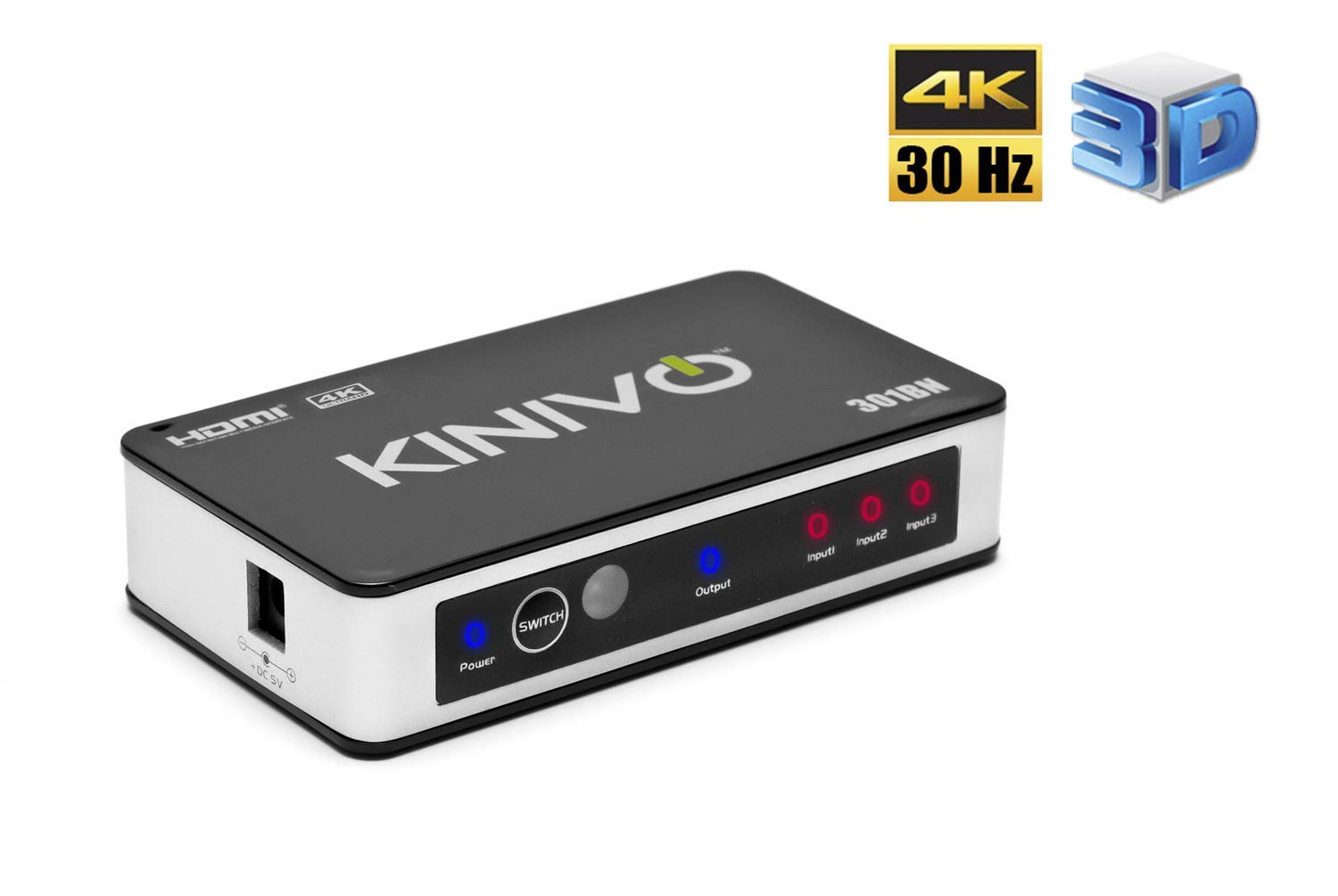 This HDMI switch supports 4K and can connect to up to two devices. The simple design features one button for switching between inputs. It’s the most compact device on this list, so it’ll help reduce clutter.

Cons: Only two inputs. Power is derived from the devices it’s connected to, which reduces the number of cords but may mean multiple devices have to be turned on at the same time to give the unit enough power. 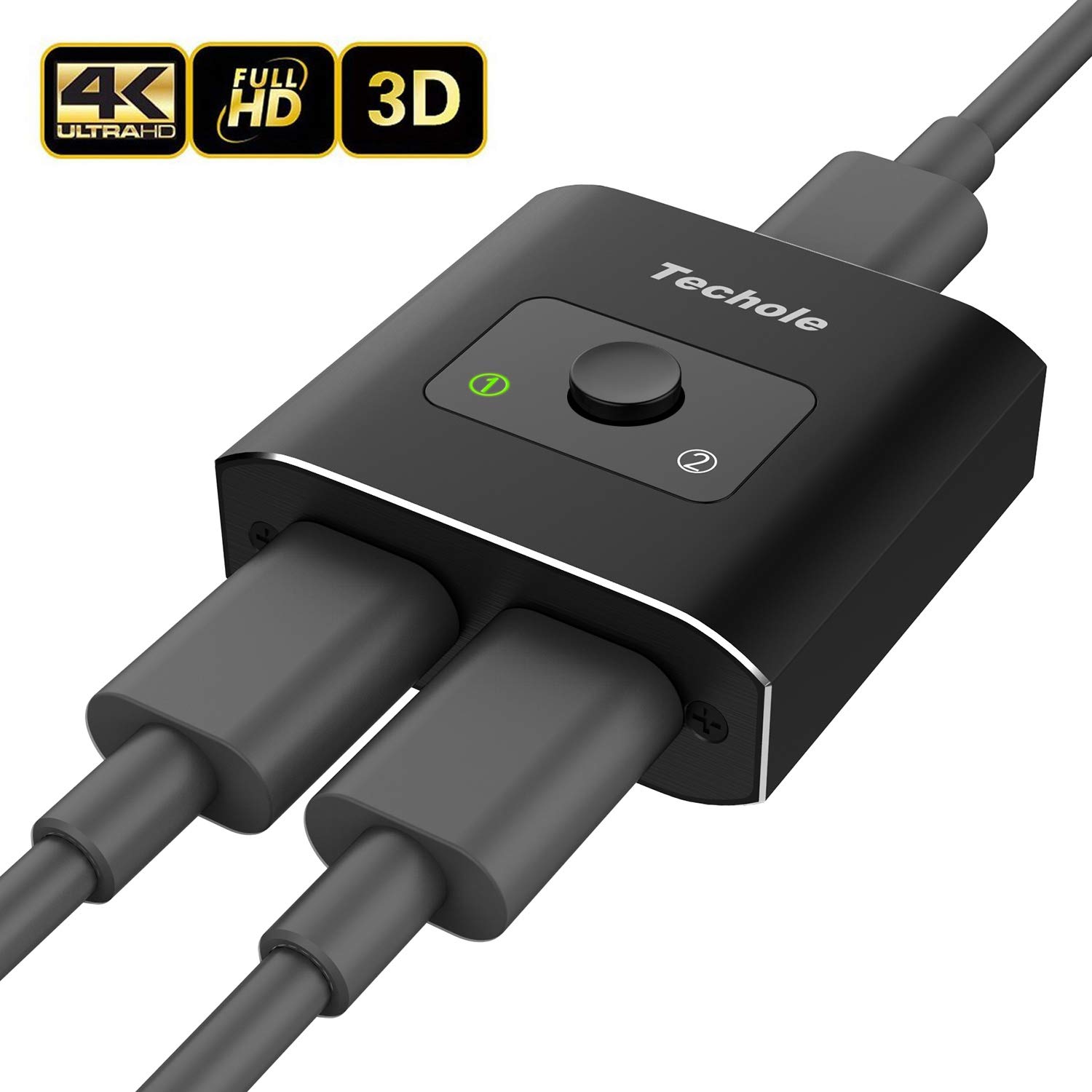 This 4K switch has a manual button for switching between up to three inputs. It’s light and compact enough that it can be attached to the back of the TV with velcro if desired, for better cable management.

Cons: Like the Techole option, power is derived from the devices it’s connected to, which may present the same problems. 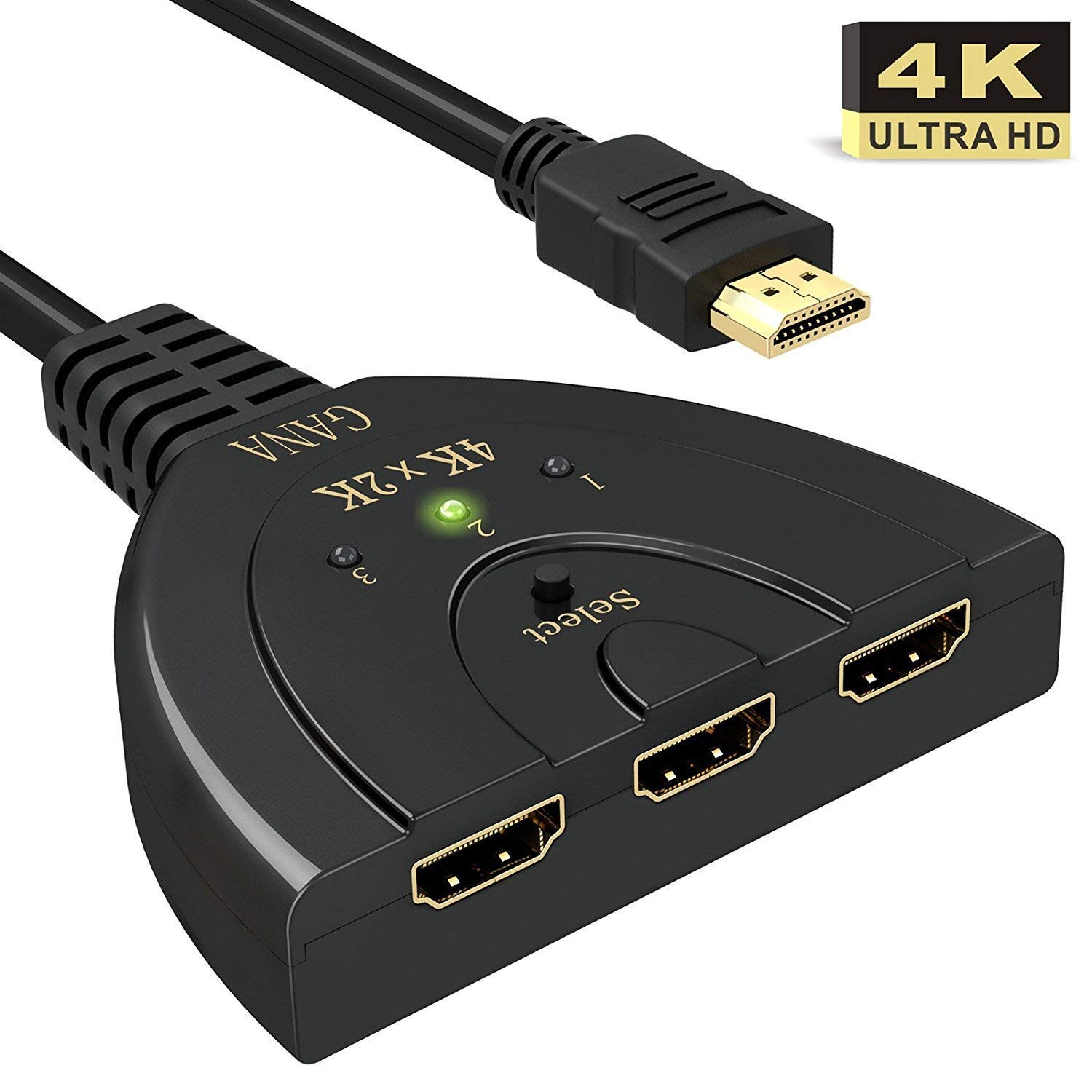