* Keep an eye on the house with one of these discreet spy cams
* Common objects that no one will think are really cameras
* Prices ranging from $19.99 – $89.99

In the age of the viral video, you’re not fooling anyone when you discreetly aim your camera to catch them in some clandestine act. Whether your looking to protect your home, working as a journalist, or amateur sleuthing, you’ll find use for these cleverly disguised spy cameras.

This motion-activated camera is built right into an alarm clock. The hidden camera features a 12 hour battery and HD video resolution. It can also record sound, and everything can be controlled with the included remote control. And yes, the spy camera actually functions as an alarm clock too. 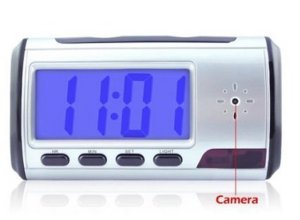 It may look like your ordinary wall jack, but this USB adaptor is really a motion activated nanny cam. It records HD video directly to a micro SD card that’s hidden within the device. Use it to keep tabs on your kids and the babysitter, or to just see what the heck your pets are up to when you’re gone (the wall sockets on your wall are especially good for seeing at pet level). 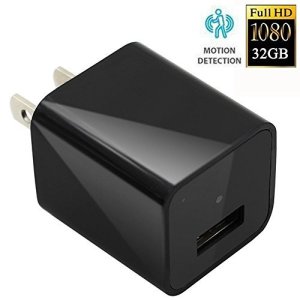 A built-in pinhole lens makes it tough to find this hidden camera, while the 6000mAH battery gives you up to 15 hours of continuous loop recording. Plus the G-sensor automatically flips the video according to current position–the video will always be in right direction. 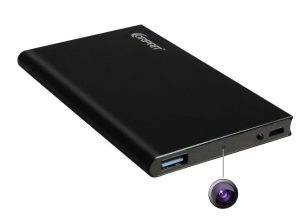 You might look nerdy carrying a huge trapper keeper, but you’ll keep the upper hand thanks to this binder’s built-in night vision camera. It can record up to 30 hours in daylight and 10 hours in night vision. The motion detector can be left on standby for up to two years and still kick on when needed. 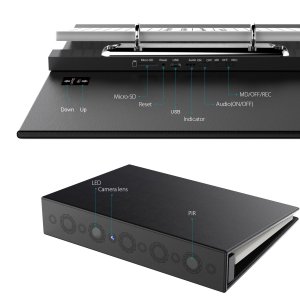