When Garrett West went to Coachella this year, he made sure to pack the essentials: sunscreen, a fanny pack and a mini gimbal for his phone.

For West, an aspiring rapper and songwriter from Los Angeles who’s been to the festival eight times, Coachella has not only become a place to check out new music, but also a place to capture memories — both literally and figuratively.

“Most people record clips from shows to capture the feeling the music is giving them, so they can watch later and hopefully re-experience a timeless moment,” West explains. “I’ve been inspired by a ton of artists and their performances too,” he shares, “and it’s been helpful to have clips to look back on as I try to grow my own career as well.”

West says he primarily records photos and videos on his iPhone, using an app like Hyperlapse (“I always tell people looking to take a good video to either get right up front, or find the sound engineer booth, a handicap section, or a speaker – basically any structure in the crowd that will provide a little clearance for you to breathe and capture some good footage,” he says). But for taking in bigger productions (say, an outdoor rave at EDC) or for creating content for social media, West says it’s worth spending money on a Steadicam attachment for your phone. “There are plenty of good ones on the market,” he offers.

And while West says it’s cool to snap a pic or capture a clip when inspiration strikes, he recommends putting your devices away for at least part of the show too. “I feel that the more time spent recording the music, the more you’ll be hindered from actually enjoying it in the present and making real memories of the show,” he says. “At the end of the day, it’s all about a good balance of creating personal keepsakes for later and having a good time when it’s happening.”

If you’re headed to a festival this summer, streaming a concert to your social channels, or want to capture footage from your favorite artist’s next show, here are three easy devices that deliver professional-looking footage in easy, portable packages.

The Osmo Mobile 2 Gimbal helps steady your phone so you can record on the go. Made from a super lightweight (but durable) composite material, the gimbal clamps onto your phone for a stable and secure grip, letting you control the action from the comfortable handle and the responsive, built-in buttons.

What we like: the Osmo features “ActiveTrack” technology, which hones in on your subject (say, the lead singer on stage) and tracks his or her movement without losing focus. A single charge also gets you up to 15 hours of battery life, great for streaming a concert while charging your phone at the same time.

The gimbal extends up to 12 inches but folds down around the size of a water bottle for portability. 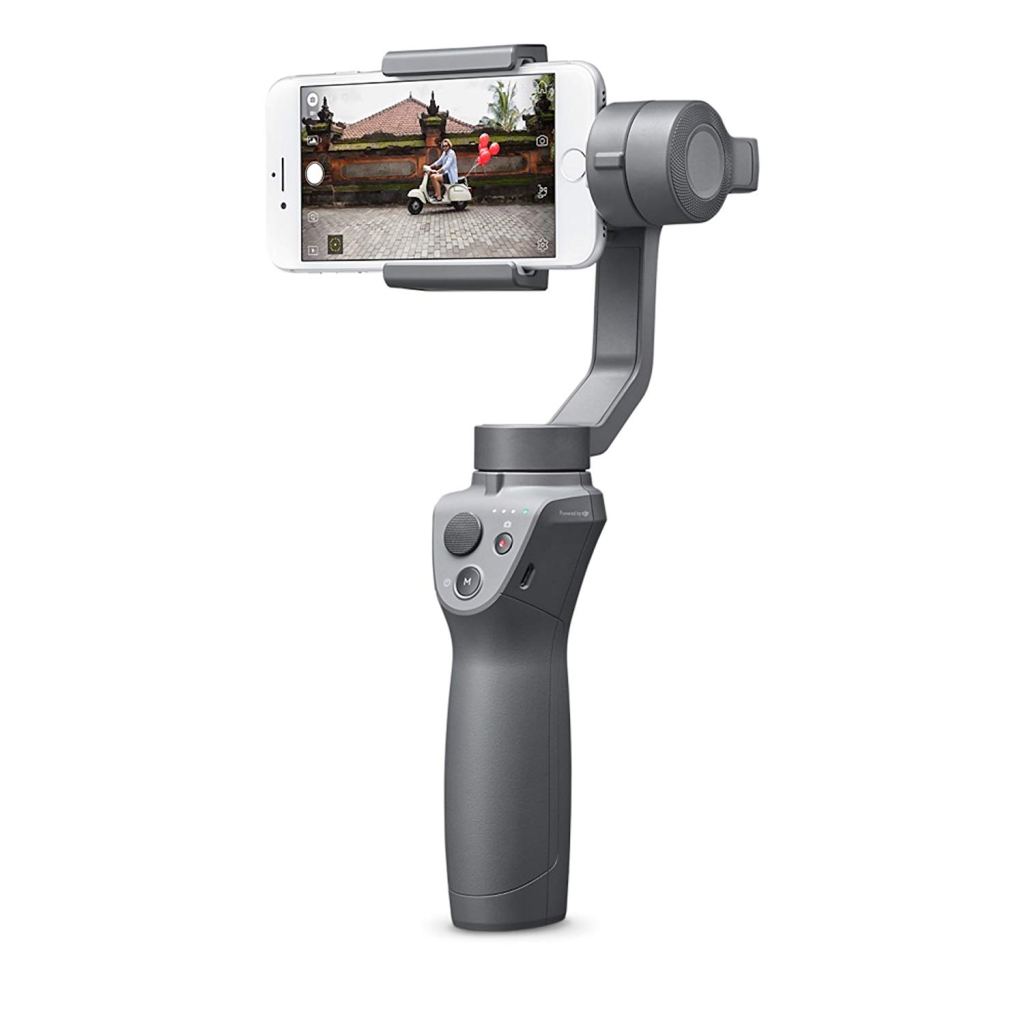 A “Last Gadget Standing Winner” from this year’s Consumers Electronics Show, the Shure MV88+ is a portable audio and video recording kit that uses your phone as a hub for shooting and editing.

This set includes a tripod, phone clamp and mount, along with a condenser microphone, designed to pick up more accurate sound while minimizing interference and distortion. Shure, an audio brand known for their microphone technology, says the mic will provide more open and natural sound. At the very least, it’s a huge step up from trying to capture sound on your phone. We like it for field interviews, travel, vlogging and creating content for social media, too.

Connect it to your device using the included USB-C cables and download the ShurePlus MOTIV app to start editing your stories right on your phone. Users say the app is super intuitive and they also like that you can switch between the five pre-set recording modes (Speech, Singing, Flat, Acoustic Instrument, Loud) to get the best results from your mic.

While the MV88+ rolls up neatly into a carrying case (and measures just 7.5 x 4.4), you won’t exactly be inconspicuous at the show with this set-up. Still, for all its features, and ability to give people semi-professional recording capabilities in a portable package, this is a value-packed set. 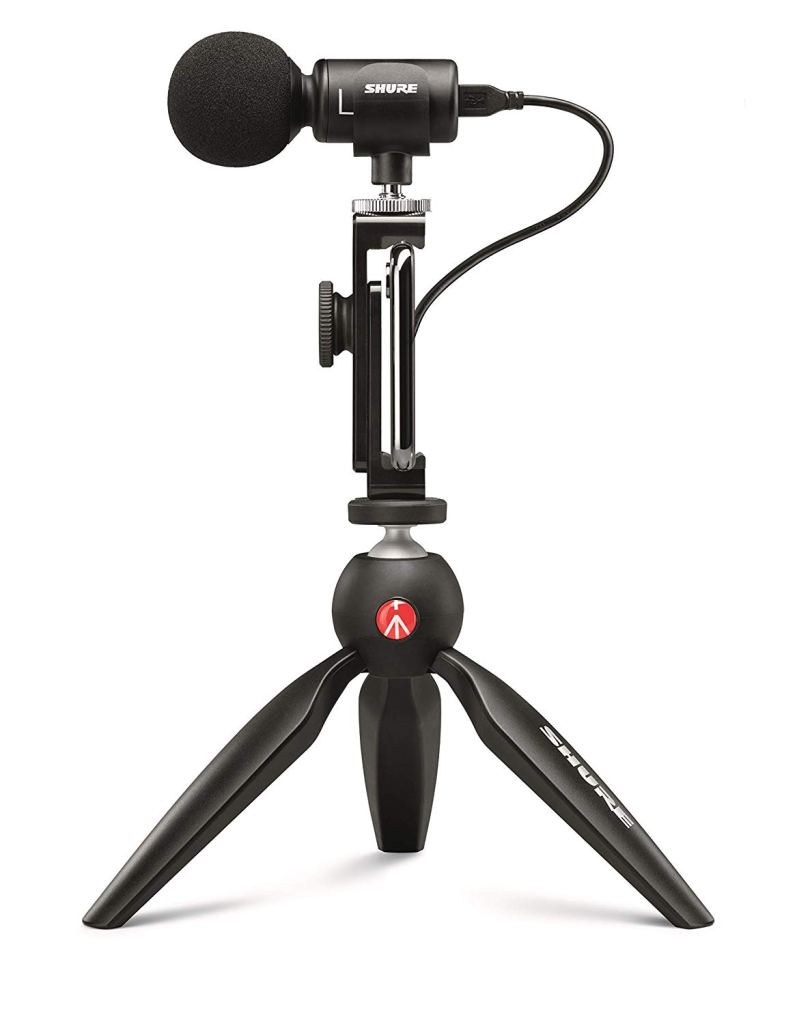 This is a mini camera designed for the social media set. The OPKIXOne Camera weighs just 11 grams, is smaller than a tube of lipstick, and gets you 15 minutes of recording time, for capturing unique POV action from your next concert or event. You don’t have to hold onto it either. Connect it to a wearable device, like a stylish ring, necklace or pair of sunglasses, for easy hands-free recording while you’re out and about.

Think of the OPKIXOne as an extension of your phone camera, delivering the same, crisp video (1080×1080 at 30fps) while freeing you up to actually enjoy the moment, instead of watching it through a screen.

The basic kit starts at just $295 and comes with the mini camera, and a white “egg,” which charges your camera while doubling as safe storage. Pair the camera with your phone and the OPKIX Studio app to your edit your footage and add filters, music, AR lenses and special effects. A single tap of the screen sends your new post to social media.

The OPKIX ONE is rated IP-67 for water and dust-resistance, and the camera’s durable shell is made from a premium composite of aerospace-grade aluminum, gold and sapphire glass. 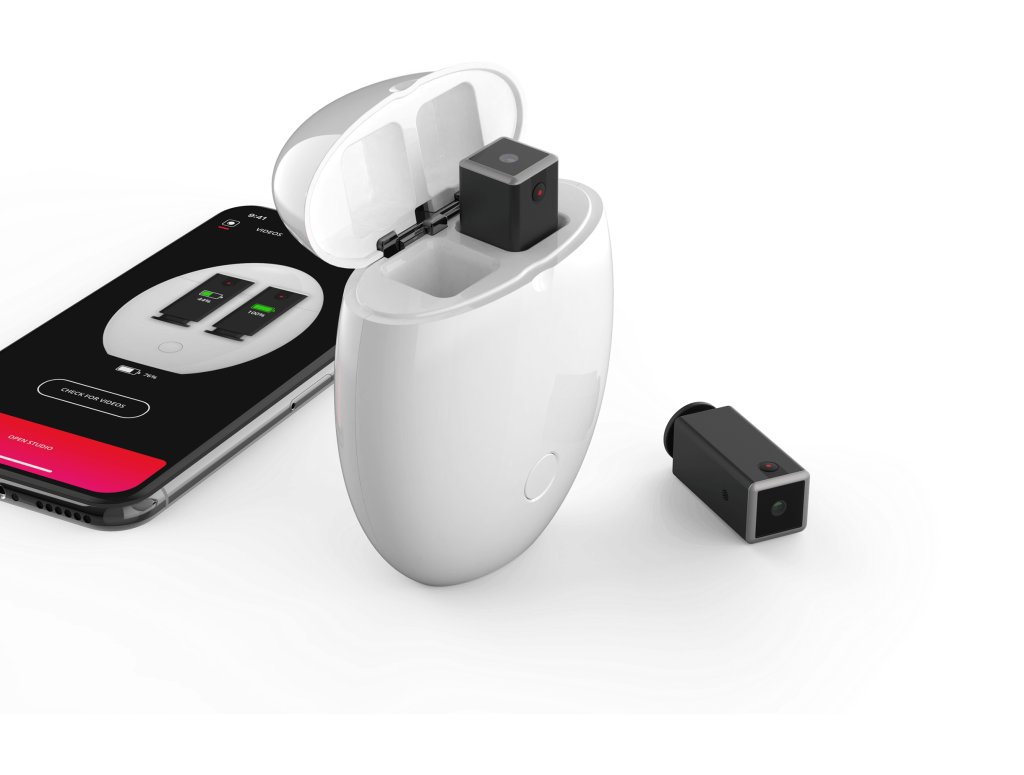 This article was republished with the permission of Rolling Stone. To read the original article, click here.