The Hypersonic 360 Wireless Headphones are a uniquely ambitious headphones/wireless charging combo. Hypersonic calls it “the ultimate 10-1 headphones solution.” Before we dive in, let’s quickly review the 10 features this headphone/charger combo offers:

Now that you’ve had the rundown, let’s dive into our review to see if these are really as impressive as a “10-1 solution.” 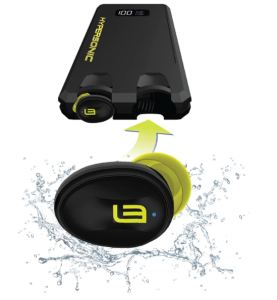 I like to think of this as a portable wireless charging bank that happens to have headphones. The charger is almost as long and heavy as my iPhone 12 but is about twice as thick. The headphone charging ports are located at the bottom of the device with the charging ports and power button on top. It also comes with metal plates to stick on your phone or phone case to magnetically keep your phone and the charger together (more on that later). 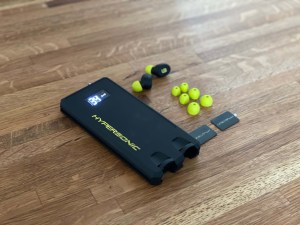 The earbuds don’t have stems, similar to Jabra 75t, and come with four different sets of tips.

Before we get to the headphones, let’s discuss the charging bank. I charged my iPhone 12 using the USB-C charging port and it went from 13% to 90% in about an hour. That’s impressive. The charging bank went from 100% to 47% in that charge. I know this because the handy and convenient display tells you how much battery life remains. So, it has close to two full iPhone charges in the bank and charges quickly via USB-C. All great. It did make some weird scratching noises when I charged my phone via USB-C, kind of like when you hear a computer’s hard drive booting up. It’s not loud or anything, but worth noting. It also takes roughly four and a half hours to fully charge the empty power bank. 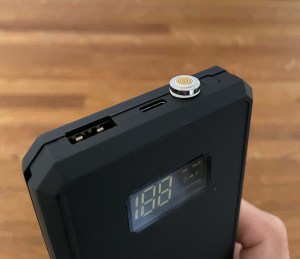 I experienced wireless charging that was also impressively fast. To have your phone magnetically connect to the charger you have to stick two small metal plates to the back of your phone or case and use the template to line it up correctly. I don’t like the idea of having to stick anything to my phone — I’m fine with using a cable to connect the bank when I’m traveling, instead of having two metal plates stuck to my phone or case. That said, for those interested, the magnetic connection is strong — you could toss both your phone and charger in your bag and the devices wouldn’t separate.

To charge the power bank you simply plug it into the bank, and it can break away and magnetically snap to the cable. I get the idea because it essentially saves your cable from becoming frayed as most charging cables break at the point of connection. But I found the magnetic connection wasn’t strong enough. It broke away too easily making it easy to disconnect and not charge your bank.

As I did with SPY’s review of the Mobvoi Earbuds, I’ll mostly be comparing these to my daily driver, my AirPods Pro. Overall, the sound quality is fine. The Hypersonic 360 Earphones aren’t as bassy, full or clear as my AirPods Pro, that being said, they don’t sound bad. There’s still enough bass to give music that bottom end, but they are brighter and thinner comparatively. 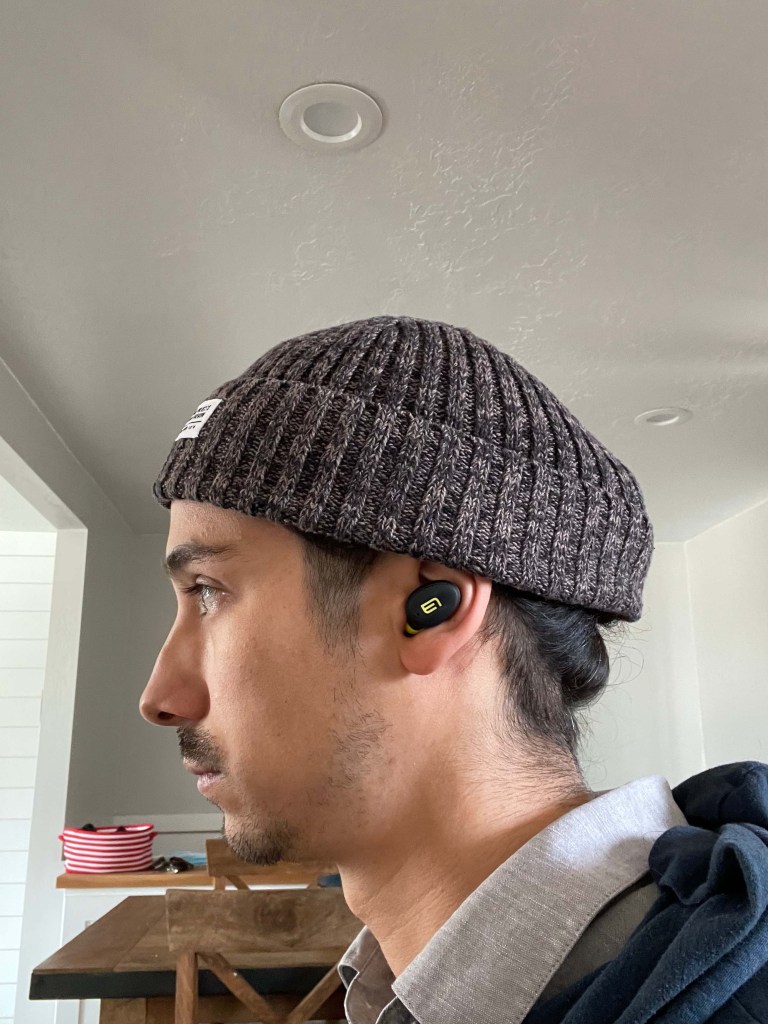 I have two overall complaints with the wireless earbuds. First, the way they are designed makes you want to push them in your ears. The problem is that pressing the middle of either bud pauses or plays whatever you’re listening to. So if you try to adjust them, or pull them out or push them back in, you will invariably pause/play/pause whatever it is you’re listening to, which can be kind of frustrating.

The other issue is there are a ton of voice prompts. I put them in and turned them on and this is what I hear every time, “Hypersonic Power On, Hypersonic left channel, Hypersonic right channel connected, Hypersonic pairing successful.” I’d rather it just beep or make a single tone to let me know the buds are paired.

I’m not sure about the 360 hours of playtime, but I do know that I used them essentially all day and didn’t need to recharge them. And with a power bank that holds that much juice, it doesn’t surprise me that you could get several days of listening time in before you needed to recharge the bank.

Our verdict depends on what you want; do you want a power bank or great-sounding headphones? I personally think this would be a great device to have for travel, but that being said, if I were to buy this device, I would buy it for the power bank, not so much for the headphones. As I mentioned earlier, I think of this device as a charging bank with headphones, not the other way around. The bank is convenient to have and charges devices quickly via USB-C and wireless charging.

I don’t like that the case requires metal plates to magnetically connect it to my phone, and I’d rather have a normal charging cable instead of one that snaps on magnetically. The headphones don’t sound as good as my AirPods and the lack of other headphones features (ANC for instance) doesn’t help to uproot them as my daily driver. But if I wanted to pack light for a trip, this would be an incredibly smart way to do so.

Not convinced the Hypersonic 10-in-1 Headphone solution is for you? Don’t worry, we have you covered. Here are a few more options you should consider.

For Apple users, the seamless connectivity between the AirPods Pro and other Apple devices such as your iPhone or MacBook makes them incredibly easy to use. They sound great and also have great features like ANC and Siri on-demand. 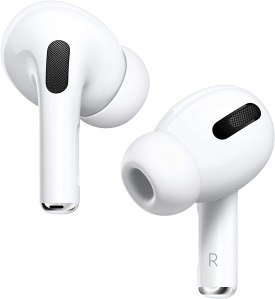 The 20,000mAh battery can charge an iPhone 11 up to four times before the Anker 325 needs to be recharged. And it’s compatible with iPhone 13 and the newest Samsung phones. 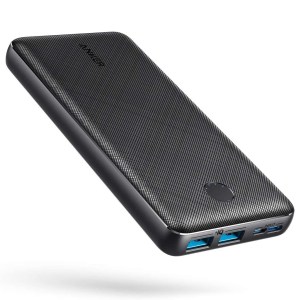 These headphones have a great sound profile, adjustable ANC and an impressively long battery life. You can even adjust the sound profile based on your preferences with the app. 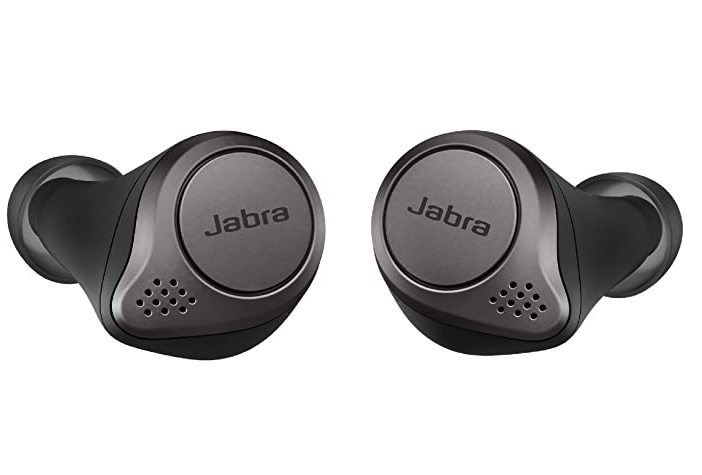 The best waterproof phone cases for every type of phone