Over the past couple of years, the wireless earbud market has leveled out and now there’s no shortage of quality options in the budget, mid-range and premium categories. While every company is working to distinguish their products from the competition, we’re close to the point where the majority of these offerings are ‘good enough.’

For Jabra, who have followed up their best-in-class Elite 75t earbuds with the Elite 85t, they’ve been tasked with the challenge of meaningfully improving a pair of wireless earbuds that come dangerously close to being flawless.

Of course, there will always be ways to improve on things like sound quality, noise-canceling, battery life, design and features which work in tandem with your phone. But when it came to an all-around package, Jabra really hit a sweet spot with the Elite 75t.

And so with the Elite 85t, Jabra aimed to make improvements in a few pointed areas. The biggest change is that there is now a dedicated chip for active noise canceling that is integrated into each earbud for more effective silencing of the outside world. That said, Jabra’s promised improvements have also been made to the audio components ( with a semi-open design that makes the sound airier), enhanced voice-call capabilities, charging and general fit.

Of course, compared to the Jabra Elite 75t, there are a few tradeoffs with the Elite 85t. For one, it has a slightly bigger, slightly heavier design, which doesn’t really affect all that much except that the earbuds are more noticeable when you’re wearing them. Second, they only have about six hours of battery life on a single charge, compared to 7.5 hours with the Elite 75t. This is something you might notice if you’re someone who often has earbuds in for extended periods, like during a plane flight. Third, the Elite 85t are now only carrying an IPX4 rating which means that there’s no promise they’ll survive exposure to dust, and can only withstand relatively light splashes of water. By comparison, the Elite 75t were built to withstand a little more abuse from dust and water with its IP55 rating.

So did these live up to the hype? Let’s take a closer look.

What We Liked About the Jabra Elite 85t Wireless Earbuds

The best part of the Jabra Elite 85t wireless earbuds is not a single feature so much as the way in which the complete array of features jell together to provide an ease of use that’s on par with the AirPods Pro.

From the moment you pull them out of the case, they connect to whatever device you have it paired with as quick as any pair of wireless earbuds I’ve used to date.

Connection quality has been rock solid, and I have yet to experience so much as a dropped signal while wearing these outside of the house. This could, in part, be due to the lack of people who are out and about, reducing the total number of devices that could cause interference. But either way, these earbuds have been reliable in this regard.

Removing one earbud to pause music, and putting it back in to resume playback is as smooth as what you’d get with AirPods, and there’s the added benefit of performing the same tricks on Android phones, which AirPods do not do.

Call quality is great, thanks to the addition of two more microphones, which brings the total to six. When walking around outside and wearing a face mask and a heavy scarf that was covering my mouth, people had no trouble understanding what I was saying. And thanks to the Sidetone feature that’s available on all Jabra earbuds, having your voice piped back through the Elite 85t doesn’t make you feel like you’re talking with your ears plugged. 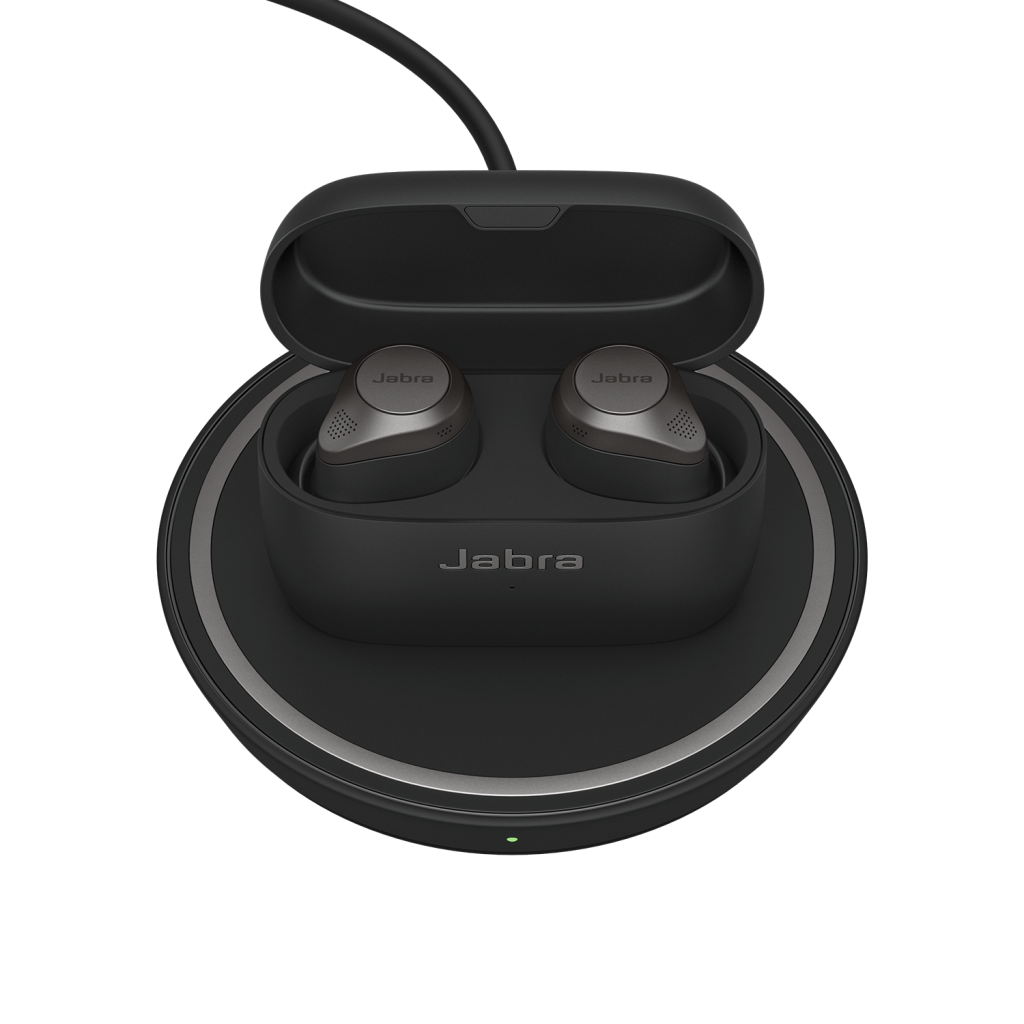 With the Elite 75t, the wireless charging case was only available if you purchased directly from Jabra, so it’s nice to see that a wireless charging case is the default with the Elite 85t. And charging these buds is as easy as standing the case up on a charging pad and leaving it to do its thing. Following a recent firmware update, you can charge this case to 100% in 3.5 hours and it will provide roughly 28 hours of playback.

And just like other Jabra Elite wireless earbuds, there’s a high level of customizability here. If you want a lot of bass, you can tune the earbuds to positively boom out low-end frequencies (and the 12mm drivers here are definitely capable of that). If you want a more balanced sound, you can push the mids and roll back the lows and highs. Whatever your preferences may be, you can get sweet-sounding audio out of these earbuds with nearly any genre of music.

But it goes beyond just tuning sound to your specifications. You can turn off autopause when you remove an earbud, you can reprogram the on-ear buttons to fit your personal habits. There are even widgets and lock screen notifications for iOS and Android, respectively, that let you switch between custom profiles (comprised of your EQ and noise-cancellation settings) with a single tap of an on-screen button.

What We Didn’t Like About the Jabra Elite 85t Earbuds

While offering multipoint Bluetooth so that two devices can be connected at the same time is a nice addition on paper, it’s a feature that can still use a little polish. If you’re listening to audio on one device and want to switch to the other device, you have to make sure you completely stop playing the first source in order for the second to play (otherwise it will just pause after a few seconds).

Normally, this would be a minor annoyance on its own that most people could live with. But there were times where I’d be listening to music on my phone, and accidentally adjust the volume on my computer, which stopped the music and prevented me from listening to anything until I disconnected one device entirely.

Someday our wireless audio equipment will be able to seamlessly handle multiple devices connected to it at the same time, but I’m not sure today is that day.

What About the Noise Canceling?

Sitting about five feet away from my TV speakers with Netflix blaring at a volume that was well above casual, the Jabra Elite 85t earbuds neutralized nearly all the outside audio aside from the loudest bits of dialogue. And this was without having the music playing in my earbuds at ear-splitting levels. And after testing the AirPods Pro under the same conditions, I came away feeling like the Elite 85t were ever-so-slightly better on the noise-canceling front.

Whether or not this is a must-have feature will depend on the individual needs of whoever is using these, but the noise-canceling more than works as Jabra promises.

The Final Verdict: Are the Jabra Elite 85t Worth Your Hard-Earned Cash?

On the whole, the Jabra Elite 85t are a very worthy successor to the Elite 75t, with audio quality and noise-canceling that are every bit as good as the best wireless earbuds. But when it comes to some of the more nuanced features, it will be up to you to decide if the Elite 85t are worth the premium price.

Are you prioritizing noise-cancellation as a feature, want the ability to easily customize the sound profile and noise-cancellation levels, or are willing to hold out hope that a firmware update can improve the multipoint Bluetooth functionality? Then the Elite 85t might be worth it over a pair of buds like the AirPods Pro or Elite 75t.

But if you’re interested in things like a less bulky design, 3D spatial audio, battery life that lasts longer than six hours or simply paying less money, you might be better served by one of the other picks on our list of the best wireless earbuds. 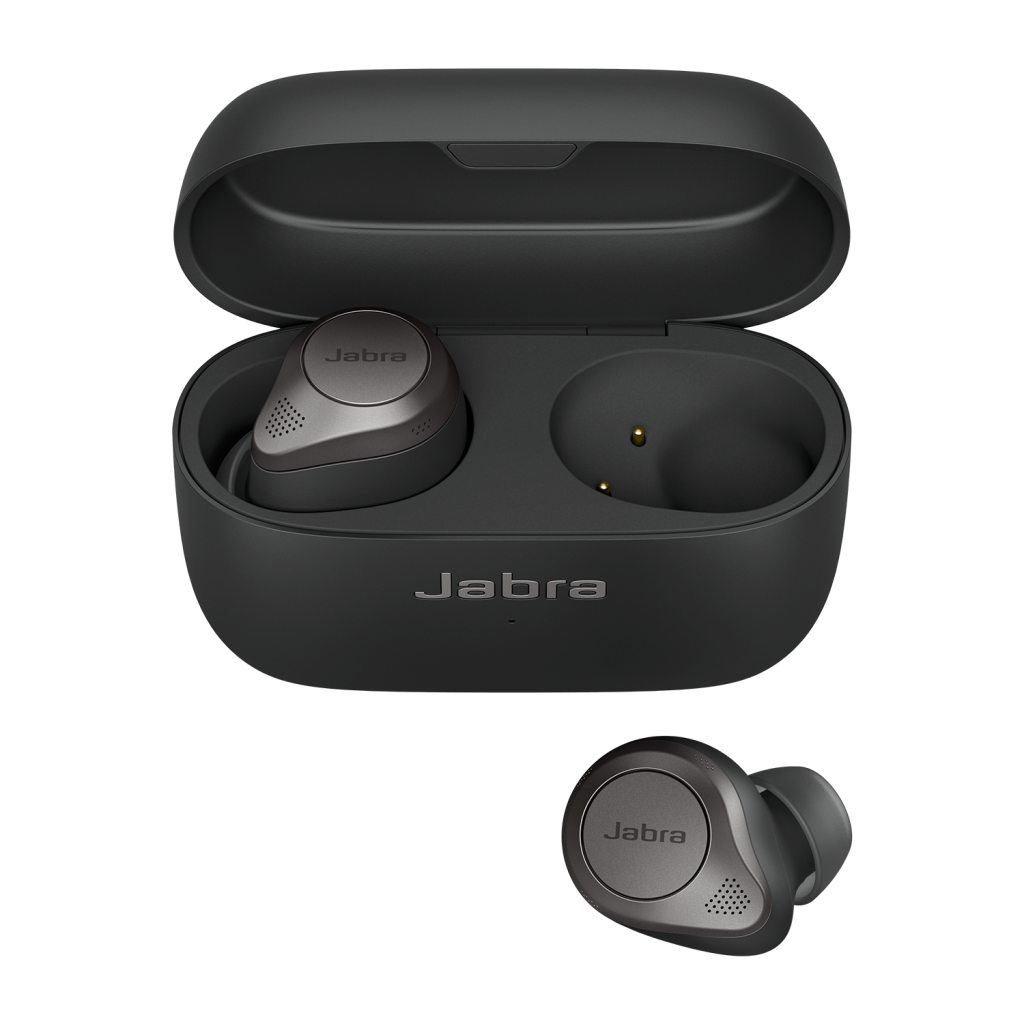 The Best Wireless Earbuds You Can Buy in 2021