Though they have to be the smallest consumer audio gadgets you can buy, the best wireless earbuds are far from the cheapest. Depending on your brand of choice, these Bluetooth gadgets can easily outpace over-ear headphones in cost.

While they might not be able to match the complete aural experience of big, ear-cup devices, earbuds remain more popular. You’re paying for the utility of being able to take your music anywhere with minimal hassle. As a result, for everyone from commuters to gym rats, AirPods and AirPods alternatives are becoming as essential an accessory as wallets and cellphones.

As earbuds become ever-present, manufacturers are packing more and more features into them. From longer battery life and onboard microphones to improved Bluetooth range and more efficient mini-audio drivers, earbuds are getting better and the market competition is getting stiffer. JBL is throwing a new player into the earbuds game with the Live 300 TWC, an affordable and feature-packed audio option.

Using a JBL 5.6 mm audio driver offering a frequency response of 20hz to 20kHz, the JBL Live 300 TWC will handle phone calls in stereo and function as a Google Assistant device.

What We Liked about the JBL Live 300 TWC Wireless Earbuds

Put very simply: Price. That’s not the most technologically advanced observation, but it’s the bottom line. In a lot of cases, buying good quality earbuds from big-name manufacturers like Jabra and Sony will run you $200 or more. JBL managed to pack all of the essential elements you need in wireless headphones into a product costing about $100, and these may just be the best wireless earbuds under $100 we’ve tested in 2020. Admittedly, the JBL Live 300 TWC might not pack the same overall sound quality as a $200 or $300 pair of noise-cancelling earbuds, but these units sound better than their price tag indicates.

We aren’t the only ones that like these earbuds, which earned the Amazon’s Choice award on an overall rating of 4.3 stars. These earbuds have been on the market for over a year at this point, which is one reason they’re so cheap. But for savvy shoppers looking for a great deal on wireless earbuds, there’s a lot to love here.

Let’s say you’re enjoying your favorite music, and a friend or family member wants to talk to you. You’re in that awkward moment when someone who presumably likes you wonders why you’re ignoring them because they can’t see that you’re wearing your new JBL earbuds. With headphones of the past, you’d have to pause your playback and remove your earbuds to converse — presumedly after apologizing for making the other folks repeat themselves.

Now, the JBL Live 300 TWC offers the TalkThru feature. A simple tap on the earpiece will allow ambient sound through, allowing you to converse and hear what’s happening around you. 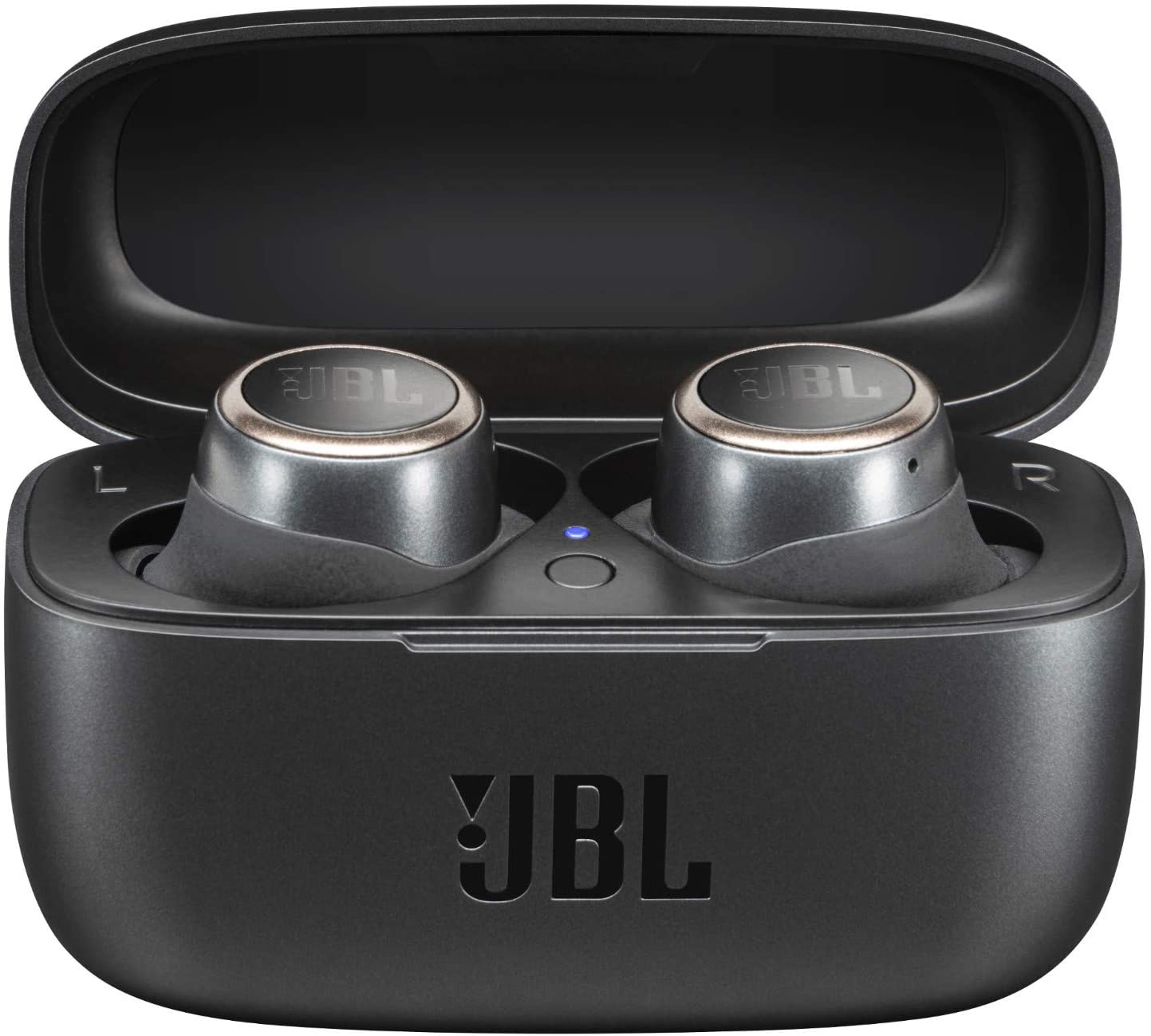 The spec data for the JBL Live 300 TWC indicates they offer six hours of playback on a single charge. Then, if you pop the earbuds back in their battery case, that’ll juice them up for a couple more full charges. That’s supposed to add up to a total of 20 hours of playback time before you have to recharge the case itself. Our test use indicates actual battery life doesn’t reach the 20-hour mark. Suffice to say, depending on what paces you put the JBL Live 300 TWC through between music playback or phone calls, we found the total playback closer to 15 hours.

The Verdict: Are the JBL LIVE 300 Earbuds Worth the Money?

Selling for about $99 via multiple outlets, the JBL Live 300 TWC wireless Bluetooth headphones pack plenty of features. There’s the decent-but-not-amazing battery life, solid build quality and convenience factors like phone call ability and the TalkThru feature. They also look to offer the audio performance of rival units costing twice as much. That sound quality is good, though hardly life-altering. A pair of $300, high-end units will beat these JBLs, but it’s fair to say there isn’t hundreds of dollars worth of difference in play. 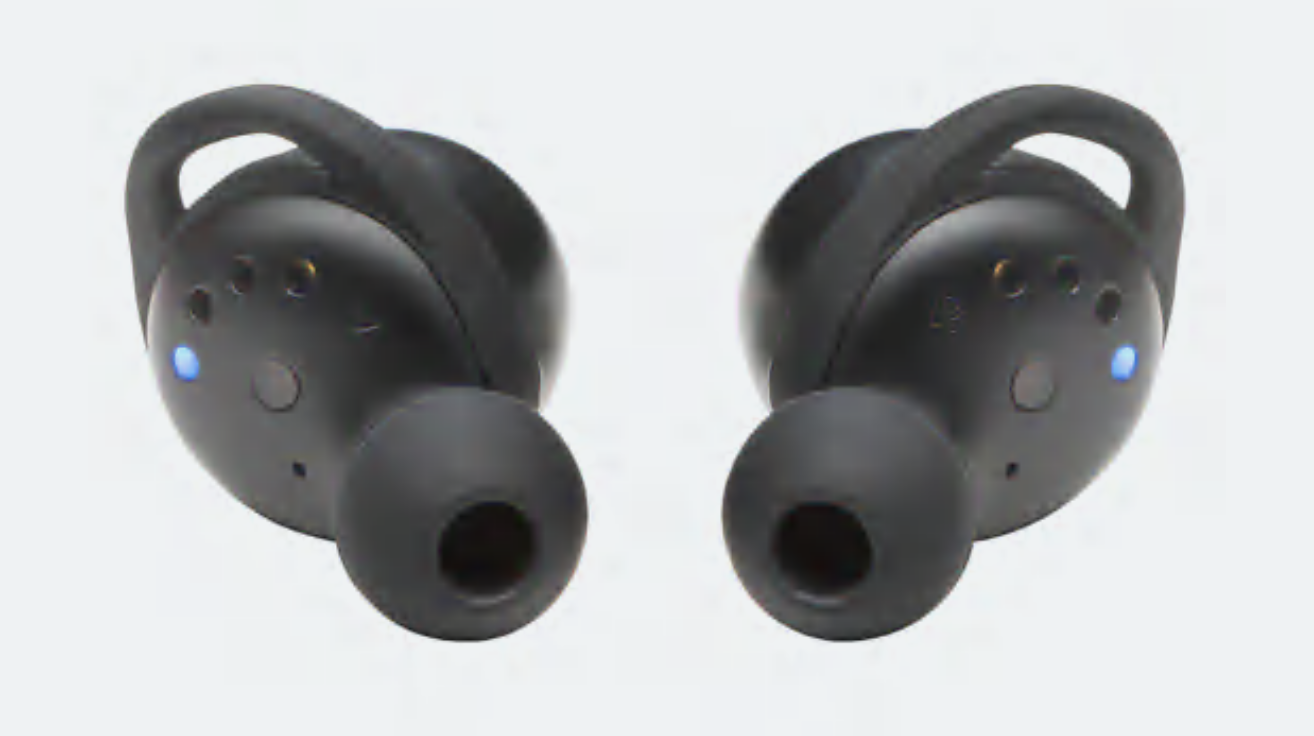