* Many consider J.R.R. Tolkien the forefather of fantasy writing
* Explore his works beyond The Hobbit and The Lord of the Rings
* His son edited previously unpublished manuscripts for public consumption

Few names are as synonymous with the fantasy genre as J.R.R. Tolkien. Born in England in 1892, Tolkien fought on the Western Front in WWI, an experience that would later inform his writing. Following the war, he worked at the Oxford English Dictionary offices, before entering academia. Always a writer and a storyteller, he would craft tales for his children, which later became the beginnings of The Hobbit. After The Hobbit’s success, he worked on The Silmarillion, which received a lukewarm response from his editor, and lead him to begin work on a sequel to The Hobbit which would turn into what many consider his greatest work, The Lord of the Rings. A forefather of fantasy, Tolkien’s works have been adapted into two film trilogies by Peter Jackson, and will soon be turned into an epic TV series by Amazon. Here, we count down his greatest works.

This extended poem takes place right before Bilbo Baggins makes his final journey from Middle Earth to the Undying Lands following the events of The Lord of the Rings. Published after Tolkien’s death, it’s rich in detail and lyricism. 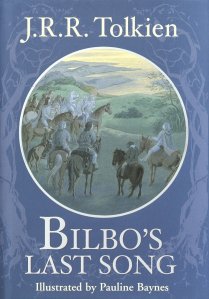 9. The Children of Hurin

Originally begun in 1910, but left uncompleted upon his death in 1973, the task of editing this book fell to his son, Christopher Tolkien, who assembled it into a consistent narrative for publication in 2007. The epic novel takes place in Middle Earth, and explores many consistent Tolkien themes, and is influenced by Finnish folklore, particularly the legend of Kullervo. It also includes 33 illustrations by Alan Lee. 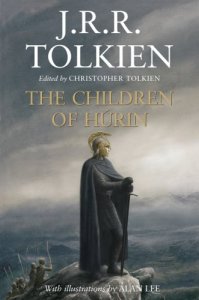 Image Courtesy of Houghton Mifflin Harcourt
Buy: The Children of Hurin $16.39
buy it

8. The Shaping of Middle-Earth: The Quenta, the Ambarkanta, and the Annals, Together With the Earliest ‘Silmarillion’ and the First Map (History of Middle-earth)

The fourth volume in Christopher Tolkien’s History of Middle-Earth series, this is a must-read for Tolkien fans as it contains the first collection of maps and diagrams that begin to explore the world that would become Middle Earth and the universe of Ea. It also contains the earliest renditions of the Annals of Valinor. 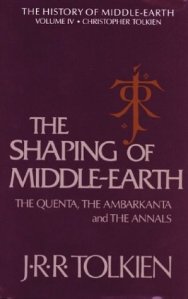 Image Courtesy of Houghton Mifflin Harcourt
Buy: The Shaping of Middle-Earth: The Quenta, the Ambarkanta, and the Annals, Together With the Earliest 'Silmarillion' and the First Map (History of Middle-earth)
buy it

7. The War of the Jewels

Part of a comprehensive effort by Christopher Tolkien to analyze his father’s unpublished manuscripts, this book represents the 11th volume in the History of Middle Earth series. It includes a variety of texts, including part of a Silmarillion draft, and explorations on the origins of the Ents. 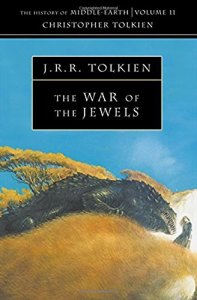 Image Courtesy of HarperCollins
Buy: The War of the Jewels $18.43
buy it

This is the 10th volume of Christopher’s series, and contains the first part of the Silmarillion manuscript, as well as The Annals of Aman, a piece Tolkien was working on following the completion of The Lord of the Rings, which explores further the origins of Middle Earth. 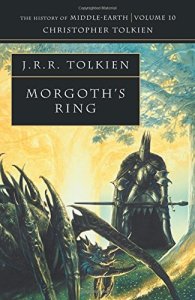 5. The Adventures of Tom Bombadil

Not quite a novel but just as rich in detail and scope, The Adventures of Tom Bombadil is a collection of poetry originally published in 1962. For devout fans, it contains certain information about Middle Earth that isn’t found anywhere else, as well as subtle links to Hobbit folklore. Critically acclaimed poet W.H Auden has said that The Sea Bell, contained in this collection, is Tolkien’s finest poem. 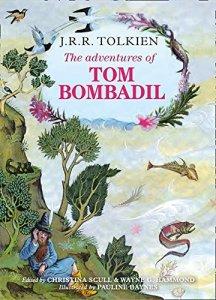 Image Courtesy of HarperCollins Publishers
Buy: The Adventures of Tom Bombadil $13.89
buy it

4. Unfinished Tales of Númenor and Middle-earth

Also edited by Christopher Tolkien, this complex collection of tales includes Gandalf’s cheeky narration on sending the Dwarves to Bag-End for festivities, the legend of Amroth, the military organization of the Riders of Rohan, and many more stories. Christopher also provides a detailed introduction. 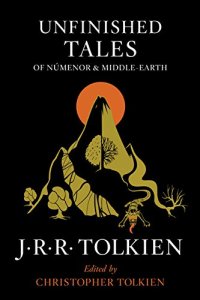 First published in 1977, and often seen as a companion The Lord of the Rings, Tolkien worked on this collection intermittently throughout his career. It not only explores Middle Earth, but the entire universe of Ea, including  Valinor, Beleriand and Númenor. Made up of five different parts, it’s best read after The Lord of the Rings and The Hobbit, and serves as a greater expansion into the world and characters you know and love. 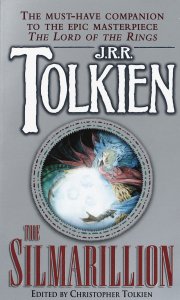 Image Courtesy of Del Rey
Buy: The Silmarillion $15.99
buy it

While The Lord of the Rings trilogy is often considered the greatest of Tolkien’s works, The Hobbit launched his career and received wide critical and commercial acclaim. Published in 1937, it was nominated for the Carnegie Medal, and continues to enchant audiences around the globe, with the story most recently adapted into a trilogy of films by Peter Jackson. It follows modest Hobbit Bilbo Baggins on an epic quest, that sees him facing off against Smaug the Dragon, and participating in the Battle of the Five Armies. Although initially written with a younger audience in mind, the book draws upon the author’s own traumatic experiences fighting in World War One. 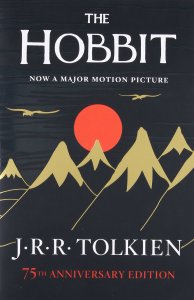 1. The Lord of the Rings: One Volume

One book to rule them all. An astounding achievement not only in fantasy but in literature, this cultural touchstone has sold over 150 million copies and been translated into multiple languages. It follows the quest of young Hobbit Frodo Baggins as he tries to destroy the Ruling Ring by casting it into the Cracks of Doom at Mordor, thereby disabling evil Sauron’s powers. Adapted into an award-winning film trilogy, it continues to influence popular culture even to this day, including games like Warcraft and EverQuest, and in 2003, it was named England’s best loved novel of all time by the BBC.

Image Courtesy of Houghton Mifflin Harcourt
Buy: The Lord of the Rings: One Volume $16.99
buy it

One Gift to Rule Them All: The 9 Best Gifts for Lord of the Rings Fans