We already know that Kanye West is a man of many words. And while the rapper and “free thinker” has graced us with now-classic albums like “The College Dropout”, “Late Registration” and “My Beautiful Dark Twisted Fantasy” , these days, his words seem to be more worrying, than inspiring.

In the past few weeks, Kanye has returned from a self-imposed Twitter exile with a vengeance, using the platform to spout about everything from “philosophy” to controversial political ramblings. He’s also openly defended and applauded Donald Trump, and, in an interview with TMZ, he made waves when he said that slavery was “a choice.” His appearance on Jimmy Kimmel Live further underscored his cloudy politics.

Is Kanye just stirring the pot to promote his albums? Or is he really that far removed from the everyday problems facing our country today?

Either way, we think this college dropout needs to get back into a classroom to learn a few things about the way this world works. And hey, maybe you’ll be inspired to pick up one of these books and we can all learn a thing or two as well. Here’s what we recommend adding to your reading list.

1. American Islamophobia: Understanding the Roots and Rise of Fear

Islamophobia is just one of the unfortunate trends in American culture that’s being normalized. According to an interview last week with the Breakfast Club on Power 105.1 FM, rapper T.I. claims that Kanye was “unaware” of the uproar caused by President Trump’s travel ban of immigrants and refugees from Muslim-majority countries, replying to T.I. with, “What’s the travel ban?”

I certainly hope this facetious response was a joke, but just in case it wasn’t (wouldn’t put it past Kanye), here’s a book that deconstructs how Islamophobia is trickling into our American psyche, and how we can band together to combat it. 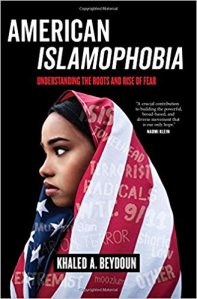 2. Harriet Tubman: The Moses of Her People

“When you hear about slavery for 400 years…for 400 years? That sounds like a choice.” Yeezy takes the ultimate L last week when he explicitly stated that slavery was a choice and likened himself to late American abolitionist and she-ro Harriet Tubman.

Let’s face it, Kanye West is no Harriet Tubman, and it’s painfully clear he has little historical understanding of Harriet Tubman and even less of her legacy. He later suggested that retired basketball star Michael Jordan be the next face of the $20 bill rather than Harriet Tubman so that we are not constantly “reminded” of slavery. #SideEye. Kanye, this book is a great place to deepen your historical understanding of this American heroine, who has inspired people across the country — and around the world. 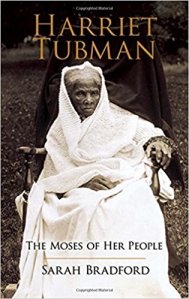 Harriet Tubman: The Moses of Her People

3. Another Kind of Madness: A Journey Through the Stigma and Hope of Mental Illness

“I want to change the stigma of crazy, of mental health – period.” Perhaps there’s one thing Kanye got right within the last few weeks: the de-stigmatization of mental illness. We hope that Kanye can use his celebrity to give a voice to those who feel that there’s no light at the end of the tunnel while battling mental illnesses. Perhaps this book can help Kanye help his fandom. Either way, it’s an inspiring read. 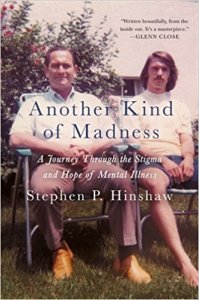 Another Kind of Madness

Solomon Northrup was born a free man in New York, and for all intents and purposes, Solomon lived as comfortable of an existence as an African American possibly could in pre-Civil War America. After being kidnapped and sold into slavery by conmen, he was sent to work on a plantation in Louisiana.

“12 Years a Slave” is Solomon’s story on his quest to fight for his freedom. But of course, according to Kanye, this whole ordeal could have simply been avoided if he just refused to be kidnapped and sold into slavery, right? We know Kanye is a self-described “non-reader,” so he’ll be happy to learn that he can easily purchase this movie staring such actors as Lupita Nyong’o and Brad Pitt. 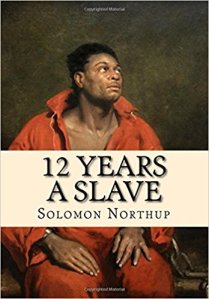 5. What You Should Know About Politics . . . But Don’t: A Nonpartisan Guide to the Issues That Matter

It’s no secret that Kanye lacks fundamental knowledge in American history, slavery, current events and even a basic grasp on American politics. I will concede that learning and understanding American politics is a daunting and never-ending process; it’s complicated and complex. But there are resources out there, and in the age of technology, no one should ever formulate an opinion not grounded in facts. Celebrities included. This book is great at breaking down the presidential election of 2016 and leads way to a contextual background on the present day political climate. 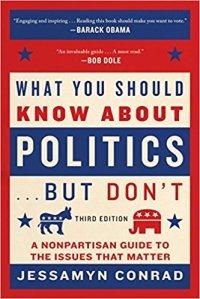 What You Should Know About Politics . . .

The 3 Best Books About Contemporary Race Relations in America