It’s the one sport that unites every country (well, except maybe America), and it only happens every four years. That’s right, the 2018 World Cup is officially underway.

With 32 teams all vying for the coveted title, it’s the single greatest sporting event in the world. Russia’s taking over hosting duties with 64 matches playing out between June 14 and July 15. After Brazil’s epic 7-1 loss at the 2014 Cup, it’ll be interesting to see whether Neymar and his team can right one of the biggest upsets in soccer history. (Germany, who defeated Brazil in the 2014 semifinals, went on to win the World Cup, with a 1-0 victory over Argentina).

If you’ve already cut the cable cord and are looking for ways to stream, here are our top picks.

The easiest way to stream online is through FOX and FOX Sports 1 (or FS1 for short). With easy-to-access streams broken down into eight different groups, you’ll have no problem watching all 64 matches.

Note that you’ll likely need a valid cable subscription to access FOX’s streams, though you can probably use your friend’s/dad’s/neighbor’s account if you buy them dinner. That said, there are other ways to watch FS1 without providing your cable info…

While Hulu itself offers various sports, the Live TV bundle gives you inside access to all the top networks and broadcasts, including FOX Sports and FS1. While the service is $39.99 a month, you can actually sign up for a one-week free trial to catch some of your favorite games without having to pay. Of course, with 50+ live channels available, you may seriously consider sticking with the paid version.

If you don’t want to go the Hulu route, you can also use DISH to stream every match live or automatically record them on your DVR for later. With instant access to FOX and FS1, you’re able to watch every match at your convenience without having to rearrange your schedule.

Don’t have DISH? No problem. FuboTV is also offering live streams via its service. In fact, FuboTV is currently offering a one-week free trial and offers more than 80 live sports streams after that for just $44.95 a month.

Fubo is a sports-centric Internet TV streaming service with the world’s most popular live sports and entertainment content. The service offers access to national and regional networks via your TV, tablets, mobile devices, and desktop computers. One feature we like: if you forgot to hit record or missed any action, you can replay nearly any game, show or movie that aired in the last three days. 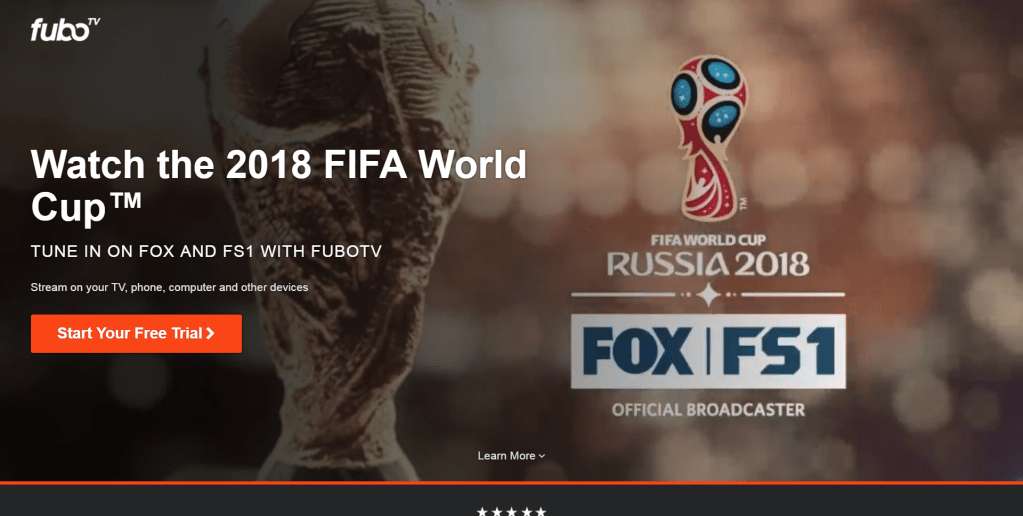 There’s also SlingTV, which offers FS1 streams and comes with its own free trial. After that, packages start at $20 monthly, which is a small price to pay for a ton of channels and movies.

When it comes down to it, all the options listed above are viable ways to streams. In fact, you can try them all in succession and jump from Hulu to FuboTV to SlingTV and enjoy three weeks of free, uninterrupted sports streams. Just remember to cancel your subscriptions before the trial is up. After all, you don’t want to be saddled with three extra monthly bills if you aren’t going to use them.

The Ultimate SPY Guide to Sports