* Madden NFL 18 for Xbox One is more than half-off at Target
* Heading to the Super Bowl once again, Patriots QB Tom Brady appears on the cover
* NFL 18 features enhanced storylines, multiple playing styles and live updates

Love him or hate him, Tom Brady is once again heading back to the Super Bowl.

The New England Patriots quarterback engineered his 54th career comeback win this weekend, leading the Pats to an assertive 24-20 victory over the Jacksonville Jaguars in the AFC Championship Game.

Now, Brady is ready to lead his team back to the Super Bowl for the eighth time in his career, as the Patriots look to tie the Pittsburgh Steelers with their sixth franchise Super Bowl win.

Whether you’re rooting for Brady (injured hand and all) or going for the underdog Eagles in the big game, there’s no denying the star quarterback’s impact on his city — and on football culture as a whole. It’s why Brady was chosen to be on the cover of EA’s “Madden NFL 18” video game this year. It’s not #12’s first time on a video game cover, but it is his first Madden cover. 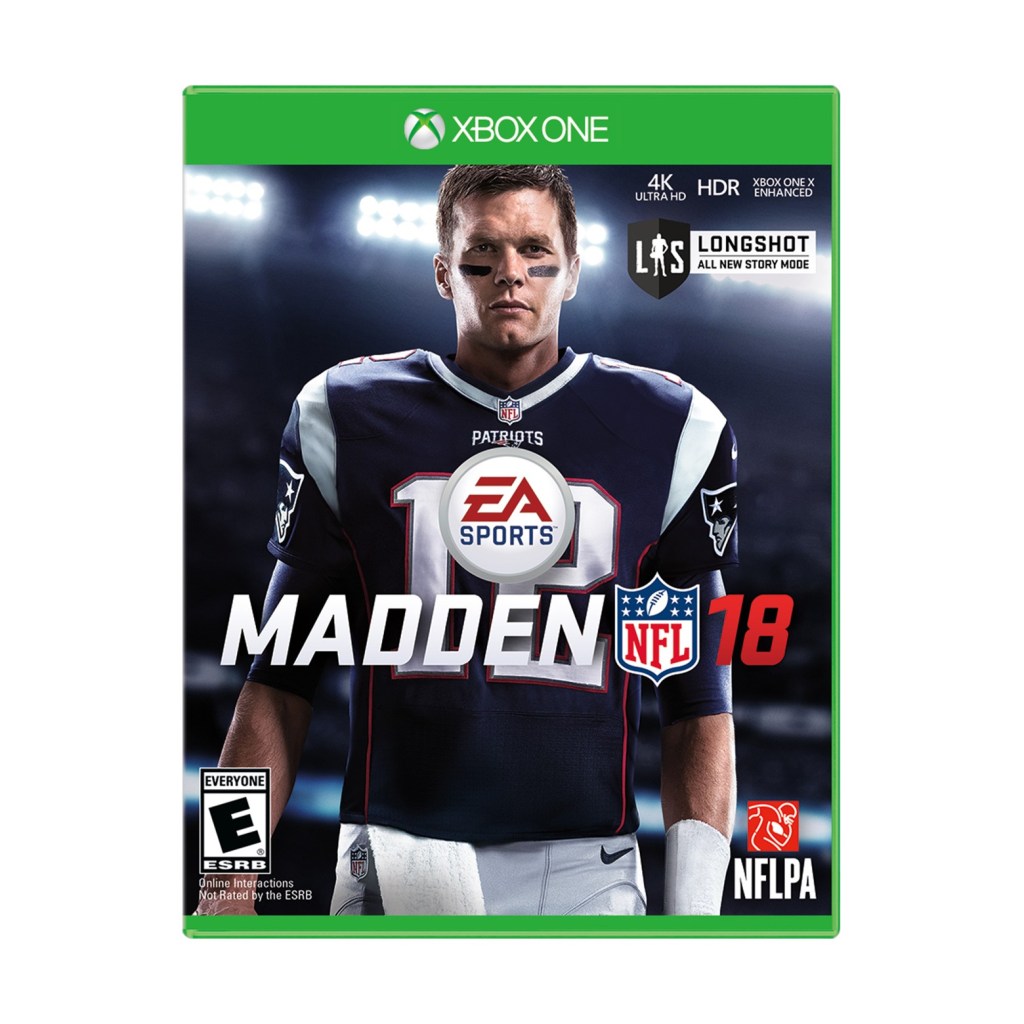 Just in time for Brady’s Super Bowl appearance, Target is offering Madden NFL 18 for half the price. Take 52% off the regular price of the game, and get it now for just $29.

Powered by the Frostbite engine, Madden NFL 18 offers stunning graphics, a ton of personal controls/preferences, live match-ups and the most photorealistic game to date. The new game also introduces “Longshot,” a football redemption story you can play. Your decisions lead forgotten prospect, Devin Wade on the pursuit to fulfill his NFL dream in the first-ever Madden story mode.

Team up and dominate the gridiron with your friends in MUT Squads and play each matchup to your liking with three new Play Styles: Arcade, Simulation, and Competitive. Get live updates containing the latest rosters, custom commentary and up-to-date stats from NFL.com then continue your season all the way to the Super Bowl from Play Now.

There’s no better way to prep for the big game. Current betting sites have oddsmakers placing the Patriots as 5.5-point favorites over the Eagles in the Super Bowl. In other words, if you’re a Brady hater, this might be your best — and only — chance to take him and the Pats down.