* Madonna’s albums ranked from least to most favorite
* Which album from the Queen of Pop is your favorite?
* Stream all of Madonna’s songs on Amazon

Whether you grew up worshiping Madonna or have a few favorites that you can’t get enough of, we can all agree the Queen of Pop is a musical force to be reckoned with. In 1978, Madonna moved to New York City from Michigan to pursue a career in dance. Years later (1983), she released her self-titled debut album (“Madonna“) and the rest, as they say, is history. We take a look at Madonna’s most memorable albums and rank them from worst to best.

SPY tip: you can download your favorite Madonna tracks for free right now with an Amazon Music Unlimited 30-Day Free Trial – sign up here to get in on the deal.

Madonna invites listeners into her sexual journey in her 1992 album, Erotica, which was released alongside her coffee-table book, appropriately titled, Sex. While negatively received at the time, some now consider it a key piece of post-feminist art. Madonna’s alter ego, Mistress Dita, takes you into a world of S&M and love that earned her a temporary nickname: “Queen of the obscene.” Erotica combines an edgy mix of house, techno and soul with hits tracks like “Fever,” “Deeper and Deeper,” “Rain,” “Bad Girl” and “In This Life.” The album landed at No. 2 on the Billboard 200. 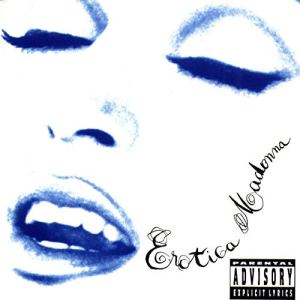 With the pop scene feeling over-saturated in the late ’90s, Madonna wanted something different, something with a more distinctive sound. With Music, she sampled everything from funk to country, creating what she called “futuristic folk.” Music became Madonna’s first album to top the Billboard 200 for the first time in 11 years thanks to the album’s playful lyrics and dance-friendly party anthems. 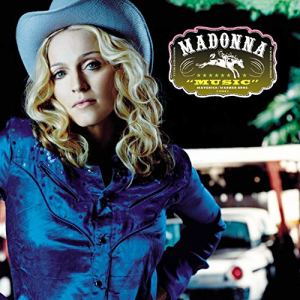 “Express yourself/Don’t repress yourself,”—a one-liner that echoes confidence and power in her compelling track, “Human Nature”. While not as hardcore as Erotica, Bedtime Stories still evokes unapologetic badassery even if it took a step away from explicit sexuality. Instead, it dove into honest, upbeat R&B meets Hip Hop-flavored tracks seen in “Secret”, “I’d Rather Be Your Lover” and the soulful “Take a Bow” featuring Babyface—which in my humble opinion, is one of the best pop ballads out there. 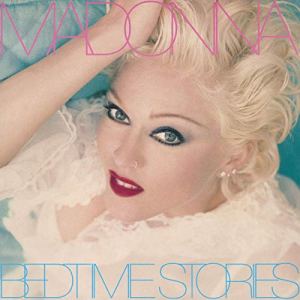 Madonna’s third album, True Blue, was dedicated to her then-husband Sean Penn (‘True Blue’ was her nickname for him). The 1986 album experimented with different genres including flamenco (“La Isla Bonita”), bass-driven pop (“Where’s the Party”, and the James Cagney tribute (“White Heat”). “True Blue” introduced a more adult Madonna that tackled more mature themes (including teen pregnancy) and gave her three No. 1s on the Hot 100: “Live to Tell”, “Papa Don’t Preach” and “Open Your Heart”. 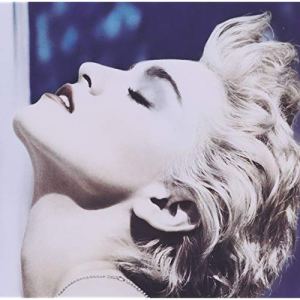 Confessions on a Dance Floor was a feel-good album that got people dancing no matter if it’s in their living room or at a night club. Madonna wanted to develop the album similar to a DJ set; she collaborated with producer Stuart Price to blend each track in sequential order, beginning with an upbeat, fast tempo and progressing towards more complex arrangements. The ABBA-sampling “Hung Up” topped charts worldwide, while other tracks like the Donna Summer-inspired “Future Lovers”, “Jump” and “Let It Will Be” are fan favorites that still delight and dazzle listeners to this day. 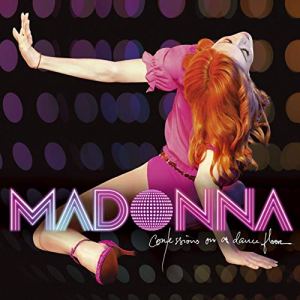 Confessions on a Dance Floor

Madonna wasn’t a household name until her legendary “Like a Virgin” performance at the 1984 VMAs, where she was complete in her iconic lace wedding dress, sparkly “boy toy” belt and memorable stage work. Her career-making performance stirred up chatter and controversy, but it also increased her fan base by the millions. Standout tracks on her first No. 1 album on the Billboard 200 include “Like a Virgin”, ‘Material Girl”, “Love Don’t Live Here Anymore” and “Dress You Up”. Suffice to say, Like a Virgin’s monumental success played a huge role in giving Madonna the confidence, freedom and resources she needed to evolve into one of music’s most dynamic and influential voices. 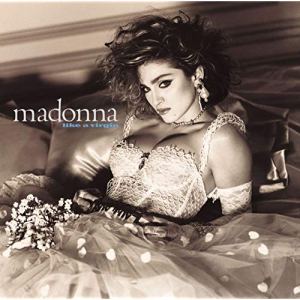 While not her most mature album, Madonna (originally released in 1983), is one of the most exciting debut albums in pop music history, and it shows — her voice, the lyrics and the overall musicality oozes joy, hunger, excitement and endless energy. Singles like “Burning Up” introduce Madonna as a formidable songwriter in the pop genre, and her lyrics tell the story of love and relationships without ruffling too many feathers. Her debut LP landed at No. 8 and was certified 5x platinum in the U.S. 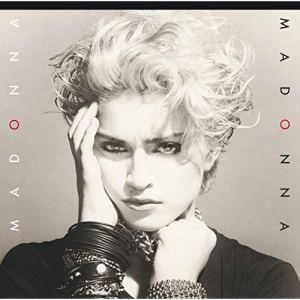 After becoming a mother for the first time and taking on her most serious dramatic role in Evita, Ray of Light gave listeners a similar maturation. It synthesizes ’90s techno and classic pop through a spiritual lens. From “Nothing Really Matters” to the hypnotic “Ray of Light” to the transcending “Frozen”, Madonna stays true to herself. From tracks 1 through 13, she radiates with confidence—as a vocalist and a songwriter. Boasting four Grammy Award wins, Ray of Light is a momentous symbol of Madonna’s most adventurous second chapter in her musical métier. 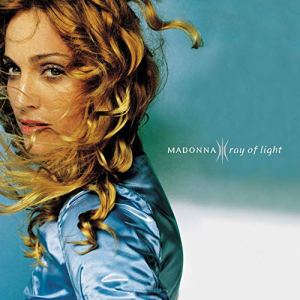 Name another pop album with a stronger three-song lineup then “Like a Prayer,” “Express Yourself,” and “Love Song” (featuring the late great, Prince). Like a Prayer is an album where Madonna challenges her audience to recognize her bold lyrics and adulthood while blessing us with some of the most euphoric anthems of our time.

It’s impossible to definitively say which album is Madonna’s best. I mean she’s a legend; a queen of pop. However, Like a Prayer proves to be her most daring, accomplished project to date. It’s a well-oiled machine that seamlessly fuses dance, pop and rock with complex emotional themes. And decades later, it continues to inspire artists and fans alike. 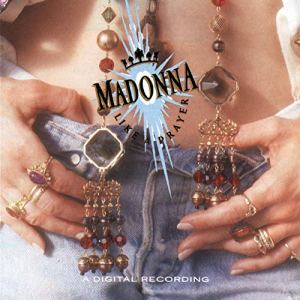