From the moment she landed on the big screen in 1964, played memorably by Julie Andrews, Mary Poppins has captured the hearts of millions. The Disney original became an instant classic, and is now being followed up by a long-awaited sequel, Mary Poppins Returns. Hitting screens December 19th, the sequel stars Emily Blunt as the titular character, with a star-studded supporting cast featuring Lin-Manuel Miranda, Colin Firth and Meryl Streep. It catches up with the Banks children twenty-five years later, now with kids of their own, who desperately need the touch of Mary Poppins and her very unique child-rearing techniques.

In preparation for the upcoming release, Disney has designed some creative, quirky merchandise that any fan will love. From a full tea set to her signature umbrella, there are plenty of Christmas present ideas to be found.

A spoonful of sugar helps the coffee (or tea) go down. Microwave and dishwasher safe, this ceramic mug will be put to immediate use serving winter-ready cocoa, right after a Mary Poppins Returns screening. 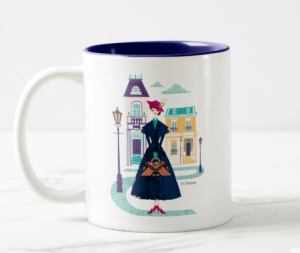 This standard deck of playing cards is given the Poppins treatment and covered with a colorful, symmetrical image of the classic Poppins silhouette holding onto — what else? — a kite. Choose between a variety of base colors, from blue to pink, and enjoy a classic card game with this deck made from casino-quality paper. 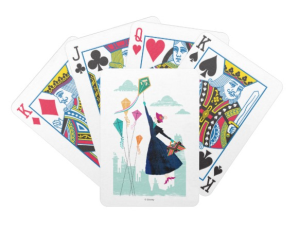 Leave someone a thoughtful note with this notecard set, which re-purposes classic artwork that’s curated from Disney’s archival sources. Available in a set of 20, they come decorated with such classic images as Mary and her umbrella flying over the London skyline and sidewalk chalk being marvelously brought to life. 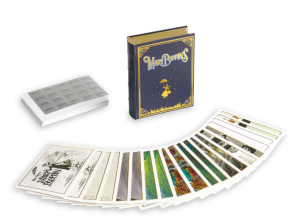 Warm up with a cup of tea this winter season, served in a charming Mary Poppins tea set, which includes a teapot, cups and saucers. It’s decorated with colorful graphics inspired by the new film, and includes the phrases ”Magic Fills the Air” and ”Practically Perfect in Every Way.” 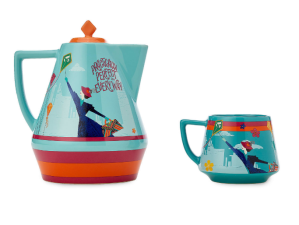 This limited edition ornament set features Mary herself, her friend Jack, plus four adorable penguins and a monkey. It makes a great Christmas present or stocking stuffer for someone who can’t wait for the new film. 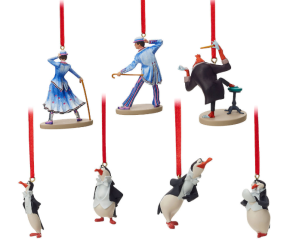 Perhaps the only thing as famous as Mary herself is her timeless (and magical) umbrella. Sadly, this one won’t make you fly, but it will protect you from harsh winter rain and snow, as you cling to its fashionable parrot handle. 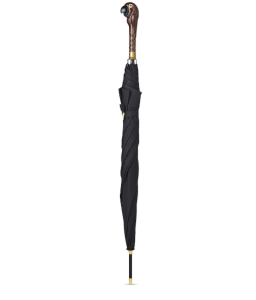 If you’ve been coveting Mary’s handbag, now’s your chance to purchase one of your own. Made by Belgian label Kipling, this floral patterned bag has adjustable, detachable shoulder straps and their signature monkey keychain. With three interior slip pockets and a zipped pocket, it may not be bottomless, but it will hold all your essentials. 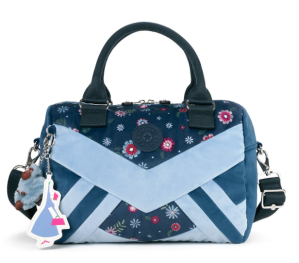