Eggnog, sugar cookies, festive decorations and of course, Christmas music. As the song goes, it’s the most wonderful time of the year. What better way to kick off the holidays than by buying or streaming some of the most best Christmas albums.

From soulful standards to velvety crooners to surf rock, we’ve rounded up some essential Christmas albums for your next holiday party. While many Christmas albums tend to feature covers of familiar standards, many of these albums feature original songs that have become Christmas classics in their own right, whether that’s Darlene Love’s “Christmas (Baby Please Come Home”, the Beach Boys’ “Little Saint Nick,” and of course, Mariah Carey’s “All I Want for Christmas is You.” Besides those radio-friendly staples, there are plenty of great, original holiday songs you might not have heard yet that are featured on the albums below.

These albums deserve a spot on your Christmas party streaming playlist, or you can buy them on vinyl or CD and enjoy them the old-school way. Of course, you don’t just have to listen to these albums in December — these albums will get you in the holiday spirit, even in the dead heat of summer.

Mariah Carey’s Merry Christmas tops our list because it not only is an incredible holidy album, there’s one particular song we think is kind of a big deal, and we think the world agrees. Since 1994, nothing says Christmas has arrived quite like the iconic opening bells of Mariah Carey’s worldwide hit “All I Want For Christmas Is You.”

Whether you’re at an office holiday party or a family get-together, chances are “All I Want For Christmas Is You” will be blasting in the background. It’s one of the songs that just gets better over time. It always gets you singing along, gets you off your seat, and definitely gets you in the Christmas spirit. And it’s no surprise it’s still one of the best-selling Christmas songs of all time. 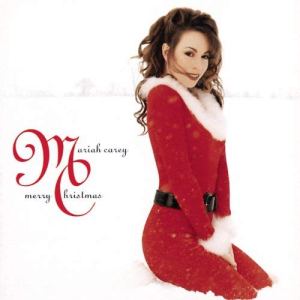 There are a lot of Christmas crooners, but it’s hard to deny the velvety voice of Johnny Mathis. Merry Christmas is a true classic, and it’s the perfect album choice for listening to during Christmas dinner. There are plenty of standards on this record, including “Winter Wonderland,” “White Christmas,” and “Silver Bells.” 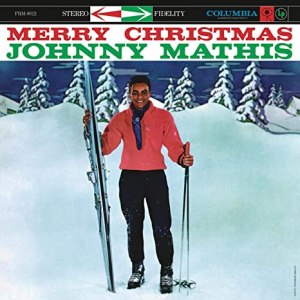 When you hear “Christmas Time Is Here” from the beloved Peanuts characters, it brings a warm nostalgic feeling of holiday magic. Charlie Brown and his friends and their music have been loved by fans young and old for decades. Songs like “Skating” and “Christmas is Coming” illustrates the cool, laid-back West Coast jazz that is brilliantly captured by the Vince Guaraldi Trio. 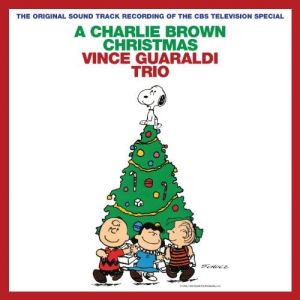 Bing Crosby’s 1942 interpretation of Irving Berlin’s “White Christmas” is not only an iconic holiday jingle, it’s also in the Guinness Book of World Records as the best-selling single of all time. Other classics like “I’ll Be Home for Christmas,” “Silver Bells,” and “God Rest Ye Merry Gentlemen” will have you reaching for that hot cocoa and ready to take on Christmas like a boss. 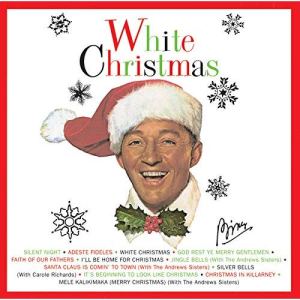 Prior to releasing her world-dominating hit album Golden Hour, country-crossover star Kacey Musgraves released A Very Kacey Christmas. It’s an album that mostly eschews the dour Christmas standards in favor of quirky choices like “I Want a Hippopotamus for Christmas,” “Mele Kalikimaka,” and “Feliz Navidad.” It’s also got some great originals, like “Ribbons and Bows,” which sounds like it could have been a single off Golden Hour if not for the explicitly Christmasy theme. Plus, Musgraves brings on fellow Texans Leon Bridges and country legend Willie Nelson for a couple of other originals. 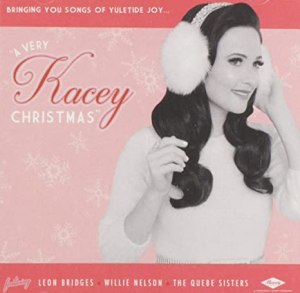 6. It’s A Holiday Soul Party by Sharon Jones and the Dap-Kings

Sharon Jones was one of the great modern soul singers, injecting a sense of joy and fun into her songs and helping to drive a soul revival in the 21st century. It’s A Holiday Soul Party kicks off with “8 Days (of Hanukkah),” making this the kind of holiday album that brings everyone to the table. There are a couple of traditional Christmas songs like “White Christmas” and “Silent Night,” but “It’s A Holiday Soul Party” is mostly filled with originals penned by different members of the band. 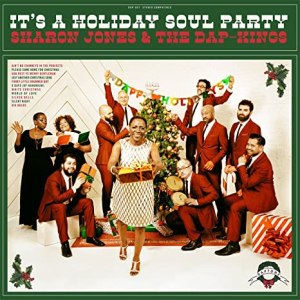 7. Wrapped In Red by Kelly Clarkson

Frankly, a lot of Christmas songs are downers, which is why it’s great that Kelly Clarkson brings a vital energy to Wrapped in Red. The album is a mix of originals and covers, including some familiar staples like “White Christmas” and “Baby It’s Cold Outside,” but there are quite a few standout original songs, like the title track and “Underneath the Tree.” 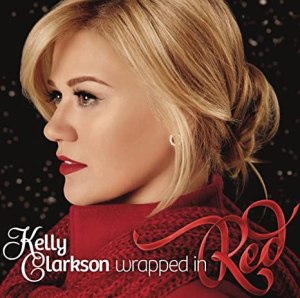 Wrapped in Red by Kelly Clarkson

8. A Christmas Gift for You from Phil Spector

This 1963 compilation features beloved girl groups like The Ronettes and The Crystals performing a variety of cheery tunes like “Frosty the Snowman,” “Santa Claus Is Coming to Town,” and “I Saw Mommy Kissing Santa Claus.” But the standout is undoubtedly Darlene Love’s original “Christmas (Baby Please Come Home),” which can go toe-to-toe with “All I Want for Christmas is You” for the title of greatest Christmas song of all time. 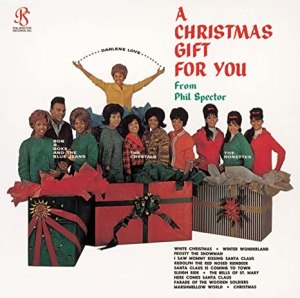 A Christmas Gift For You From Phil Spector

In the vinyl era, when listeners had to physically flip the record over, it was not uncommon to sequence albums as essentially two distinct halves. That’s how this album from the Beach Boys is organized — side A features original tracks penned by Brian Wilson, while side B features familiar favorites like “White Christmas,” “Blue Christmas,” and “Santa Claus Is Comin’ to Town.” As for the originals, “Little Saint Nick” serves as the album opener, and it’s a popular radio staple around the holidays. 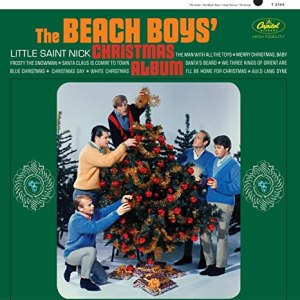 Soul Christmas was originally released by Atlantic Records in 1968, and it does pretty much what it says on the tin — it’s filled with Christmas tunes sung by soul legends including Otis Redding, Carla Thomas, and Solomon Burke, plus instrumentals from jazz artists like King Curtis. There are a handful of standards, but the album has great originals like Carla Thomas’ “Gee Whiz, It’s Christmas” and the raunchy “Back Door Santa.” Confusingly, there have been several versions of this record with slightly tweaked track listings, and this version includes a couple of later songs like “This Christmas” by Donny Hathaway and a track by Luther Vandross. 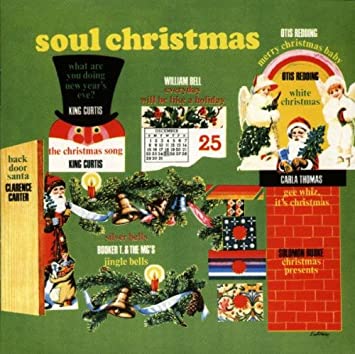 11. Everyday is Christmas by Sia

Even albums with a lot of original songs tend to throw in at least two standards or familiar covers. But Sia wouldn’t be the groundbreaking artist she is if she stuck with convention. Rather, Everyday is Christmas features entirely original compositions. It admittedly doesn’t feel as Christmasy as some of the other albums on this list, but more like Sia songs with a sprinkling of jingle bells here and there. Nonetheless, there are a couple of strong hits like “Snowman” and the somewhat ominously titles “Santa’s Coming for Us.” 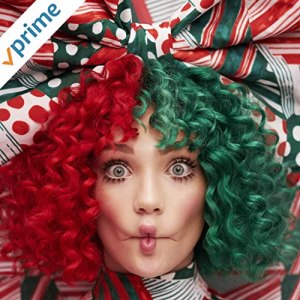 Everyday is Christmas by Sia

12. Ultimate Christmas Collection by the Jackson 5

Boasting plenty of funk and spot-on musicality, Ultimate Christmas Collection from the Jackson 5 re-imagines all your Christmas favorites with sophistication and style thanks to the feet-tapping remake of “Santa Claus Is Coming to Town.” The Jacksons add their own flair to classics like “Frosty the Snowman,” “Have Yourself A Merry Little Christmas,” and “Rudolph the Red-Nosed Reindeer”. You even get a special season’s greetings from the group to make your holidays extra memorable. 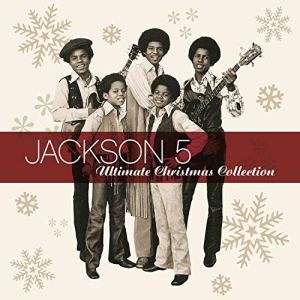 13. The Best of Boyz II Men: The Christmas Collection

Boyz II Men gives a soulful interpretation of Christmas hits you’ll gladly play over and over again, even months after the holidays are long gone. Michael, Nathan, Shawn, and Wayne offer a flawless semi-acapella version of “Silent Night” and re-imagined originals like “Joyous Song” that take you right back to the days of feel-good ’90s R&B. 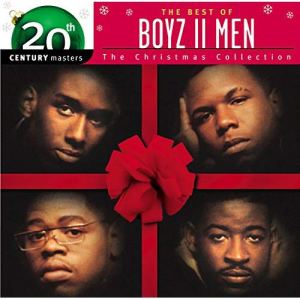 A pop-culture classic in its own right, the Home Alone soundtrack from John Williams features a carefree balance of fun, chaos, and warmth that comes with family, holiday travels, and unexpected adventures as captured in the film. Once the main title “Somewhere in My Memory” plays, you know the soundtrack will definitely bring back good memories. 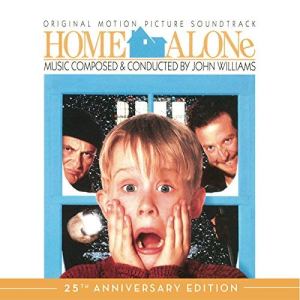 Buy Now on Amazon
Dork The Halls: 9 Geeky Ways To Decorate For The Holidays