If you’ve been paying attention to the latest flatscreen TVs over the past few years, then you’re likely familiar with all of the top innovations: OLED, 4K, HDR, Dolby Vision and Dolby Atmos, 120Hz mode… so on and so forth. And as impressive as these technologies are, they aren’t exactly new at this point. But in 2021, there’s a lot of hype and excitement surrounding a video technology that’s only starting to reach consumers for the first time, and it could have a major impact on the TV industry. That technology is called MicroLED.

Unlike 3DTVs or curved TVs, MicroLED isn’t just another gimmicky technology that will flame out after a few years. And unlike a technology such as quantum dot, this is more than just a “nice-to-have” feature. In fact, MicroLED has the potential to challenge OLED for the throne when it comes to the best display technology.

And after years of teasing the release of a consumer MicroLED TV, Samsung is finally promising not one, not two, but three MicroLED TVs in 2021. 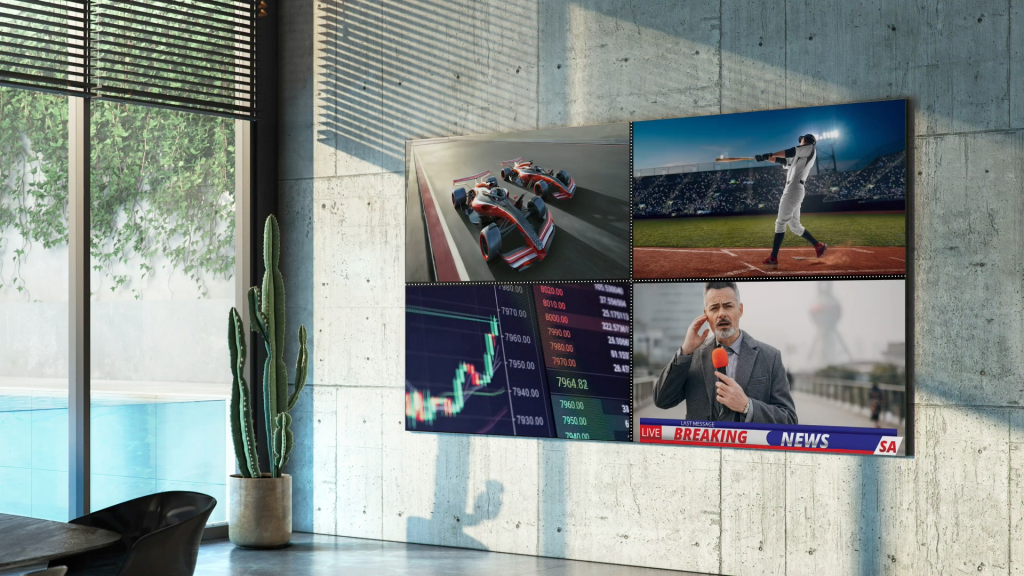 But before we get too far ahead of ourselves, let’s take a look at what makes MicroLED so special.

At its core, an individual MicroLED is the same as any other light-emitting diode that’s used to backlight a TV, it’s just shrunken down. (LED stands for light-emitting diode.) But when applied to a TV, it can provide the contrast, clarity and detail of the best OLED TVs, while also providing the brightness that you get from the best QLED TVs — in theory, at least.

MicroLEDs are typically less than 100 micrometers, which is about 1/100 the size of your standard TV LED. This gives you an insane amount of control and precision over which areas of the screen are illuminated, and which aren’t. This is especially great for HDR-focused technologies such as Dolby Vision, which derive their entire effect from having very specific, very bright areas of the screen juxtaposed against pitch-black backdrops. 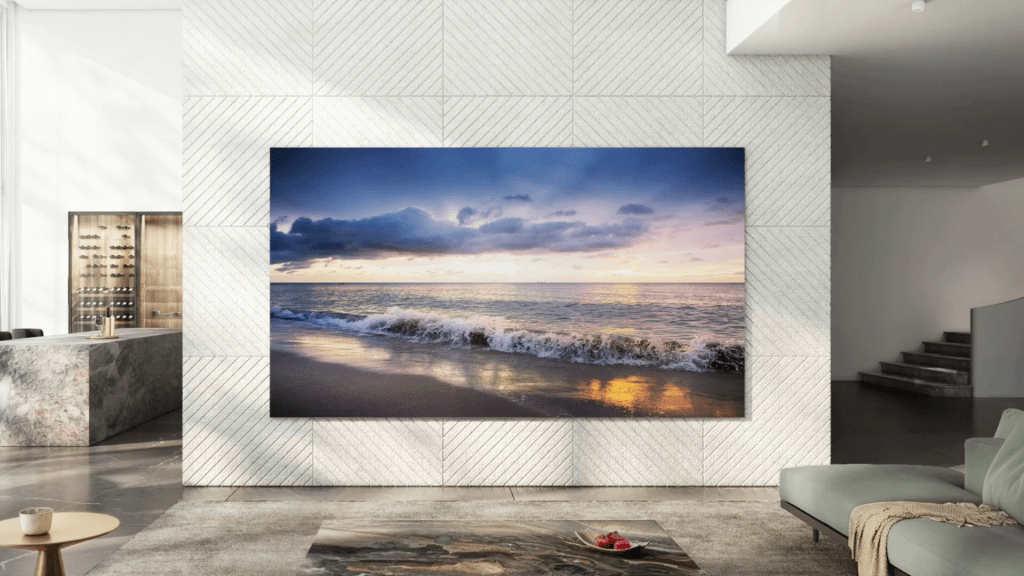 But what really makes MicroLED special is that when used in a TV, it’s not just used for backlighting a more traditional LCD panel (like you’d see with a QLED display). Essentially, you can fit so many MicroLEDs into a single display panel that each LED can function as its own pixel, and they can combine to generate a detailed and vibrant picture without needing an LCD panel built into the TV at all.

Conceptually, this is the same way that OLED technology works, and the big advantage is that these types of displays are capable of contrast ratios that deliver infinite blacks compared to a traditional LED display. But because OLEDs are comprised of organic materials, it can’t get as bright as a QLED display.

This is the difference that MicroLED technology is attempting to split, and so far, the results have been very promising.

What Other Products and Devices Use MicroLED?

While MicroLED hasn’t yet made its way into consumers’ hands, it is quickly gaining popularity with Hollywood studios.

While Samsung has been racing to get its MicroLED technology into your living room, Sony has been more interested in the professional applications of this technology. Sony recently developed MicroLED walls for filmmakers, which it calls Crystal LED. Essentially, these giant LED walls are used to replace green screens on soundstages. The high resolution, brightness and details are so convincing that the resulting footage actually looks like it was shot on location. 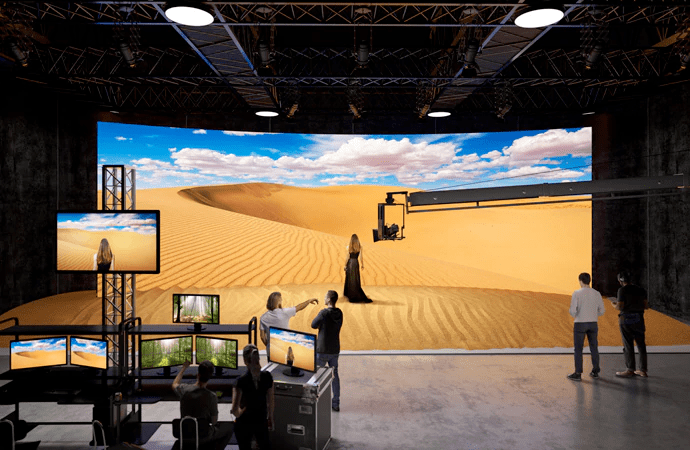 One of the biggest recent reveals that lends credibility to this claim is that everyone’s favorite Star Wars show, The Mandalorian, made great use of an LED wall using similar MicroLED technology.

Industrial Light and Magic, the legendary visual effects studio, described the process in a blog post:

“Over 50 percent of The Mandalorian Season One was filmed using this ground-breaking new methodology, eliminating the need for location shoots entirely. Instead, actors in The Mandalorian performed in an immersive and massive 20’ high by 270-degree semicircular LED video wall and ceiling with a 75’-diameter performance space, where the practical set pieces were combined with digital extensions on the screens.”

Take one look at the scenes that used the LED wall and you should be sold on the power of MicroLED. And if Hollywood is able to pull that off with early versions of this technology, just imagine what they’ll do in the future.

There will also be more ambitious applications of MicroLEDs in the future. Vuzix, a company well-known for making augmented reality products, head-mounted displays and smart glasses, announced during CES 2021 that they were working on a pair of smart glasses that would make use of MicroLED tech.

Looking even further forward, you could also see this in products such as phones, laptops, tablets and VR headsets… basically anything with a display.

This All Sounds Too Good to Be True. There Must Be a Catch, Right?

There are a few things that will hold MicroLED back from being a slam dunk in the immediate future.

First, MicroLED displays are very expensive to manufacture, with a report from InsideLed estimating that they’re 3-4 times more expensive to produce. As a result, early MicroLED televisions are expected to cost tens (if not hundreds) of thousands of dollars. That might seem ridiculously expensive for a consumer TV, but Samsung already sells several TVs in that price range.

They’re also more difficult to manufacture in mass quantities. In other words, it’s really easy to mess up one of these during production if extra care and precaution are not taken. Cramming this many LEDs into a relatively small surface area poses many technical challenges, and it will take some time before the manufacturing process is rock solid.

And finally, it’s still difficult to make a MicroLED TV that’s smaller than 80 or 90 inches. The smaller the TV, the tighter each individual MicroLED needs to be packed together to offer 4K resolution. And unfortunately, that leads to many engineering challenges, such as dealing with overheating. In the near future, expect to see this technology only with large-format TVs, but it’s reasonable to expect that the challenges of producing smaller displays will be figured out eventually. And when it does, expect prices to fall dramatically.

In the immediate future, Samsung recently announced that it will release 110-inch and 99-inch MicroLED TVs in 2021.

Is MicroLED the Same as Mini-LED?

With TV companies forever eager to slap their own branding on industry-standard technologies, it’s easy to see how one might assume MicroLED and mini-LED televisions are the same. But in this case, they’re very different.

As we explained before, MicroLED technologies use LEDs as the pixels themselves, so it doesn’t need a liquid crystal display panel to generate a picture.

While mini-LED technology also uses shrunken LEDs, they’re often between 100 and 200 micrometers, twice the size of MicroLEDs. Mini-LED is only used as backlighting for TVs with LCD panels. This means that while mini-LED TVs still offer an improved picture over a regular LED TV, they are not able to produce the same infinite contrast ratios as OLED and MicroLED displays. 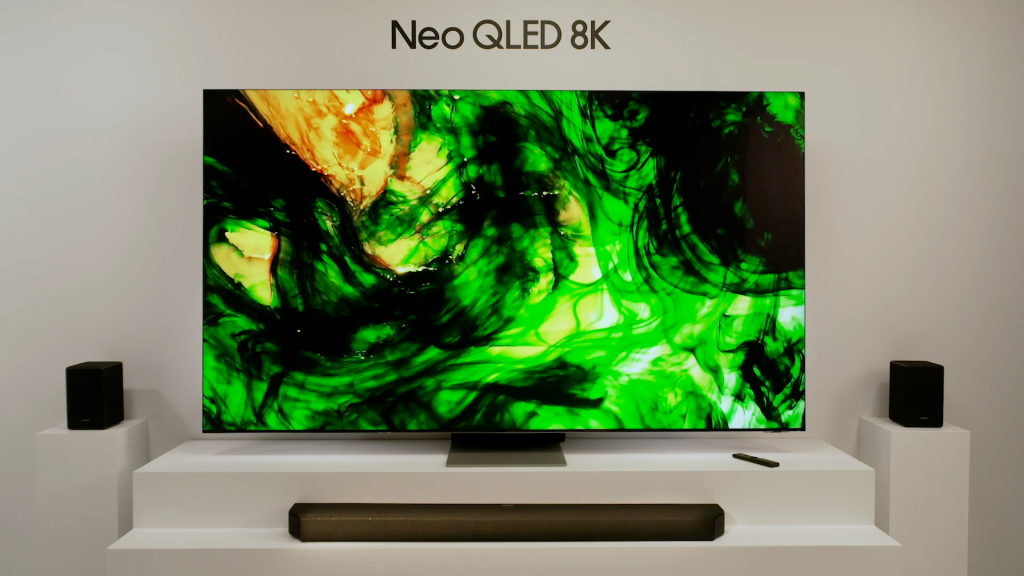 There are some benefits to mini-LED, however. First, mini-LED TVs are widely available today. Second, the technology is drastically cheaper to produce, and you can find mini-LED TVs for under $1,000. Finally, the technology can be combined with quantum dot technology (aka QLED) to boost your television’s picture like the Samsung prototype above.

You can also find mini-LED tech in televisions as small as 55-inches, which means you don’t have to find space for a hulking 90-inch TV for a cutting-edge home theater experience. 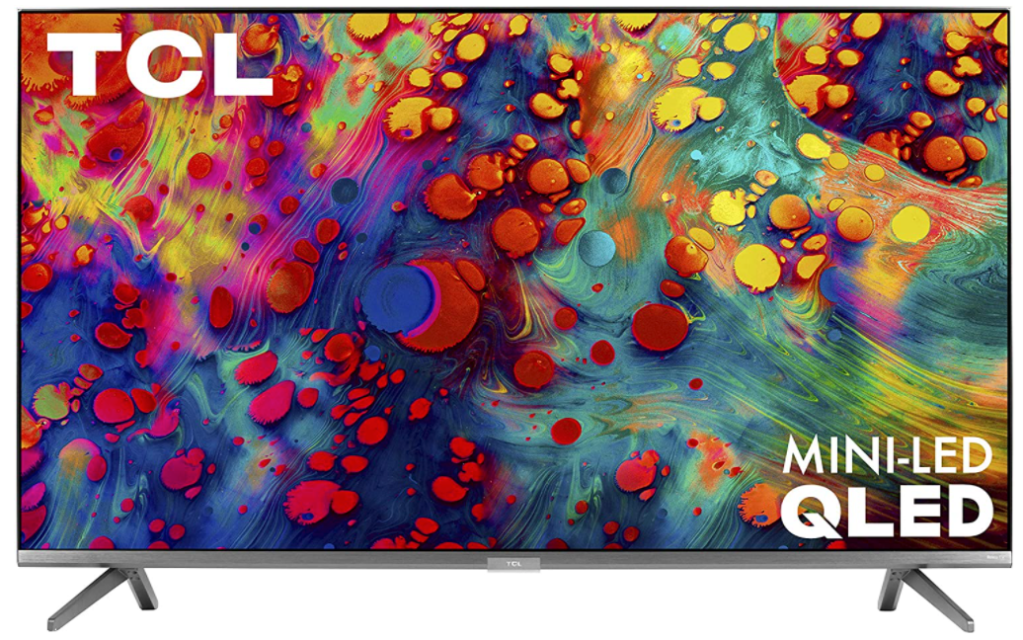 Later this year, expect to see new mini-LED models from LG and Samsung, who are branding their versions of the technology as QNED and Neo QLED, respectively. TCL will also release its updated mini-LED TVs in 2021, which will include its latest tech that it calls OD Zero, and promises improved color, brightness and detail.

When Should We Expect to see MicroLED TVs (and Is It Worth Waiting For)?

While MicroLED will definitely represent a leap above mini-LED and QLED technologies, accessibility will remain an issue for the immediate future. Samsung claims it will release a 110-inch version of The Wall (which uses MicroLED technology) in the U.S. in early 2021, and smaller 88- and 99-inch versions in late 2021. Tech companies can be notorious for not always meeting these self-imposed deadlines, but even if everything goes to plan, these things will not be cheap. Samsung has not released pricing details, but the 110-inch model reportedly launched in South Korea late last year for $156,000. For the vast majority of us, that is simply unattainable. 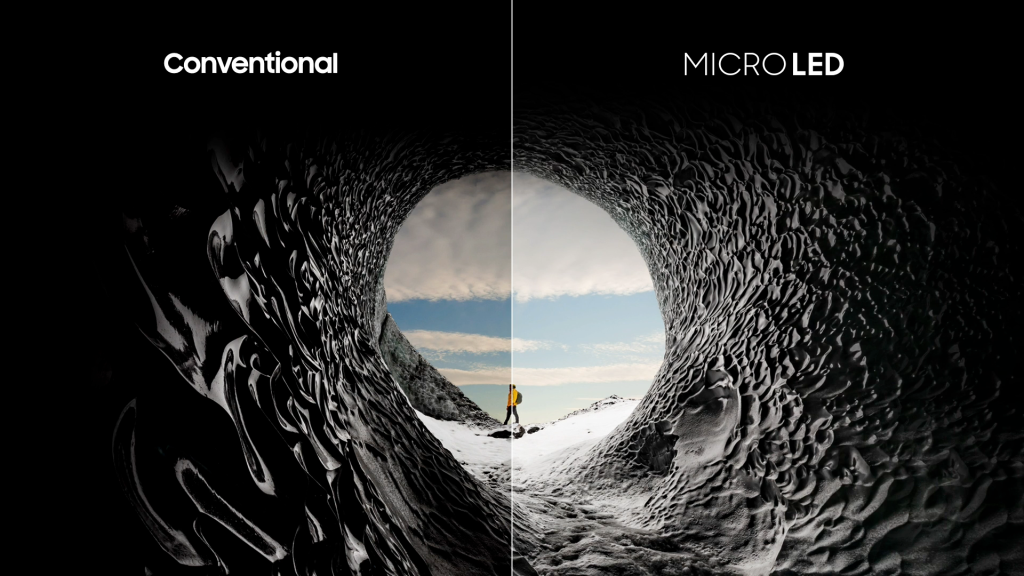 For now, no other companies have revealed plans for consumer MicroLED TVs, but it’s only a matter of time before they do. Realistically, it will probably be a few moree years before a MicroLED TV you can actually afford hits the market, and we wouldn’t necessarily wait that long if we wanted a new TV now.

In the meantime, there are a few alternatives you can pursue.

You can pick up a reasonably priced mini-LED TV now (like the TCL 6-Series) and splurge on a MicroLED TV when they’re available.

You can also take a look at one of the best OLED TVs from Sony or LG. While these are definitely not cheap, they are not as prohibitively expensive as a MicroLED will be for years to come.

Finally, you can take out a mortgage and spend 30 years paying off your new MicroLED TV. Or you could wait a few years for prices to drop — your call.