* Monopoly has been creating hours of fun (and heated arguments) since the early 1900s
* Today it lives on in many diverse, themed versions
* From Sailor Moon to Planet of the Apes, pick up one of these for your next games night

Whether Monopoly is already a staple of your monthly game nights, or you’re looking to re-introduce it after a particularly messy table flipping incident, these themed boards offer a great fan-driven twist on the Hasbro classic.

The game has a rich history, as it was initially invented in 1903 by staunch anti-monopolist Lizzie Magie, who was interested in employing it as an educational tool to explain the complex single tax theory of Henry George. Sadly, as the Parker Brothers went on to develop the game in the 30s, Magie did not receive the credit she deserved.

The game, however, continued to have a diverse life, being utilized by the British Secret Service during World War II, and inspiring economics professor Ralph Anspach to create the game Anti-Monopoly in the 70s. Today, the game has many diverse and highly entertaining versions, and SPY has listed some of our favorites below.

If you and your friends enjoy Sailor Moon marathons until dawn, this game is for you. It takes all the classic rules and practices you know and love from Monopoly, and gives them a magical, Sailor twist, including six tokens modeled after Sailor Moon’s Cosmic Heart Compact, Moon Chalice, and more. It features cards and locations that true fans will know and love. 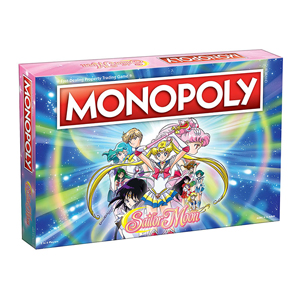 2. Guardians of the Galaxy 2 Monopoly

This riotous Monopoly game tests the theory that a sequel can be better than the original. Packed with your old Guardians favorites (beware of fights breaking out over ownership of the Baby Groot token) as well as some new editions such as Mantis, this inter-galactic board game has you buying gear and equipment for characters, rather than hotels, as they’re much more useful in space fighting. Make this a staple of your next Marvel marathon night. 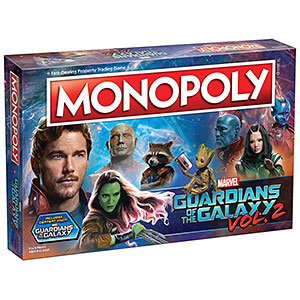 Guardians of the Galaxy 2 Monopoly

See how long you can live and prosper as you work your way around this Monopoly board. This bilingual board toggles between Klingon and English languages, and includes many of the known and loved planets in the Star Trek universe. With custom tokens, combat and honor cards, and plenty of Klingon Forces cash to trade, grab your fellow trekkies for a weekend of fun. 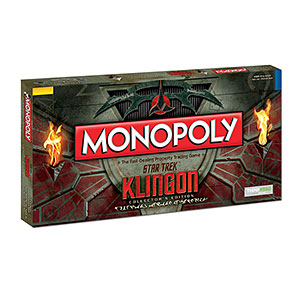 4. Planet of the Apes Monopoly

This game is for fans of the 1968 original, and it swaps out the boring old “Chance” and “Community Chest” for “Human See” and “Human Do,” and “Boardwalk” has aptly been replaced by the Forbidden Zone. The money even features the visage of a notable ape on the front. 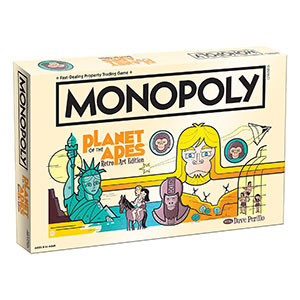 Planet of the Apes Monopoly

Officially licensed by the hit video game, this Monopoly board mirrors the Team Fortress 2 experience of dodging sentries and Heavy. Choose your token, from Saxxy to a Bomb Cart, and trade up in RED barns and BLU factories. This game makes a great break in the midst of an all night Team Fortress 2 session with your friends, or as an introduction to the essential characters and locations for newbies. 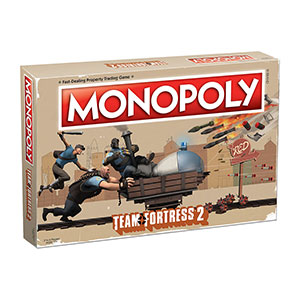 There’s perhaps no better indicator of who you truly are as a person as which Bob’s Burgers‘ token you choose: Bob, Linda, Tina, Gene, Louise or Teddy. Jazz up a Game Night by trying to save the five realms of Worldlandia, and see who can rack up the most “Modest Apartments and Hotels renamed Beautiful Mansions.” 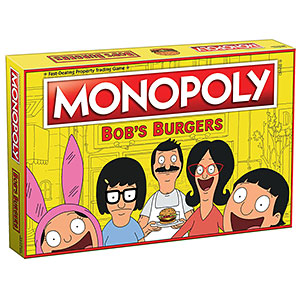 These Children's Games Are Now Made For Adults