Home projectors have come a long way since the old 8mm reel-to-reel version. Film canisters have been replaced with cellphones and laptops, and the projectors themselves are getting smaller and smaller. Trouble is, little projectors often mean little pictures and puny sound.

But before you get all nostalgic for those silent-movie flicker machines, check this out: the Nebula Capsule Smart WiFi Mini Projector by Anker. It’s literally the size (and shape) of a soda can but delivers a huge, 100-inch picture projection and awesome omnidirectional sound. It has a four-hour video playtime on one charge, and at less than 15 ounces in weight, you can slip it in your pocket when the show’s over.

Beyond the 100 ANSI lumens brightness and powerful speaker, the real strength of the Nebula Capsule is just how many ways it can broadcast your favorite media onto that big 100-inch display. The dedicated app allows you to mirror your laptop, cellphone or tablet. There’s a USB port that works with flash drives, and an HDMI input for game consoles, streaming devices and Blu-Ray players. Pretty much the only thing the Nebula Capsule won’t play are those 8mm reels.

The Nebula Capsule isn’t the only mini projector that’s been released in recent years, but it is one of the only products that live up to the hype. 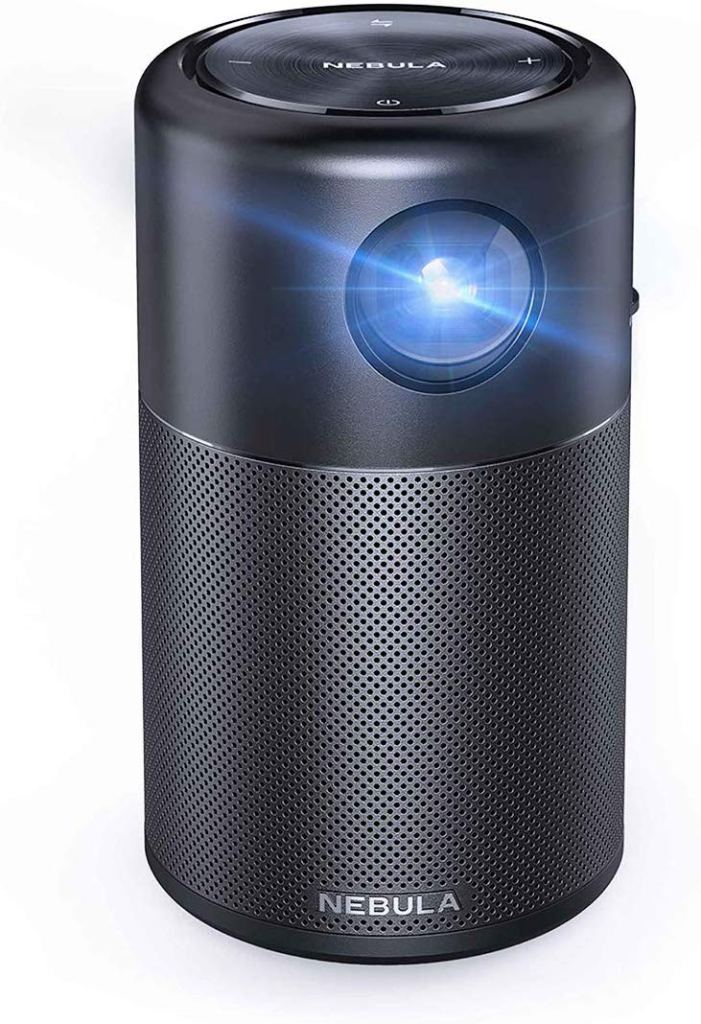 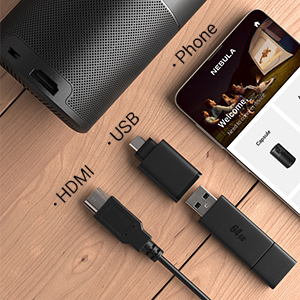 The Capsule isn’t just a projector. Its Android 7.1 brain makes it a multimedia beast, able to run streaming and media apps flawlessly. Netflix, YouTube, even your own homemade goofy videos. That four-hour playback time means you can watch The Irishman and still have time left over for some big-screen Mario Kart action. And if you’re in serious binge mode (Godfather trilogy, maybe?), you can run the Capsule while charging it.

Movies, gaming, YouTube binge, whatever — you can do it outdoors, in the rec room or anywhere with a big flat surface to project onto — and the Nebula app can serve as a remote if you’d rather not risk misplacing the included remote outside. The omnidirectional JBL speaker delivers enough sound, but if you really want to pump it up, it can also connect to a Bluetooth speaker. There’s even a standard tripod screw hole at the bottom of the unit, if you want to ensure a nice level picture.

Check out the Amazon reviews. A strong 4.4 out of 5 stars from more than 1,200 customers, and that’s from a notoriously tough crowd. TechRadar, PCMag, CNET and others have all also given the Nebula Capsule a thumbs-up. For us, the size and portability are great, but the fact it can project so well from so many different sources is the clincher. It’s the perfect entertainment machine for a party. (Just don’t let someone slip it in the drink cooler or recycle bin by mistake.)

Buy Now on Amazon
PhoneSoap Sanitizes (And Charges) Your Phone, Killing 99.9% of Germs