As the daughter of immigrants, Galan learned how to cultivate her own path at a young age with hard work and dedication and she talks all about it in her book, Self-Made: Becoming Empowered, Self-Reliant, and Rich in Every Way . However, she fully embraces her more privileged path, working in billion dollar industries compared to the one of her peers. 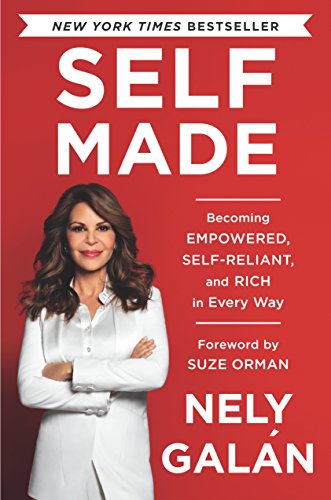 “I grew up in the entertainment industry, being an intern, then an assistant and I really learned the business little by little,” Galan says. “I was very blessed that through all the mentorship I got from all these people, along with my hard work, working my way up slowly and working for seven billionaires, I learned the system and used it to my favor.”

The Emmy-Award winning television producer definitely took advantage of all the sources she had, and used them to build her own empire, eventually working with one of the most well-known billionaires out there, the man who would later become the President of the United States — Donald Trump.

But being on The Celebrity Apprentice (season 7) and working with such a big public figure didn’t faze Galan one bit as she was confident in her own skin after years of working on herself to be ‘self-made.’ So what does it mean to be self-made? To Galan, it means you don’t need anyone to make you happy, because you have it all. 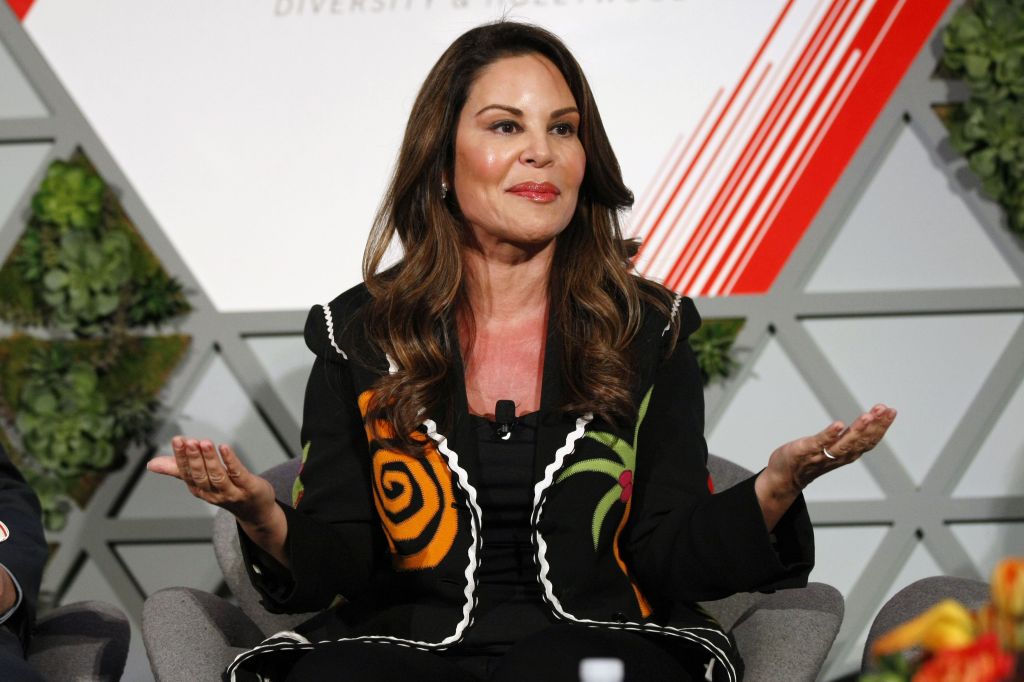 “By the time I met Donald Trump, I absolutely did not think that any man, any boss, any mate was going to be my Prince Charming,” Galan says proudly. “I’m not trying to say to women that there is no love in your life because that’s not true. But to not wait around for a guy to make you happy, and that guy can be your boss, the company or the president. Look at Donald Trump, he’s not a nice person, he’s horrible. But so what, use the tax laws that he just put in and make yourself richer.”

While the rest of the world was waiting for Prince Charming, Galan was investing her hard-earned money from working in television into real estate. She now owns a real estate development and investment company and can say she is financially free and wants to teach other women how they can also become financially free without depending on someone else. “We have to stop thinking about someone over us who’s going to save us. It never happens. You’re just going to be disappointed your whole life.”

It’s no different today. Instead of hoping for a grand Valentine’s present this year from her partner of 12 years, Galan made it happen on her own. “For Valentine’s day, I sent out my newsletter revealing I bought myself a building. That’s the best present I can give myself,” she says.

As you can see, Galan practices what she preaches. “I have a mate, he’s a great guy, whatever, but he’s not my savior. If anything, I’m his savior. People in my life have met him and tell me ‘oh you’re so lucky, he’s such a nice guy’ and I’m like no he’s lucky. I’m a freakin’ boss!”

Yes! #Repost @nelygalan ・・・ Maybe it takes a circumstantial push to get you from investing your all into someone else’s dream, instead of your own. But regardless of how you arrived here, it’s important to recognize that you and your dreams are worth the investment. Once you’ve done this, start taking small, tangible steps to set yourself up for the life that you want. @beselfmadenow

Galan’s practices of being an empowered woman could not be taught at a better time, with the movements of #TimesUp and #MeToo. Working in an industry that has essentially spread more awareness on the injustices of sexual assault, harassment and rape, Galan had her own, unique opinions, pointing out Latina actress, Selma Hayek.

“One of our own Latinas, Selma Hayek, was saying ‘Harvey Weinstein was harassing me and wanted me to be naked in a movie and I did.’ So clearly, Selma at that point in her life, didn’t feel empowered as a woman or didn’t have the money to say screw you, I don’t need your money,” Galan says bluntly.

“It’s different if you’re a gymnast and you’re 12 years old and someone molests you-you’re a little girl. But no grown woman who has her own money puts up with anything from anybody — not a man, not a husband that treats you badly, not a boss.”

The self-made public figure knew there wasn’t anyone better than herself to teach women how to feel empowered economically. “All of this requires a mind that shifts and having a vision for your life that’s greater, and it requires sacrifice and knowing you can get there. I could tell you that no man has ever gotten away with harassment with me because I’ve made money, put it away and I could say to any guy screw you. I don’t see myself with a guy telling me to get naked like, ‘No I’m not getting naked asshole’ because I’m powerful economically.”

Being surrounded by powerful men while growing up did give her that tenacity that she genuinely wants to share with other women. Although she earned her success on her own, that doesn’t mean Galan didn’t have role models she looked up to during her journey. The mother of one admits she would pretend to be others when she wasn’t comfortable in her own skin. “I remember being in the sixth grade, the teacher yelled at me and I was really llorona (cry-baby in Spanish)…I was crying. You know when you go home and say, ‘I wish I could have said XYZ,’ but in the moment you couldn’t think of it? Well I practiced, if someone were to do that to me again, what would I say? I would pretend to be an actress in a movie and say what I think she would say. I felt like I could do it when I wasn’t me and as a result, it would work.” 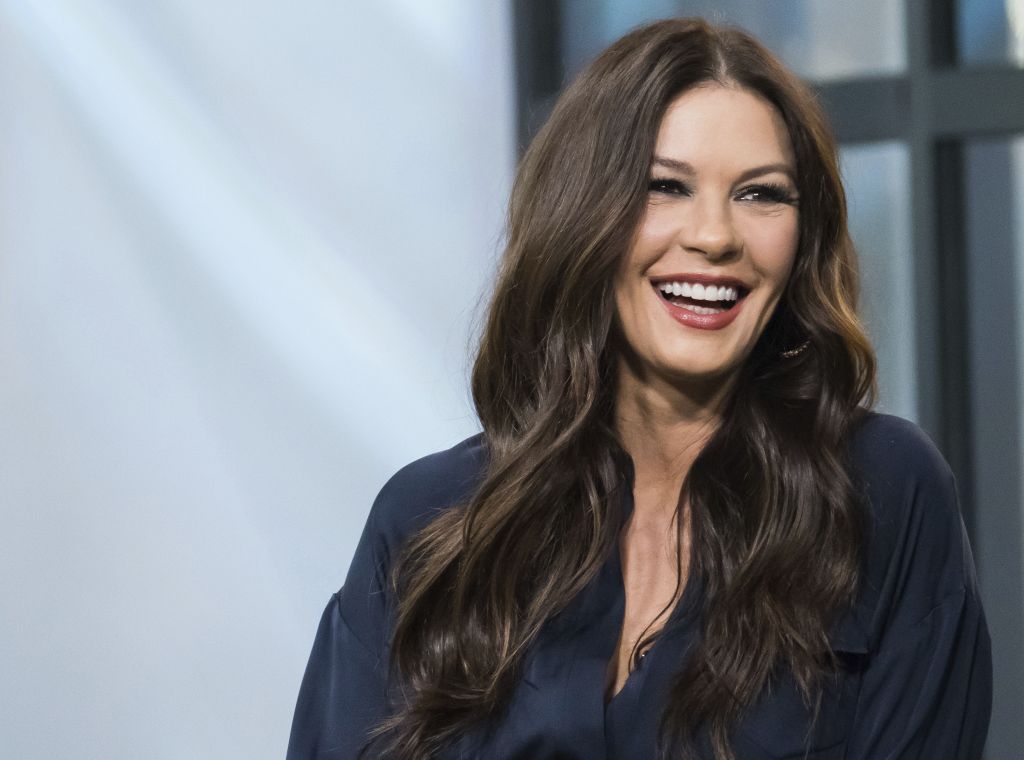 Even this self-made entrepreneur feels those insecurities we all feel from time to time. To this day, she tries to do an impression of someone who we all very well know. “You know I like dressing in sweats but when I have to go to an event and look the part of a bad-ass, I make believe I’m Catherine Zeta Jones,” she says enthusiastically when asked if there’s anyone well-known she looks up to today. “I love how she dresses and how she holds herself as a woman. So I’ll dress up like Catherine Zeta-Jones.”

Galan believes acting is a good skill to carry around to reach success and that there’s nothing wrong with pretending to be someone else in different situations. She even included an exercise in her book for her readers to learn how to intelligently act like others when a certain circumstance calls for it. “I am who I am but along the way, I had to look at other people. It’s like can you lead the way Olivia Pope does with the way she speaks? It’s kind of funny because if you watch the actress [Kerry Washington] who plays Olivia on the late night show, she’s kind of wimpy. But when she’s reading Shonda Rhimes’ words, she sounds like a badass.” 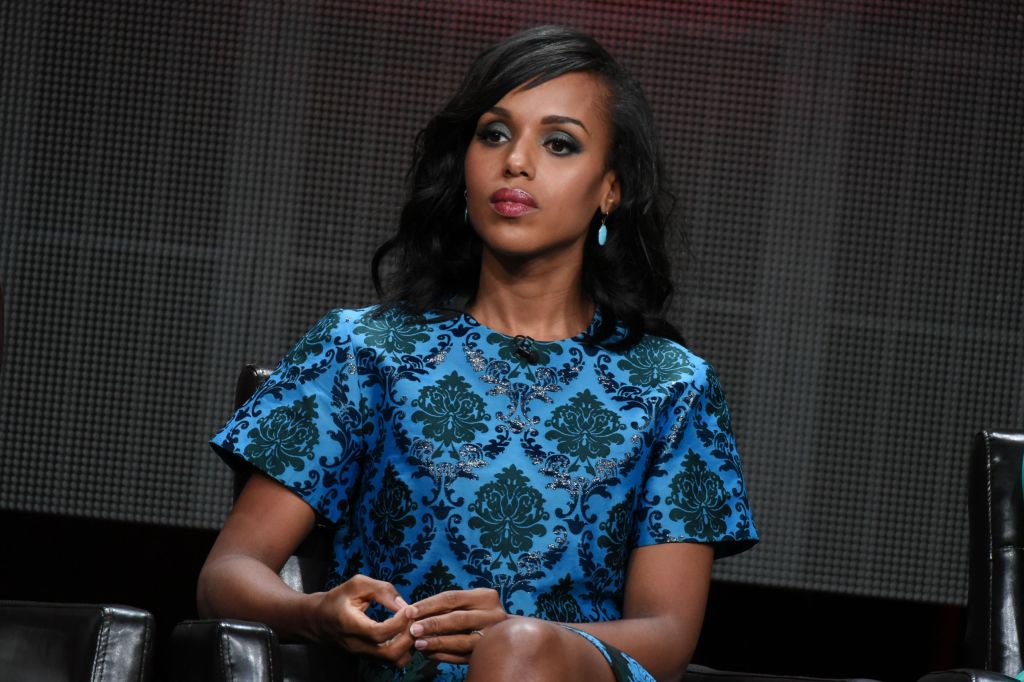 The real estate mogul embraces every part of her journey and is unapologetic about it because it brought her to this point.  “I’m blessed that I really made it my life’s mission to know what rich, white people know,” she boldly said. One public figure she definitely doesn’t look up to is her former, controversial boss. “I’ve worked for seven billionaires and I’ll tell you, Donald Trump wasn’t the worst out of the bunch but did I think he was going to be president? No freakin’ way. All the bosses that I had that were billionaires who were meaner than Donald Trump would say ‘I’m not trying to be president.’ He is who he is. He’s definitely that person that we see who’s very similar to those men with big egos and are rich.”

Galan said she doesn’t really keep in touch with her cast-mates from the reality TV show but she still believes the show has contributed to her success today.

She continues to host events across the country with The Adelante Movement where she teaches women how to be self-made and the financial knowledge she feels is a missing link in women empowerment. “As a Latina, the only woman who talked about money that I looked up to was a white woman and it was Suze Orman.”

She also has a couple of TV projects coming up and plans to write more books. However, you won’t be catching her on another reality TV show any time soon. She’s focusing her energy less on pleasing others – and more on owning who she is herself.